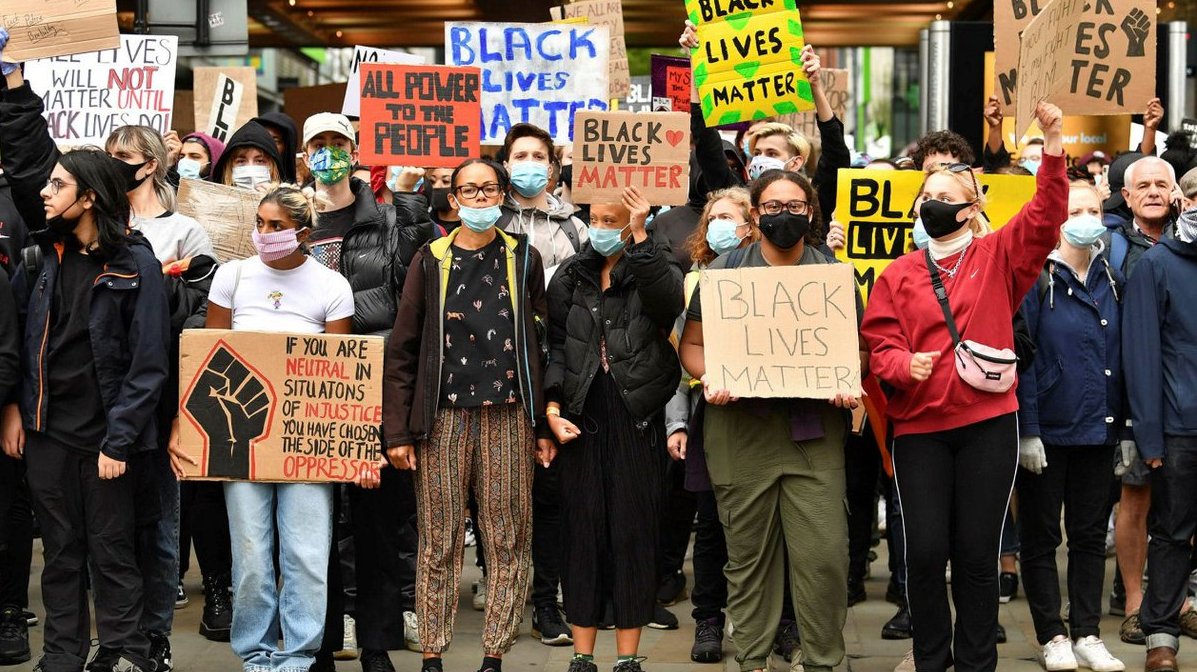 Amidst the pervasive gloom imposed by COVID-19 pandemic when we were waiting and expecting a decisive shift towards a reformed world order in which power rivalries could be lessened and wherein a new human-centric sustainable model would be upheld, we got flabbergasted by China’s offensive inroad at Galwan valley in eastern Ladakh sparking off a new geopolitical tension in South Asia. An earlier signal, however, was intercepted from Nepal obtrusively laying claim over Indian constructed border road passage via Lipu-Lekh. But if it was a partial jolt to the theory of new Asian century in which prophesy of cooperation and development partnership was supposed to replace narrow fight for geopolitical contestations much of which flows from the colonial background, the endemic and far-too catastrophic damage was wrought with the news in the air rendering us fully awe-struck by the ghastly racial discrimination in the United States. As such the optimism to formulate the principles of a new society could be said to have received a deadly blow, thus, making it all the more imperative to delve deep in the malaise as how in such an advanced industrial society like America with great democratic heritage could collapse into the abyss of ‘colour riot’ even at the end of the second decade of the twenty-first century.

The normal human mind gets rebellious with the provocation meted out by barbaric racial discrimination which is an anathema to humanity and modern society. It exposed the contradiction of the sugar-coated modern existence which thrives on the idea of ‘binary oppositions’ that divides society, community and people as self-other, black and white, good-bad and so on. The practice has not only existed in the world or intensified in some form or other but the recent racial violence in the US reminds us that the core of the western world has not changed much with its domestic suppression of ethnic voice and internationally also there is the perpetuation of the unholy desire of imperialist races to dominate over, enslave and exploit backward and helpless peoples. No doubt, if we revisit the past it would be amply clear how the history of colonial conquest had taken place with shrewd stratagems and maneuvers. It not only created subjugation and hierarchies of ‘race, ethnicity and gender’ but also how it gave birth to and helped to perpetuate slavery by giving it a sort of legal sanction.  The injustice of such a policy is patent to everybody except the party that benefits. For, race and colour are the result of geographical location and biological processes for which man is not surely responsible.

Unfortunately, in the last century too, German scientists and philosophers sought to give to the conception of race differences, a sort of pseudo biological sanction, the object of which was to prove that racial inferiority is a permanent and unalterable fact; that the Aryans were destined by nature to be rulers of mankind; that the Germans were the inheritors of the pure Aryan strain, and next to them, were the white races generally; and, as such the white races had acquired the right of holding the ‘coloured’ people in permanent subjection. The recent events in the United States, which claim to be a Great liberal-democratic country, have once again become the epitome of racism in the 21st century. Is it because of such World Order that people and World Leaders have been fighting so bloodily since time immemorial? Where is the promise of an ideal World Order where everyone will live freely, equally, democratically and without the scourge of racism?

George Floyd, an American, died on 25 May in Minneapolis (USA) after a white police officer pressed a knee into his neck. The visual rapidly went viral in the social media platforms creating a worldwide backlash against the oppressive regime and its false flaunted claim of emancipation. It was once again evident that despite American advocacy and rhetoric of human rights “there is strong adversarial relation to the state” which apparently maintains politico-ideological posturing but in practice very much unwilling to accept the legitimacy of human rights for these rights keep on questioning the bias of the political authority and its narrow agenda of intervention in non-western societies. The murder of Floyd, the latest specter of police violence yielded clear evidence of how the establishment has become dehumanized to the extent of perpetuating systematic and ‘structured discrimination’ resulting in a series of deaths of black men and women at the hands of police in America. If such acts can occur during the current pandemic when the administration is supposed to be especially sympathetic to the rank and file including the Black people getting infected en masse, it is perhaps no fancy hypothesis that the American blacks are the most marginalized, suppressed, alienated and vulnerable community in the country.

Nations around the world have watched in horror at the five days of continuous civil unrest in the United States following the death of a black man being detained by police and offered support in solidarity with the protest of the American demonstrators. The outrage that followed Martin Luther’s assassination in 1968 shook the American conscience; today once again a bold reflection of that public anger can be noticed throwing overboard the panic of the Coronavirus in America. Thus the hardening of World Opinion will be an encouragement to the American black people to continue their struggle, to mobilize all their forces and to fight for their human rights until the oppressor is brought to reason. It is quite commendable that Amnesty International USA in its statement while calling for a de-escalation of the situation has also asked the administration to restrain from excessive force application against the protesters and also urged the federal government to address the root cause lying in racism and white supremacy.

To tune our discussion in order to link it up with the weltanschauung of future world order, here we can pertinently mention that if the Sino-centric world is anathema so also American hegemony has failed to live up to our imagination to qualify as a legitimate guide for the nations. So, it is clear that in shaping the future world order we cannot just rely on the grandiose power architecture that either side represents. On the other hand, India’s reputation abroad lies in its amicable approach and argumentative position perched on disarmament, nuclear-non-proliferation, struggle against apartheid, etc. It does not mean India’s multilateral diplomatic stance has always been apocalyptic of highly laudable aspirations. Nevertheless, there is no gainsaying the fact that some broad strategic visions/categories/approaches like the Gandhian approach, Nehruvian approach have sufficient inputs and intellectual strength to create a new exploitation free world order. We do not know whether these lasting formative influence will evaporate as India tends more towards assertive-realist approach but even the present leadership under Prime Minister Modi has been using some acronyms like Soch (i.e. thought), Samman (i.e. respect), etc. to construct a discourse which seems least likely to be exclusive but which evoke a collective, sharing, empathetic and sustainable future.

Gandhian Approach: The key elements of Gandhi’s philosophy included ideals of truth, nonviolence, tolerance and idealism mixed with the notion of ‘Vasudhaiva Kutumbakam’. Essentially most of these elements continue to inspire India’s foreign policy even today. Some of the key features unquestionably inspired by Gandhi were: Deciding foreign policy issues on merit; Moral, diplomatic and economic support for the struggle against colonialism, racialism and apartheid; non-violence and the quest for nuclear disarmament; and India’s role as an international peacemaker.

Elements of Gandhi’s philosophy grew from no Morganthauan axiomatic but it evolved from India’s universally acceptable principled struggle against the colonial-imperialist force. It created the normative core that helped India to gain rare moral clarity and courage on world issues. It also gave India influence in world affairs out of proportion to its real economic and political strength and made it the leader of the developing countries. However, the Indian foreign policy based on elements of Gandhi’s philosophy was considered as naive and idealistic, uninformed by the realities of power rivalries. India also made mistakes by following Gandhi-inspired foreign policy, for example, the referral of the Kashmir issue to UN in 1948, the ‘Bhai-Bhai’ policy towards China and India’s aversion to using force during the Tibet crisis in the 1950s and it was an instance of missed opportunity to uphold Tibet.

Nehruvian Approach: The Indian National Congress party had as early as the 1920s adopted a resolution expressing a desire to establish cooperation with the neighbouring countries. It was mainly due to Nehru’s efforts that since the mid-twenties the Congress party began to take interest in international affairs. After 1927 Nehru took an active part in formulating the foreign policy of the Congress that was in effect its first foreign policy statement. It contained a declaration that India should not participate in imperialist and any other war. India’s fancy ‘Panchasheel’ is Nehru’s valuable contribution to the world, as it first received world attention when he and Zhou Enlai issued a joint statement in Delhi on June 18, 1954. The basis of these principles is respect for territorial integrity and sovereignty, and non-interference in the affairs of other peoples.

Today, however, we find Indian foreign policy is tending towards what may be roughly called hard power approach. Hard Power describes a nation or political body’s ability to use basically military strength to influence other actors’ behaviours. In this way, it is the ability to use the carrot and stick approach and military might make others follow one’s will. Hard Power strategies include a wide range of measures geared toward coercing or threatening others into compliance. However, it has been argued that showing off Hard Power are meant for overemphasiSing military might and intervention as well as coercive diplomacy. At times, it becomes a necessity but it cannot be a thumbs rule for all the foreign policy challenges that India faces. Even hard power cannot be the best handle to solve critical issues of strategic terrains. On the other hand, India is a progressive country that is wisely focusing on science and technology as its main driving agent in the 21st century. Technology will determine the rate of future progress for any country. That is why India is moving towards becoming a technology hub in this region of Asia. But here again, India needs to be very cautious in dealing with China because like China we cannot afford to behave like an aggressive and predatory state. In this context, we have to keep in mind that despite our bid for great power status we cannot involve in sabre-rattling with China but as Sunil Khilnani expressed that India’s grand role beyond dispute resolution would be “bridging the gap between the world’s powerful and powerless countries, using its power of persuasion” and credibility. So, today, when a new cry for rights is erupting to create a far more cogent human rights discourse probably India needs a more nuanced approach in order to legitimate the use of power. It can neither be accomplished by antagonizing Beijing nor by tilting towards the US. We think at the present juncture Gandhian approach can be a veritable panacea because it is anti-western and deeply ethical and emancipatory.