Indo-Pacific in the Post Pandemic World: Opportunities and Challenges 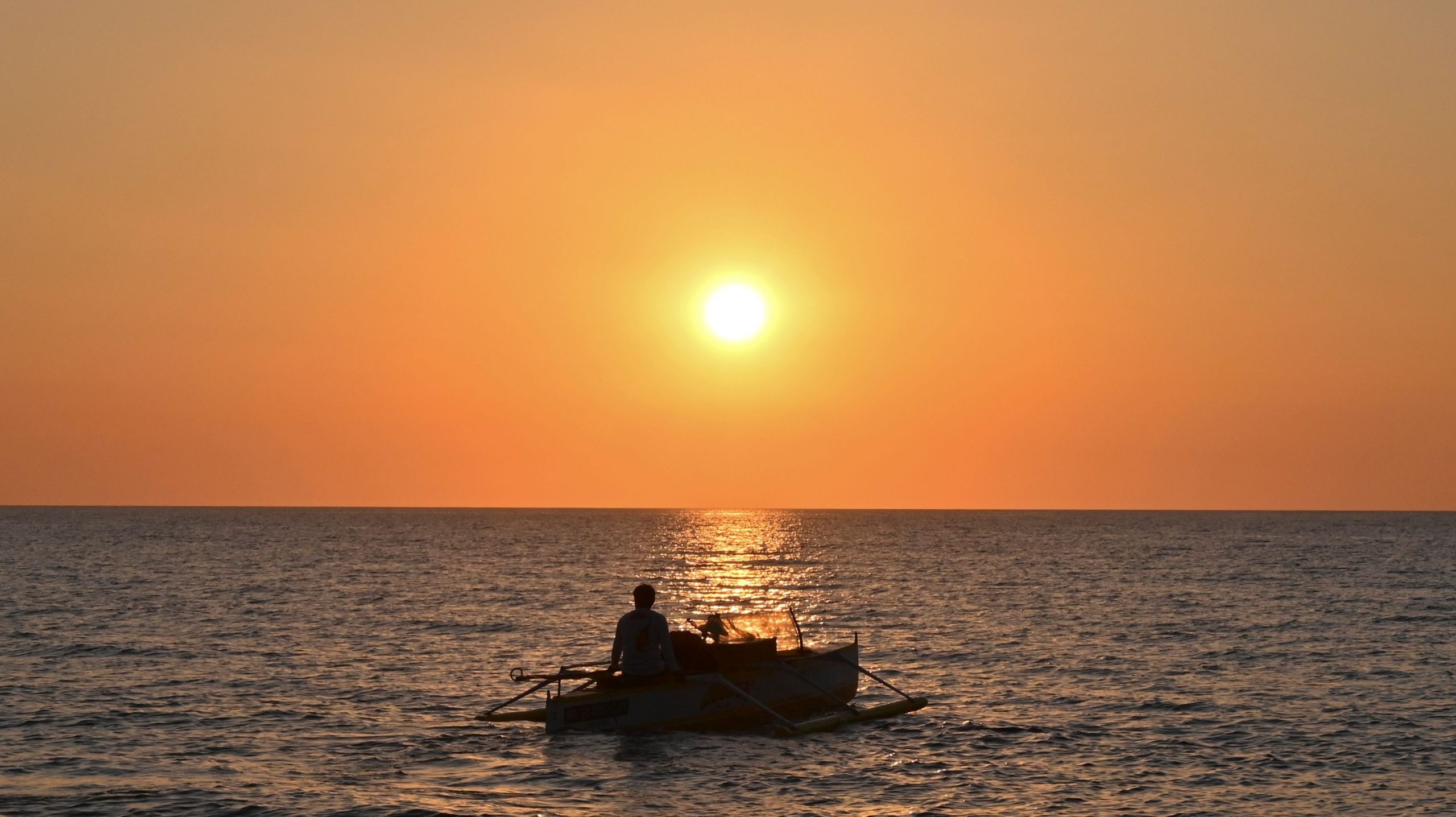 It is said that critical times are crucial to demonstrate the vitality of an object. As the world is engulfed in the crisis due to the fallout of the COVID-19 Pandemic, the Indo-pacific region is undergoing a series of dynamism in an attempt to reshape and re-balance the power in the post-COVID world. The recent actions targeting the expansion of G-7, reassessing the Quadrilateral (QUAD) alliance membership and Chinese adventurism in the major thrust areas of its foreign policy indicate a possibly great game in the Indo-pacific in the post-pandemic phase.

DYNAMICS IN THE GREAT GAME

The hardened state of affairs between the US and China due to trade wars is most likely to get worse in the wake of the pandemic. And, in this light, the Indo-pacific strategy will remain on top of the geopolitical trends in the post-pandemic world.

Post-COVID world order will create a larger scope for counterbalancing geopolitical developments. For this, the QUAD comprising of the US, India, Japan, and Australia will have to be strengthened and possibly be reshaped. Geo-political swings in the Indo-pacific may lead to the involvement of extra-regional allies. The US policymakers were already considering a possible expansion in the form of QUAD PLUS to include New Zealand, South Korea and Vietnam. Now, the seven-country call of the US Secretary of State Mike Pompeo during the coronavirus crisis included countries like Israel and Brazil indicates that the US may move beyond indo-pacific in its strategy to counterbalance China. This will expand the US’s outreach in the Indo-pacific.

It is speculated that the post-pandemic world will see even more hawkish China ready to exploit the free market vulnerabilities in the South East Asian (SEA) region. The region will become a theatre of resurgent competition as Companies leaving China may prefer to concentrate on SEA especially in Vietnam. Thus, competition and balancing act will intensity post-pandemic Indo-pacific geopolitics.

In the times when global supply chains have been disrupted and newer ways are required to rebuild the patterns of trade and commerce, Washington should leverage its network of the alliance in the region to strengthen its leadership in multilateral development banks to catalyze effective responses. The breakout of the pandemic has demonstrated the need to reform the institutions of global governance which are allegedly proving to be antithetical to the liberal international order. The allies in the region should be opportunistic to develop deeper engagements to make institutions like the World Health Organisation (WHO) more robust. At this junction, recently acquired chairmanship of India at WHO becomes crucial. Thus, reforming multilateralism and channelizing the global supply chains in a favorable direction to suit a multilateral world order should be considered as priorities in the post-pandemic diplomacy alongside countering Chinese adventurism in the region.

Considering the threat of region becoming the hotbed of future conflicts, the region will need enhanced security cooperation arrangements to persuade potential adversaries that any pre-emptive actions will be costly by projecting combat power at the time of crisis. It provides an opportunity to ASEAN, QUAD+, UK led five powered defense arrangements comprising of UK, Malaysia, Singapore, Australia, and New Zealand to come together against hegemonic and unilateralism exercised by China. It would be pragmatic as China is largely dependent on these countries for energy exploration in the seas. It also becomes relevant since China is already assuming an offensive role at India-China border face-off during the time of crisis which shows China’s pre-emptive strategy to prevent any anti-China actions once the crisis starts to flatten.

The QUAD alliance also needs to strengthen its solidarity in major areas of developments concerning not only geopolitical but also economic. The alliance needs to work beyond the China factor and collaborate on holistic issues faced by the countries in the region to build a strategic interdependence away from China. To keep its allies in place, Washington needs to lure countries through trade and development. Due to the fallout of the pandemic, it becomes necessary to build mutual resilience in the post-pandemic world to handle another economic pandemic (global recession and economic slowdown).

In the first place, the post-pandemic environment in the region will be marked by a volatile yet aggressive involvement of China. PRC has already threatened Australia for counter-measures against inquiries for the origin of coronavirus.  PRC’s mid-crisis patrolling in the South China Sea demonstrates continuations of its ‘Salami tactics” in the strategic region. The region covers the highest risk of a military confrontation of the US and China in the post-COVID political developments. Washington’s deployment of the THAAD missile system in South Korea and the enhanced budget to its naval command in the Indo-pacific signifies a possible risk of confrontation amid a speculated new cold war between both the giants.

Secondly, this year’s US Presidential elections are going to be decisive not only for the domestic politics of the USA but also in reshaping the post COVID world order. It is yet to see whether QUAD survives a major change in the leadership of participating allies. Also, the challenges remain to see how Washington will deploy new agencies as a tool for showcasing the US’s financial and economic leadership towards developing nations in the region.

Thirdly, Washington’s attempt to garner the support of Latin American Countries like Brazil and African nations will remain in doldrums owing to heavy Chinese investments in the region. Chinese soft power in the times of pandemic has been complemented with aid and health diplomacy around the world. This will further deter nations to join a counterbalancing alliance against China.

Fourthly, the outbreak Coronavirus could increase the salience of energy exploration in the South China Sea (SCS). Consequently, Chinese belligerence in the region could grow even stronger. The narratives of China practicing its ‘lone wolf diplomacy’ will make the region more vulnerable.

Fifthly, China will emerge out to be one of the least affected by the Crisis, and Countries like the USA and India be the worst. This will re-balance power in favour of China. Most of the countries including USA and India will be more dependent on China for trade and investment, China may well find itself in a position to enjoy the bonus at the expanse of its adversaries and will leverage all the opportunities to showcase muscularity in both geopolitical and economic spheres.

Last but not the least, despite all counter alliance mechanisms, there is an apprehension that will the US be a reliable partner? This is evident as recently in India-China border face-off, the US offered for mediation instead of backing India as a strategically. Gone are the days when American security comes without a price tag attached.

In the post COVID world, India needs to quickly develop its role in the region and assume greater responsibility in the QUAD in particular. The good news is that while the region is facing several challenges, India is always a part of the solution for the USA and other major actors. India will occupy the UNSC seat (Non-permanent) and will host BRICS in 2021. Thus, India is in an advantageous position to strengthen its bilateral and multilateral ties with the countries in the region vis-a-vis leverage its position to emerge as a leader of the grand alliance of small littoral states in the region. India has welcomed the US’s proposal to include India in the expanded G-7 to be called G-11, which China will refuse to validate. It recognises India’s vital role in the region and will alleviate its stature as a leading economy. India must stand confidently among allies to collectively counter the threats around the fall of multilateralism and the rise of China in the post-COVID world.

3 replies on “Indo-Pacific in the Post Pandemic World: Opportunities and Challenges”