A Nexus of Two Crises: COVID-19 and Climate Change 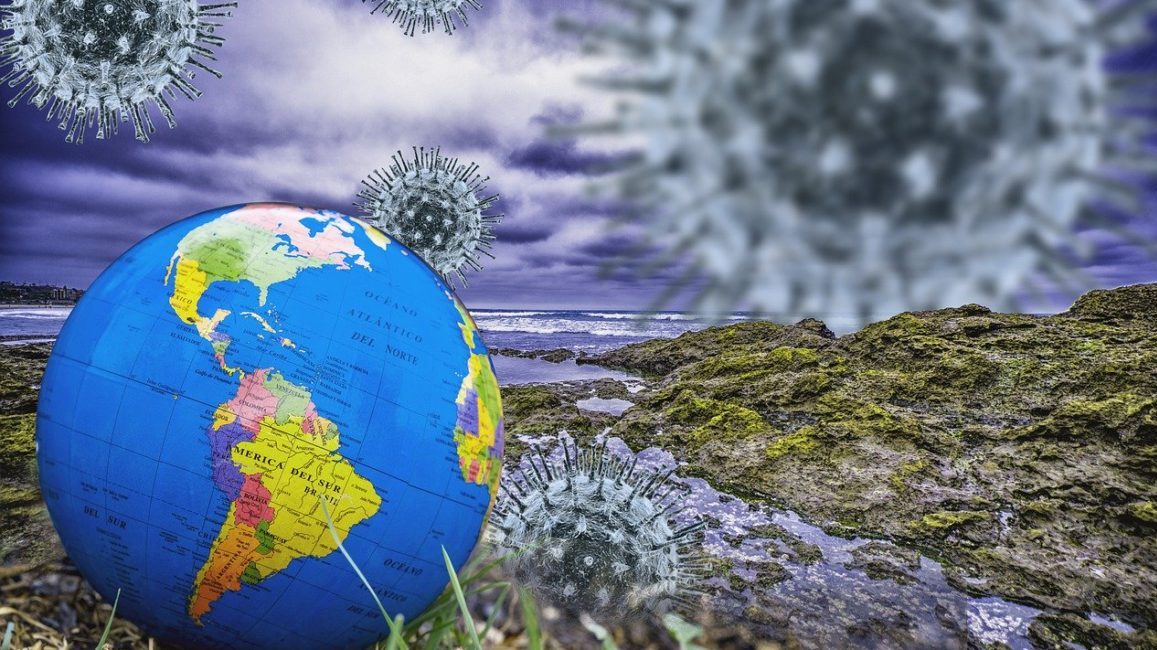 The COVID-19 pandemic is considered as the most crucial global health calamity of the century and the greatest challenge that the world has faced since the end of World War II. With a crisis that affects all aspects of life, its impact on the environment and particularly climate change could not be far behind. With most countries which previously were or are continuing to face restrictions and lockdowns, human mobility is largely reduced. Since the aviation industry and other means of transport are operating under restrictions, carbon emissions have declined with a further drastic improvement in air quality in most regions.

CO2 emissions have reduced to such an extent that we are living through the biggest carbon crash ever recorded, never seen before in the case of any previous war, economic recession or pandemic in the preceding century. Only in a few months of dealing with coronavirus, the CO2 emissions across the globe went down by around one billion tonnes. For instance, NASA’s satellite images have evidenced the pollution reduction in China right after the carbon emissions had dropped by 25 percent in four weeks of lockdown.

The rate of carbon emissions is intrinsically associated with the GDP of the world. In 2019, 40 billion tons of CO2 were emitted per USD 88 billion of the world’s GDP. Extrapolating this data onto the prospective future indicates a declining trend towards carbon emissions in a similar proportion as the world economy is likely to face recession. According to the International Energy Agency, the world will likely use 6 percent lesser energy as compared to the previous year’s average. A drop in road transport activity and air travel continues to be the major causal factors which have led to a historic shock in the entire energy world. With CO2 being the principle pollutant, such a trend has had a positive impact on the global climate.

Further, owing to the fact that energy accounts for 60 percent of the emissions globally, tackling emissions from energy becomes a very essential phenomenon for climate change mitigation and adaptation. The coronavirus pandemic is expected to accelerate the shift from expenditure on fossil fuels towards investment in renewable energy. In a post-pandemic world grappling with economic recovery across most sectors, the oil and gas industry are also certain to struggle. This will lead to fewer jobs in that field, while changes in commuting, air travel and manufacturing may encourage businesses and governments to reconsider air pollution and traffic congestion problems. Variable to the economic recovery of governments across the globe, a recovery for oil, gas and coal sector could prove to be challenging after this recession, given how much cheaper and accessible renewable energy has become. A smoother transition to renewable would be a boon, not just for ensuring energy security for all but also achieving climate neutrality worldwide.

A recent study by Nature Climate Change reports that the daily global CO2 emissions in April 2020 had reduced by over 17 percent when compared to the mean level of emissions in 2019. However, though declining carbon emissions have translated into less air, water and noise pollution, clearer skies, nature seeming healthier than before, the changes still continue to be small and temporary. This level of emission reduction is not likely to last as economic activity will not remain depressed. In order to get the world economy back on track, lockdowns are bound to end, and emissions may inevitably rise again.

Keeping economic activity depressed to April 2020 levels is not a feasible long-term strategy. However, this opportunity could productively be used to drive our “normal” towards a new paradigm that truly addresses the core issues of the climate conundrum. What the pandemic does give with permanence is an idea of the deep changes in our lifestyle as well as functional economic structures we need to implement to effectively mitigate climate change.

The Road Ahead on Combating Climate Change

The pandemic is here to offer us lessons and opportunities leading to environmental action. The development of long-lasting sustainable habits at a macro as well as micro-level is necessary. Many are optimistic that the deadly pandemic has taught governments some critical lessons that they can apply in order to limit the rising temperatures.

The World Economic Forum has suggested several key policy changes to help combat climate change with the economies beginning to rebuild in the post-COVID world. These include promoting work from home among employees by laying the groundwork for a digital future, this is likely to deal with transport sector being a major carbon emitter. Further, expanding cleaner public transport and building climate-resilient infrastructure could shield us from potential climate threats.

Leading by example is the European Union, which on 27th May has unveiled a USD 825 Billion recovery package for the coronavirus pandemic that includes plans to equally address another global crisis: climate change. This comes in accordance with the European Commissions’ proposal to steer the continent towards carbon neutrality by 2050 with the aim to avoid the worst effects of global warming. The proposal builds upon various efforts by the Union to ensure the post-pandemic recovery plans remain climate-neutral.

The need of the hour is to tackle the public health crisis in a manner to sustain the functional economic system that supports people without threatening the life of the Earth. The challenge remains that the economic recovery across the world must have a green focus. The revival of the economy has to follow a holistic approach, such that it reduces risks from climate change and at the same time ensures access to healthcare services for the most vulnerable. We cannot forget that though the climate may be in good condition owing to the outbreak, it is certain that no-one wanted the carbon emissions to be reduced this way. It is important to understand that the pandemic is not a climate change remedy. The crisis does prove to be a loud wake-up call towards another long impending global crisis of climate. However, long-term results to effectively combat climate change will not come from the pandemic but from consistent actions, concerted and coordinated global efforts and response.

Shreya Sinha
Shreya Sinha is a Doctoral Candidate at the Centre for European Studies, School of International Studies, Jawaharlal Nehru University. She holds her M.Phil. and MA degrees from the same school at JNU. She holds her Bachelor's degree in Political Science and History disciplines from St. Stephen's College, Delhi University. She has also been awarded the Junior Research Fellowship in Political Science by the University Grants Commission. Her interest areas include Defense and Security Policy of the European Union, Non-Traditional Security Studies, Energy Security and Transatlantic Security Partnership. She can be reached at https://www.linkedin.com/in/shreya-sinha-5b22611a6/
Tags:
COVID-19 Climate change Renewable energy Energy Security Carbon Emissions
Share:
Share this...