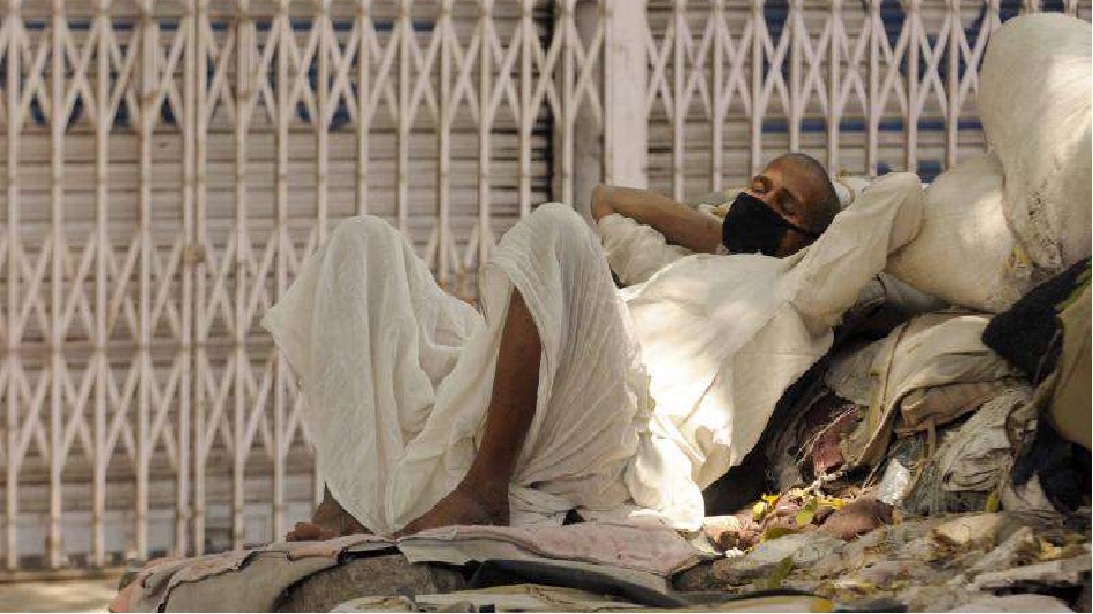 Revoking Simone de Beauvoir’s immortal line from her much-celebrated work The Second Sex, “one must not think that simple juxtaposition of the right to vote and a job amounts to total liberation; work today is not freedom” in the times of the pandemic when neither freedom nor job is certain, is worthwhile.

India faced its first case of COVID-19 on 30th January but unfortunately stayed occupied with other major events of greater importance in February like the historic visit of US President Donald Trump, Delhi elections and its ruthlessly ‘peaceful campaigning’ followed by Delhi north east riots and consequently filling up of refugee camps.

On 11th March, WHO announced that COVID-19 is a global pandemic. However, this important piece of news got submerged under the fumes of toppled Congress government in Madhya Pradesh and it’s after scenes.

Finally, on 24th March, as the clock hit 8 pm, honorable Prime Minister Narendra Modi appeared on TV and announced total lockdown in the country and by a jolt, our lives were brought to a standstill.

This chaotic situation exposed the inherent inequalities which looked dormant to elites and destructive to the poor. On one hand were people like me who had the privilege of enjoying the rain with drums filled with edibles in their kitchen, while on the other hand were people who used similar but empty drums to collect dripping water from the roofs of their Delhi refugee camps, due to the same rain. Worst came when they were asked to evict the camps amidst social distancing norms leaving them with no piece of land to call theirs. Good that we removed the right to property from fundamental rights way back.

If we go by NSSO Employment and Unemployment Survey, 2011-12, it states that India’s unorganised workers make up to 82.7 percent or 39.14 crores of the total 47.41 crores of estimated employed persons, thus, for them, death was on both the sides, either hunger or the virus.

True that they receive minimum support to sustain their lives through public distribution system but the level of ground implementation and the pressing situations lately, all that we can see is that the ends did not meet.

Another end that did not meet the expectations of the then political leaders was the poorly implemented land reforms and lopsided green revolution, which exemplified inequalities (apart from their great achievements) and watered the British induced migrant culture. The sudden lockdown left thousands of migrants majorly from UP, Bihar and Jharkhand unguarded and unprepared to face the wrath of the virus. Left with no money, food and hope, they headed to reach their homes by foot but faced wrath again, this time of state itself. They were mercilessly showered with disinfectants, many lost their lives on the way, and those who survived faced sealed home state borders and were hugely criticized for not following the social distancing norms.

And how can we even forget about social distancing! A little something that we’ve got in inheritance, the cornerstone of our sophisticated societal arrangement of Varna System, better called by Ambedkar as “graded hierarchy”, where Brahmins practiced spiritual dictatorship to legitimize the social hierarchy by not allowing the lower graded castes (untouchables) excess to humanly existence by monopolizing education and elite jobs and thus creating social distance.

Sachar committee report gives testimony to the above stated. The report brings to our notice that Dalits and Adivasis still remain at the bottoms of the economic pyramid as they were before, even below than Muslim community.

The only government department where Dalits have almost 90 percent representation is that of sweepers. A study of Madras Medical College found that nearly 69 percent of the city sweepers suffer from multiple health problems owing to the prolonged exposure to dust. Now, this makes them much more vulnerable to the virus as compared to the rest. We can writ large this image to understand the gravity of the situation on the national scale. About 25 percent of the Indian population is grouped under SC (Dalits) and ST (Adivasis) and both have endured brutal isolation despite the fact that the caste system was officially abolished in 1950. The avenues that were and still are willing to welcome them are that of cleaning, manual scavenging, and waste picking. Not being provided with required gears, they are exposed to greater possibilities of catching the virus with no guarantee of getting medical treatment; health care has always been a luxury.  Also, living in an overcrowded slum leaves absolutely no space for them for more luxurious social distancing.

Another section of people which is doubly hit by COVID-19 is, women. Doubly hit because they are facing pandemic from outside and shadow pandemic (as UN called it) i.e. domestic violence from inside along with being confined to the traditional role of ‘caregiving’, shouldering the much higher domestic burden in addition to their work from home in case they were working.

Much severe is the conditions of sex workers, who don’t even exist. Living in congested red light bastis, working for daily wages to support themselves, struggling with differentiated diseases like AIDS, with no proper sanitation, water, electricity, whose names don’t even come in government relief packages, COVID-19 left them with no room for rescue, so did the government.

Last but not the least, António Guterres, Secretary-General of the United Nations laments, “entrenched inequality also meant that while women make up 70 percent of the health care workers, they are vastly outnumbered by men in health care management, comprising just one in every ten political leaders worldwide which harm us all. We need more women at the table when the decision is taken” and we can’t agree more.

The need of the hour is to bring forward the best of cooperative federalism bringing resilient coordination between centre and states. The bottom section of the society should be provided with food and income security with making health care facilities available to all along with rampant testing, keeping in mind the different needs of different genders.

So while summing up, we refute and bluntly discard the claim that COVID-19 is a leveler! Contrastingly, it intensifies the existing socio-economic-political-gender inequalities, historical injustices and psychological insecurities. It not only strips the poor down but also robes their last penny along with their dignity and will, thus furthering the divide, probably on which the society has been thriving and now, so will be the virus.

The views expressed are personal.