The Upward Trajectory of India-Israel Ties 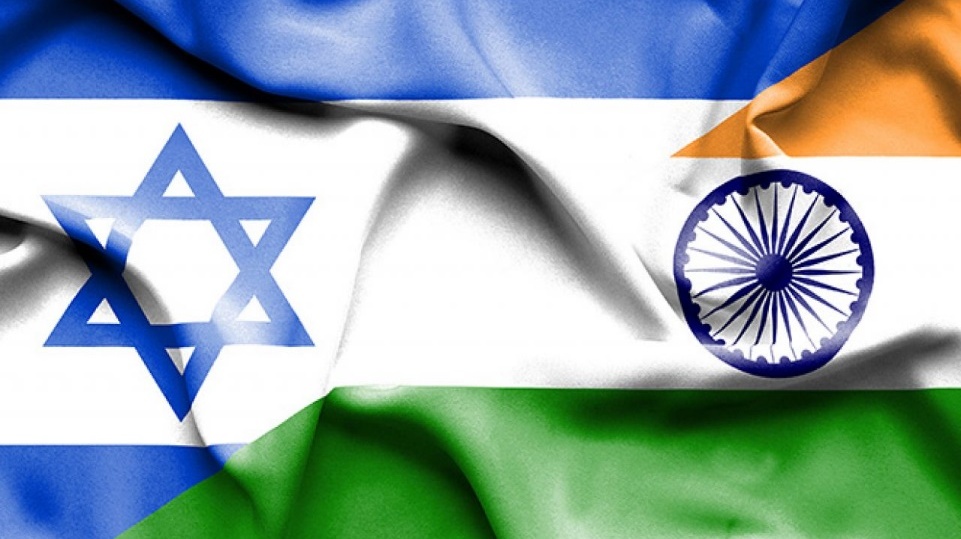 New Delhi-Tel Aviv ties have gone through the roof of late. Although what rightfully amuses a large chunk of scholars of international politics is the fact that it took seven long decades for an Indian government to tap the potential Israel had to offer for the realisation of mutual growth and development.

4th of July 2017 marks a paradigm shift in India’s foreign policy. This is precisely when an Indian Prime Minister finally decided to step on the forsaken soil of Israel. Diplomatic relations of the highest order have existed between the two democracies since the year 1992. Although it remained torpid pretty much all the time due to the absence of India’s overt acknowledgment.

This is not to imply that the concerned nations did not enjoy a diverse range of relations. The field of association ran deep and wide. India and Israel collaborated on the military, agricultural and economic levels. Moreover, Israel’s incessant supply of arms played a decisive role in India’s win over Pakistan on the Kargil frontier in 1999. The unpopular state also came to India’s rescue during the Gujarat earthquake of 2001 with its bit of humanitarian relief.

The nations were always at it but these exercises did not materialise into a substantial and celebratory development until the world saw India’s fourteenth prime minister rising to the occasion, extending an arm of amity. The Israeli PM, Benjamin Netanyahu has been upbeat since then.

Why did India have to hold back?

The relentless act of persuasion of substantive and procedural aspects of democracy seems to be a great common ground for the two sovereign states. Interestingly, the two democracies attained independence at nearly the same point in time. Another point of ease between these influential nations is that of combating terrorism. Both India and Israel are determined to smother radical Islamic terrorism in their respective regions.

Similarly, both countries have been constantly troubled by their neighbouring countries for long. In spite of sharing a wide area of convergence, a number of inevitable variables have adversely affected the growth and stability of relations that both nations would have liked to be a party to.

It is imperative to situate the India-Israel dynamic in a specific contextual framework. Thus, it is safe to conceive that India succumbed to the international alignments of the Cold War epoch owing its allegiance to the Arab bloc for black gold.

Perceptually and historically, Israel sided with the western bloc during the Cold War. On the other hand, India has often been accused of leaning towards the erstwhile USSR, representing the eastern alliance despite leading the Non-Aligned Movement. This antagonistic arrangement barely helped.

Moreover, one cannot be dismissive of the fact that India has been being home to a sizeable Muslim population. Therefore, the world’s largest democracy could not have afforded to infuriate a marked slice of its electorate. At least not while trying to revamp its ties with a state which has been submerged in a sea of controversies throughout its course of history.

Politically speaking, it would have been a sheer instance of shooting in one’s own foot. Therefore, the Indian state before being overtaken by the right-wing leadership decided to take care of its home before impressing the streets. A drastic shift can be witnessed with reference to modus operandi of both nations owing to the rise of right-wing politics.

What has changed since then?

The dynamic and real leadership at both ends of the rope was enough to unfasten an age-old status quo. The Modi-Netanyahu duo with its fearlessness has managed to deliver the much-needed breakthrough. The foundation of this newly initiated and fast-growing relationship traces its roots to a common perceptual security threat and shared interests in the fields of commerce, science & technology, and defence. The stakes have always been too high to miss out on.

India under the astute leadership of PM Narendra Modi has been able to arrive at some far-reaching decisions. One such decision is that of being able to enforce de-hyphenation while dealing with Israel and Palestine. It has been effectively applied by the Indian executive to ensure that India gets its share of the pie by maintaining cordial ties with Israel without getting hurt in the act. India under the guidance of its then External Affairs Minister, Sushma Swaraj did well to not bear the brunt of the international community’s anger by reaffirming its pro-Palestine stance.

The Modi regime has indeed revitalised India’s relations with Israel by implementing the most talked about de-hyphenation. Putting it simply, it helped India’s cause since it allowed the most populous democracy to maintain its humanitarian stand on the Palestine issue while reaping benefits of its association with Israel.

The recent surge in India-Israel ties brought with it a brand of diplomacy India was not known for. It did not involve anything that required India to stand on its hand and foot. Although it still required the executive to make some tough calls evoking a sense of pragmatism and determination.

The very instance of India abstaining to vote against Israel on the UNHRC resolution provided the new impetus. Moreover, ‘twiplomacy’ is another interesting development that has contributed to the spike. It is an element of modern diplomacy that provides a more engaging aspect to the growing ties. Modi and Netanyahu have constructively used the hashtag diplomacy to deliver the goods. The cooperation has deepened in the fields of space research and innovation, intelligence and defence following the historic transition.

By the look of it, it may seem as if India has more to gain from the newly discovered fellowship. Although it would be a gross error to underestimate the impact of an image makeover the world’s largest democracy is willing to give to the troubled state by rubbing its shoulders with it. In a multipolar world order, where perceptions dictate your position, an image makeover certainly helps the Jewish state climb up the ladder. Moreover, Israel’s supply of arms to India continues to serve as the substratum of the strategic alliance.

The bond that has continued to thrive despite the pressing challenges presented by the pandemic only reflects that the realm of cooperation is bound to expand in the approaching years. Coming together is an excellent start. Ensuring longevity while working together is what India and Israel should be looking forward to. Both nations need to remain persistent with the idea of bilateralism to scale greater heights in an uncertain post-COVID international order.

Tanush Handa
Author is currently pursuing his post-graduation in Political Science from Ramjas College, University of Delhi. He is a political enthusiast who seeks to explore the political realm in every possible way.
Tags:
Democracy De-hyphenation India-Israel Twiplomacy Benjamin Netanyahu Modi Palestine
Share:
Share this...

7 replies on “The Upward Trajectory of India-Israel Ties”