India as a Doorway to COVID-19 Vaccine and Treatment 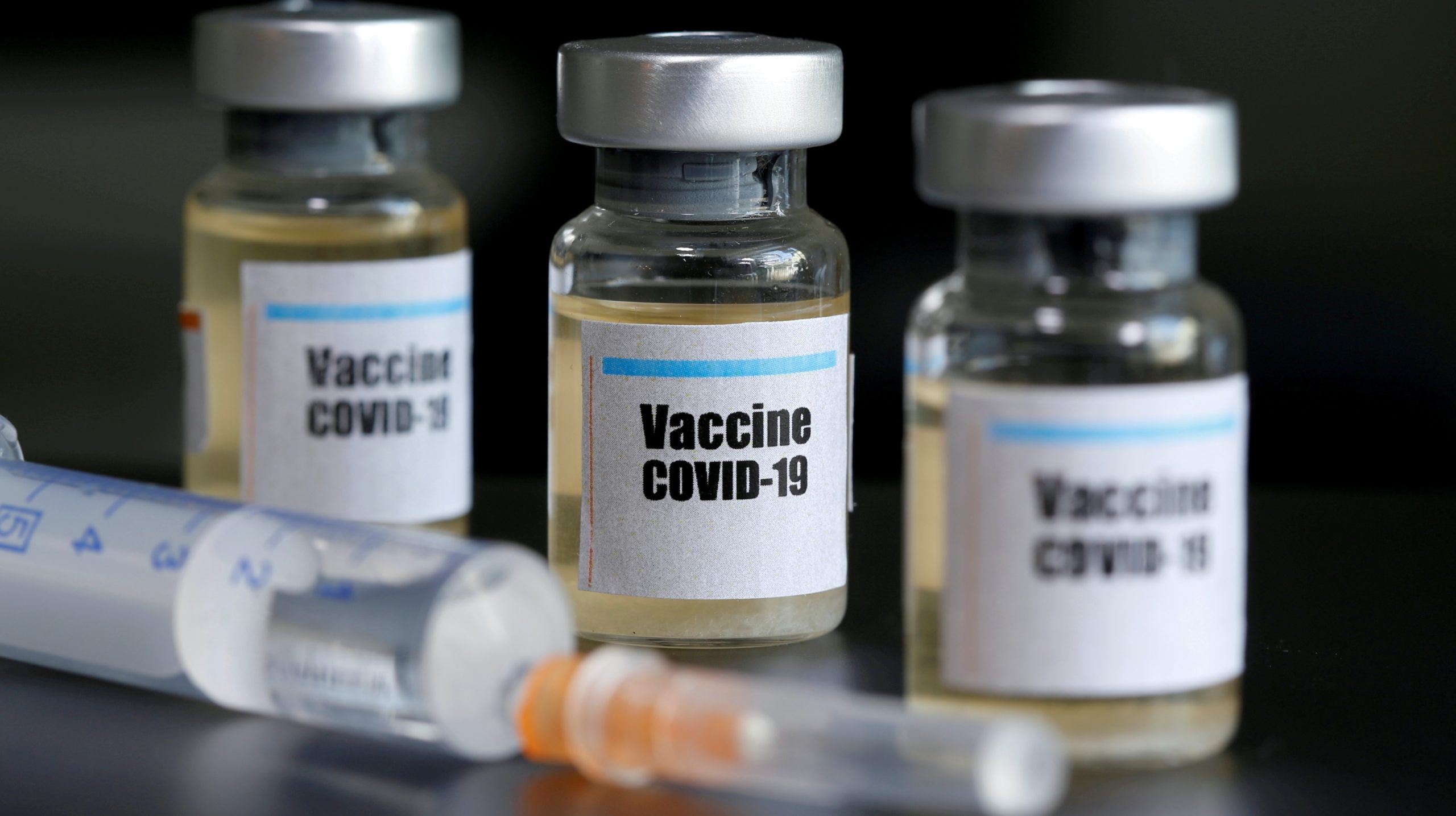 The advent of the Covid-19 pandemic poses a lot of challenges to the world, but none more so than for democracies. Globally there are over 6 million active coronavirus cases currently and India ranks 7th in the world with approximately two lakh active cases. The spread of coronavirus in a country that is the most populous democracy in the world is rapid and the need to come up with suitable vaccines and medical treatment is an on-going need. The imperative to get a precise course of medical treatment along with the development of a vaccine weighs heavily on the government and health care workers.

RACE TO DEVELOP A VACCINE: SPRINT OR MARATHON

In the global race to develop the first Covid-19 vaccine, it is vital to dissect where India stands. The chief scientific advisor to the government of India, Prof K. VijayRaghavan, enlightened the general public in an interview with India Today and said that India is working to develop a vaccine, but the process is not as tranquil as it seems. The question is what happens if India actually develops a vaccine in addition to where it stands in the race to develop the same. People are struggling to make a vaccine by the end of the year which generally takes ten to fifteen years. The cost of manufacturing such a vaccine within this small time frame would definitely go up from the usual 200 to 300 million dollars. In order for this vaccine to be a success, it needs parallel processing; a huge number of candidates from all age groups willing to go through a testing process and the valour to stockpile these vaccines even if they fail to work or if something better comes up.

There are a lot of Indian pharmaceutical companies that are attempting to get a vaccine ready, some on their own and some in partnership with international researchers. There are over 100 attempts to develop a vaccine for Covid-19 and India is leading the vaccine hunt with 30 attempts-restating that India is one of the largest vaccine manufacturing hubs in the world.

The Indian Council for Medical Research (ICMR) has collaborated with the Hyderabad-based Biotech International Ltd. to develop a probable vaccine. The Pune-based Serum Institute of India has tied up with Oxford University into the bargain. They are testing a vaccine using a weakened adenovirus. Bharat Biotech is also involved with two other projects with different groups to develop a vaccine. The PMO has announced 100 crores for various vaccine programmes in the country through PM CARES to further facilitate the process.

Even if India effectively manufactures a vaccine there still remains an ethical concern associated with its distribution. Ensuring that those who “need” the vaccine first are getting the vaccine first must remain a priority. The pandemic could be effectively muffled, if, all states and pharmaceutical companies chalk-out an agreement for a fair and equitable allocation of the vaccine.

The first case in India was reported on 30th January from the state of Kerala. The virus intensified and spread to other parts of the country. By the end of February, the virus took a gnarly turn in India despite following WHO guidelines. The country went under a complete lockdown immediately, restrictions on movement were imposed, markets, hotels and all educational institutions were shut. The government took all the necessary precautions but they weren’t enough. The number of positive cases kept on increasing and India had to look for treatment options for the same.

While the country impatiently awaits the birth of a Covid-19 vaccine, the “plasma therapy’ and the availability and usage of hydroxychloroquine are among the effective treatment options. Additionally, the ‘Kerala model” and the ‘Bhilwara model” have proven to be a way out of this cesspool.

Apart from the drug treatment, plasma therapy-which was earlier, used to treat diseases like Ebola gained widespread attention as a possible temporary treatment for Covid-19. India started plasma therapy trials with hospitals in Uttar Pradesh, Maharashtra and Madhya Pradesh. The therapy involves taking antibodies from a recovered Covid-19 patient and then transfusing them into an active patient’s body to jumpstart the immune system. The treatment requires special machines and a kit that isn’t available in India and is imported from Germany. The Health Ministry even warned against its use stating that the therapy is only at an experimental stage and has the potential to cause life-threatening complications. Additionally, Randeep Guleria, Director of AIIMS, Delhi said it is just one of the many treatment options. It helps improve the patient’s own immunity, and only in very few patients, it has shown some benefit.

India manufactures 70 percent of the world’s supply of hydroxychloroquine according to Indian Pharmaceutical Alliance (IPA) secretary-general Sudarshan Jain-this anti-malaria drug is now being hyped as a game-changing drug in the fight against Covid-19. The drug is banned in a lot of countries and is not manufactured in countries like the USA. The drug has the potential to cause serious side-effects and experts warn against their use outside of clinical trials. Due to the lack of evidence of its efficacy, the World Health Organization suspended clinical trials of hydroxychloroquine.

Nelson Mandela famously said, “An educated, enlightened and informed population is one of the surest ways of promoting the health of a democracy.” Kerala reported the country’s first case on 30th January 2020 and the number kept on increasing, but the state government and healthcare workers joined hands to limit the spread of coronavirus better than any other state in the country. It managed to put a halt to the spread even though it had the most active cases when Prime Minister Narendra Modi announced the first lockdown. While the entire world is following WHO guidelines and keeping patients in 14 days of quarantine, the Kerala government stands head and shoulder above the rest. The state has given priority to extensive testing and 28 days of quarantine instead of 14 days, it declared Covid-19 a state-wide disaster before anybody else and shut schools along with restrictions on public gatherings. The government is now ensuring that no one is hungry during the lockdown through the “community kitchen” scheme. Kerala’s highest literacy rate (94 percent), more empowered women and a robust welfare support system favoured Kerala to act reasonably, limiting community transmission, and imposing lockdowns while at the same time catering to the needs of those who actually need help.

Bhilwara district in Rajasthan was an early Covid-19 hotspot in the country. The Bhilwara model refers to the steps taken by the district administration to contain the disease. It included an extensive screening process, imposing strict curfews all across the district and house to house surveys to check for potential cases. The model’s unwavering commitment to stop the spread of the virus proved to be fruitful and the frequency of cases went down by the end of March. Patients were treated with hydroxychloroquine, Tamiflu and HIV drugs and not a single case was reported after March 31. Furthermore, the district entered into a period of 10-day intense curfew from April 3, where the police personnel ensured the supply of essential products to the public by delivering them to their doorstep.

The pandemic has shined a light on the fact that the race for developing a vaccine or finding a treatment is neither a sprint nor a marathon. It is more of a global collaboration. The only way to come out of this pandemic is to join forces against the gnarly spread of the virus- to follow the footsteps of the Kerala and Bhilwara model. The virus has not only impacted the ones suffering from it but also the ones who are untouched by it. The Covid-19 pandemic offers an opportunity for the government to introspect and create a new normal focused on reducing inequality.