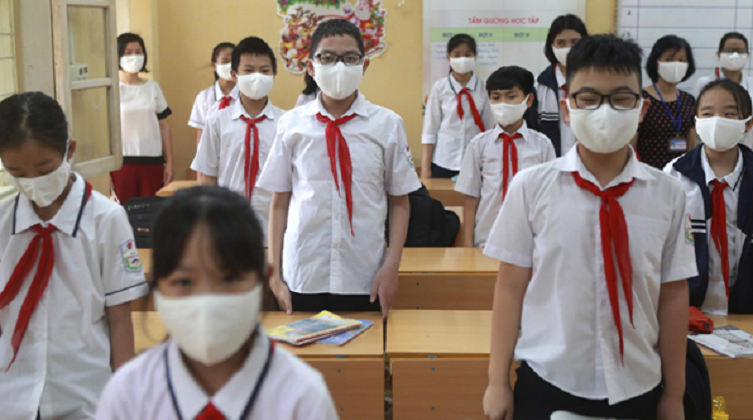 On January 23, Vietnam confirmed the country’s first two positive cases of the novel coronavirus and became one of the first countries to report the spread outside China. Vietnam’s Health Ministry immediately issued preventive guidelines, activated the Emergency Epidemic Prevention Center, and set up 40 mobile response teams. Prior to this, on January 11, Vietnam closed its northern borders with China and after its first reported case, it suspended the issuance of tourist visas to Chinese citizens, as well as Chinese citizens who are permanent residents of Hong Kong and Macau. By February, with 15 cases of COVID-19 in which ten of the cases being reported in the northern province of Vinh Phuc the government on February 11, suspended festivals and sporting events throughout the country as a precaution.  Further, on February 13, officials announced that the city of Son Loi [Vinh Phuc province] was placed under quarantine for 20 days which had the highest number of cases in Vietnam. The Ministry of Health set up testing stations in kiosks in major urban areas and provided free tests along with tracing those who may have come into contact with someone with the disease. The Vietnamese authorities began providing quarantine facilities for all those suffering from or suspected of having been directly exposed to Covid-19. From mid-February, all those arriving from countries with significant outbreaks, such as Korea, were automatically taken to these facilities.

On March 17, Vietnamese authorities announced that the country would suspend the issuance of visas to all foreigners. Once borders were fully closed on March 22, all arrivals were required to spend two weeks in state-hosted quarantine. The Prime Minister of Vietnam, Nguyen Xuan Phuc introduced additional domestic restrictions effective from March 27 till April 15. All cultural, sports, and entertainment activities were prohibited, while religious activities of over 20 people were temporarily suspended. Most businesses had to halt services, except for those selling essential goods and services. The Civil Aviation Administration of Vietnam [CAAV] also announced the suspension of all domestic flights. After the imposition of a nationwide lockdown on April 1, authorities closed Vietnam’s borders with Cambodia and Laos in an effort to slow the spread of the pandemic.

The early border restrictions along with the nationwide social distancing measures put in place by Vietnamese authorities have ensured that the impact of the COVID-19 remained limited.  Following no new reported COVID-19 cases the government began the easing of the nationwide lockdown from April 23, which included the resumption of domestic flights along with non-essential services, as long as proper hygiene practices were observed. The easing of the lockdown was an indication that the authorities were confident that the COVID-19 outbreak was under control. Thus, Vietnam became the first nation in Southeast Asian to reopen its economy as it was successful in containing the spread of the COVID-19. This could be attributed to its rapid response to the pandemic along with its past experience of treating tropical and infectious diseases such as SARS. During its fight against the pandemic, Vietnam has shown resilience by undertaking measures to not only eliminate the spread but also its capabilities. In early February, a private Vietnamese company collaborated with the Ministry of Defence to develop a test kit for COVID-19. By the end of April after attaining a seal of approval from the World Health Organisation [WHO], Vietnam moved from being an importer of COVID-19 test kits to one of the five nations to have kits ready for export. Vietnam has received orders for its COVID-19 test kits from 20 countries with Iran, Finland, Malaysia, and Ukraine amongst the first nations to receive according to the Ho Chi Minh City Customs Office. Vietnam is also looking to manufacture ventilators and is undertaking research and production of vaccines.

While Vietnam has been successful in ensuring that there is no major outbreak the economic fallout of the pandemic would become a major challenge going forward. Vietnam’s manufacturing and services sectors are dependent on internal and external factors. Vietnam’sservices sector has so far been the hardest hit by the pandemic. According to the United Nations World Tourism Organization [UNWTO], based on the latest developments that include quarantine measures, travel bans and border closures, international tourist arrivals could decline by 20 percent to 30 percent in 2020 globally. Considering that the services sector’s share to Vietnam’s GDP is 42 percent, a slowdown in services will significantly impact growth. The major cause for this slowdown is due to lower tourism and associated services, which account for 40 percent of the sector’s revenue. Tourism related industries in Vietnam that also supports a large number of domestic livelihoods would take some time to recover as the pandemic has impacted the demand and supply chains across this sector.

As Vietnam is one of the most trade-dependent economies in the region, with its exports equivalent to over 70 percent of GDP, the lifting of the restrictions will not prevent its economy from contracting sharply this fiscal. Over the last few decades, Vietnam has rapidly integrated into the global economy and moved up the chain of value addition from agriculture to light manufacturing and on to electronics. Its total trade is now valued at twice its GDP, having swiftly emerged as a significant value chain hub in Southeast Asia for the manufacturing of information and communication technology (ICT) hardware and electronics. With factory production coming to a halt across the region, it has disrupted the supply chain causing a slowdown in the manufacturing sector in Vietnam. The slowdown being witnessed in the manufacturing and service sector has pushed down Vietnam’s GDP growth forecast to 4.8 percent for 2020 by the Asian Development Bank. On April 8, 2020, the Vietnamese government decreed a variety of incentives to dampen the economic impact of the COVID-19 outbreak. The incentives include providing tax breaks, delaying tax payments, and delaying land-use fees for businesses, costing the government US$1.16 billion. The government has also launched a US$10.8 billion credit support package for financial assistance to employers and employees affected by the pandemic.

Through swift and adequate measures Vietnam has outpaced many other countries in proving its ability to control the pandemic. While Vietnam has lifted social isolation measures and started to open up its economy the real challenge for Vietnam’s would be the deteriorating global economic outlook in the current and post COVID-19 period. In dealing with the economic fallout of the pandemic, Vietnam as Chair of the ASEAN Summit for 2020 would need the cooperation of all the member states to limit the impact of the COVID-19 across the region. The theme “Cohesive and Responsive” for ASEAN 2020 is fitting in the current context as it demands inclusive and pro-active actions to address the ongoing pandemic keeping in sight the opportunities of a changing global economic landscape in a post COVID-19 period.