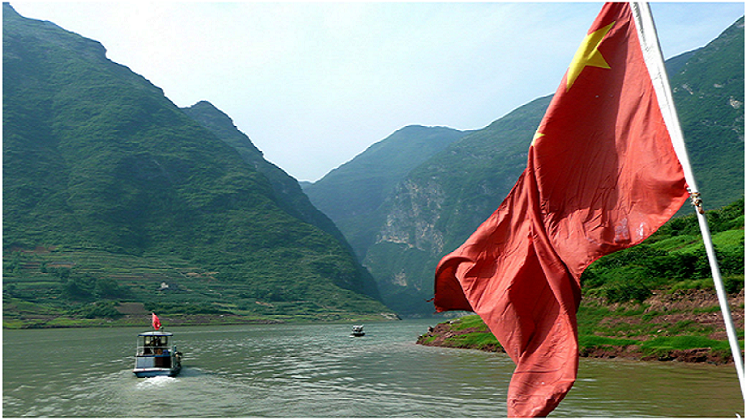 Water Scarcity in South Asia is downright critical. While water is the most vital of all-natural resources, in conjunction with China’s water hegemony and environmental degradation, its scarcity is a major threat to India’s national security. The gravity of Water Security is evident by the fact that water plays a vital role in sustaining ecosystems and largely impacts the food security, agricultural expansion, military conquests, and industrial development on which the modern economies depend. A comprehensive response to environmental challenges and water shortages has been a driving force for any society. In twenty-first-century water, shortages are extremely acute with a fragile sense of cooperation on sharing water resources. The parallel rise of India and China and the transition of India into a leading power postulate a risk of the Water War in the future. The article encapsulates the need for India to formulate a Water Security Strategy. It also evaluates the premise of China’s dam proliferation and its impact on lower riparian countries. Furthermore, the aim of this article is to interrogate the idea of “connectivity” through rivers and to suggest potentials for India to take.

The upsurge of China, given its acquisition policy, draws attention to its increasing trade muscle, growing maritime ambitions, and expanding capacity to project military power, assertive mercantilism centered on resource acquisition as a vital strategic interest, an aggressive push for regional hegemony. However, the emergence of China as a water hegemon in water-stressed Asia is often overlooked. After the victory of Communism in China in 1949, the Water map of Asia fundamentally changed. China controlled the rivers of many countries in the world by the virtue of its upper riparian position. Nevertheless, it extended its control over the Tibet Autonomous Region (TAR) and became the source of transboundary river flows to the largest number of countries in the world, extending from the Indo-china Peninsula and South Asia to Kazakhstan and Russia. The River Basins in South Asia: Ganga-Brahmaputra-Indus, Mekong serves the largest population and area. The main river systems, the Indus, the Ganga, and the Brahmaputra are all connected to the Tibet Autonomous Region (TAR) of China. The Indus basin connects China, Pakistan, Afghanistan, and India, while the Brahmaputra and Ganga connect China, Bhutan, India, and Bangladesh. Geopolitically, the conflict between India and Pakistan coupled with the hydrological dependence of India on China for its rivers gives rise to possibilities of Water War. While India is legally bound in water treaties with Pakistan and Bangladesh, the absence of a water treaty between India and China further makes South Asian transboundary rivers the most critical and water weaponization of rivers by China consequential.

China is the world’s most aggressive dam builder and is often accused of causing environmental degradation and forced displacement of people in lower riparian countries. The “Dam Proliferation” of China on Transboundary Rivers like the Brahmaputra is one of the biggest threats to India’s Water Security.  The conventional concern of India over China’s Dam Proliferation is primarily about the water itself. Overexploitation of rivers for dam construction not only adversely impacts the river course but also result in floods and displacement of people living in downstream areas. India’s lower riparian position in conjunction with an absence of any bilateral or multilateral Water Treaty between India and China exacerbate the risk of water rights violation of India. Lalho Dam project on the Brahmaputra is an example of China’s unquenchable energy thirst to meet its rapid industrialization in the dry north. The Water pundits in India maintain that China is determined to exploit its riparian dominance and fashion water as a political weapon against India. To add more, dams can be turned into political weapons to be wielded in war, or during peace to signal annoyance with a co-riparian state. Therefore, China has been using its upper riparian position for its political and economical gains to establish its water hegemony as an emerging superpower.

Cooperation is the Key

Paradoxically, the road for India to mitigate the risks of Water War with China goes through cooperative measures for water sharing and battling water scarcity. The celebrated author Braham Chellaney says, “Of all the environmental challenges confronting the world, ensuring an adequate supply of clean water has become the most pressing. This is a challenge that holds wide socioeconomic and security ramifications.”Since India and China are two of the most rapidly growing economies, the exploitation of rivers for household and industrial use will only increase. However, if India and China build cooperative institutions for eliminating flood risks and water pollution it can result in better management of transboundary rivers in South Asia. The multilateral treaties governing the use of transboundary rivers are glaringly absent in South Asia. Consequently, India needs to strengthen its regional connectivity which has been weak in India’s foreign policy. Although the neighborhood first policy announced in 2016 and the emphasis on shared culture and civilizations is increasing India’s engagement with South Asian countries and China which will build trust among co-riparians and soften the aggressive hegemony of China. On the diplomatic and political level, water sharing and water scarcity should be discussed in informal dialogues between the leaders of countries both bilaterally and multilaterally.

1 reply on “Dragon in the Himalayas: China’s Water Hegemony”