Diplomatist > Middle East > Home Featured > Breaking Down the American Hegemony or a Simple Economic Transaction Between Iran and Venezuela?

Breaking Down the American Hegemony or a Simple Economic Transaction Between Iran and Venezuela? 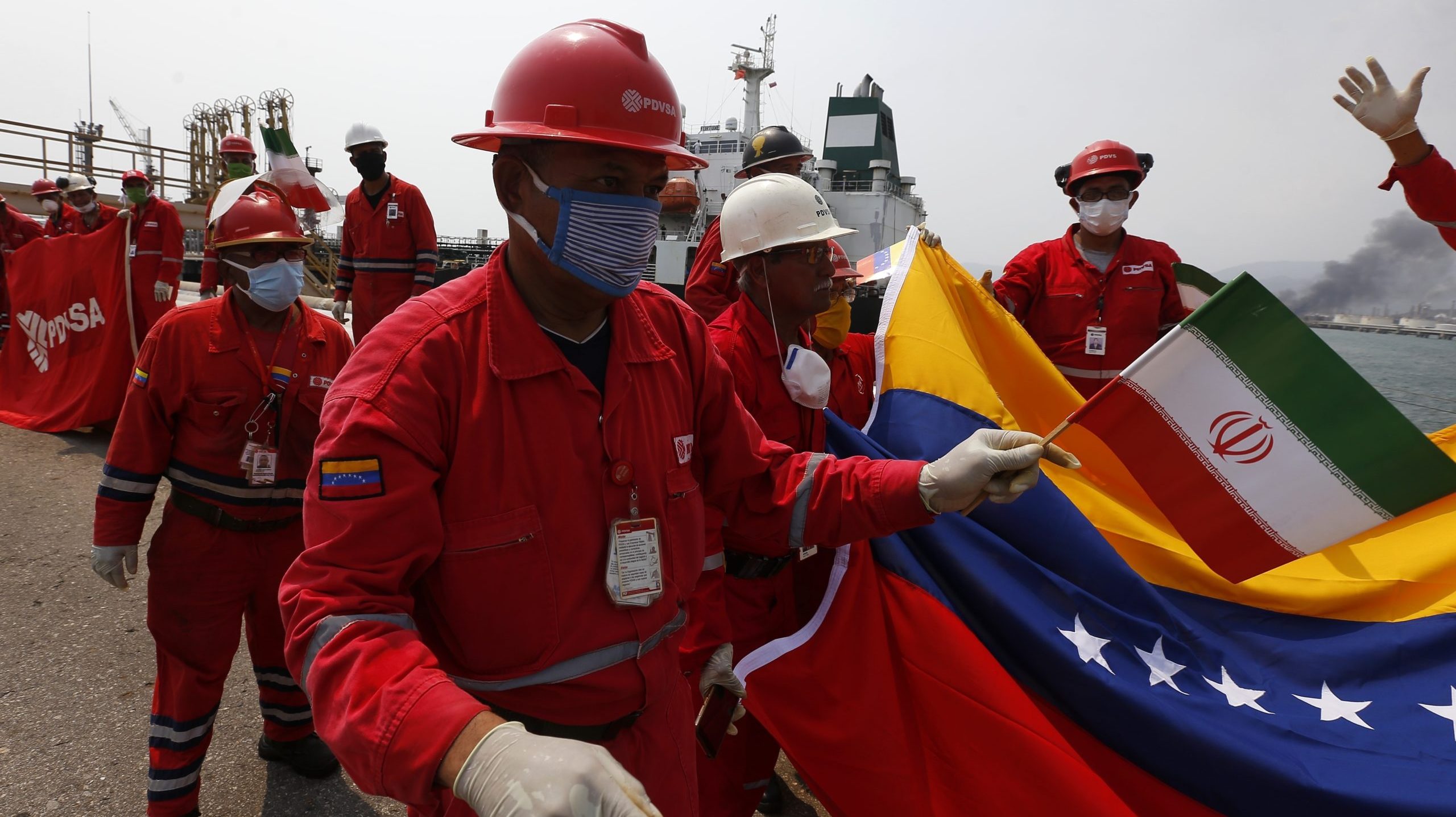 As a major country in the Middle East, Iran is a regional power due to its geopolitical position, geostrategic value, and strategic resources. Because Iran does not have the capabilities of a superpower, nor is it one of the great regional powers such as Russia and China. Therefore, it is a regional power that is expected to have regional activities around it.

However, Iran is sending five fuel tankers to Venezuela, which is a common economic issue and has got nothing to do with the official rules of international law but is considered by Iranian officials to be a fundamental challenge to US hegemony by a regional power in the time of experiencing intense hostility with the US.

Hence, Iran, as a regional power under sanctions that has been operating in its region against US hegemony and has extended its scope of action to other continents with its flag – here, America’s Backyard based on Monroe Doctrine, he has decided to invite the Trump’s administration to a Mexican standoff, in the shadow of the corona pandemic and the upcoming US election.

For this purpose, given Venezuela’s geographical proximity to the US and US sanctions on both Iran and Venezuela, Iran has publicly raised its flag over oil tankers to show a direct confrontation with US’ hegemony to indicate that US efforts to destroy Iran’s economy have not only had little effect but have also strengthened Iran’s domestic economy and increased its ability to build a Transcontinental trade relationship.

The Iranians are have launched a large-scale campaign through almost all news agencies and announced that, based on their exclusive resources, the US has sent warship and warplanes to the Caribbean Sea to counter Iranian tankers.  However, so far no evidence has been presented to confirm this claim of the Iranians.

By dragging this propaganda game, the Iranians have both officially and unofficially announced that any harassment of these tankers will have serious consequences. In practice, however, US sources have not threatened the tankers. Following the summoning of the Swiss Ambassador to Tehran, the Iranian Foreign Ministry reacted to media reports on probably seizing the tankers by the US and wrote a warning letter to the UN Secretary-General.

They also warned the US: ‘’If the United States, just like pirates, intends to create insecurity on international waterways, it would be taking a dangerous risk and that will certainly not go without repercussion’’.  Vatan-e-Amrooz, a newspaper affiliated with the IRGC, also warned on its front page on May 17, ‘’Any mischief on the part of the US to insecure international waters for Iranian trade, it could lead to the destabilization of international trades, especially in the Persian Gulf, the Oman Sea and the Red Sea.’’

The vastness of Iran’s threat geography and the explicit declaration of “destabilizing international trades in the Persian Gulf, the Oman Sea and the Red Sea” without mentioning the name of a particular country, shows that they will retaliate against US probable actions in a wide geographical area and its allies. Needless to say, the attack on a UK-flagged tanker off the southern coast of Yemen in Bab al-Mandeb with an RPG-7 rocket launcher may be a clear warning of any possible US action.

However, the US has so far issued only one warning that all vessels must maintain a distance of at least 100 meters from American ships in the Persian Gulf, and approaching these ships is considered a threat. Nevertheless, if the US intended to counter Iranian tankers in the Caribbean Sea, it would have to move its ships away from the Persian Gulf, given Iran’s missile arsenal.

Furthermore, it seems that both countries are not able to enter a war in the current situation, but Iran’s propaganda campaign is more for the ideological magnification of a commercial activity so that it can target its citizens in relation to a great victory over the US by reaching the Western Hemisphere. A battlefield is drawn without an enemy.