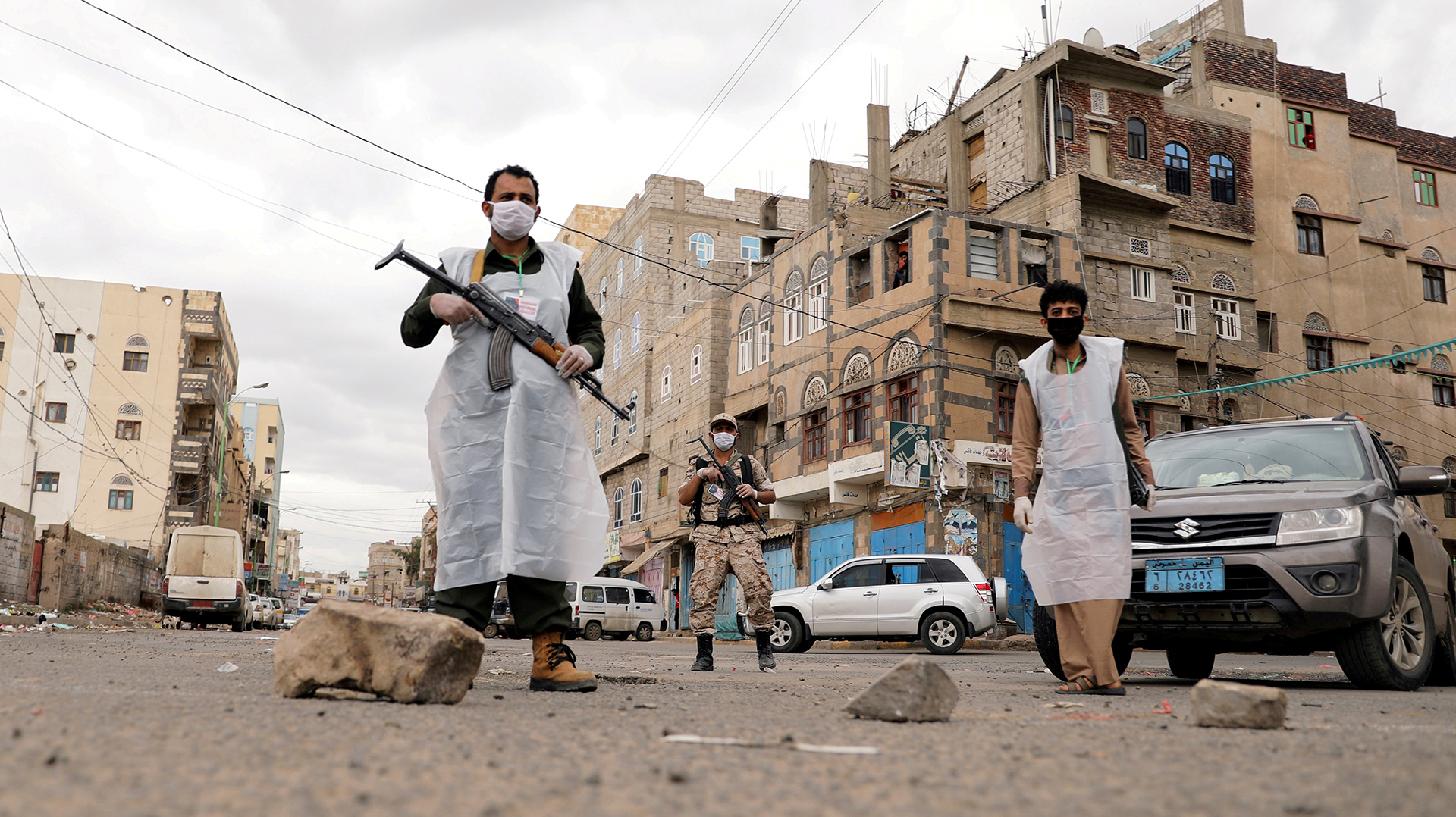 Today, when all over the world, everyone is devastated by the pervasive effects of Corona Virus, then, surprisingly, no one is bringing in any analysis about the Western Asian small state Yemen in the international system. As if we have become either myopic or obtrusively ethnocentric. But what about our evocative humanitarian ideal of R2P or have we suddenly become least interested in the Gulf region despite its rich deposit of ‘black gold’? Is it because of the tip-off that the price of the crude sharply plummeted due to Russian moves and its pressure on OPEC and huge fall in the demand as the market of crude oil has turned volatile with the asymmetric supply-demand matrix? Whatever it may, the situation in this country seems to be fast approaching towards one of the largest humanitarian disasters in recent times. If unattended sooner it might assume a serious proportion in terms of political, economic, health and in other respects that in all probability in the post-COVID aftermath the ulcer would turn into a veritable Pandora’s box of severe troubles with regional and global ramifications not only from the point view of energy security and oil trade but also in terms of a new hotspot of terrorism, civil war and breeding ground of mounting international tension. Under this situation, we became eager to shed some light on the matter.

In the recent past, Yemen’s unification took place on May 22, 1990, when the area of the People’s Democratic Republic of Yemen (also known as South Yemen) was united with the Yemen Arab Republic (also known as North Yemen), forming the single one ‘Republic of Yemen’ (known as simply Yemen). It is the second-largest Arab sovereign state in the peninsula.

But here we need to contextualize things which require us to look back into the recent episode of Arab spring and its impact. Thus we shall see that while popular unrest and youth movement against oppressive regimes in different Arab countries created a situation in which unaccountable rulers had to step down, the new government or leaders who assumed power were also not very successful to meet the popular aspiration for radical reforms to rid the system of the clutches of poverty, corruption, nepotism, patronage politics to elites, or to contain the influence of clerics, Islamic fundamentalism like al Qaeda in the Middle East or tribal factionalism, or the power struggle among the Arab states themselves like Iran versus Saudi Arabia. Besides, the politics of these countries was always an outgrowth of who or which faction would control the oil resource or the important coastal region. So, we have seen that the political landscape that emerged even after Arab Spring was either weak or divided and hesitant to open up the system or it fell in the hands of Islamic insurgents or a puppet government that depended on army support or upon the external aid by regional powerful states like Iran. It is a matter of degree of lack of governance and less stability characterising these states.

Yemen perhaps was the clearest case of absolute deprivation. Alongside economic malaise, the political situation in Yemen was characterized by internal divisions, tribal allegiances, sectarianism and the growing influence of Islamist radicalism. One of the simmering problems emerged from the Houthis, a large group within the Zaydi Shia community in the country. This group constituted an estimated 40-50 percent of the Yemeni population. This was a source of bitter tension with the neighbouring Saudis who accused the Houthis of acting as a proxy for Iranian influence in the region (MacQueen 2013).

The bubbles of the conflict started erupting from late 2010. This covered many fronts—the Shia insurgency in the North, the re-emergence of a separatist movement in the south and overall popular unrest was simmering due to a very low level of economic development. After massive protest rally against the Saleh election had taken place in February 2012 and following it al-Hadi was the new President of Yemen.

The assumption of power by al-Hadi was a watershed moment in Yemeni politics because it showed the triumph of peoples’ pressure under which Saleh, the long-serving ruler had to step down. But while it was a transfer of power, the end result of the process could not bring the coveted change in the state policies. It was almost impossible to rapidly improve the economic conditions in the near future. So, the unrest resumed and Yemen was bogged down into more severe crises. With Hadi’s escape and the Saudis acting hostile under the fear of Iran and US bombardment in the suspected areas under Al Qaida, the situation in Yemen deteriorated into a sort of perpetual turmoil (Cordesman 2018). The conflict escalated dramatically in 2015-2016, when Saudi Arabia and eight other mostly Sunni Arab states – backed by the US, UK, and France – began airstrikes against the Houthis, with the declared aim of restoring Mr Hadi’s government.

By the time current Prime Minister Maeen Abdulmalik Saeed took his office on 18 October, 2018 the country was already under deep water plagued by internal strife for years together. The terror of the disease of the COVID-19 pandemic has re-emerged with it. While the good and the bad aspects of many of the world’s great and small nations are being discussed in the scholarly circles or in papers or journals, the discussion of troubled Yemen is not noticeable. But the state concerned is completely failed to play the role of the state as a state.

Currently, it’s a pathetic spectacle of an unrelenting humanitarian crisis with at least 8.4 million people at risk of starvation and 22.2 million people – 75  percent of the population – in need of humanitarian assistance, according to the UN. Severe acute malnutrition is threatening the lives of almost 400,000 children under the age of five. Yemen’s health system has all but collapsed, while the world’s largest cholera outbreak has killed thousands.

In June 2018, Saudi-backed government forces began an assault on the key rebel-held port of Hudaydah, the entry point for the vast majority of aid going into Yemen and a lifeline for the starving. Aid agencies warned the offensive could make Yemen’s humanitarian catastrophe much worse.

Formally Yemen has one of the Middle East’s lowest COVID-19 counts. In reality, the Virus is spreading unseen and unchecked. The first confirmed case relating to the COVID-19 pandemic in Yemen was announced on 10 April 2020 with an occurrence in Hadhramaut. Organizations called the news a ‘devastating blow’ and a ‘nightmare scenario’ given the country’s already dire humanitarian situation born out of protracted political conflicts.

The country is seen to be extremely vulnerable to the outbreak, given the grave humanitarian situation already prevailing there due to the civil war, exacerbated by the ongoing famine, cholera outbreaks, and military blockade by Saudi Arabia and its allies. Its healthcare system has been ‘all but decimated’ by the war, with many healthcare facilities destroyed by airstrikes and shelling and a lack of healthcare workers. UN agencies and their global partners are seeking $2.41 billion to fight COVID-19 spread in Yemen, hitherto the world’s worst humanitarian emergency. But if the conflict continues without any prospect of reconciliation, the social fabric is further torn, yet policy measures are only ad hoc, depreciation of Yemini currency continues and import of food and emergency medicines get obstructed by COVID restrictions on a trade then the country stands the risk of fragmentation and even it become non-existent in the future. In the background of an unprecedented decline in the global oil market due to prolong lockdown in many countries the World Bank in its economic update of April 2020 has already projected that “a COVID-19 related global and regional economic slowdown may affect Yemen through reduced remittances from the Gulf Cooperation Council”. As a result, the structural problems of the crisis-ridden scenario of Yemen which cannot be properly expressed in terms of incidence of poverty are likely to be compounded to a point of paralysing the remaining institutional capacities when the eventuality of ‘failed state’ would be far more difficult to deal with.