The Running Mate and the Race: U.S. Presidential Election 2020 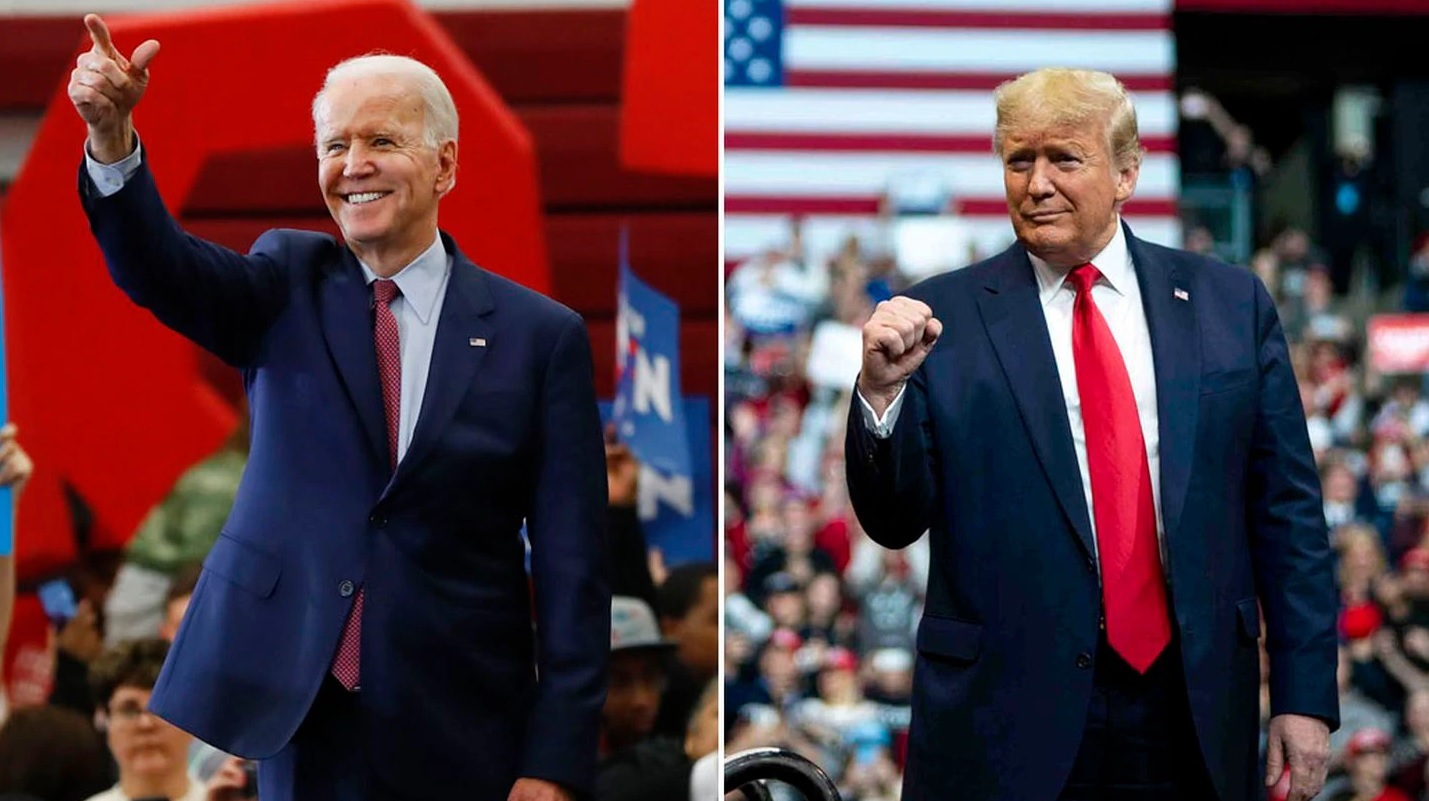 The presumptive Democratic Party’s nominee for the 2020 U.S. Presidential election Joe Biden will likely announce his running mate, his Vice presidential candidate on August 1. As such, a number of speculations have emerged as to who will be the pick. This is interesting in the backdrop, of another announcement that Biden made, which is his resolve to choose a woman as his running mate. Names like Senator Kamala Harris of California, Senator Amy Klobucher of Minnesota, Senator Elizabeth Warren of Massachusetts, Governor Gretchen Whitmer of Michigan and former Minority Leader of the Georgia House of Representatives, Stacy Abrams have been prominent hopefuls. Debates abound as to what factors will be foremost in Biden’s mind while choosing his running mate.  Is it going to be a political ideology, will his choice be attentive to pleasing the moderates or the progressives? Given the crucial role that black voters have played in his primary victories, will colour and race, decide Biden’s choice? Will personal rapport determine the choice?

Biden is 77 years old now. Will age be a major deciding factor? Will he choose a younger candidate, who can not only appeal to younger voters but also be someone, with the heft to lead the Democratic Party in a new era? To what extent, does it matter that the candidate belongs to a key battleground state or a region that could swing the result of the election, as the Mid-west did in the 2016 election. What are the qualities that make a Vice presidential candidate, ready to be the President on day one, in case the situation arises? Vice presidents like Gerald Ford and Lyndon B. Johnson in recent history had to take the job in extraordinary circumstances. All this is to say that choosing a running mate, for the presidential election takes a lot of match-making and in the end, Biden will still have to face a mixed bag of praises and brickbats from his own party no matter who he chooses.

It matters that the choice should increase the odds of a win in the election in November, and the Vice Presidential candidate herself/himself being presidential material remains an important consideration, if not the most important. Throughout the history of the U.S. presidential election, running mates have been chosen within distinct political contexts and specific preferences. Since the 1940s, Presidential nominees have personally sorted their running mates. The concept of “dream ticket” became popular since the Kennedy-Johnson win in the 1960 presidential election. Two politicians, as different as Kennedy and Johnson in their background and legislative careers coming together for the Democratic Party’s bid for the White House was the proverbial “Team of Rivals” personified.

A similar arrangement for the sake of favourable electoral outcomes was repeated twenty years later. Ronald Reagan wanted Gerald Ford to be his running mate, which was favoured by the Republican Party establishment. Following Ford’s refusal, many were surprised with the announcement of the Reagan-Bush ticket as the two had been involved in a bitter primary race. But according to Reagan, uniting a divided party was of key importance. George H W Bush not only had years of congressional and foreign policy experience but also a solid moderate base, which was crucial for Reagan to win the 1980 election.

The fallout between Democratic presidential nominee George McGovern and Senator Thomas Eagleton in 1972 had acute ramifications for the Vice president’s selection process.  After refusal by Ted Kennedy to be his running mate, and the closing deadline to file the nomination papers, McGovern zeroed down on Eagleton. The early enthusiasm for the duo abruptly came to an end after eighteen days when Eagleton’s medical history became public. His recurring battle with depression and past hospitalization became a source of embarrassment for the campaign, which eventually cost him the race. Since this incident, the practice of thorough “background checks” on running mates became precedence. Democratic Presidential nominee for the 1976 presidential election, Jimmy Carter went a step ahead and asked his team of lawyers to prepare an in-depth questionnaire for all possible running mates. His team took three months before they decided upon William Mondale, whose political experience balanced well with Carter’s “DC outsider” image. The duo eventually won.

The tried and tested formula of complementariness, where the weaknesses of the Presidential nominee are balanced by the Vice presidential candidate was bypassed during the 1992 presidential election. Democratic presidential nominee Bill Clinton chose Senator Al Gore, leading to a comfortable victory. Both were very young candidates, held a centrist position on multiple issues, belonged to Southern states (Arkansas and Tennessee) and were inclined towards technology & innovation for solving new-age problems. The decision of choosing Al Gore converged with Clinton’s efforts to redefine the Democratic Party, therefore picking a running mate with similar beliefs.

Experience has remained a default parameter for choosing the running mate. In the 2000 election, Republican candidate George W Bush chose Dick Cheney based on the latter’s military, foreign policy and congressional background. In 2008, Democratic Party’s nominee Barack Obama zeroed down to Joe Biden due to the latter’s extensive Beltway experience and expertise in foreign policy. In times of an incomplete presidential term due to exigent circumstances, the second in command is assumed to be ready to become President on Day One, and amidst of all intangibles, experience perhaps is the single most tangible thing to bank on.

Why did Republican presidential nominee Donald Trump choose Mike Pence as the running mate in 2016? Republican heavyweights like former House Speaker Newt Gingrich and Governor Chris Christie of New Jersey were considered as the final two choices for the running mate. For a long time, Governor Pence of Indiana was not only spared from being in the top three, but even his early impression on the future President was not memorable. However, what could perhaps have led to Trump choosing Pence as his Vice Presidential nominee were the latter’s strong relationship with the Republican Governors Association and loyal Evangelical base.

The buzz around Biden’s running mate gained extra attention since he announced that he would choose a woman. In the past, there have been unsuccessful female Vice presidential hopefuls, like Geraldine Ferraro in 1984 and Sarah Palin in 2008. Walter Mondale’s decision to make Ferraro his running mate created history, with Democratic National Convention erupting in her support. However, the duo did not win and the campaign was affected by her husband’s financial troubles. Similarly, McCain’s decision to have a little known Alaska Governor Sarah Palin to be his running mate was lauded by the conservatives. But her limited political experience and news of her extravagant lifestyle impacted the Presidential run. McCain in his 2018 memoir The Restless Wave confessed regretting this decision.

As the U.S. presidential campaign 2020 is set to enter uncharted terrain amidst the coronavirus outbreak, what will be foremost in Biden’s mind while choosing his running mate remains to be seen. As news reports and commentaries add and delete from the list of Vice presidential hopefuls and debate what works for whom and what does not, the eventual candidate will have much ground to cover, with Biden, in the coming days to face an incumbent unlike any, and a U.S. presidential election unlike any. The recent death of George Floyd at the hands of a police officer in Minneapolis has opened an avalanche of protests across the United States. It has added a new dimension to the ‘Black Lives Matter” movement, and the verdict is still out, as to how this episode playing out in the streets of a COVID-stricken America is going to impact Biden’s choice of his running mate.