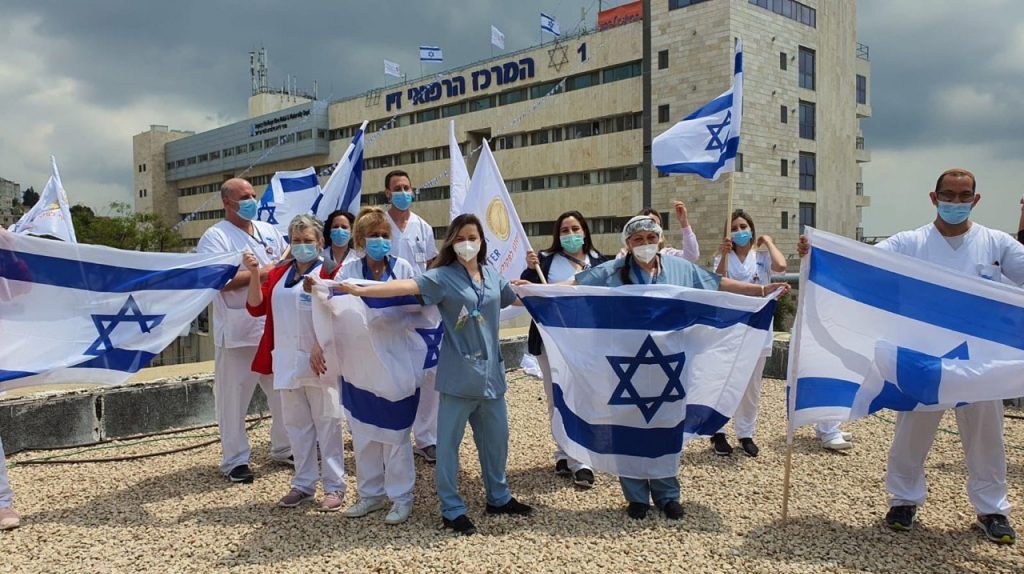 So the pandemic named COVID-19 struck the city of Wuhan in early December 2019, as reports emerged out with the city engulfed with the disease, little did anyone imagine that this disease would cause the biggest humanitarian and medical crisis for the world. However, a story of inspiration and hope emerged out of Israel a country with roughly 9 million population and difficult geographic terrain where the country and its leaders together managed to contain and save themselves from a bigger catastrophe. Already the country was facing a political crisis and neighbourhood border disputes with Palestine before being hit with the pandemic, with its first positive case being reported on 21st February 2020. After a female citizen tested positive for COVID-19 at the Sheba Medical Center after return from quarantine on the Diamond Princess ship in Japan. What followed was an exceptional operational procedure in containing the infection as well as balancing liberties of its citizen with minimal inconvenience.

With the detection of the virus in Israel, the authorities swung into action and a 14-day home quarantine rule was instituted for anyone who had visited South Korea or Japan, and a ban was placed on non-residents and non-citizens who were in those countries for 14 days before they arrived in Israel. The country and its health experts had realized how deadly this pandemic was and to stave off the advance of this deadly plague major cities were closed and communities were quarantined. The borders were shut and the flights were turned away, with social distancing being made mandatory. The 14-day isolation for the entire country was imposed as Israel came into a serious no-nonsense lockdown with a high number of testing being carried out. This served the main purpose of arresting the virus and negating its effect on the larger population of the country.

It is nothing short of a modern-day miracle that in a country with a population of nine million, approximately two hundred and eighty people have died while in New York, a city just about the same size, nearly 30,000 people have already died till date. The entire world has taken note of Israel’s achievement and its leadership in dealing with the plague and in restoring normalcy. In all this positivity the world has forgotten or ignored a major Israeli characteristic, and that only the Israelis and admirers of Israel are aware of, that this is not Israel’s first national crisis. And because of that, the citizens have become accustomed to following national safety procedures. Wearing gas masks and preparing sealed rooms during the Gulf War served, in a certain way, to pave the way for actions and behaviours necessary for survival during this COVID-19 pandemic. Running to bomb shelters when rockets are launched from Gaza has become ingrained, second-nature behaviour, much like behaviours that the world, is now learning in this COVID era. Israelis take security and survival seriously which has made them deal with the disease proportionately.

The Israeli population being pro-active helped the nation at large. Israelis reported people who were not following standard procedures of social distancing and other formalities to the authorities. Those who violated the rules of social distancing were violating the norms by endangering others and the Israelis understood this and why the rules were in place. The Israeli government managed to convey to its population that rules could save lives.

Israel managed to use its strengths in combating the pandemic by using the services of the decorated Mossad which covertly combats the enemies of Israel. This spy agency played a major role in fighting the COVID-19 outbreak. Mossad has been involved in acquiring medical equipment and manufacturing technology from foreign countries since the early stages of the pandemic. The Sheba Medical Center in Israel realized that they needed more ventilators and other protective gear to deal with a mass outbreak. Prof. Yitshak Kreiss, the director-general of the hospital, met with Mr. Yossi Cohen, the Mossad chief, and explained to him the situation that was unfolding. Mr. Cohen too had begun his assessment of how the Mossad could help the Israeli healthcare system.

Professor Kreiss summarized the most urgent equipment needs to Mr. Cohen, who later obtained further requirement catalogue from the Israeli Health Ministry, and then Mossad began activating its international network to find the items needed and from which countries they could import the needed items quickly without any trouble.

In March a control centre was set up in Sheba to manage the distribution of medical gear across Israel, with the Mossad chief itself as its Head. The single-mindedness and purpose of Mossad made sure that Israel and its health organizations were not short of any supplies in fighting the pandemic. Mossad knew it had to act urgently, as the demand for equipment like ventilators, sanitizers, PPE’s was expected to grow and with the understanding that countries would eventually refuse to export essential medical products and in this manner, it managed to fight off the invisible enemy with its pre-emptive character.

Another methodology deployed by the Israeli establishment was the use of Digital Monitoring and Surveillance in contact tracing. This has had a mixed response citing privacy issues being flagged by certain rights groups but has got global acceptability in fighting the outbreak. The cell phones of confirmed and suspected COVID-19 patients were continuously monitored by the Shin Bet Security Services and the Police. With the gathering of cell phone location data and other personal information, the administration was able to warn potential victims and managed to enforce quarantine measures. The tracking of anyone who has been diagnosed or suspected of the infection and the data collected is being used to warn anyone who could come into contact with such people by utilizing text messages and also monitoring anyone who has been quarantined. This has amplified the effective enforcement of control measures ultimately resulting in Israel almost flattening the COVID-19 curve.

The resilience and pro-activeness of Israeli people and its administration have brought into action a standard and effective approach in combating mass bio and health hazards. This Israeli model can be an example for all countries that have been hit with the outbreak that has paralyzed global supply chains as well as the normal functioning of them. The use of social distancing, diagnostics, mobile phone tracking, and tracing with the mandatory wearing of face masks contained the outbreak. At the same time maintaining the supply chain of medical equipment for its healthcare systems resulted in a low death count and effective dealing with the pandemic. Israel has once again emerged as a strong country that can manoeuvre its working and functionality in dealing with any national crisis successfully.

Abhilash Halappanavar
Author is Engineering Graduate and a Software professional based in Bangalore. He is also an avid follower and student of International relations and Geopolitics especially concerning South-Asia.
Tags:
MiddleEast Israel CoronaVirus pandemic COVID-19 Corona Crisis
Share:
Share this...