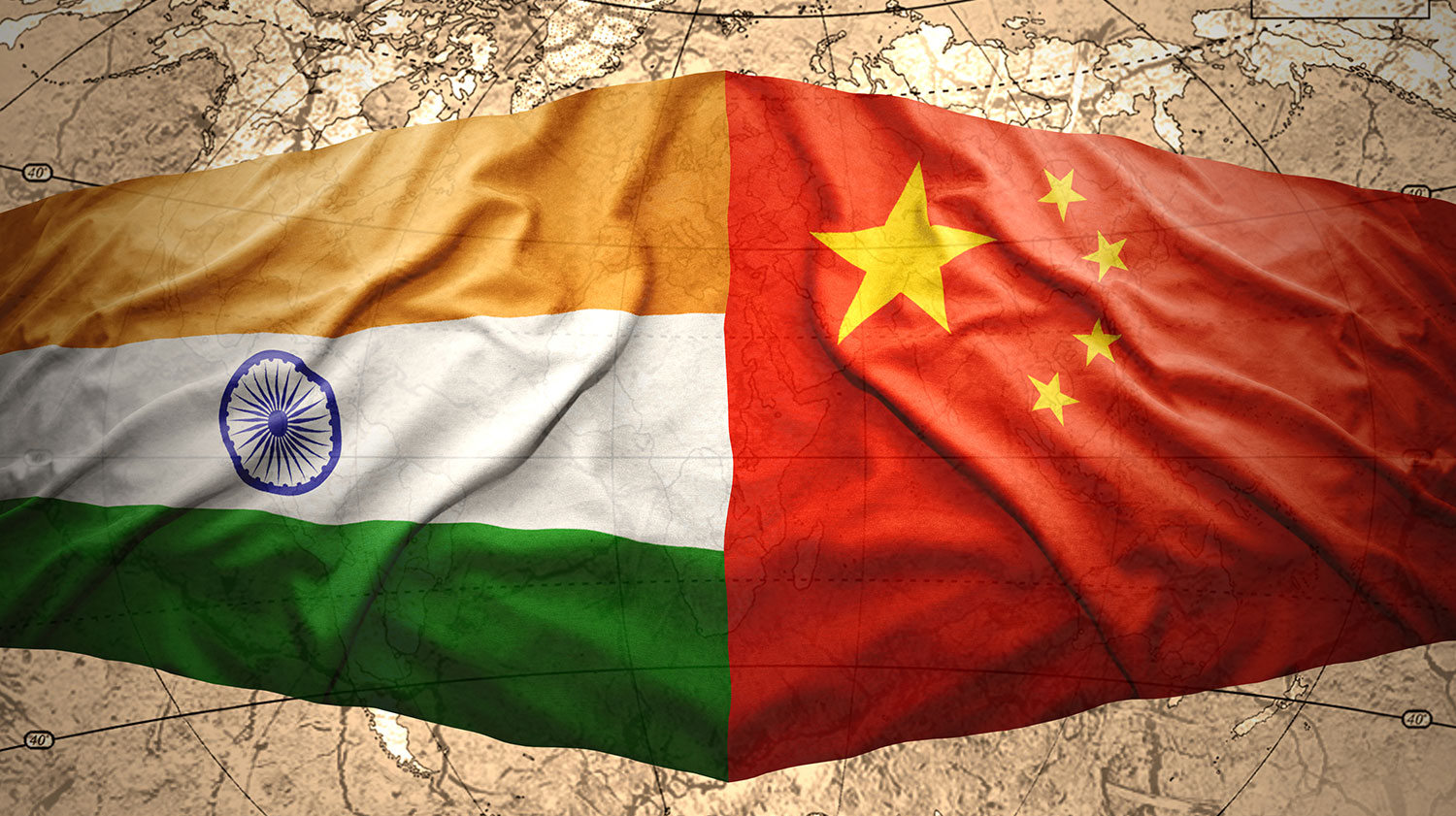 “Never fight with ten enemies, when you have only nine bullets” – Anonymous

“Militaries ‘play to the edge’ in the ‘grey zone’ now. China through its incremental moves in the contentious South China Sea, for instance, is altering geo-strategic realities in the region without firing a single shot or inviting any retaliatory action. China has not been involved in real hardcore combat for a few decades now, yet regular showcasing of its military might has created this “aura of invincibility” (i.e. Beijing being the undisputed military leader) in key technology domains.”

Red China, not the ‘Civilisational or pre-Communist China’, has been on an ever-expanding jingoistic mission of territorial aggrandisement with its Maoist ‘five fingers’ policy since its bloody “revolution” in 1949 onwards. Communist China has “invented” an obnoxious conspiracy of weaving illusionary “historical claims” to lay it’s “ownership” on the hitherto de-jure international borders with its neighbours like India, Bhutan etc. on lands and maritime borders with Japan, Vietnam, Indonesia, Philippines etc. at the East and South China Seas. Consequently, Beijing today has made more enemies in its backyard than a few ‘good for nothing’ allies like Pakistan, North Korea etc. Meanwhile, PM Modi’s ‘rebalancing China’ in Asia policy with ‘Quad diplomacy’ of ‘America-Japan-Australia-India’ (AJAI) strategy is acting like smearing proverbial salt to Beijing’s enduring wounds – only way to deal with Xi’s regime.

China shares its international border with fourteen countries and it steadily resolves its protracted ‘border disputes’ with most of them. But it deliberately left its border dispute with the ‘democratic’ India unresolved or undemarcated, whom the Chinese Communist Party (CCP) ruled ‘despotic’ China considers as the only potential challenger to its hegemonistic designs in Asia and beyond. So, China only used ‘boundary-talks’ with India since 1981 to trap New Delhi.

Communist China also knew that its “great victory” in 1962 war thrusted on an unprepared ‘Nehruvian India’, slumbering on ‘Hindi-Chini Bhai-Bhai’ opium, was nothing but a fluke as a war-hardened India duly avenged it by smashing PLA troops at Cho La-Nathu La skirmishes over Sikkim in 1967. Red China also got thrashed repeatedly by India at Sumdorong Chu in 1987 and at Doklam in 2017 – forcing the “mighty” PLA to retreat. But dipped with incurable envy of the growing geo-strategic heft of a resurgent ‘New India’ under the decisive leadership of an intrepid PM Narendra Modi, Red China intensifies its pin-pricking ‘creeping war’ to sabotage India’s rise. China illegally occupied Aksai Chin and Shaksgam Valley of India in J&K.

The main reason for the ongoing border transgressions by Red China at Ladakh on the Line of Actual Control – LAC being the ‘de-facto’ Sino-Indian international border now, is that Beijing is rattled by India’s massive defence infrastructure build-ups like 73 all-weather roads, rail lines, bridges, tunnels, advanced landing grounds (ALGs) with a new dedicated ‘counter-China’ Mountain Strike Corps (MSC) with 8 new Mountain Warfare Divisions supported by well-armed Integrated Battle Groups (IBGs). For the first time since 1987, Red China is outsmarted and outflanked by PM Modi’s ‘New India’ all along the LAC with 31 fully operational airbases with 8 ALGs as compared to only 14 airbases and a few ALGs of Beijing, that too on a strategically vulnerable Tibetan plateau, where due to low oxygen level its jetfighters can’t go full throttle.

The other reasons of Red China’s current border-belligerency are – being globally isolated over getting caught red-handed for deliberately spreading the ‘Wuhan Virus’ as ‘bio-weapon’, growing mass unrest within China against the ‘discredited’ regime of President Xi Jinping for brutal ‘COVID-coverups’, a mass pro-democracy uprising against despotic China in Hong Kong and above all, India’s recent warning to Pakistan to vacate Gilgit-Baltistan areas in Pakistan Occupied Jammu and Kashmir (POJK) having high-value strategic Chinese investments linked to its fledgeling Belt and Road Initiative (BRI).

Red China must also know for its own wellbeing that today’s ‘New India’ under Modi-regime is not the ‘Old India’ of a bygone Nehruvian era as amply demonstrated by recent ‘surgical strikes’ transforming hitherto ‘defensive’ ‘Indic Strategic Culture’ into an ‘offensive’ one. Unlike the past Congress-led UPA regimes that put post-Kargil Subrahmanyam Committee Report calling for military-modernisation, literally in the dustbin, the BJP led NDA regimes under PM Modi since 2014 onwards, have not only executed its key recommendations but also now fast implementing the confidential 2016 Shekatkar Committee Report on military reforms for building an ever war-ready ultra-modern Indian Armed Forces. This is why Red China today is so unnerved along the LAC.

As the linchpin of PM Modi and NSA Ajit Doval’s ‘counter China sans confrontation’ policy of ‘New India’ – ‘Make in India’ is steadily replacing Red China as the global manufacturing hub with more and more MNCs deciding to quit China, propelled by growing post-COVID anti-China global backlashes. Most CCP-linked firms like Huawei etc. are now being delisted from stock exchanges of G-7 nations like the US, Germany, France etc. Many countries like Japan, Germany, US etc. have already unveiled massive bail-out packages for their companies, asking them to shift their manufacturing bases outside China. About a thousand of them have already planned to permanently shift to today’s ‘business-friendly’ ‘New India’, leaving China in red! That’s why Beijing is upping the ante against India along the LAC so as to fearmonger these MNCs not to shift in India. Xi’s regime is also angry with India for its post-COVID new FDI policy preventing any Chinese ‘predatory’ companies to invest or acquire any Indian company.

To effectively counter Beijing’s border-belligerency along the LAC, India needs to recalibrate its ‘AJAI’ strategy into action. India must lead ‘AJAI’ nations to utilise the faultlines within a fragile Red China in Tibet, Taiwan, Hong Kong etc and outside in its backyard at the volatile East and South China Seas, where Beijing’s sole imperialistic “claims” over disputed islands of this resource-rich region is being challenged by the littoral stakeholder ‘anti-China’ countries like Japan, Vietnam, Indonesia etc. Hence, India needs to use its ‘AJAI’ axis to keep Beijing deeply embroiled in the dragnet of irreconcilable territorial disputes at high seas in its backyard. Plus, each ‘AJAI’ nation needs to strengthen its diplomatic ties with the ‘democratic and sovereign’ Republic of China (Taiwan), whom Red China considers as its “renegade province”, as well as safeguarding democracy and autonomy of Hong Kong from Red China. In short, ‘tit for tat’ must be the guiding punchline of ‘AJAI’ !

The last and the only time Red China fought a war with Vietnam in 1979, it got a bloody nose. Thus, both the “military superiority” or the “aura of invincibility” of Beijing is only an overhyped ‘marketing propaganda’, far away from its ‘fragile reality’. Therefore, it’s high time for New Delhi to take Beijing’s border-belligerency head-on and checkmate it in its own ‘Art of War’ by effectively using ‘counter-Red China’ ‘AJAI’ (i.e. invincible) strategy as the Chanakyaniti of PM Modi led ‘New India’. Because ‘ghost of kicks’ will only listen to ‘kicks’ !