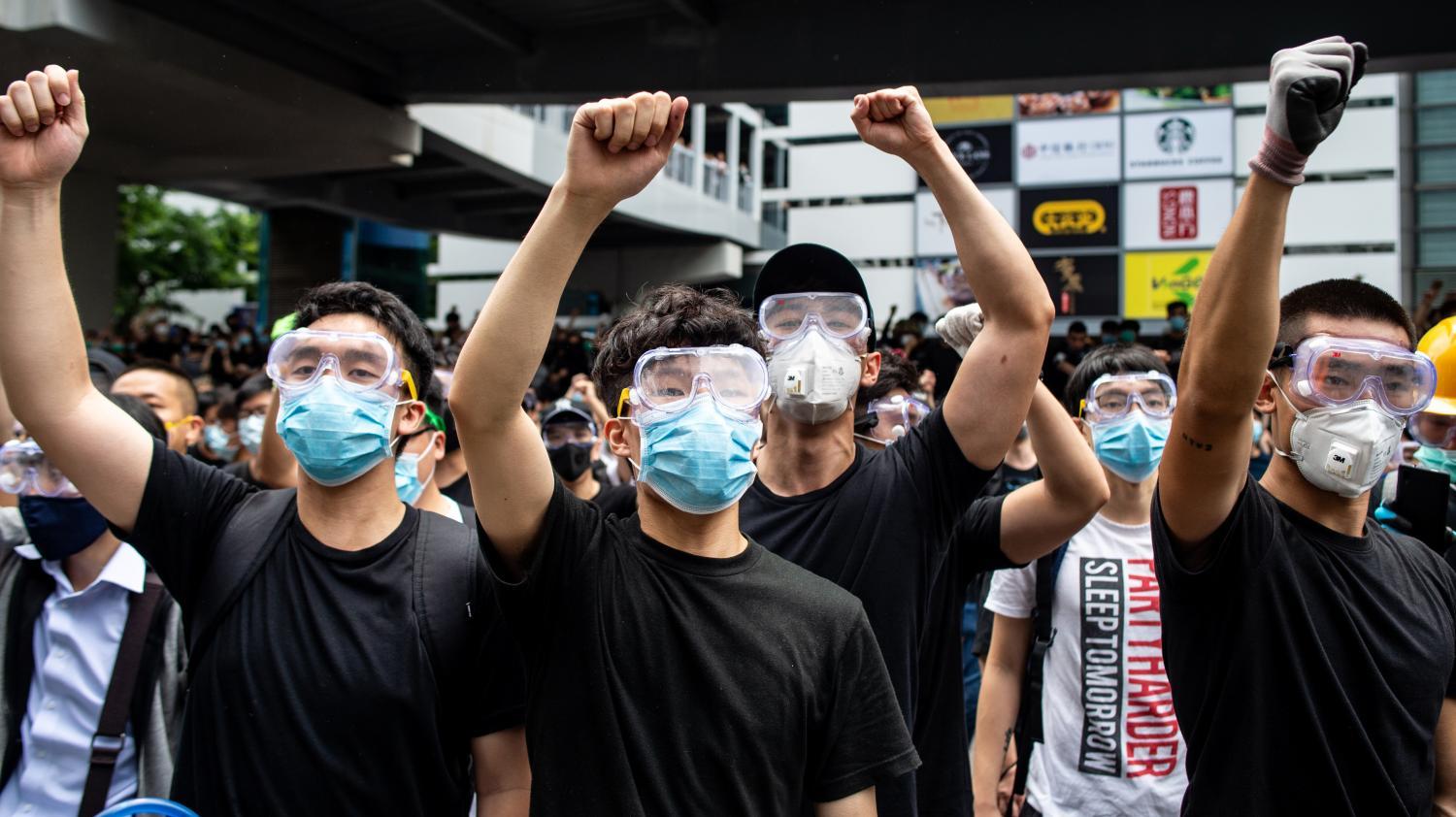 Hong Kong has once again been captivated in a series of protests by citizens who not only feel deep abhorrence towards the Beijing government but also struggle to preserve their basic rights and freedoms.

If we attend to a comprehensive analysis of the recent Hong Kong protests, it takes us back to June 2019. These protests appeared in the aftermath of the (pro-Beijing) government’s efforts to pass an Extradition Bill which triggered a series of protests with thousands of Hong Kongers pouring into the streets to oppose a major prospective Chinese influence over the territory. With Beijing all set to consolidate its presence in the southern coast and further aggravate President Xi’s South Asian geopolitical ambitions, protests have been initiated once again in Hong Kong with thousands of protestors taking to the streets to oppose a controversial national security law.

To delve deeper into an understanding of the protests unfolding in the last couple of months, it is important to visit Hong Kong’s historical relationship with China.

An assessment of the relationship between China and Hong Kong

Hong Kong has never enjoyed absolute autonomy. The international finance centre located on the southern coast of China had been a British colony for over 150 years when China had leased the country to Britain for a period of 99 years. With the lease deadline approaching and China’s indefinite claims over the country, Hong Kong’s status seemed very uncertain. Following a Sino-British agreement signed in 1984, Hong Kong was to be incorporated into Chinese territory under the principle of ‘one country, two systems’. This would allow the region to enjoy autonomy in its own affairs, except in matters of foreign affairs and defence for fifty years (1997-2047). The semi-autonomous country could also maintain an independent judicial system and preserve the freedom of the press, freedom of speech and freedom of assembly. Therefore, Hong Kong not only had a status separate from mainland China but also its own laws, own government and own police force- all under a mini Constitution known as the Basic Law. With the expiry of the Basic Law in 2047 and a series of routine protests, the main apprehension lurking in the minds of Hong Kongers is- what is the status of Hong Kong supposed to be?

An analysis of the timeline of protests in Hong Kong

Ever since the handover of the former British colony to Beijing, Hong Kong has been subject to perpetual unrest- civil wars and protests. There have been several instances of Chinese encroachments on Hong Kong’s independent status. For example, in 2003, a swathe of protestors took to the streets to oppose Chinese efforts of implementing controversial sedition and security laws to further curb the civil liberties of Hong Kongers. The legislation was abandoned after days of mass agitation. Again, in 2012, protests broke out when the pro-Beijing government attempted to amend the educational system in Hong Kong by incorporating Chinese history and culture in the curriculum, with a view to manipulating the minds of the younger generations. A pro-democratic movement familiar as the Umbrella Movement broke out in 2014 after Chinese proposals to amend the electoral system of Hong Kong. The movement gained its name from the umbrellas carried by protestors to safeguard themselves from tear gas. It stretched for a significant period of seventy-nine days and resulted in mass disenfranchisement from the electoral system.

One of the latest instances of widespread conflict takes us back to June 2019 in the aftermath of the government’s attempts to pass an Extradition Bill. If the Bill passed, both residents and foreigners suspected of criminal activity could be extradited to mainland China. In the first series of protests on June 9, nearly 1 million people took to the streets. This was followed by a second mass march on June 12, which involved nearly 2 million people. The UN High Commissioner of Human Rights condemned the unnecessary use of police force to suppress the human rights of the Hong Kong citizens who put forward the following demands.

What did the protestors demand?

The protestors demanded the following:

Facing massive opposition from the citizens, Hong Kong’s embattled leader, Carrie Lam had shelved the legislation but refused to sanction the other demands, labelling them as ‘outside her control’.

Escalation of the recent crisis at Hong Kong

Amidst a global pandemic, protestors have returned to occupy the streets of Hong Kong, yet again. While China is already battling a public eye for its failure to contain the spread of the ‘Wuhan Virus’ the country is prepared to once again intervene in Beijing’s autonomous status. The National People’s Congress in Beijing has drafted a legislation to implement a national security law in Hong Kong that will cease the ‘one country, two systems’ formula being practiced since the 1997 handover. Beijing government’s legislation is meant to prohibit ‘splittism, subversion, terrorism and any behaviour that gravely threatens national security and foreign interference.’ Civil disobedience and opposition to Beijing has been labelled as detrimental to its reputation and ties with China. Revisiting the electoral system in Hong Kong, the country’s leader- the chief executive is a pro-Beijing body elected by an election committee of 1,200 members which accounts for a mere 6% of eligible voters. The public had lost faith in the government when Carrie Lam, the Chief Executive had set aside the law, thereby giving a nod to Beijing’s ambitions. Such a move has been an attempt to contain anti-government protests in the former British colony such last June. Moreover, ever since President Xi Jinping has assumed control of the communist government in China, the country has been meddling with the autonomous affairs of the semi-autonomous Hong Kong. This is reminiscent of the legislation proposed back in 2003 to restrict the civil liberties of the citizens as enshrined in Article 23 of the Basic Law which had to be abandoned after protests. In spite of the government’s opposition to the law, Beijing has pushed to implement policies which will effectively punish anyone disobeying the Chinese and paving way for pro-democratic activities in Hong Kong.

The only way out for Hong Kong is a wide public outrage. Dissipating interests of the Hong Kong government in safeguarding the basic rights and freedoms of their citizens has compelled Hong Kongers time and again, to resort to violence and unrest for safeguarding their rights and freedoms.  At a time when help from the USA (who is absorbed in its own virus crisis) seems impossible and threat from Xi’s China looks inevitable, Hong Kong’s realities of terminating unrest and initiating peace and relaxations seem only obscure. According to Gabriel Wildau, senior Vice President at Teneo Risk Advisory while speaking to the CNBC said, “The protest movement is not going away, they’ve shown incredible resilience, and public opinion is on their side to a large extent… Protests (are) able to persist for many years.”