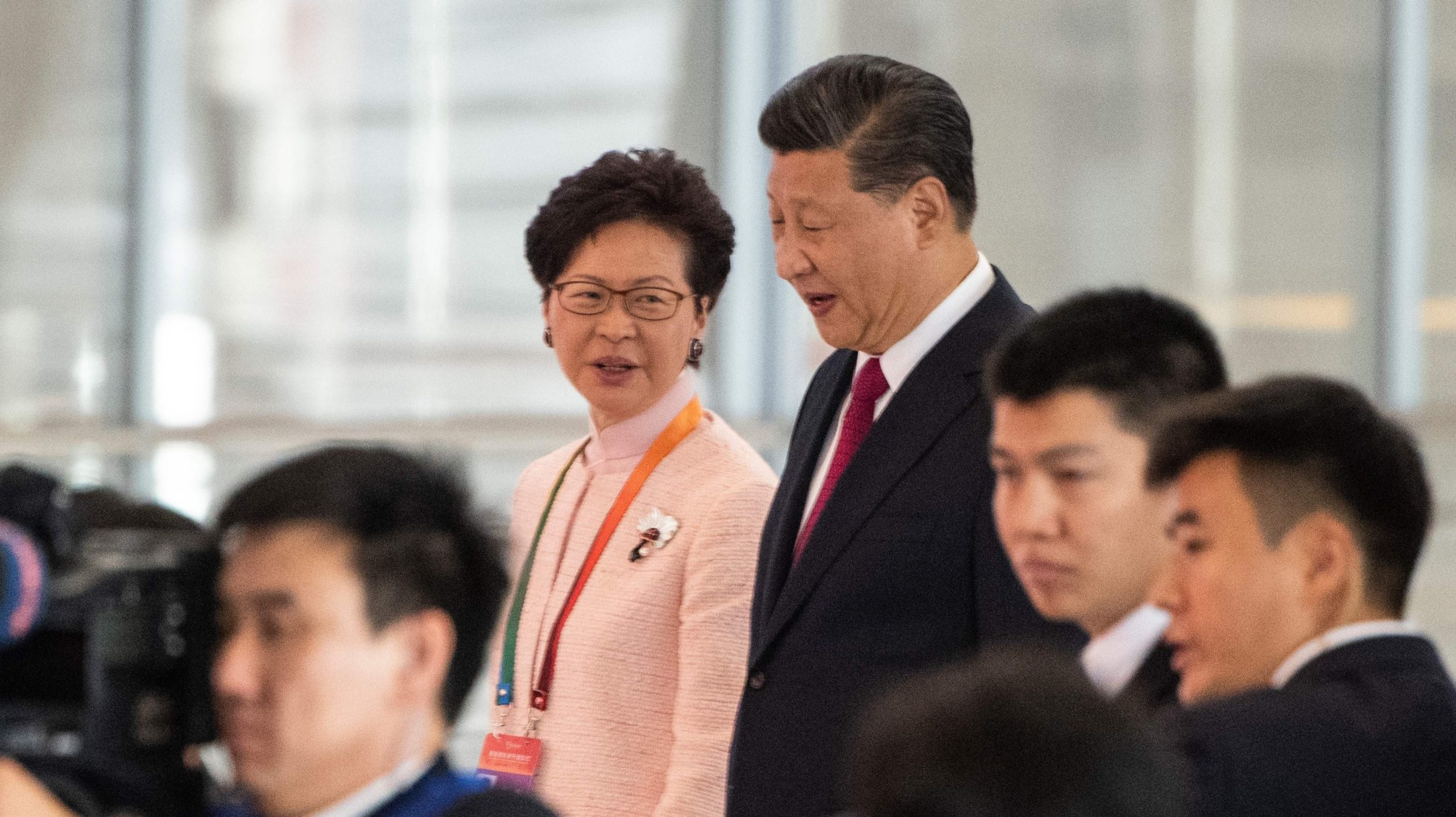 People’s Republic of China (PRC) is buzzing every discourse of power politics in international relations especially its relations with the United States of America. Whatever level of power enrichment or politics is happening in the world; it is the rise of China that we are witnessing. Its strength, weakness, opportunities and threats (swot) are in cloud nine. In planning and program world, SWOT analysis is a penchant for policymakers and policy executors to strategise on the fieldwork. So there are challenges if China thinks that its model of politics and economics is viable, durable and sustainable in the long run. This is the crux of many questions and answers that govern our daily international relations or the state of world affairs. Particularly the media coverage of Hong Kong politics today reveals the intractable politics fired by the spirit of freedom and liberty inculcated during the colonial power, Britain. Politics of and in Hong Kong has become contestations on liberty, democracy and freedom and these issues further tests and challenge the political intact or bond of PRC. The headlines in prime international news dateline display the egregious violence seen in this small territory whose proximity of the PLA cantonment is a stone’s throw away. The Gandhian non-violence and active resistance is not appealing in the Sinic world and particularly right now in Hong Kong. Otherwise, the impacts of democratic movements would perpetually conceptualize the installation of fully-fledged democracy in Hong Kong.

Hong Kong, a Special Administrative Region (SAR) of the PRC has become a battleground for the past several months in the pursuit of liberty, justice and truth. This city polis resembles a conflict zone with incognito appearances on the streets filled mostly with youthful denizens of Hong Kong. A question of freedom, rights and liberty is contesting in a space of the civil society and political society of this capitalist centre, a pearl of the Asia-Pacific. Western liberalism and modernity are aesthetically absorbed by Hong Kong inhabitants as a colonial ideological heritage of the British Empire. The protests movement has lost its non-violent mass resistance appeal that glorifies rights, freedom and liberty of the Mandarins of Hong Kong. By this time the violence, arson and vandalism reportage in visual, electronic and print media bespeak that the noble and lofty democratic movement is being adulterated by inimical incognito elements.

The political question is about the spark of ideas that has its roots in the 1997 transfer of sovereignty of Hong Kong from the British Administration to Communist China. It is a prized territory that has modern aesthetics at par with the financial and capitalist hub of the Occidental World. This write-up shows concern that the fight has turned anarchic and hostile even to lofty goals of achieving sovereign liberty to its people. The extreme point of violence would jeopardize the edifice of freedom and liberty that the teeming population demands of its government and from the mainland. The enlightened Buddha’s approach would be a surmise what he would be a bystander today in Hong Kong or East Asia. The story of Hong Kong is an omen for disaster and damage for capitalism what has been spruced up in a space that the eastern coastal city polis like Guangzhou, Shanghai et al of Communist China would like to replicate in its state capitalism.

The global unrest we witness today especially after the dawn of the third millennium that started with 9/11 incidents in the American Homeland and financial tailspin of 2008 portends that a deeper malaise, fault lines and chasm exists in a world that mediates between heaven and earth. The mandate of heaven is something a mirage we need to comprehend and perceive that what we do is doing for our living and life that should be sane, peaceful and joyful. Otherwise laughing Buddha would be sarcastically hinting that we are stupid and fools trying to change what cannot be changed or to change not to stay the same but to worsen the situation or alter the status quo. The political dialectics get continuum in human society as long as liberty and justice is ensured or in pursuit of Veritas (Truth).

Violence must stop and the mass movement – peaceful with purpose, conviction and moorings fructify its vision. In this concert, the global solidarity if it is there active or passive support for the Hong Kong people does not get polluted in the manifestation and accentuation of the untoward events. People of the Free World certainly support the cause of what their generations or forefathers have fought and triumphed in larger world humanity. Solidarity with silence is seen as turning blind eye to collusion in delaying to resolve problems like these resistant movements and events. The art of silence, the art of fight and the art of power do underline that public intellectuals enlighten and illumine that times and circumstances need resilience, endurance and peaceful dialogue to accept constant change in an uncertain and chaotic state of affairs.

Staunch liberal internationalists believe in cooperation, democratic peace and interconnectedness. These avowed and cherished principles are dear in the 21st century and at the edge of the precipice of hyper populists. But stereotypical regimes perpetuate political stigma and political anathema what global humanity is slowly converging on daily living and survival. These convergences and divergences are part and parcel of human history. But never in current history that we are tied together closer in communication, media and mediums to interweave and interlock in our common survival and struggle in a democracy. A template of democracy would be the undercurrents of protests.

By blending democratic sovereignty in a peripheral territory of PRC utilising a non-invasive political craft and political persuasion can ensure body politics against coercive approaches and surgical intrusive methods in political diagnoses. Anti-government mass protests started in 2003 with intermittent upsurge. The Imperial and Colonial administration had disciplinary and result oriented administrative conduct. When the power of administration is transferred to Hong Kong’s self-rule or home rule, the work performance is frustrating for many residents it is argued.

Hong Kong is said to be no exception in juxtaposition to the other post-colonial states facing immature transitional management and administration. Anti-subversion and extradition laws are seen as gradual intrusions of the Chinese one party state in the periphery. Slow democratization is the repercussion of these political trends. Intellectuals talk of lack of social cohesion, economic disparity and devoid of redistributive measures, fiscal deficit and budgetary debt, social injustice and inequality.

Hong Kong democracy seems indirect and elected representatives and inclusions are demands of freedom loving denizens. On the other hand, constitutionalism and constitutional development are desired to be under a democratic template and not like the communist system. The Hong Kong government is facing legitimacy crises and lost the credibility, trust and popular support ratings of being mainland appointed administrative systems.

Democracy in Hong Kong did not usher well due to colonial interests and opposition from PRC. A special autonomous region, Hong Kong is considered to be quasi-bureaucratic authoritarian political structure vested power in bureaucrats. The officialdom refuses to democratize the system from a top-down approach and that is counterproductive. Thus, we are witnessing bottom-up demands to democratize. Political society is said to comprise a politically weak civil society and a non-participant political culture. But crippled bottom-up democratization allegation is refuted in by this year protests which is dividing pro-democratic infant civil society and emerging political society.

The major criminal elements which foster gender-based violence, disappearances and illicit trafficking activities of Chinese women and girls since the 20th century and into the 21st century cannot be overlooked in China, Hong Kong, and Taiwan. The discussion and debates should be on meting out justice to female victims under respective systems and cooperation. Otherwise under the garb of democratic façade, impunity and crime against women cannot be taken for granted. Only punitive measures can curb such crimes in the city polis.

Hong Kong hints on the political theory of administrative cooption of politics, appraisal of one country two systems principles, and policy in Basic Law. They all signal shortcomings and repercussions of the Chinese communism making inroads and incursions to infant democratic feelings, emotions and reasons.  In fact, it has been a core issue of China to make capitalism and democracy urgings compatible in a distinct system under one country’s territory principle. Thus, it provides a key to understanding contemporary China and its trajectory of politics including oppositional debates and movements.

The political future of Hong Kong will wither away the colonial legacy of the political system. And strategies of PRC are subtle it seems to grapple the demand of democracy – total and complete and administrative and law enforcement stress put by oppositional politicking. There is a possibility of the introduction of universal suffrage for the selection of the Chief Executive, and to consider how Hong Kong can secure a democratic future in the context of broader Beijing-Hong Kong relations.

Hong Kong could be a lesson for democracy and democratization for the Mandarins apart from economic and financial prosperity. China’s own transition could resemble much like Hong Kong especially in the coastal areas. It is a torchbearer of liberty and freedom and the rule of law based on democracy and good governance in Greater China.

1 reply on “Embattled Hong Kong, China: A Battleground of Liberty”