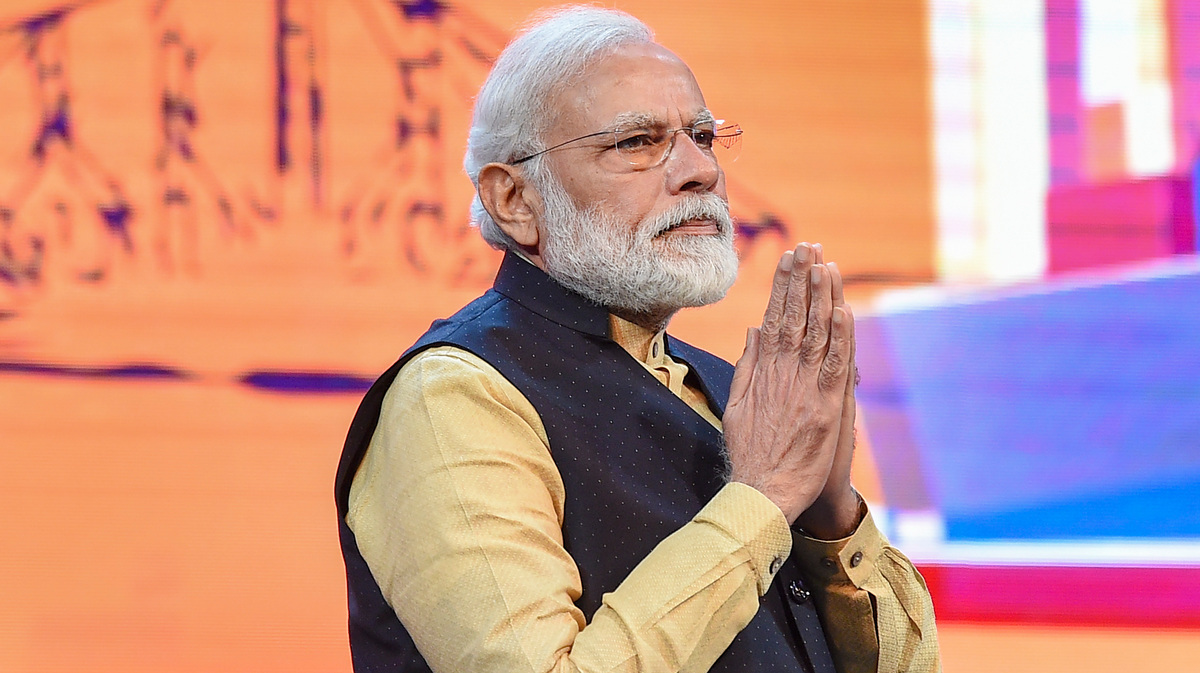 India’s cultural diplomacy has only progressed in the last decades. The Government of India has been proud of the nation’s outreach of multifarious mediums of ‘Soft Power’ through public diplomacy, performing arts, Ayurveda, cuisine, diaspora, music and yoga. The world has come to recognize the centenaries-old custom of India’s soft power’, ‘Namaste’, which is a formal or informal greeting. ‘Namaste’ also expresses bonding and a sense of oneness across India. ‘Namaste’ post-COVID-19 has come to have a worldly acceptance due to its spiritual element, though appreciated as a Hindu way of greeting.

Chinese actor, Jackie Chan in a recently released video, began and ended with a ‘Namaste’ while delivering a note of love and peace in the hard times of COVID-19. Even the leaders across the globe such as the U.S President Donald Trump, Prince Charles from the U.K, Israel Prime Minister Benjamin Netanyahu, (Syed Akbaruddin) India’s Permanent Representative to the United Nations, French President Emmanuel Macron and German Chancellor Angela Merkel have acknowledged the gesture of ‘Namaste’ post-COVID-19. With social distancing being the norm in the hard times of COVID-19,  ‘Namaste’ as a non-contact greeting is viewed as favourable, healthy, safe and easy to practice. According to world-renowned Indologist, Wendy Doniger, ‘Namaste’ translates to “We bow to you”. It is also an act of worship and a connection of two minds. Mahatma Gandhi explained the meaning of ‘Namaste’ to Albert Einstein “I honour the place in you where the entire universe resides. I honour the place in you the light, truth, love, wisdom and peace. This signifies how one simple word ‘Namaste’ has so much potential to bring peace between nations, people and within oneself.

Hinduism is a vibrant and diverse family of philosophies, practices and customs that are held together by quintessential and core beliefs. ‘Namaste’ which is appreciated worldwide today, originated in India. Indus valley civilization has unveiled numerous terracotta excavations in ‘Namaste’ posture and dance styles. Yoga is the foremost reason behind its popularity. Several cultures in Asian civilizations have distinct interpretations of the same gesture. ‘Namaste’ devoutly signifies rescinding the ego and establishing a healthy rapport. Namaskaram, Namaskar and Namaskaara are one of the common practices of formal traditional greeting in the ‘Vedas’. The technology is also picking up with Indian traditions such as WhatsApp and social media promoting ‘Namaste’ emojis. Likewise, Google Home and Alexa are being processed to greet one with ‘Namaste’.

‘Namaste’ as the new weapons-free sign is quickly mushrooming as the new means of India’s soft power that is continuing to spread positive vibes in foreign relations. India should go ahead and collaborate with United Nations, Indian Council for Cultural Relations (ICCR), Overseas Indian organizations, Indian diaspora and Indian embassies which could help in elongating the ‘Namaste’ campaigns across the world to enhance the nation’s cultural diplomacy to fight the virus apart from India’s role of extending its support in post-COVID-19 ‘Medical Diplomacy’. In the troublesome times of the pandemic, it is crucial to spread the spirit of the Indian philosophy notion of ‘Vasudhaiva Kutumbakam’ (One world family) with not just unity in diversity but also unity in divinity. ‘Namaste’ can be the succeeding Indian soft power and cultural diplomacy export to the world, which should be considered as a ‘national greeting’ and further be patented by the country.