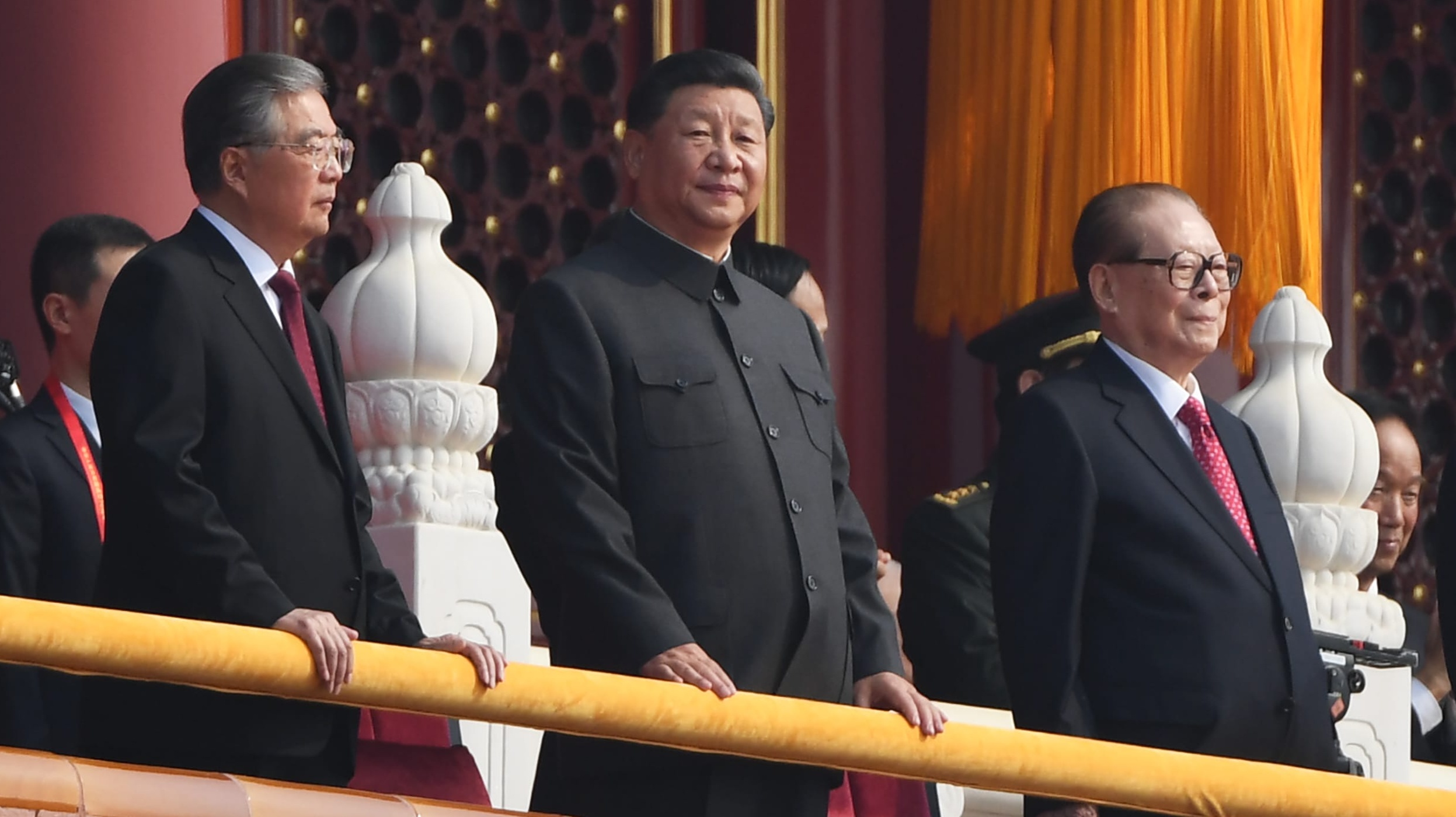 China as a mounting power is testing the existing global order with its fast-growing economic strength, extensive international investment, burgeoning military capability and superior technology apart from aggressively expanding its foreign influence at the world platform. Like how Nye states that power is the “means of obtaining desired outcomes” China has used its foreign policy of non-interference to augment influence in various countries. In 2017, the National Endowment for Democracy proposed the concept of ‘Sharp Power’. It refers to a regime’s capacity to influence the thoughts and opinions of audiences in a target nation to change their behaviour and minds to undermine the political system of a target country using manipulative diplomatic policies. China beyond the borders has exhibited the kind of government by pursuing a grand craft using sharp power to promote its global interests by manipulating the political landscape of nations. China’s efforts in transnational economic aid, cultural activities, people-to-people exchange, educational program and the advancement of foreign media operations are all run as a toolbox of sharp power.

During the 19th Chinese Communist Party (CCP) Congress, Chinese president, Xi Jinping has asserted that China would remain faithful to the Leninist party model, by strengthening the hold of proletarian dictatorship and prepare to challenge the private capital and liberal democracy at the global stage. China has attempted to make democracy look relatively less attractive by attacking the integrity of democracies and the ideas underlying democratic systems. Though Hong Kong and Taiwan have been the testing ground for Chinese sharp power influence activities, Australia became the first country to raise a red flag about China’s tactics about the latter’s interference and influence in Australian politics and Universities. Lately, Chinese Australians are experiencing the negative impact of the CCP’s influence in Australia. Chinese penetration is also evident in parts of the United States, Canada, South America, New Zealand, Europe, Asia and elsewhere that have sparked protests.

China through The Belt and Road Initiative (BRI), is using the traditional tools of the country’s statecraft to create a new Sino centric era of globalization apart from new types of economic incentives and debt-financing arrangements. Chinese financing for infrastructure projects under the BRI has seen countries facing unimaginable debt levels for projects of questioning economic viability. China has been facing criticism through “Debt Trap Diplomacy” in some parts of Asia, Africa, and Latin America.  India has not been under such extreme influence and has made a decision to stay away from BRI along with Bhutan.

Through ‘Media Warfare’, China has been pushing paid content to defend its foreign policy objectives and its domestic policies and advance communist polarization to target governments through reputed podia. David Bandurski, a China analyst explains how the Chinese state-linked partners entered into a partnership with the Discovery Channel in an international film co-production titled “China: Time of Xi” that had a massive reach of millions of viewers across 37 countries in Asia. Activities such as offering enticing scholarships, employment and all-expense-paid trips to students and professionals from the U.K, U.S, Africa, Asia that are helping the Chinese State’s espionage activities and to mould favorable public opinion at home and abroad, have allowed China to export its regression and build a large network of global influencers. Some Indian Institutions have also entered into research alliances with China, which has been continued funding scholarships for Indians. Cambridge University Press (CUP) in 2017 took the controversial step of removing nearly 300 articles from a Chinese website that hosted the China Quarterly after PRC’s General Administration of Press and Publication threatened to make all CUP-published journals inaccessible from within China. Global technology rostrums such as Facebook and Google (Blocked in China) have been pressurized by China in the past to eliminate selected content. Through “The Great Firewall”, an online censorship system, China has long been able to curb and manage what the Chinese users can access when they go online. State dominance over political eloquence and communication is fundamental to authoritarian governance.

The Federal Bureau of Investigation has testified that China’s “Thousand Talents” program is fascinating for both Chinese overseas talents and foreign specialists to bring their expertise and experience to China, which also means stealing exclusive information or violating export controls. According to the National Counterintelligence and Security Center’s 2018 report on Foreign Economic Espionage in Cyberspace, China continues to use “Cyber espionage to strengthen its strategic development goals”. Evidence of reports from a national security and intelligence watchdog shows foreign interference directed at Canada where China apart from Russia is meddling in Canadian affairs. China’s attempts to exercise influence over Singapore media think tanks and universities have also grown over the years. In the Balkans and Central Europe, there are indications that China is using several forms of capital inflows such as aid, debt, and equity to attain geostrategic ambitions by sidetracking the region from a trajectory of assimilation into the society of democratic states. South Koreans who were widely disillusioned due to China’s sharp diplomacy throughout the THAAD dispute have come to acknowledge China’s assertive geopolitical aspirations and expansive nationalism.

Larry Diamond, a distinguished scholar of democracy, has affirmed about Beijing’s efforts to direct “Sharp Power” in American universities, colleges and think tanks. Confucius institutes whose aim is to promote Chinese language and culture according to reports are believed to lack of transparency on how they operate on the university campus. They are under scrutiny, for promoting CCP positions on sensitive or critical issues such as territorial disputes or religious minorities in China. This is significant with what John Fitzgerald, a Chinese expert observes: “There is no boundary between politics and what passes for culture in modern China”. The Cultural Revolution of China in the 20th century is an important example, which gave way to the politics of controlling universities, media and culture. Though Confucius Institutes are ‘just tip of the iceberg’ of China’s sharp power, some people have described Confucius Institutes as “Trojan horses”. They are also instances of Chinese manifesting sharp power in Hollywood. China since the last few years has increased its presence in Hollywood by collaborating and co-producing movies with the U.S. The 2019 animated Hollywood movie “Abominable” includes a map that supports China’s territorial claims in the South China Sea. The movie was largely opposed and banned by Vietnam.

Throughout Sub-Saharan Africa, the Chinese state-media outlets that have bureaus have been commanding their decisions on the African editors to the stories what China feels strong about. Beijing has continued to censor, repudiate or alter the content where its interests are involved to ensure China is constantly portrayed in a positive light. The Chinese ambitions to become an international powerhouse in big data, Artificial Intelligence and other rising technologies have important ramifications for democratic governance around the world.

Post COVID-19, all is not well for China which is trying to exert its Sharp power in the strategic hotspot of Greenland, presence in South China sea by sinking the Vietnam vessel that was widely criticized, it’s venturing into the Antarctica and Arctic region, the Line of Control (LAC) border dispute with India, a diplomatic spat with Australia,  its decision to drop “peaceful” in reunification narrative with regard to Taiwan and the recent move to impose a new security law in Hong Kong. On the other hand, China, which recently tried to please the world with “Mask Diplomacy” post-COVID-19, has ultimately suffered a backlash, that has shattered the image of the “Red Dragon”. The Chinese apps and companies have come under the radar as U.S Senate has recently decided to pass a bill to delist hundreds of Chinese companies and ban Chinese app Tik Tok from government work phones. The Indian government has also brought numerous Chinese apps under radar post-COVID-19.

China has to face severe political, diplomatic and financial hurdles from the rest of the world amid the global pandemic by facing allegations of spreading coronavirus. The authoritarian regimes like China and Russia sharing anti-liberalism see the world order shaped and controlled by the U.S and its allies as unjust, unfair and a grave threat to the regime’s survival due to a series of “Colour Revolutions”. The new trend of “De-Sinicization” has been developing in the world supply chain where companies want to become less reliant on China after the COVID-19 crisis. Nations have started looking for a safe-haven like India to establish their companies and industries. But seeing the expansionist artifice of Chinese sharp power while the rest of the world is suffering, the pandemic is unlikely to put a full stop to China’s “Art of war” and its ambitious horsepower outreach.

In 430 BC, the Great Plague of Athens in 430 BC  lead to the inevitable fall of democracy in Greece, likewise, COVID-19 looms to devastate the world order. As the pendulum clock starts ticking and the pandemic dust settles down, there would be a new world order that will also begin to challenge the role of China’s sharp power.