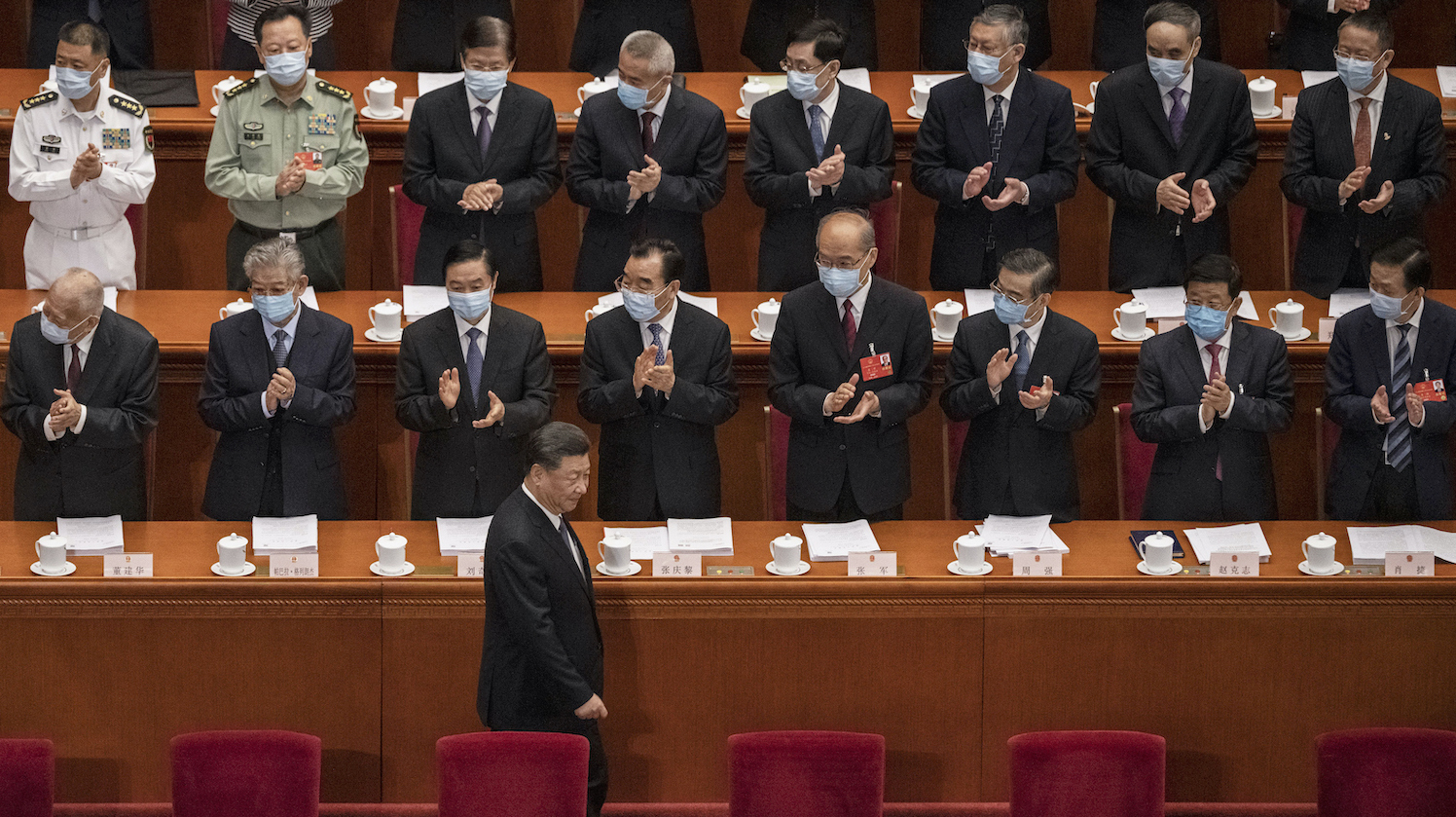 The horizon of the modern tech-savvy citizen is co-extensive with the entire globe opening up in rapid motion with increasing malleability of boundary and deterritorialization of social space. In this cauldron of transformation, a point of longish debate centres on the strength of the diehard members of the international system that resulted from the treaty of Westphalia (1648). As such, we are still negotiating and reconciling with the pangs of pressing international problems as much as local and national problems do. The whammies of the zoonotic swine flu in immediate home town hitting the headlines in social media or when a devastating cyclone wave Amphun, no doubt, reveals the plight and predicament of citizens directly; a power clash simmering in Palestine after the new “unity” government with the reelection of Prime Minister Netanyahu in Israel with plans of annexing a major portion of the West Bank or clouds of brewing conflicts and impending crises in the Middle East (although the US has lowered threat perception from Iran) or Central Asia intensifying with regional energy export facing economic downturn may not also be very late in affecting the psyche of their peace and mental happiness. Indeed ‘the affairs and interests of every modern community extend to the uttermost parts of the earth’, and this necessitates a clear understanding of the perceptions of the modern citizenry of the forces that tend to destabilize world peace. Nationalism is one of such potent forces. Nationalism has nowadays become so pervasive and corrosive a force that its ebullience can hardly be undermined in the political life of mankind. Simultaneously, sub-nationalism is the policy of asserting the interest of one’s own region or province, as separate from the interest of the nation, which often finds expression and articulation through regionalism or separatism eventually like the Catalan movement in Spain. The point to be noted here is the tendency of recurrence that a politically conscious Nationality often makes the demand for the right of self-determination — the right to shape its own political destiny of its own choice. Put in this perspective today’s Hong Kong’s protest movement is apocalyptic of the reflection of regional sentiments together with the issue of self-determination. “It (regionalism) embodies a desire for self-development on the part of the people of a region who consider themselves a distinct community in one or more of the following ways – language, religion, ethnicity, tribal groups and cultural pattern”. (Iqbal Narain, 1985). In the case of Hong Kong, regionalism on the one hand and the right to self-determination of the common man on the other are the two forces simultaneously at work. It is to be noted here that the question of political existence, political consolidation, political support and political aspiration may breed such regional attitude.

Of late, the Chinese Government has been trying to pass a law to pull the reins in Hong Kong. Hong Kong was rocked by anti-China Protest Movements in the last year. Thousands of Hong Kong people took to the streets demanding sovereignty and autonomy at that time. Beijing is now prepared to strengthen its own reins over this Special Administrative Region. For that reason, a Draft of a new National Security Law has been tabled in China’s Parliament at this hour. Since then the issue has been hotly debated, not just in Hong Kong but around the globe for such highhandedness on the part of China. The critics claim that by passing this law, the Chinese Communist Government intends to gag the protesting voices of the people of Hong Kong forever who are desirous of the democratic ideal and concomitantly the human rights dimension also comes into play.  Beijing, however, claims that the draft law has been tabled with the intention to ensure more protection of the rule of law to the common man of Hong Kong. Yet, there is no doubt that the hidden agenda in the garb of the sugarcoated rationale is nothing short of China’s ploy to impose its draconian policies on Hong Kong. Noticeably China wants to do such an exercise at a time when the tide of democracy is flowing in most of the countries in the globe in the 21st century but when the credibility of the talk of probable Sinification of world order by the propaganda machine of ‘lionizing communist cadres’ faces tremendous trust-deficit. Now, of course, the matters are likely to be complicated in view of Taiwan refusing to integrate with the mainland lest China may avidly wait for such an opportune moment to swallow it. Although the implications of Taiwan, in case what stand its nationalist party takes to leverage, are “far greater than in Hong Kong’s case”, nevertheless the assertive lines of Tsai Ing-wen who very recently sworn in as the President of Taiwan for the second consecutive term might embolden Hong Kong to do doubt. When much depends on what China in its very recently concluded session of National People’s Congress has decided and when it frantically searches for the ways out to get rid of economic slowdown, it is unlikely that pandemic would encourage it to be more flexible and humane in dealing with democratic reforms in Hong Kong, rather more realist and highhanded China might come out from underneath of liberal expectations or tolerance that it so far has exhibited. It seems so because China’s communist authority hopes that “success in implementing one country two systems in respect of Hong Kong might woo Taiwan too to get back to China’.

By the way, we can precisely shed some light on the background of Hong Kong. Officially the Hong Kong Special Administrative Region of the People’s Republic of China (HKSAR), is a metropolitan area and special administrative region of China in the eastern Pearl River Delta by the South China Sea. It became a colony of the British Empire after the Qing Empire ceded Hong Kong Island at the end of the First Opium War in 1842. The colony expanded to the Kowloon Peninsula in 1860 after the Second Opium War and was further extended when Britain obtained a 99-year lease of the new adjacent territories in 1898. Thus, British suzerainty over Hong Kong under which Hong Kong thrived economically was reflective of the superiority of the colonial British power over China which was not only unacceptable from the point of China’s nationalist pride but it also became a daunting challenge to enact the principle of “one country, two systems” successfully. It was because China had to commit itself by virtue of a joint declaration with Britain that even after its return to Chinese fold in 1997 Hong Kong would continue to enjoy “a high degree of autonomy”. Thus, as a special administrative region, Hong Kong maintains its separate governing and economic systems from that of mainland China.

Originally a sparsely populated area of farming and fishing villages, the territory has become one of the world’s most lucrative financial centres and commercial hubs. It is the world’s tenth-largest exporter and ninth-largest importer. Hong Kong has a major capitalist service economy characterized by low taxation and free trade, and the currency, Hong Kong dollar, is the eighth most traded currency in the world. Hong Kong hosts the largest concentration of Ultra high-net-worth individuals of any city in the world. Although the city has one of the highest per capita incomes in the world, there is severe income inequality among its residents.

Hong Kong is a highly developed territory and ranks fourth on the UN Human Development Index. The city also has the largest number of skyscrapers of any city in the world and its residents have some of the highest life expectancies in the world. The dense space also led to a developed transportation network with public transport rates exceeding 90 percent. Hong Kong is ranked sixth in the Global Financial Centre Index. As of the 2019 annual ranking of the Index of Economic Freedom, Hong Kong has come out on top 25 years in a row, according to the Heritage Foundation, a U.S. conservative-libertarian think tank.

In the last year, Anti-Government protests in Hong Kong lasted consecutively for about six months. The controversy started to begin with the introduction of a proposed extradition bill by the Hong Kong’s Government (although headed by China), which later on turned into anti-China protests. In due course, it has been seen that Hong Kong’s Administrative Chief Cary Lam was forced to withdraw the extradition bill amid strong protests. According to commodore R. S. Vasan although removing the controversial bill was a welcome move most of the other demands relating to police investigation and brutality were not met. So, anger would remain among the public. Obviously, it was a tactical move by Beijing because it did not want the international community particularly the US, suffering from the ‘Thucydides trap’ to find an excuse to react or to create an awkward situation just before the 70th-anniversary celebration of the founding of the People’s Republic of China. Importantly although Beijing government has taken a policy of wait and watch without recourse to any repressive policy or measure, the last year’s mass movement, according to Melinda Liu (Foreign Policy  July 16, 2019) has stoked a radical new demand “universal suffrage, something Hong Kong residents never enjoyed even under British rule”. Now an extension of this demand means Cold War politics reverting back to hit China because in the ultimate analysis it would turn out to be an ideological barracking for China which is certain to face a catch 22 puzzle. It is because market fundamentalism which China upholds, now it might turn against it and that too in the form of ‘western-style liberalism’ that China abhors.

But the political dynamics of Hong Kong is perhaps taking a very curious turn even in a subdued manner in the early part of this year 2020 when the flames of protests were less intense due to the outbreak of COVID-19 Pandemic. This practically precluded the political gathering of the common man. Yet from the month of May 2020 Hong Kong has started to coil back to normalcy. Interestingly, however, little by little, the protests were coming back to the scene in Hong Kong. At this juncture, the Chinese Communist Party proposed a new Security Law which was vehemently opposed by the people of Hong Kong who are longing for democracy. In the past, Hong Kong failed to curb the authoritarian attitude expressed by Communist China. Naturally, the question is whether the people of Hong Kong will be able to resist this Chinese law enforcement.

The proposal will become law as soon as the National Peoples’ Congress’s seal is affixed to it, which many of the critics feel is a matter of time only. The democratic leaders and the common people of that region apprehend that Hong Kong’s longing for both democracy and the principle of self-determination will be jeopardized if the new law is passed. On the other hand, the Chinese government has always believed in the principle of “one country two systems” in respect of the two regions like Macau and Hong Kong. But the repeated protests in Hong Kong by the pro-democratic young generation have caused apprehension on the part of the Chinese leadership; they fear that in the future Hong Kong may go out of their ‘zone of influence’. This sort of thinking has always been eating away at them. At the same time, there is a talk about whether Hong Kong’s pro-democracy leadership is just biding time, or are they serious because Hong Kong might be a test case for introducing pro-democratic reforms in China with far wider implications not only for China alone but also for future world order. So, when speculations writ large over the prospect of Hong Kong representing the “third wave” of world democratization, the hard reality shows China’s intransigence in the face of mass discontent. This lack of insensitiveness might be an effective posture for the Communist Party of China but it would always think twice before repeating another Tiananmen Square massacre. There lies a silver lining however glimmering it might be.