The Recession in Japan and its Impact on The Global Economy 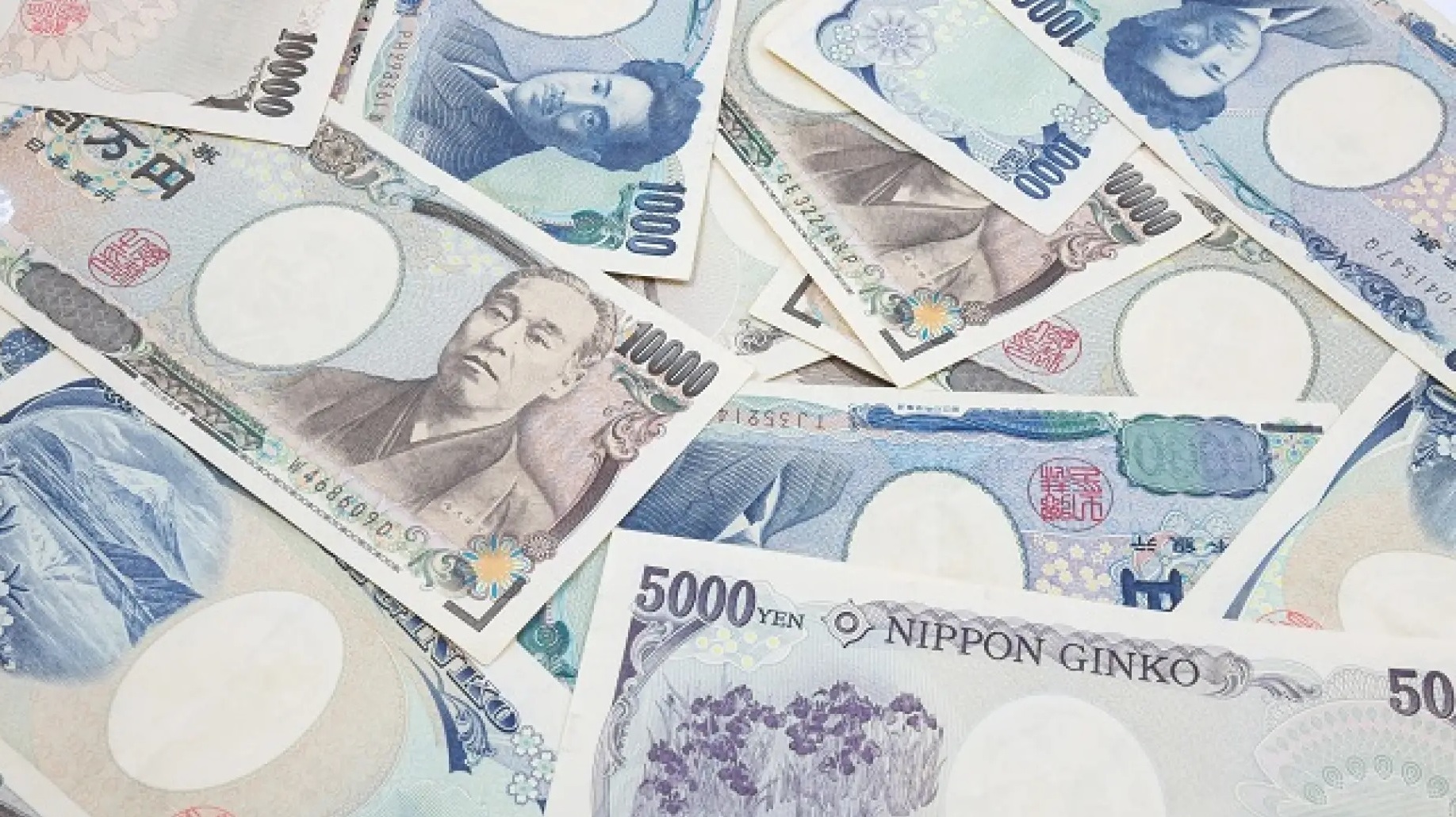 The world’s third-largest economy, Japan, fell into recession into the third week of May, with several countries of the world have initiated the opening up of their economies following the conclusion of nationwide lockdowns as a result of the receding COVID19 pandemic. The previous recession in Japan occurred in the second half of 2015, while this recession is seen, as per a Reuters article, to be the worst since the end of World War II. A recession is defined as “a period of an economic contraction, sometimes limited in scope or duration”, as per Dictionary.com. During a recession, an economy experiences massive job losses, impediments to the creation of new jobs, stunted growth in the Gross Domestic Product (GDP) – a key determinant of a country’s overall wealth, the slowdown in industrial growth, impact on bilateral and multilateral trade, and further accumulation of government debt. Among the other factors impacted by a recession include the losses faced to jobs held by foreign nationals, withdrawal of investments owing to poor prospects in returns, etc.

The impact of the recession on Japan’s economy

The recession is the commencement of a downturn in Japan’s economy (Japan’s GDP sank by 3.4 percent in the opening quarter of 2020), following the deadly impact of the SARS Cov-2 or the novel Coronavirus. The virus, so far, has claimed over 750 lives with cases continuing to mount at the time of writing of this article. Domestic cases notwithstanding, Japan has accrued a large number of cases and deaths from aboard the Diamond Princess cruise liner, a British cruise tourism ship that was docked in Yokohoma Port amidst the spread of the virus on-board following an infection of an 85-year old person.

Japan has allocated 21 percent of its GDP ($1.1 trillion) as part of an initial government stimulus, followed by a supplementary stimulus, to reinvigorate the economy and strengthen underperforming sectors, as well as cash hand-outs to all citizens amounting to ¥100,000. The latter was a move aimed solely at strengthening the individual’s spending on essential goods during Japan’s state of national emergency. A cash-handout aimed specifically at students in dire financial need was approved a few days ago by the Cabinet of Japan. The emergency, announced in April, has since been lifted in 39 of the 47 Japanese prefectures, with the critical prefectures such as Tokyo and Osaka, deemed critical owing to a large number of cases and the vulnerability of these regions to the novel Coronavirus, to soon benefit from the relaxed curbs. Some of the priority areas such as defence are unlikely to feel the impact of the recession, as Japan’s defence budget for the next five years at $47.2 billion emphasizes the island-nation’s overtures towards overhauling the contentious Article Nine of the Japanese Constitution – a post-World War II stipulation that holds back Japan’s defence machinery from initiating and engaging in conflict. Business engagements all but come to a standstill with all-round drops in profits and the scale of activity, while the prospects for new businesses to set up shop remain far and few between, or nil during extreme recessions. Industry leaders seek cash injections from government stimulus’ to continue operating, or face the prospect of shut-downs, limited operational capacities, and layoffs.

The impact of the recession in Japan on the global economy

As on date, and even post the announcement of a colossal government stimulus and a subsequent one thereafter amounting to a total of 21 percent of Japanese GDP, Japan remains the world’s third-largest economy after the United States of America and the Peoples’ Republic of China. Close to a decade ago, China usurped Japan in global GDP rankings and has, since, been involved in a two-horse race with the US and several other emerging economies such as India which threaten to overhaul the economic world order. Given its strategic significance in East Asia, Prime Minister Shinzo Abe’s Japan will likely face further pressing concerns in its neighbourhood. A Japan-South Korea stalemate in relations – one that has spiralled since mid-2019 – is likely to remain with trade restrictions between the two countries all but effective due to the recession in Japan, and unlikely to see any leeway. Only recently have the South Koreans sought rapprochement with Japan over trade. Relations with North Korea are on a precipice, with routine ballistic missile tests by Kim Jong-un’s regime off the Sea of Japan, and as per a report in KBS World Radio News, Japan is likely to be threatened by North Korean nuclear missiles in the near future. Other countries, too, will threaten the economic status-quo of East Asia with reductions in Japanese exports likely to open prospects for companies and businesses from Russia, China, South Korea, etc.

Trade between Japan and its neighbours and the extended world is likely to be impacted. Reports of a decline in export-import commodities are already proliferating the mass media. Japan is likely to import lesser commodities that it doesn’t need, while it is likely to retain spending on commodities of urgent value such as imports of food products from staunch allies.

Japan is and has been, a food-insecure country for a prolonged period in its post-WWII history, and the COVID19 pandemic will likely have dampened the prospects of the goal of its leaders to achieve 45 percent food self-sufficiency by 2025. Japanese exports have shrunk by 21.9 percent as compared to the last quarter of 2019. As of December 2019, government debt in Japan stands at $12.7 trillion.  Japan is likely to curb government spending, with a significant portion (approx. 21%) of the Gross Domestic Product having been allotted to COVID19 relief, and also due to one of the world’s highest public debts.

Foreign nationals, many of whom are Indians who have been stranded in the island-nation since the ban on international travel, will likely lose their jobs as Japanese leaders seek to employ the unemployed from within the domestic economy. A tendency to prefer domestic hires over foreign talent is often the mark of a recession.  The Japanese economy is also likely to curb external hiring, with most foreign nationals (Japan has over 2 million foreign nationals) fearing losses in jobs and unable to leave Japan, amidst the raging pandemic.

Conclusion: Hopes for the Japanese economy

To what extent the recession damages the Japanese economy is apparent, and to what extent the world’s third-largest economy can recover will be determined in the days ahead, with reports in the mainstream media and The Japan Times having warned that much worse can be expected. A recession often lasts weeks and months, and to no end. To rebound from a recession, a government seeks to implement the necessary reforms (a set of corrective measures that can drastically alter the salient parameters of a struggling economy), devises strategies to reinvigorate manufacturing, services, and jobs, seeks more loans from its creditors while its external debt balloons, and generally hopes for silver linings (and in Japan’s case, this time around) in the many appallingly dark clouds. Knowing historical Japanese resilience – as witnessed post pandemics, natural disasters, accidents such as the Fukushima Nuclear Disaster of 2011 and many such ills that plague the island-state – one can only hope for the better as regards the Japanese economy in the near future.

Jay Maniyar
The author is a Research Associate at the National Maritime Foundation in New Delhi, India. The views expressed above are in a personal capacity, and do not reflect the views of his employers. He can be reached via email at jaymaniyar@gmail.com, and can be contacted on the professional networking platform, LinkedIn.
Tags:
slowdown Covid19 World Novel Coronavirus Recession Downturn World Economy East Asia economy Japan
Share:
Share this...