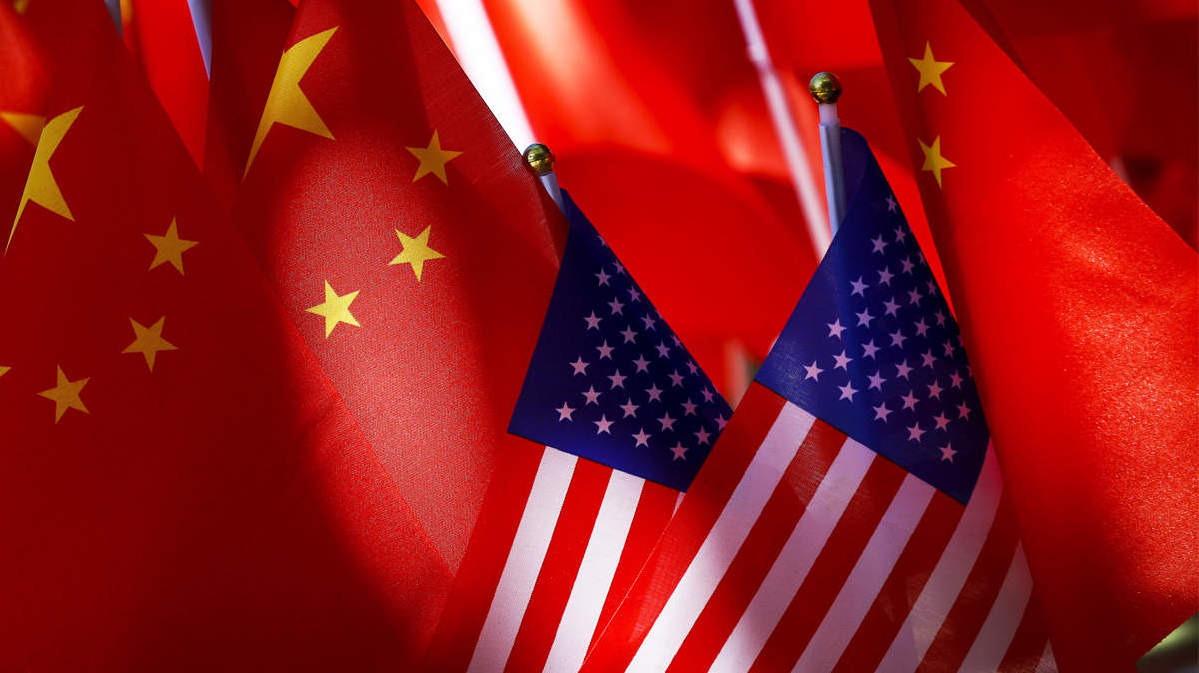 It can be said with some certainty that the COVID-19 Pandemic, which was seen by many as a tool for global cooperation, has actually proved unsuccessful in mitigating threats to peace and security, being one itself. Alternatively, it has become the veil under which global superpowers are flexing their military and economic muscle to let each other down. Needless to say, the escalation of tensions between the United States and China is an important example here.

A Brief History of U.S-China Skirmishes

Much of it began with the election of Donald Trump to the United States Presidency in 2016. In the early years of his election, Trump’s preoccupation with China was limited to three points of contention – firstly, the threat that China’s increasing geopolitical ambitions would undermine the U.S’ position as World number one; secondly, there existed a trade imbalance of an estimated U.S $378.6 billion between the two countries as of 2018 (with the U.S being in deficit); and thirdly, the view that China’s trade vision and practices go against the World Trade Organisation (WTO)’s regulations, because technically under the WTO, China is still a developing country and therefore, its markets should be very welcoming to imports from developed countries – which is not the case. President Trump consistently emphasised that China is stealing jobs from the U.S, and is “cheating on its workers”. The Trade War that followed was based on the founding fact that 67 percent of the U.S trade deficit with the world was caused due to imports from China. Adding on to this was China’s very aspiring “Make in China 2025” vision, one which aims to manufacture 100 percent of the products within the Chinese economy, and would work towards making China the number one in the world in the next 30 years, by valuing the Renminbi (RMB, China) at a rate higher than the U.S Dollar (USD).

As Trade War tariffs from both sides shot up, the American soybean, automotive and poultry markets were affected severely, while the Chinese steel and telecom industries took a plunge. U.S farmers plead the government to find alternative markets and work out possible solutions for the trade feud. The Wall Street faced one of its worst days on 2 August 2019, when the Dow plunged more than 750 points on the Stock Exchange. This was worsened by the other trade wars the U.S had going on with Mexico, Canada, Turkey and the European Union (EU). Despite the 14 rounds of Trade talks, the “Phase-1 agreement”, or the Tump-Jinping meetings on the sidelines of the G20 Summits held in Buenos Aires and Osaka, the U.S-China relations had reached a dead-end much before the Coronavirus pandemic had hit.

The nature of interaction we are witnessing between the two nations today has taken a slight turn away from economic goals and has become increasingly militarised and politicised. Many of the recent activities being undertaken by the U.S government to counter China’s influence in the world spell an “enough is enough” attitude. For example, the presence of U.S missile cruisers, assault ships and combat ships in the South China Sea region, and the joint sorties carried out by U.S assault ship USS America and an Australian frigate in the region, have been seen by many as its message of authority to China. China keeps the Sea the most militarised, for the sake of expanding its hegemony in the region and to bully its littoral counterparts into forfeiting their claims over the disputed land and water resources. The story of a Chinese Coast Guard Boat sinking a Vietnamese fishermen boat close to the disputed Spratly island on 2 March, 2020 has been making rounds across the world, and the common response has been of shock, primarily because even amidst the Coronavirus pandemic, Chinese belligerence in the Sea has only risen. Many believe that the virus has emerged as a tool for the Chinese state to umbrella its assault in the South China Sea. Adding on to this are China’s recent, casual sorties in the Taiwan Strait, the inroads made by its Haiyang Dizhi 8 survey vessel in Malaysian waters, and its building of marine science research centres on the Suba and Fiery Cross Reefs, close to Vietnam. Naturally, the U.S has decided to respond to this vilification using similar means.

Even the policy debates and foreign policy visions of both nations are an attempt to counter each other. There exist contesting visions for the lucrative Indo-Pacific between the U.S and the Association of Southeast Asian Nations (ASEAN), wherein the former emphasises on openness and the latter seeks to be inclusive of China. Most importantly, China’s lack of accountability over the causing of the pandemic (especially since the disease emerged from its high-risk Wuhan wet markets), and the blame-game being carried out between itself and the U.S over pandemic-related mishandling and misinformation, has been significantly worrisome for Trump. As a result, the U.S has made many attempts to politically target the Chinese state.

The China Sanctions Bill, termed the Uyghur Human Rights Policy Act of 2020, is one such attempt by the U.S to take matters into its own hand. Through this bill, the ruling Republican party aims to not only explore the depth of Human Rights violations being faced by the Uyghur Muslims (and other minority) communities (such as Kazakh Muslims) in China’s Xinjiang region, but to also legally slap sanctions against all those who were engaged in bringing these violations to life – may it be an individual, a company, or the State.

China’s Xinjiang province, located in North-West China, has been the site for flagrant ethnic cleansing and constant clashes among citizens for over a decade now. It all began when the Urumqi region of Xinjiang was faced with an uprising among its Urumqi and Uyghur citizens, which was launched to protest the killing of two Uyghur toy-factory workers by their Han-Chinese counterparts in 2009. While these protests were gorily suppressed by the state, they gave rise to the larger narrative of Uyghur suppression that encircles the Xinjiang province today. When the gradual disappearance of non-Han Chinese inhabitants of the region started to spark international curiosities, international media agencies such as Reuters began to investigate the issue, and soon it was found that the disappeared citizens were being transferred to the State’s “Reeducation camps”. The horror of these camps was initially denied by the ruling Communist Party, but by 2018, they were being described as “correctional facilities” and “vocational training centres”. It has been estimated that more than 2 million ethnic Muslims of China have been detained in these camps.

Since the U.S was fed-up of the skewed Chinese state advocacy, and the conflicts on matters of cybersecurity, economic dominance, regional hegemony and the Taiwan question nearly amounted to a “Cold War” between the two nations, the China Sanctions Bill was seen as an opportunity by the U.S to probe into both, the plight of the Uyghur Muslims, and the “Coronavirus accountability” question. Now, many sponsors are calling for the enactment of a separate bill for the latter, naming it the “COVID-19 Accountability Act”. The need for this Act, as recognised by South Carolina Senator Lindsey Graham (who also sponsors the idea), arises from China’s reluctance in letting the world investigate the origins of the disease, and that the country “will never cooperate with a serious investigation unless they are made to do so.”

Coming back to the China Sanctions Bill that was introduced by Republican Senator Marco Rubio of Florida and Senator Bob Menendez, a Democrat on the Senate Foreign Relations Committee, it has passed unanimously in the U.S Senate on May 14, 2020, and is awaiting confirmation from the House of Representatives before it goes on to the President. Once enforced, it will give the U.S Department of State a period of three months to investigate the human rights violations being faced by the Uyghur Muslims in Xinjiang and compile the number and composition of ethnic communities present in the Re-education Camps. Once a report is presented under the legislation, the U.S will have full right to impose sanctions in the form of asset freezes, travel/ visa bans, revoking Chinese business rights and investments in the U.S, and so on. Trump’s nationalist and mercantilist dream of a “Self-reliant, China-free U.S” would finally come true, and the international condemnation would subsequently follow.

The Coronavirus pandemic has played a critical role in dampening any signs of refurbishment in the U.S-China relations. The U.S has accused China of stealing its research on immunisation and even of having birthed the virus deliberately, while China’s viral video ‘Once Upon a Virus’, which mocks U.S’ untimely, ignorant and mismanaged response to COVID-19, has sparked wide media coverage. At the same time, the U.S has cut funding to the World Health Organisation (WHO) at a critical time, with Trump and the American media leading the campaign against the Organisation and calling it a pawn of China. In such a scenario, it is difficult to say whether the China Sanctions Bill is a step in the right direction or a mistimed tool for undue escalation of tensions.

While the question over China’s increasing military belligerence and economic influence is pertinent, the COVID-19 pandemic calls for a collective regional (if not global) response, which makes organisations like the WHO, the ASEAN, the SAARC, the BRI, the EU or the United Nations (UN) important actors. Many argue that nationalistic responses to the crisis have been the most effective, which, in my opinion, is untrue – especially from the cases of European countries like Italy and Spain, which, from the lack of help from their EU counterparts, have spiralled out of control.

The bilateral relations between the U.S and China have been perplexed by the U.S’s ambition to stay and top, and China’s ambition to come on top. The consequences have been dire for the international community, given the economic power that the two countries yield. There is an urgent need for bilateral reforms from either side so that the threat of a global economic shutdown can be mitigated to a certain extent, especially amidst the disruptions in global production chains and the rising unemployment caused by the Pandemic. There is also a need for international organisations to intervene in the conflict, for the sake of global stability. The debate on “Who is to blame” is ever-growing, and if the retaliatory measures continue at their current pace, the losses will be too high to ever reach a conclusion. However, the scope of this “cold war” goes beyond economic and military motives, for it is clearly a power play – a play between two giants who want to be number one and in the process, they step on many others, hurt economies, and still have a need to think outside their thick skin.

Anushka Saxena
Author is a Foreign Policy and International Affairs enthusiast, and her areas of expertise include China studies and Maritime Geopolitics. She is working as a Researcher with the Neighbourhood Studies Centre at the Nepal Institute of International Cooperation and Engagement, and as a Research Supervisor at Alexis Group. She is a student of History at Lady Shri Ram College for Women, Delhi University.
Tags:
sanctions United States COVID-19 Tariffs Bill Uyghur China
Share:
Share this...