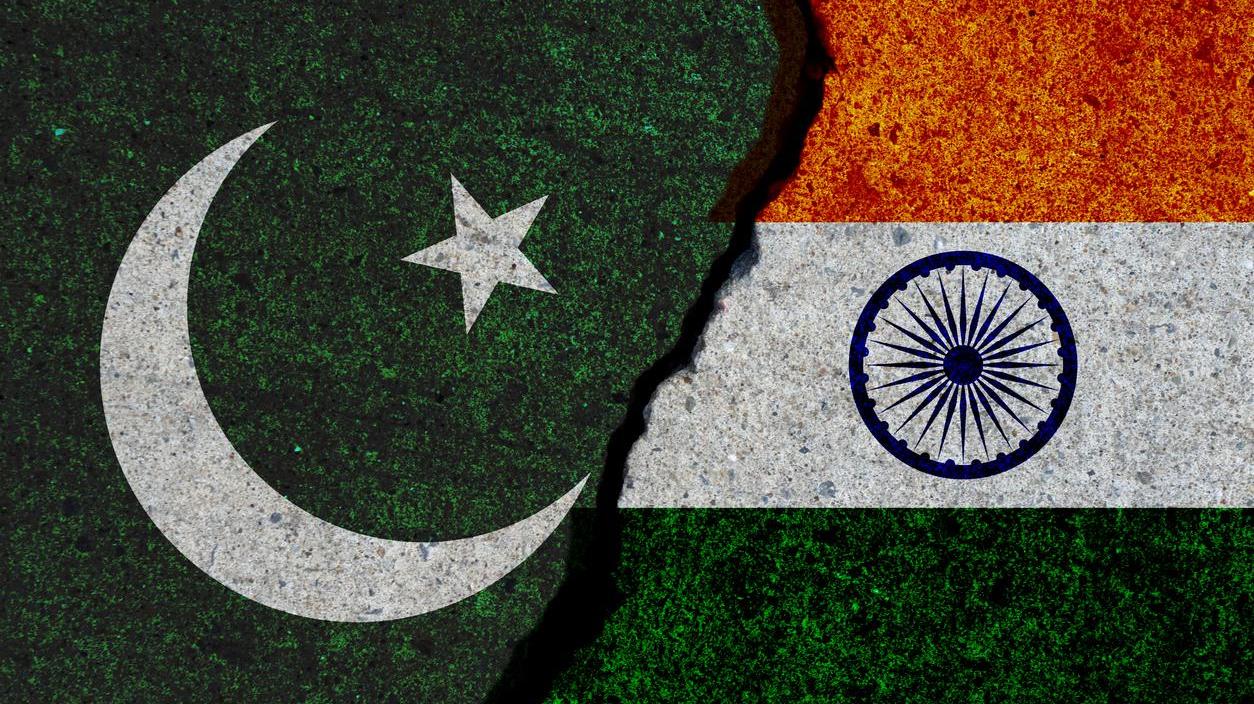 As the world remains at a standstill in the fight against the Corona pandemic, the two great rivals of South Asia — India and Pakistan, have no time to rest. The disputed valley remains a brewing spot of conflict as the situation has not de-escalated ever since the Indian Government, in a bold move, bifurcated its part of the valley.

The bifurcation of Jammu and Kashmir into two union territories – Jammu & Kashmir and Ladakh region took place with the introduction of Jammu and Kashmir Reorganisation bill, 2019 under the leadership of Prime Minister Modi. The UT administration of both the regions are different in their work, the UT in Ladakh has no legislature like Chandigarh and on the other hand, UT of Jammu and Kashmir has a legislature like Delhi and Pondicherry. (Kanimozhi,2019) This historic and bold move by the Modi government strengthened the national integration, inciting charged responses by Pakistan. Alas, the disgruntled neighbour could only condemn the move, which it argued was against the UN Security Council Resolutions and Bilateral Agreements between India and Pakistan, especially the Simla Agreement. (Prabhash, 2019)

In the midst of September 2019, Pakistan tried to internationalize the Kashmir issue by claiming in the United Nations Human Rights Council (UNHRC) session that it has the support of 58 countries on the Kashmir issue. But according to the UN rules, Pakistan had to submit the signed list of 58 countries within a stipulated time period which  Pakistan failed to provide. India, on the other hand, was able to reach out to 45 member countries of the Organisation of Islamic Cooperation to allay the fears and to explain the rationale behind the scrapping of Article 370. (Dipanjan,2019)

Given these measures, it is also important to note that Pakistan has had a history of using the Organisation of Islamic Cooperation (OIC) as a tool to criticise India ever since the 1960-70s. (Suhasini,2019) The interest of OIC towards India is changing frequently with major diplomatic victory for India and a setback for Pakistan, after the United Arab Emirates (UAE) invited former foreign minister – late Sushma Swaraj as a “guest of honour” at the inaugural plenary 46th foreign minister’s level meeting of OIC. India is also building its ties with West Asia, mainly with UAE and Saudi Arabia as the two main key players in OIC. India’s relations with both countries are extensive in terms of economic cooperation and energy sector with investments of billions of USD dollars. One of these is the joint project of Saudi Arabia and the UAE in building a massive refinery complex on the western coast of India. (Dipanjan,2019) In recent times, Saudi Arabia’s reluctance to accept Pakistan’s request for immediate OIC meetings on Kashmir and Khan frustration over OIC’s silence on Kashmir issue reflected while he addressed experts at think-tank meet during his Malaysia trip:

“The reason is that we have no voice and there is a total division amongst us. We can’t even come together as a whole on the OIC meeting on Kashmir” — Prime Minister Imran Khan

India’s moves reflect a keen cognizance of the geostrategic importance and national security imperatives in the conduct of its diplomacy. There are many live wires spread across the region like Pakistan’s province of Khyber Pakhtunkhwa (North-West Frontier province) and Punjab in the west, the Wakhan Corridor of Afghanistan to the north, the disputed area of Aksai Chin, the Chinese Autonomous regions of Xinjiang and Tibet in the east. So far, India has been adept at taking note of these issues in its immediate neighbourhood and has taken treated in the most apt manner. The Central government is also concerned about the nexus of China and Pakistan in the Aksai Chin region and the Gilgit Baltistan in POK. With the China Pakistan Economic Corridor (CPEC) passing through Pakistan-Occupied Kashmir, there are greater challenges being posed to India’s administrative strength in the region and its sovereignty at large.

At a time when the world is going through the biggest humanitarian crisis since World War II, India has taken steps which reflect its aim to emerge as a world leader. In light of the Corona pandemic, India initiated a video conference with the South Asian Association Cooperation (SAARC) to collectively rein in the threat. The NDA government offered $10 million to start an emergency fund and also assured the medical specialist for the SAARC countries. (Nayanima,2020) In spite of the seriousness of the Covid 19 Pandemic, the meeting did not stay clear of the diplomatic tensions that have surrounded the two bitter neighbours of South Asia. At the meet, Pakistan attempted to “politicise” the humanitarian issue by issuing an “unwarranted” statement concerning the situation in Kashmir. This attempt was seen as vaguely sincere in terms of its humanitarian outlook and a petty attempt at separating the region of Kashmir from India in the larger discourses on South Asia.

The diplomatic tussle has continued and only escalated with a recent act from the Pakistan Supreme Court, ordering to conduct elections in the “Gilgit-Baltistan” region, the coming September. In response, India released a demarche, criticizing Pakistan’s efforts to bring “material change” in Pakistan-occupied territories and clearly conveyed that the entire Union Territories of Jammu and Kashmir and Ladakh, including the areas of Gilgit and Baltistan, are an integral part of India by virtue of its fully legal and irrevocable accession. The second response from the Indian side was the India Meteorological Department (IMD) adding the Pakistan occupied regions of Gilgit-Baltistan and Muzaffarabad into the Indian weather bulletin. Additionally, IMD also renamed the Jammu and Kashmir subdivision as the Jammu and Kashmir, Ladakh, Gilgit-Baltistan and Muzaffarabad subdivision. In India, this move received popular support across all social media platforms, thanks to the rising patriotic fervour in a more determined nation.

Historically, at least till the British era, the Ladakh region included Leh, Kargil, Gilgit, Hunza and Skardu. These regions, though now separated due to the political tussle between India and Pakistan, have shared a deeper connection in terms of culture and civilization. Skardu (Gilgit-Baltistan) was a major component of indigenous trade relations adding to the entire region sharing similar historical, cultural, political, geographical, and climate conditions. It is perhaps after observing these socio-cultural ties and tying it with the traditionally consistent political positioning, that the government of India has now initiated these bolder moves. These moves reflect a shift from symbolic gestures to promoting people-to-people relationships. The promotion of visa-free corridor like the Kartarpur corridor and the proposition of the Kargil – Skardu and Turtuk – Kapula routes will energize the local, trans-border sentiments of a populace which has never really understood the logic of lines drawn by politicians disconnected from local sentiments.

Such animated diplomatic moves reflect Pakistan’s motive of capitalizing on the situation of the current pandemic where the most important geopolitical players are distracted in a pivotal battle for survival. It seems as though through the scope of South Asia’s two prominent giants, the virus is too tiny and the land in the north too vast to ignore.

1 reply on “Corona’s Cover for Land Grab: The Great South Asian Rivalry Continues Amidst the Pandemic”