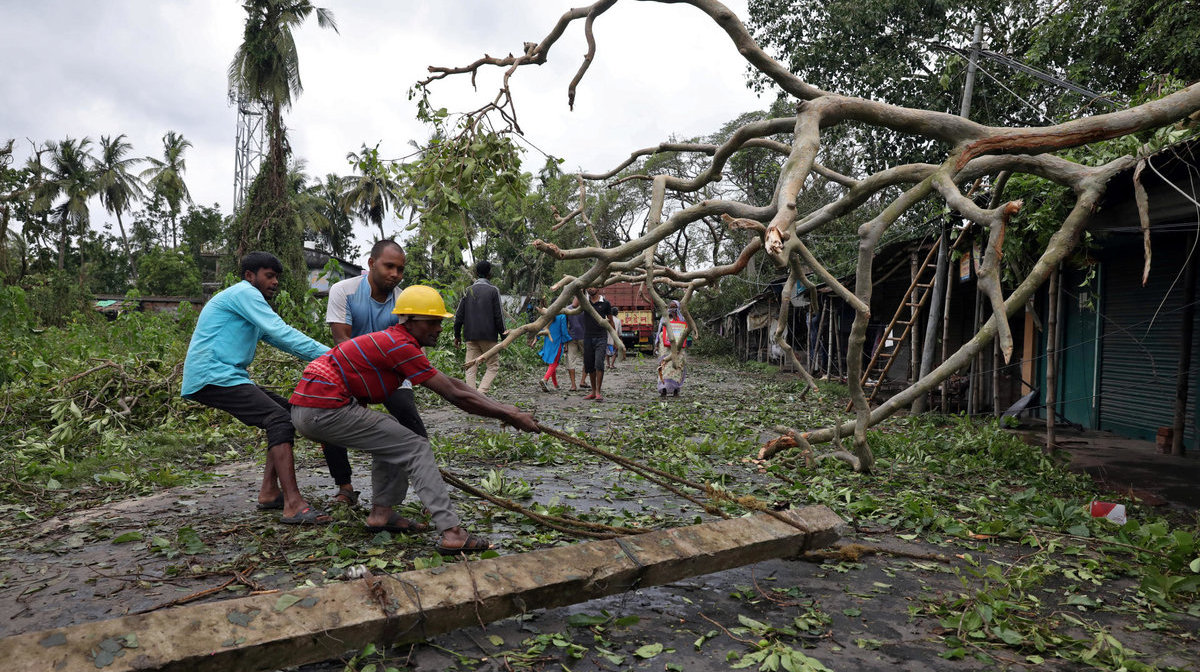 For the very first time since 1999, the cyclone of this size appeared in the Bay of Bengal. The behemoth cyclone hit Sundarbans, a mangrove area in the India-Bangladesh border and home to 6 million people.

The furious wind demolished everything which came in its way, from uprooting big trees to vandalising public properties (infrastructure), leaving thousands of poverty-stricken people homeless.

Odisha is also severely impacted by the destructive winds — gusting up to 185km/h (115mph).

The total deaths reported in West Bengal reached 80, whereas 12 deaths have been confirmed in Bangladesh. Chief Minister of West Bengal, Mamata Banerjee said the devastation in Kolkata, the state capital, was “a bigger disaster than Covid-19”. Announcing ex-gratia of Rs 2.5 lakh to each of the families of those deceased in the cyclone.

“Area after area has been ruined,” Ms Banerjee was quoted as saying by the Press Trust of India news agency. Adding that, “I have experienced a war-like situation today.”

The districts in West Bengal which are most affected by the disaster are South and North 24 Parganas and East Midnapore.

Prime Minister Narendra Modi announced Rs 1,000 crore of ‘advance interim assistance’ for West Bengal after an aerial tour of worst-hit areas in the state with the CM Banerjee.

He said “We will support Bengal in this hour of tragedy, with relief, rehabilitation and reconstruction. We all want West Bengal to move ahead. The centre will always stand with West Bengal in these testing times”.

PM Modi also give out Rs 500 crore advance relief package to the eastern Indian state of Odisha where the cycle brushed past Odisha coasts and left about 45 lakh people affected in the state.