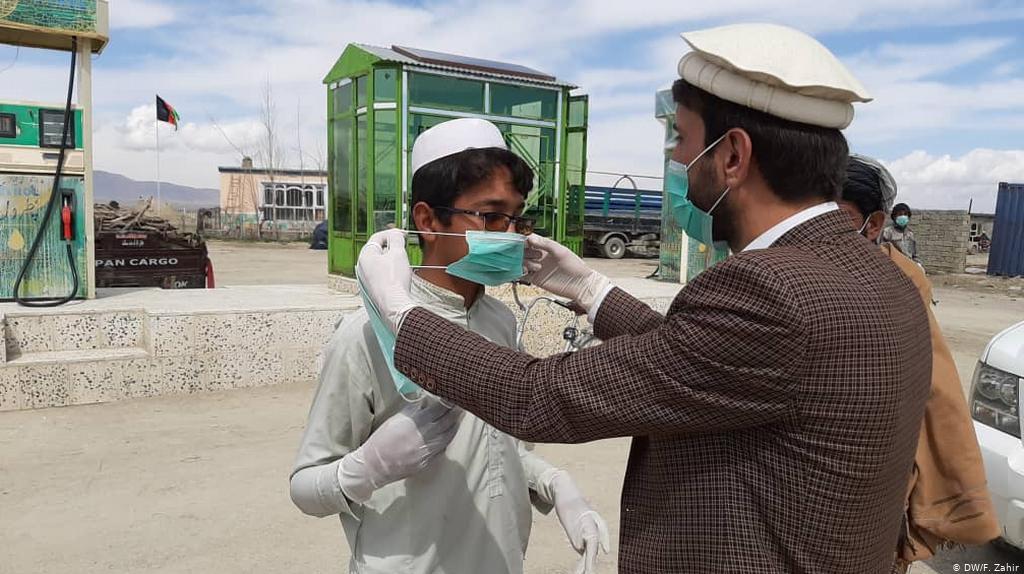 Afghanistan has been seeing a rapid increase in COVID-19 cases (Afghanistan, 2020). The Afghan officials had highlighted, ‘the absence of urgent actions may increase cases up to 80 percent of the country’s total population of 35 million’ (Afghanistan could have one of highest COVID-19 infection rates in the world: Global migration agency, 2020).  Afghanistan reported its first case on 24 February, after a Herat shopkeeper returned from Iran. This commentary highlights five major challenges faced by Afghanistan during the pandemic.

Escalation of violence by the Taliban

Office of National Security Council recently indicated, ‘the Taliban had been conducting on an average of 55 attacks per day, since the signing of peace deal’ (Khalilzad Briefs Reporters on Afghan Situation, 2020). In the early stages of the pandemic, the Taliban had agreed to help international organizations and health workers. But the recent spike in attacks has affected the mobility of health workers. Also, the lack of medical assistance in the Taliban controlled areas and no testing mechanism for over 30 percent of the country, makes it difficult in containing the spread (Afghanistan could have one of highest COVID-19 infection rates in the world: Global migration agency, 2020). RS Commander General Austin Scott Miller said “[COVID-19 is] something that affects the entire world, and it will affect Coalition forces and Afghan security forces as well. The focus on this particular virus has to be on preventing the spread, which is difficult under even normal circumstances, but almost impossible if we have violence.” (47th Quarterly Report to Congress, 2020) The report published by SIGAR, claims that the ongoing war in Afghanistan, ‘will make it difficult to contain the pandemic.

The increasing number of, untested and unmonitored, returnees across borders, is a cause of concern for Afghanistan (Afghanistan’s health minister tests positive for Coronavirus, 2020). Migrants returning from Iran and Pakistan have carried the virus across 30 provinces within eight weeks. As of 17 May, Afghanistan has recorded 6,402 confirmed cases with 168 deaths. As influx of migrants continues without any substantial screening, it is only a matter of time before the country becomes an epicentre.

Afghanistan has around 172 hospitals and four doctors per 10,000 people, there are fewer hospitals that can test for COVID-19.  With the weak Health care facilities, failed infrastructure-setup, and shortage of testing facilities (WARDAK, 2020), Afghanistan’s ability to fight the virus is largely constrained. Also, alarmingly, due to the lack of PPE, there has been an increase in the number of cases among the doctors and healthcare staffs (Hamid Shalizi, 2020). Doctors have also been closing down clinics, which is further sizing-down the health care system.

Primarily the healthcare system is financed through foreign aid.  World Bank now has approved for around $400 million to combat the virus in the country. But mismanagement of funds and corruption at different levels of government, have affected the development of healthcare infrastructure. The former IMF adviser Torek Farhadi said, the corruption is a growing concern in aid expenditure in the country. Additionally, with the borders sealed, there as an interim challenge faced by commercial and humanitarian-aid deliveries.

The low social hygiene conditions and health illiteracy, has increased the chances of community-outspread. Widely practiced cultural norms, such as shaking hands, hugging, and praying together, make social distancing extremely difficult. Although many Islamic scholars have released fatwas, to conduct religious practices at home during the month of Ramadan, still people continue to gather in groups. (WARDAK, 2020)

As around 2,71,000 returned back to the country, there has been an increased strain on the economy and other resources of Afghanistan.  (Afghanistan could have one of the highest COVID-19 infection rates in the world: Global migration agency, 2020). Geographically, Afghanistan is a landlocked country, and due to lockdowns with neighbouring countries, the food and aids supply has become difficult. With reserves depleting, food insecurity has given way to panic buying and rising prices. Several ships with food supplies to Afghanistan are docked at Pakistan ports but have become inaccessible due to the prevailing scenario.

The Derailment of the Peace Process

COVID-19 has posed a threat to the US-Taliban deal and the peace process, as the country shifts its resources and time to contain the pandemic. Currently, face to face meetings and inclusive intra-afghan talks are not likely to be a priority for the Afghan government. Taliban’s increased violence and refusal to accept the international calls for a ceasefire, during the pandemic, would wear down the political will of the Afghan government towards any negotiations. The spread has also put internal and external pressure on the government to release Taliban prisoners, which was one of the key demands of the Taliban, due to the possibility of an outbreak in Afghan jails. As of 06 May 2020, the Afghan government has released around 933 Taliban prisoners with no reciprocal concessions from the Taliban. (Khalilzad: India Should Talk Directly to Taliban, 2020).

Ministry of Interior Affairs has banned large gatherings and has implemented strict lockdown. The government had also suspended the Persian New Year celebration, ordered a complete shutdown of educational institutions, and sealed provinces bordering Iran, i.e. Herat, Nimroz and Farah.  The government announced the release of 10,000 prisoners in effort to combat the spread in jails. As announced, the government has been releasing those who have committed small crimes and is a less threat to the country.

The six challenges during the COVID-19 crisis, faced by Afghanistan has derailed the country’s stature. The measures undertaken by the government are inadequate and lack implementation. Escalation of violence by the Taliban also undercuts government’s measures to fight the virus. Now is the time for parties Afghanistan to keep aside differences and formulate a unified and coherent response to the pandemic, lest the situation may turn dire.

Sukanya Bali
Author is a Research Associate with the School of Conflict and Security Studies at the National Institute of Advanced Studies, IISc, Bangalore. She can be contacted at sukanya9494@gmail.com
Tags:
government Afghanistan Taliban COVID-19 violence Peace Process
Share:
Share this...