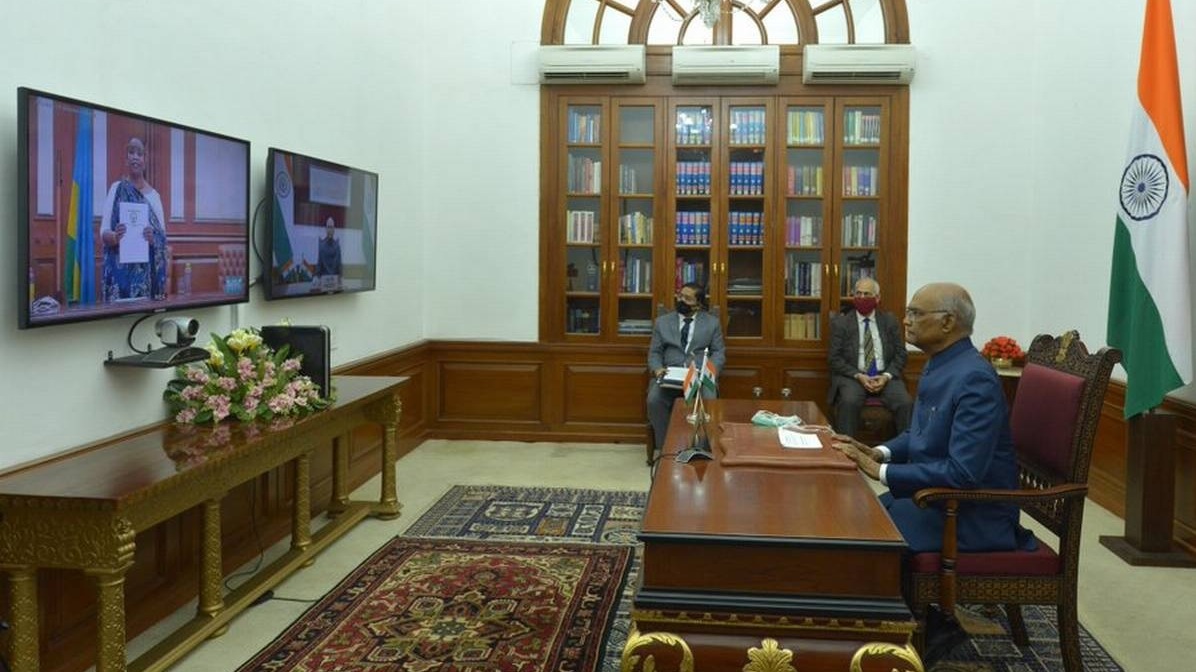 On 21 May 2020, Ambassadors of North Korea, Senegal, Côte d’Ivoire and High Commissioners of Trinidad and Tobago, Mauritius, Australia and Rwanda presented credentials to President Ram Nath Kovind via video-conferencing. The credential ceremony was conducted from the South Block as the envoys stood in front of a large screen one after another. This exercise was conducted as a usual credential ceremony in Rashtrapati Bhawan could not be arranged due to the spread of COVID-19.

President Kovind stated that digital technology has allowed the world to overcome the challenges posed by COVID-19 and carry out its functions in a rather inventive manner.