Lipulekh Dispute Between India and Nepal 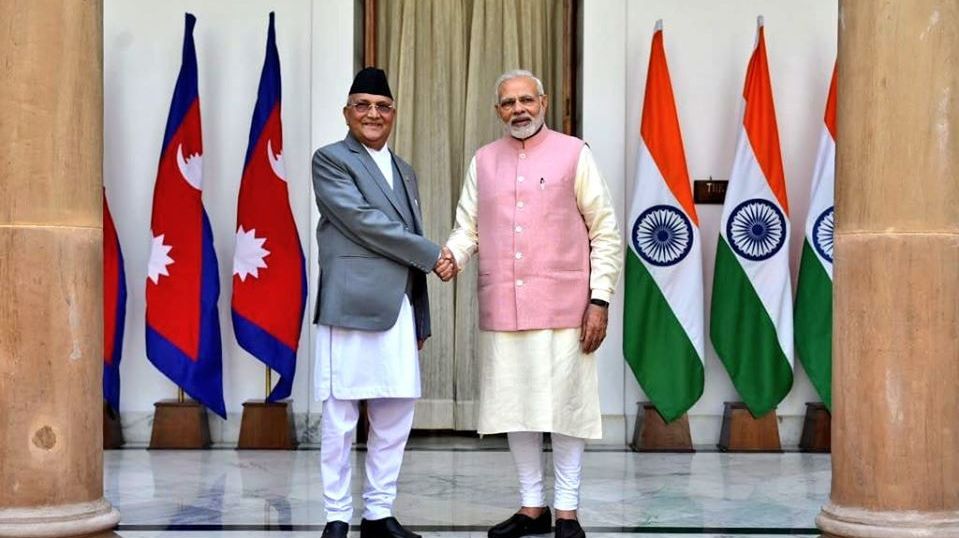 Introduction
India’s soft power seems to be gradually eroding in Kathmandu as fresh border tensions between Nepal and India erupted after New Delhi inaugurated a new link road at Lipulekh near the India-Nepal-China trijunction. The inauguration of the strategic link road through Lipulekh pass for the pilgrims of Kailash Mansarovar Yatra received resentment from Nepal, calling it a ‘unilateral’ move from New Delhi. Nepal has told India to “refrain from carrying out any activity inside the territory (of Nepal)”. They have also deployed their troops in the region. This inauguration by India has sparked tensions between the two countries on long-standing and controversial border issues.

However, even after having a multidimensional relationship, the border dispute between the two is particularly in the rise and has become a very sensitive issue in the diplomatic channels over the years.

The problem of border demarcation existed since the era of Britishers. Nepal claims the area of Lipulekh, Kalapani and Limpiyadhara to be under its territory as per the 1816 Suguili Treaty between the British Raj and Nepal, but India asserted that old British survey and maps show the region as a part of Pithoragarh district in Uttarakhand, India.
Maybe, ‘the open borders’ do not always display the best of friendship.

Politics of Kalapani
The misunderstandings between the two countries emerge from the long-disputed area of Kalapani and other areas, including Lipulekh in the region.  Lipulekh sits atop the Kalapani Valley and forms a tri-junction between India, Nepal, and China. Nepal’s case is that the river originates from a stream at Limpiyadhura, north-west of Lipu Lekh. Thus Kalapani, and Limpiyadhura, and Lipu Lekh, fall to the east of the river and are part of Nepal’s Far West province in the district of Dharchula.

The Treaty of Sugauli concluded in 1816 locates then Kalapani river as the western boundary with India but different British maps showed the source tributary at different places. This is not unusual given the then state of cartographic science and less-refined surveying techniques.

New Delhi’s position is that the Kali originates in springs well below the pass and that while the Treaty does not demarcate the area north of these springs, administrative and revenue records going back to the nineteenth century show that Kalapani was on the Indian side.

Nepal’s claim is based on treating the watershed of the river as the natural boundary whereas India proposes its claim over the course of river Kali.

China in its trade agreements with India has accepted Lipulekh as an important trade route for both countries. This has led to Nepal finding diplomatic channels for negotiation with China and India to claim it’s ‘sovereign right’.

But, in due course of time, the Kalapani river has changed its course and now falls on the left side of Gandak, which according to the Treaty of Suguli, is controlled by India.
Hence, it’s important to either accept the changing course of the river or initiate a proper demarcation of the Indo-Nepal boundary in this specific region.

New Paradigm For Indo-Nepal Relations
India and Nepal entered a new chapter in their bilateral relations in recent times after hiccups in bilateral ties, especially after the 2015 blockade by India leading to the economic hardships faced by Kathmandu immediately after the devastating earthquake. New Delhi’s constant indulgence in their national affairs led to spikes in the diplomatic relations and anti-India sentiments among the Nepalese grew.

This humanitarian crisis in Nepal opened the door for China to gain from India’s loss. China provided economic aid to Nepal and grew its presence in ‘buffer state’ by signing strategic agreements. India’s insecurity over China’s growing presence in Nepal proves beneficial only for the Nepalese diplomats to use ‘China-card’ to bargain with India.

Despite this, India does enjoy great leverage with Nepal. Economically, culturally, and geopolitically both nations are intertwined and stable and friendly relations with Nepal is one of the prerequisites which India can’t afford to overlook.

India’s ‘Neighbourhood First’ policy with reference to Nepal is a time-tested one. Both countries have been building rapport with State leaders and working together to strengthen their relations in order to facilitate development and growth.

The Way Forward
If India and Bangladesh can resolve their border issues, so can India and Nepal. Nepal has proposed foreign secretary-level talks with India on the boundary issue. It is thus imperative that both countries chalk out a diplomatic plan of action through talks and negotiations to deal with the dispute which strains the friendship between the two.

A greater understanding and cooperation are required by both parties to ensure the status quo is maintained in the region.

Bipartisan is the way forward to facilitate dialogue, discussion and a mutual understanding and respect of sovereign rights of each other.

India must grow over its insecurity of China and needs to understand that it can no-longer twist Nepal’s arms and Nepal should rationally decide its border issues rather than acting in accordance with others further scrutinizing the issue more than it already is. If friendly and mutual respect is not presented, then the border issue may get taken to the International Court of Justice.

Effective communication is considered the essence of diplomacy and that is precisely what the two nations require to deal with their border issue. At such an uncertain time, when the entire world is dealing with a global pandemic, countries must address a bigger picture here and work together to combat COVID-19. In the spirit of friendship which both countries base their relationship on, both nations must prioritize the needs of its citizens during these tough times.

Akshita Ramola
Author is currently an undergraduate student of Political Science from Hindu College, University of Delhi. Her area of interest lies in India's Foreign Policy and Diplomacy. She can be reached at aksRamola@gmail.com.
Tags:
China Nepal India Modi Diplomacy Lipulekh Foreign Relations
Share:
Share this...

2 replies on “Lipulekh Dispute Between India and Nepal”