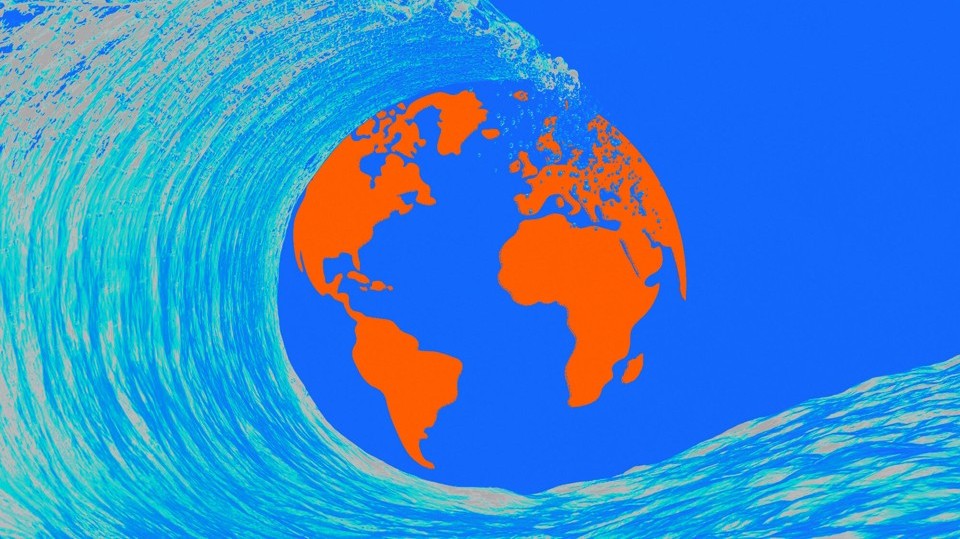 Priorities have definitely changed in the making of any foreign policy. The difference between 2019 and 2020 is the appearance of the dire COVID-19 pandemic on the international scene. It upturned any policy-making on its head, both domestic and international. The global scene demanded creativity.

There are so many contradictions and, in these contradictions, lie challenges. Globalisation was to be a proven phenomenon. It meant trade, investment, transfer of technology beyond borders. It entailed, therefore, tourism, service industry, education, and healthcare beyond traditional boundaries. It meant an expanded foreign policy and the making of political relations with many more nations.

According to Thomas Friedman, globalisation meant the “inexorable integration of markets, transportation and communication systems to a degree never witnessed before”, in a way that is enabling corporations, countries, and individuals to reach around the world farther, faster, deeper, and cheaper than ever before. Even the definition of globalization offered by the Organization for Economic Cooperation and Development lays emphasis on networking and interconnectedness. The unfortunate reality of the current scenario is unfolding in the opposite direction and therefore presenting an overriding challenge i.e. distancing. The systems of interconnectedness and networking seem to have undergone a radical change. With the onset of COVID-19, the contemporary global systems are falling short in addressing the present challenges.

Every nation has been in lockdown, with varying degrees of stringency. Boundaries did not melt away; they were made to obstruct the movement of individuals and goods in order to keep the virus at its lowest most-controlled stage. Goods, services, money exchanges, raw materials and so many thereof happened to melt away in the cause of a greater good, that is, of each nation trying to keep its citizens safe.

It was amazing to see the sword of Damocles hung overheads of nations big and small, powerful or weak; the mighty had fallen (United States [US] and Europe to mention) and the weak even more so (African and Latin America nations). India was somewhat in between, with the potential to go either way with the passage of time. Each nation had its own characteristic, its own schema to deal with.

Robert Keohane and Joseph Nye theorize interdependence in the field of international relations as connectivity between power and economics. Further defining interdependence as reciprocal effects among actors resulting from international transactions – flows of money, goods, people, and messages across international boundaries (Foreign Affairs, 1998). According to them, there was a contextual understanding of issues as well as really complex interdependence.

With the COVID-19 pandemic, globalization and interdependence took a major blow, asserting the need for dynamism in the future. Interestingly, globalization in various forms has existed from the 1950s onwards. Nations after lockdown lifts will have to have a different creative method to reconnect (i.e. primarily local yet global). Since air travel and financial linking has had an upsurge and increasing dependency in the last few decades, it will be enormously difficult to scale down. A rethinking of foreign policy aims, and strategy then would have to be thought out.

Firstly, it will become the need to opt for multilateralism rather than unilateralism. Barriers need to be lowered; old enemies need to become friends or in the least tolerant. The United States having reacted late to COVID-19 has up to date 1,263,052 cases and 76,032 deaths (Coronavirus Tracker, Johns Hopkins University, 08 May 2020).  Its track record with China on the trade tariff war is abysmal. Immigrant/migrant labour which works on agricultural farms is to the tune of 1.18 million in 2019 (United States Department of Agriculture). A loss in agricultural and industrial economy manifesting itself will prove the US lower in its position than before.

In the United Kingdom (UK), Prime Minister Boris Johnson himself was critical from the virus and is now back in charge. He appointed the Foreign Minister to conduct government affairs. The Europe that the UK disdained via Brexit, has to be made friends with again and foreign policy conducted to benefit both to suit the changing times.

India has remained friendly with both capitalist states like the US and UK and maintained warm relations with European and Scandinavian nations. This needs to continue along with crucial relationships with the Middle Eastern countries.

Japan has one of the least numbers of COVID-19 patients. This is mainly due to their own culture as disseminated by many. The wearing of masks, hyper cleanliness, social distancing and more than adequate health facilities has kept the number of victims down. They are well able to deal with the crisis.

One of the most recent policy decisions to move Japanese companies out of China may also make for both economics and foreign policy. Though an opposite scenario is also pushed forward, that of trade wars, protectionism and even more of an economic scale-down mainly because of the pandemic.

This pandemic is a shakedown of the global scenario. Firstly, it tilts the balance in the configuration from the West to the East. This has been a long time coming. The US has been in the prime position since the end of World War II and of course, even now will have an important ranking but maybe not in the same way. The conglomerate state system will change.

United States is going through a tough economic period with the impact of COVID-19. It is the question of both leadership and the economy. President Donald Trump has not been able to really have a grip on the crisis. The US was not able to perceive the oncoming catastrophe. One of the most developed nations with science and technology, industrialization and a sound agricultural economy has not been able to take far-sighted decisions. He wanted to open the entire country by Easter 2020 (April 14).

Fortunately, the US has a federal system and so the state administrations have taken over and made individual decisions. For instance, Governor Cuomo has issued orders for the safety and lockdown of New York. But now the workers suffering economically want to get back to work. Maybe, the future scenario in the US and in other countries will need to have more of a federal structure and system of even foreign policymaking as a takeaway from the present crisis.

The world is trying to fathom how the geopolitics of this COVID-19 pandemic will pan out. One dominant theme is that China is mendaciously riding the media waves to paint itself as a saviour dispensing medical equipment.

Yet it hard to see how Beijing is benefitting from its medical diplomacy with opprobrium from every direction. Even giving China’s close alliances with Iran and Russia, it is possible to see tensions emerging (ibid.). While it is distributing medical equipment in stricken European states like Italy and Spain and even the US, it is difficult to find many cheering its efforts. To the extent that many European countries have rejected its equipment as unreliable.

There are wheels within wheels pushing out conspiracy theories of the US having developed COVID-19 as a US military weapon. This has been referred to in Ayatollah Ali Khomeini’s twitter feed while Russia’s foreign affairs spokeswoman Maria Zakharova defended China’s work on the virus and helped to propagate theories expounded by Beijing. The above sounds fictitious because the US too is suffering gravely with its high count of the dead.

But China always seems to shore up its economy one way or another, buying record volume of Russian oil from other suppliers, taking advantage of record low prices to fill strategic reserves. There are several real fears as to how China has recovered so fast, the timeline being 76 days from the beginning of Wuhan lockdown. There is doubt about it, as Beijing being so close to Wuhan, much closer than Italy, Spain and New York and yet not having a huge number of fatalities strikes one’s curiosity.

There is a very real fear that Beijing’s current medical diplomacy will permanently reshape the international order. Yet the reality is that this will not happen unless the lack of leadership or rather ridiculous and absent leadership from Washington becomes the real game-changer.

Of course, the ground reality that European states too were slow to respond to probably their own fundamental governance contradictions exacerbated the situated, added with a layer of unreality that it will not touch them too deeply. By the time this myth was busted, nations like Italy (195,300+ cases) and Spain (205,905+ cases) peaked with the highest figures next to China (and now New York).

None of this means China can credibly fill the vacuum, mainly because of the fumbling US response. This is the acceleration that is happening in international geopolitics. The power of the major nations is ebbing while other nations are looking to influence. According to recent perception, including arguments by Raffaello Pantucci, a senior associate fellow at the Royal United Services Institute, China is not going to really shape the new world order.

The reduced power of the nations, the doubts about China may indeed give a pathway and an opportunity that India has always wanted. To make good in the new world order as it could be called. India with its lockdown of its 1.2 billion tried to contain the virus (57,306+ cases) and also fight the effects of it. Hunger, unemployment, stuck migrant workers, poor infrastructure, basically sorry plight and yet with somewhat fast-paced systemic lockdown procedures in place. This pandemic points to the fact that the 21st-century lexicon of international relations itself might have to change.

In conclusion, international relations are still to be fathomed and analyzed. The deep state conspiracy of the Chinese, a false timeline of the beginning of the virus for different reasons and the clampdown of both doctors and advisors in China points to major blame to be taken up by China. This has led to a reaction by the West, that of abhorring Chinese trade and investments. Trade wars may replace traditional wars. One can also see the deepening of national borders and the resurgence of the nation-state. More conspiracies around pharmaceutical companies have escalated. Even more important is that COVID-19 has pushed into the background international politics like the US withdrawal of troops in Afghanistan, politics in the South China Sea. Terrorism seems to have taken a back seat except for cyber terrorism.

Most of all there is the fear that in the name of containing the crisis, autocratic governments may come into existence to “protect” their nations over states with democratic systems, making way for autocratic byzantine structures and Machiavellian doctrines.