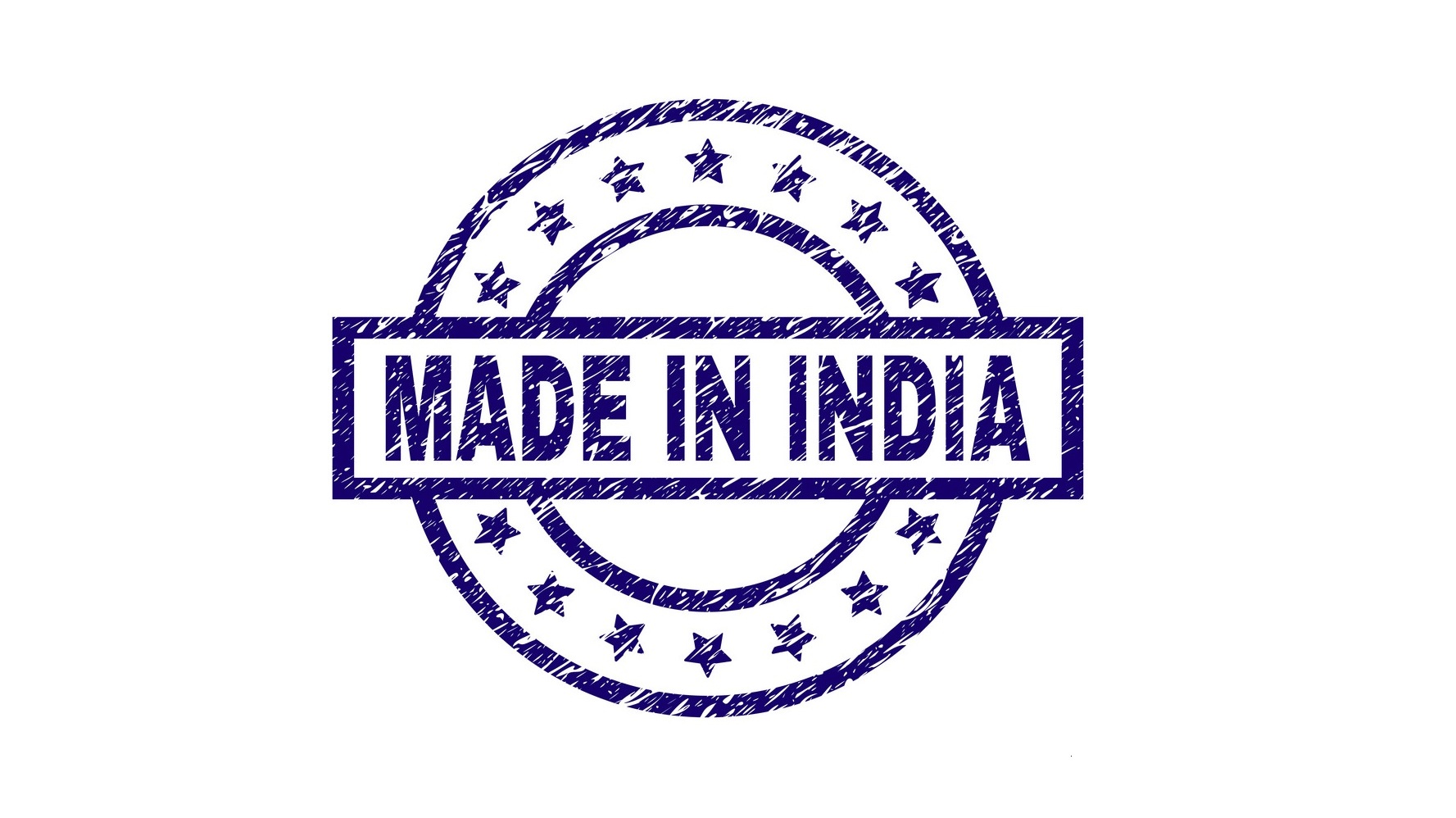 Autarky is the characteristic of self-sufficiency, usually applies to political states, societies, or to their economic systems. Autarky exists whenever an entity survives or continues its activities without external assistance or international trade. A self-sufficient economy is when a country is completely independent, produces its own goods, and does not import goods or services. Early state societies that can be regarded as autarkic include nomadic pastoralism and palace economy. Over time these economies also tend towards becoming less self-sufficient and more interconnected.

Modern economies are entwined with each other. They are open economies which interact with each other through the exchange of goods and services, knowledge, technology, culture, etc. Economic interdependence is a consequence of specialization or the division of labour. The participants in any economic system must belong to a trading network to obtain the products they cannot produce efficiently for themselves. Any change in such a network affects many participants so that the demand for various products and the incomes of the participants are interdependent. Global economic interdependence has grown exponentially in the span of a generation, as a result of great technological progress and associated policies that were aimed at opening national economies internally and externally to global competition.

Prime Minister Narendra Modi a few days back when he announced the financial package to help ease the COVID-19 crisis made a big pitch for indigenous products, saying it would be a huge contributing factor to an “Atmanirbhar Bharat” – a self-reliant India.  He said that the coronavirus crisis has taught us the importance of local manufacturing, market and supply chain. He emphasized that local helped us to survive and that is why we have to make local our motto.

‘Swadeshi’ word was first used by Mahatma Gandhi during his fight for independence. At that time India was exploited and Indians were made to buy imported clothes made out of raw materials exported from India. After Independence, till 1991, the public sector was dominant and many things Indian made were used by the Indians. The policymakers for over three decades emphasised on small, medium and cottage industries to meet the domestic demand. In almost all the initial Five Year Plans, it was emphasized to give benefits to domestic small, medium and cottage industries. Being self-sufficient and self-reliant was the main focus of all economic planning at that time. Import was done only where necessary keeping in mind that it will not harm the domestic industries.

However, with the change in economic policies and the need to open up the Indian economy lead to many structural changes in our economy. The public sector was contracted and privatization, liberalization and globalization were focused upon. The era of ‘consumer is the king’ having a variety of products to choose from became the new norm. Foreign investment flowed in the country, MNCs set-up and imports and exports were boosted. With the ease in importing, demand started to pick up and we imported all types of goods viz. from small things like pencils, pens, erasers to luxury cars, furniture, machine & equipment. One main reason for this was that all these goods were available at a cheaper price than the price at which they were available domestically. As a result, our markets were flooded with a variety of imported goods, cheaply priced and conveniently available.

The result was very clear. The domestic industries started dying. Cottage and small scale industries do not exist now. And for the micro and medium scale industries things did not look too optimistic. And then COVID-19 made its grand entry all across the world. It shook the world economies and made them rethink their policies and plans.

The path to Globalization was based on the Washington Consensus after a lot of deliberations. The Foreign Direct Investment (FDI) and MNCs started paving the path for the Indian economy. True that these helped in the accelerated growth of the economy. This FDI was not only used for new ventures but it started acquiring our already well-run companies.

There was a spurt in GDP after 1991 but if we look closely at this growth, it was due to the production of more luxury goods and also due to the services sector which served primarily the beneficiaries of that GDP growth. The import of subsidized Chinese goods was allowed. As a result of these, unemployment, economic inequalities, the balance of trade and current account balance of payment deficit increased. There was a decline in local manufacturing and the rural economy went out of focus.

Prime Minister Narendra Modi has been pushing for make-in-India, start-ups, Khadi, etc. He has been laying the foundation to create more opportunities for entrepreneurs. Local brands if supported can become global brands. Prime Minister has announced nearly 10 percent of GDP i.e. Rs. 20 lakh crores financial package to give some respite to labour, retailers, small entrepreneurs, farmers taxpayers, etc. All these are steps in the right direction to make the economy self-reliant.

The question we all face now is when?

This is a difficult question to answer at the moment. Maybe down two quarters of the financial year we can assess and evaluate things more clearly. But the steps being undertaken are welcomed and will surely help in strengthening the economy and build a strong foundation for the future.

A point worth mentioning here is that the Prime Minister is not against globalization, but he emphasizes that the Indian model of globalization would be more inclusive and will lead to opportunities not only in India but also in the partner emerging economies. India’s business ethos always believed in partnership, not exerting ownership. PM Modi’s call for rebuilding globalization on the principles of ‘Vasudhaiva Kutumbakam’, or ‘the world is one family’, gels with the Indian culture.

a) Economy with potential for quantum jump, not incremental growth,

b) Investments in infrastructure,

Any global investors planning to move to India will now have to fulfil two conditions. These two conditions, namely ‘domestic content requirement’ and ‘export obligation’. This means that global investors desirous of setting base in India will be facilitated with land and infrastructure with a rider that they do backward integration for utilization of domestic content and should not eye our domestic market and be constrained with an obligation to export a significant part of their production. Another condition which needs to be imposed on foreign investors is the imposition of a cap on the outgo of royalty and technical fee.

As suggested by Baldwin and Crescenzi, economic interdependence may be modelled as a function of potential economic exit costs, which may deter, motivate, or fail to affect political conflict. A key challenge that is faced is the need for a valid method to measure exit costs and interdependence, whilst maintaining a systematic approach with many countries involved (a large-n analysis). Crescenzi addresses this by interacting bilateral price elasticity data with trade activity data, to represent both market structure and the intensity of potential economic exit costs. Whilst the price elasticity data reflects one state’s ability to react to economic change that is initiated by another state, its interaction with trade share data is vital as it indicates how intense the interdependent relationship is relative to each state’s economy and trade portfolio within the global market. Given these two components, Crescenzi furthers his study by explaining the relationship between economic interdependence and its association with political conflict.

Interestingly, just a couple of days’ after the announcement by the Prime Minister, to go local, I noticed an advertisement ‘No Videshi Chemical Thanda, Piyo Desh Ka Natural Thanda’ support #VOCALFORGLOCAL. And then many others advocating this theme were being noticed. This theme became a brand in itself. The businessmen fraternity views this as a great opportunity.  ‘Building a self-reliant India would take us towards becoming a credible global force that reaches out to the world from a position of strength,’ said ASSOCHAM Secretary General Mr Deepak Sood. ‘The Make In India flagship would be a key catalyst for new investment, be it local or global,’ he says. FICCI president Sangita Reddy adds, ‘Fully support the PM’s dream of a self-dependent India and ensure all measures to make this a reality.’

The pandemic has transformed the way India and the world have been looking at the globalized economies. The United States has learned the effects of being over-dependent on China in a crisis like this. Nations all over the globe are re-configuring the way they do business. Globalization is now not something fancy but something to be dreaded and it has put us back on our post-colonial mindset of self-sufficiency and import substitution. It is time to redefine and modify our economic policies for the economic and social welfare of our people. We have to realise that the state of the social sector is also a result of low public expenditure on health and education. We need to set our priorities right!