The Eastern Mediterranean Heats Up: Turkey’s Energy Confrontation with Cyprus 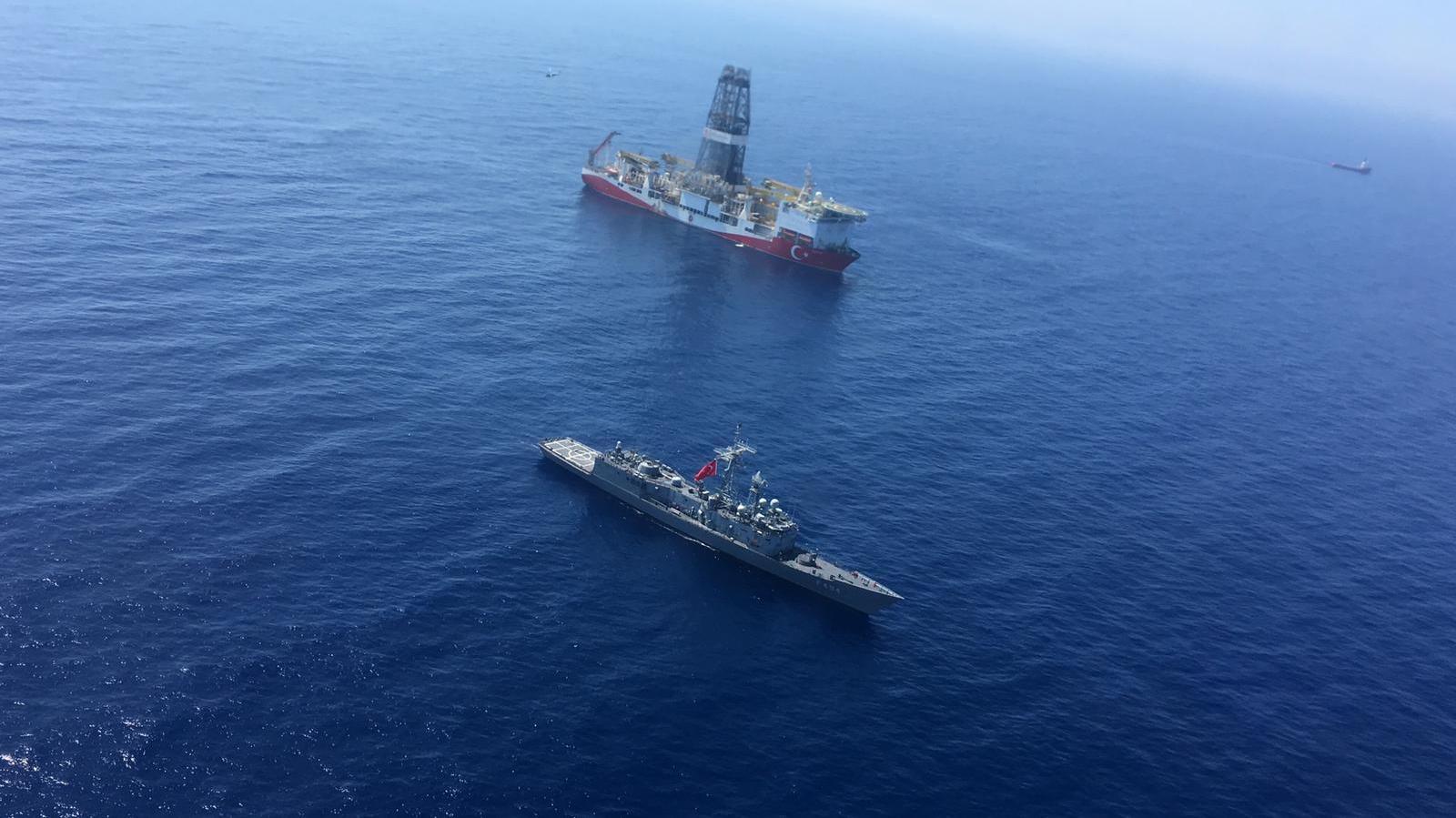 The discovery of rich gas reserves in the Eastern Mediterranean in the last decade has triggered a race to tap the region’s underwater resources and escalated tensions between Turkey and Cyprus, as well as against the EU and Athens, which is a traditional ally of the Greek Cypriots. In July 1974, Turkey attacked Cyprus following an Athens-powered Greek Cypriot coup. Turkish troops invaded the northern part of the island, prompting an arrangement that still stands today: The Republic of Cyprus is part of the European Union, and the Turkish Republic of North Cyprus is recognized by only Turkey, is isolated by a United Nations-controlled Green Line that goes through Europe’s last partitioned capital, Nicosia. Cyprus and Turkey have contending claims in the waters encompassing the island, venturing into the other’s Exclusive Economic Zone (EEZ). The region is legally delimited by methods from the 2003 EEZ Delimitation Agreement between the Republic of Cyprus and Egypt, under international law. Turkey has also a series of disputes over territorial issues in the Aegean sea with NATO ally Greece, even leading to the brink of war in 1996 over mutual claims on inhabited islets.

The leaders of Israel, Cyprus and Greece met in Athens early this year in January and formed a gas forum to jointly build up the framework required for an undersea pipeline that would transport gas from new offshore deposits in the southeastern Mediterranean to continental Europe – a move that has excluded Turkey, which has not made any gas discoveries in waters of its own yet. Israeli Energy Minister Yuval Steinitz said it would take up to seven years to develop the East Med pipeline and its benefits included being less exposed to disruption and also not passing many international borders to enter the European markets. The 2,000-km (1,243-mile) network is planned to provide the energy-hungry Europe with an alternative energy supply that is increasingly heavily dependent upon resources of Moscow as well as the Caucasus. It is supposed to meet around ten percent of the European Union’s natural gas requirements with an approximate investment worth $6bn. And yet strategically and logistically it is riddled with complexity.

The race for claiming deposits of offshore energy in the southern Mediterranean has added new tensions for both Greece and Cyprus, on the one hand, and the historic rival Turkey. Endorsed by Greece and the EU, Cyprus had issued out extraction permits to many oil and gas companies, while Ankara pursued a more militaristic and disruptive regional approach in the aftermath of a failed 2016 coup. Turkey is bucking the trend by intensifying its offshore gas exploration in the Eastern Mediterranean and the Black Sea at a time when leading energy companies have suspended their operations until next year due to the COVID-19 coronavirus. Cypriot energy minister Georgios Lakkotrypis has said that owing to both the coronavirus outbreak and also the resulting dramatic decline in oil prices, ExxonMobil and partner Qatar Petroleum declared that they would be suspending their exploratory drilling program within Cypriot waters until Sept. 2021. Turkey already deployed drills and exploration vessels accompanied by warships inside the exclusive economic zone of Cyprus, even in places where Eni of Italy and Total of France was licensed to perform oil exploration.

Francis Fannon, U.S. Assistant Secretary of State for Energy, said his government supports the right of Cyprus to develop its energy resources and to divide the proceeds between Greek and Turkish Cypriots as part of a settlement to reunite the ethnically divided island nation. Cypriot minister of foreign affairs Nicos Christodoulides has appealed with Turkey to discuss the delimitation of its maritime boundaries or to adhere to the International Court of Justice ruling. Christodoulides said that Turkey gains from the reality that global interest is shifted to the coronavirus pandemic and resorts to what he called “destabilizing activities.

The foreign ministers of the UAE, Egypt, France, Greece, and Cyprus released a statement condemning ‘the ongoing illicit activities of Turkey in the Cypriot Exclusive Economic Zone and its territorial waters.’ Referring to the Agreement between Turkey and the internationally recognized government of Libya concluded in Tripoli on 27 November 2019, the statement said that Turkey must fully “respect the sovereignty and the sovereign rights of all states in their maritime zones in the Eastern Mediterranean,’’. The ministers also condemned “the illegal Turkish movements” in the territorial waters and the exclusive economic zone of the Republic of Cyprus, which they said represent “a violation of international law according to the United Nations Convention on the Law of the Sea.”

“Turkey is enforcing gunboat policy, it is behaving like the pirate of the Eastern Mediterranean, trampling on and violating the principles of international law and interfering with the sovereign rights of third countries, including Cyprus,” government spokesman Kyriacos Kousios said. These statements come amid tension over the increasingly vigorous campaign from Turkey to pursue oil and gas in territories where Cyprus has exclusive economic rights. EU Foreign Ministers have shared concerns over Turkey’s Eastern Mediterranean aggression and affirmed their full solidarity to Cyprus after Ankara confirmed it will intensify its illegal drilling off the island.

Around Cyprus, Turkey has in the past two years blocked an Italian vessel from drilling, and sent at least four Turkish drillships, accompanied by naval vessels, into areas claimed by Cyprus. The Cyprus government said the latest actions “is the sixth attempt by Turkey in less than a year to illegally conduct drilling operations in Cyprus’ maritime zones.” Turkey first dispatched a warship-escorted drillship in July of last year. A statement given by the Turkish Defense Ministry states that Turkey’s drillships – the Fatih “set to continue operations in the Black Sea and make its first drilling project in July,” and the Yavuz “said to be ready to start its operations following a relaxation on measures against the pandemic. Research vessels Barbaros and Orucreis continued their operations in the eastern Mediterranean, with the Turkish navy providing both air and sea security. In the economic zone of Cyprus, Turkish exploration vessels are still holding seismic surveys that Cyprus considers illicit and part of Turkey’s “militarization” of the surrounding sea, “threatening peace and security in the eastern Mediterranean.”