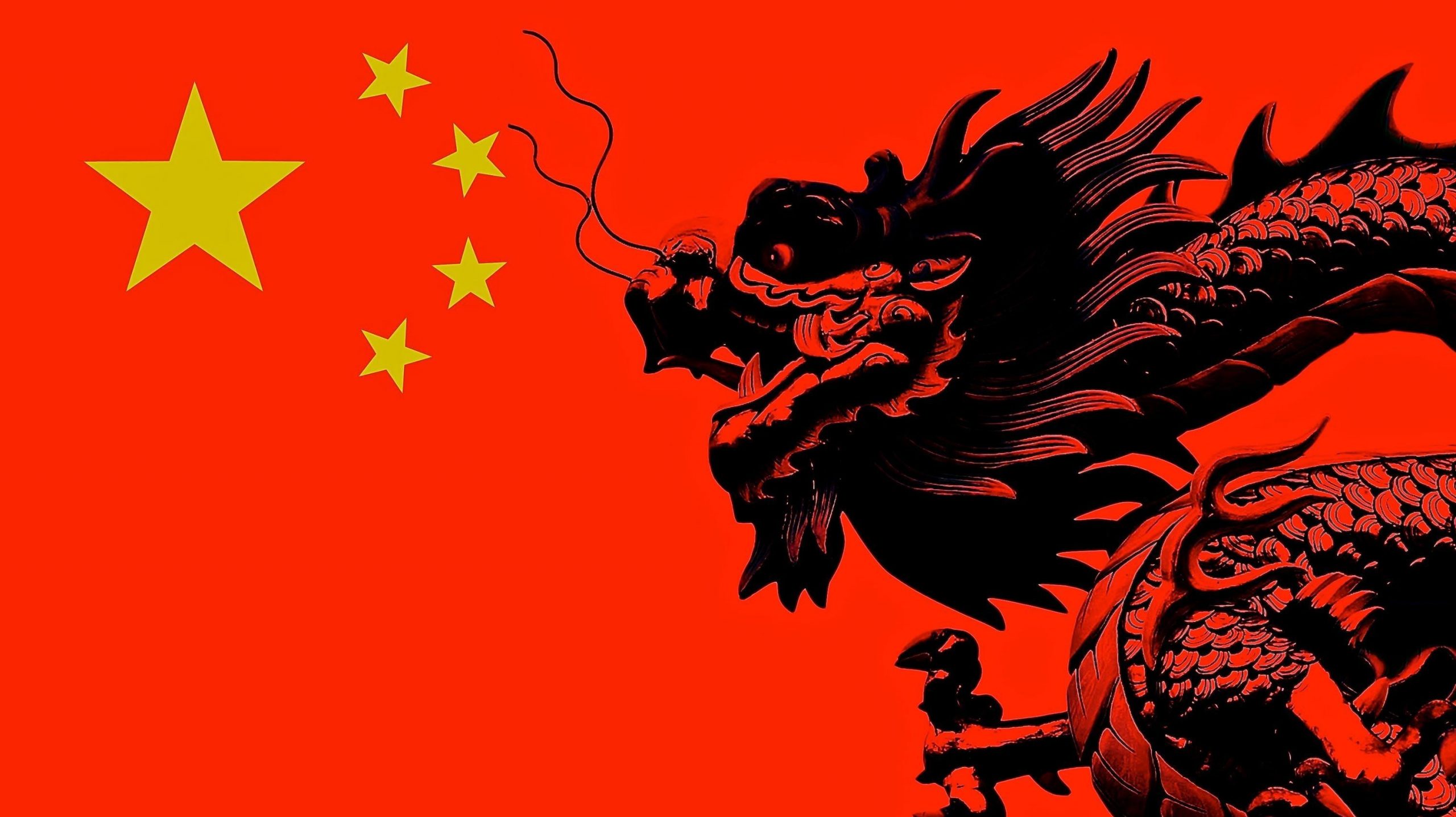 A prime example of how China is overtaking its overseas competitors is the facial recognition firm Megvii.

China did not have to wait till 2025 to catch up with the US. It has almost caught up with a few US tech giants and in some respects has started to surpass them.

An example is facial recognition. While initially a form of computer application, it has seen wider uses in recent times on mobile platforms and in other forms of technology, such as robotics. It is typically used as access control in security systems and can be compared to other biometrics such as fingerprint or eye iris recognition systems.

Although the accuracy of facial recognition system as a biometric technology is lower than iris recognition and fingerprint recognition, it is widely adopted due to its contactless and non-invasive process.

Recently, it has also become popular as a commercial identification and marketing tool. Other applications include advanced human-computer interaction, video surveillance, automatic indexing of images, and video database, among others.

A prime example of how China is overtaking its overseas competitors is the facial recognition firm Megvii. Founded by three Tsinghua University graduates in 2011, Megvii is among China’s leading AI startups, with its peers (and rivals) including SenseTime and Yitu. Its clients include Alibaba, Ant Financial, Lenovo, China Mobile and Chinese government entities.

From a macroeconomic perspective, Megvii’s investment risks include the restrictions and tariffs placed on Chinese exports to the U.S. as part of the ongoing trade war. There are also reports that Megvii is among the Chinese tech companies the U.S. government may add to trade blacklists.

It is one reason that it is making huge losses. To date rapid advancements in AI have been primarily centred on surveillance of Chinese people in China proper and the captive Muslim populations of Uighurs in Xinjiang. The fact that it has brought global condemnation has made scant difference.

The concentration on further advances is again oriented towards surveillance of its population to an extent that was considered inconceivable a few years ago. To the outside world it is well beyond paranoia of the leadership.

To begin with, total surveillance was the means to keep the Communist Party in power and suppress all opposition. Gradually it has exceeded its original purpose. Now it is concentrated solely on keeping Xi Jinping in power.

Even senior Communist party members have been brought into its ambit.

The tragedy is that knowing what is happening in China some Western companies continue to abet China in its human rights privations. It is said that it was a western company that gave China the technology to lip read.

If true, no matter the amount of money changed hands it does not augur well for the future. Luckily for the people of China and the world Covid-19 would have put paid to these activities. Leave alone democracies no country other than North Korea would be prepared to suppress its people to the level that Xi Jinping has decreed for his people.

The question that arises is how long can China under Xi Jinping continue with the extreme form of deprivation of people’s liberties without something giving way. On the face of it and in spite of murmurings of dissent after the handling of the Wuhan virus, Xi Jinping is not likely to be brought down in a hurry.

Should that be the case there are a few ways that can be thought of to relieve the people from their yoke. The first would be an internal uprising. The second would be joint external actions by the world with threats of a nature that the CCP would be obliged to take note of to either limit Xi Jinping’s powers or to bring him down and replace him with the leadership pattern for his successors laid down by Deng Xiaoping which was working well up to the tenures of Jiang Zemin and Hu Jintao.

The way by which freedom from excesses that people have to undergo can be brought down would be by an innovative form of uprising with Chinese characteristics. Disruption that can be brought about by a small portion of the PLA that would be conscious of the fact that in the eyes of the people the excesses they suffer do not appear to be opposed by the army, whose head is now Xi Jinping himself, the self appointed Commander-in-Chief.

All it would require would be for just one enterprising army, corps or divisional commander to select a large enough geographical area under his command to simply disable all the cameras and associated surveillance equipment. None of the police, party cadres or technical people would be harmed.

Nobody would be killed or injured. They would be asked to stand aside.

Thereafter whatever action that the government takes would be watched avidly by the people of China, the government-controlled media, social media, CPC cadres and the world at large with bated breath.

The reason would be that it would be the C-in-C of the Army, Xi Jinping who would have to decide as to how the trouble-makers were to be brought to book. What happened in Wuhan continues to fester in the Chinese province of Hubei. It would be recalled that on 23 January 2020, the central government of China imposed lockdown in Wuhan, capital of Hubei province and adjoining cities ultimately affecting a population of 57 million. On 8 April 2020, the Wuhan lockdown finally ended.

The story of Beijing’s mishandling, the silencing of the doctor who first reported the outbreak, the feeling in Hubei and around China that their president had been found wanting in their hour of need, followed by massive propaganda efforts by Beijing to cover up their lapse are not something that the people of Hubei who suffered so much will ever forget.

Any uprising by way of protest, no matter how it started could spread like wildfire across China, obliging Xi Jinping to step down to douse the flames before the whole edifice were to be brought down.

Tragically Covid-19 has enabled the Chinese leader to further tighten surveillance of his hapless citizens. Looked at it in another way, Covid-19 provides the opportunity to defeat in the simplest manner.

Through the grapevine system people should start using the ubiquitous face mask in a different way. That would be to put the mask in a way that it covers the face from the forehead to the chin. No eye scan, no lip reading.

There is mounting external pressure on China to unite with the world to jointly fight the pandemic that threatens the future of humanity as no other pandemic in living memory. Beijing will soon have to realize that it is only a matter of time before it would be required to bring transparency in all its internal and external dealings and allow in researchers and medical teams from other countries in the first instance.

Should it do so the blame game could conceivably quieten down till after the pandemic is brought under control. This would mean sincerity and complete behavioral change. Not only is China not looking in this direction it appears to be taking advantage of the mounting casualties in the US and what it feels is the distraction of the president. Its recent belligerence in the South China Sea is an example.

It forgets that while the President may be tied down elsewhere the Pentagon and US agencies charged with the country’s security never lower their guard or else they would not be the leading world power. Just as China has undertaken a major global propaganda exercise to show how it is helping suffering countries with doctors, health workers, grants and medical equipment (Italy and Pakistan for example), in like manner Western countries and Japan can mount a counteroffensive without distorting facts as Beijing is obliged to do.

Preliminary thoughts on the subject that can be taken up for action are: (a) Encouraging highly indebted African countries groaning under the burden of Chinese debt to collectively suggest to Beijing that unless repayments are re-scheduled over 50 years at 0.5 per cent rate of interest they would feel obliged to revoke their debt and expel all Chinese from their countries.

Japan, US, World Bank and IMF could step in to help these countries.

Voice of America and the radio service that had been started by Norway should with more powerful transmitters (with built-in software to prevent distortions) update content on the pandemic as it is unfolding and dwell on China’s inexplicable delay in warning the world.

Beside China these would be beamed into Asean, Africa, South America, Pakistan, Sri Lanka and Nepal among others. Both China and the world must realise that China is too big and too important a country to remain out in the cold either by its own actions or the world’s counter actions. Covid-19 from all indications is here to stay for a long time.

Without collective effort, suffering in the world could be prolonged and the casualties mount even higher. Looking even further the post-pandemic world order will require the collective effort of all the major powers to plan a better future for the planet and humankind.

This article first appeared in The Statesman.