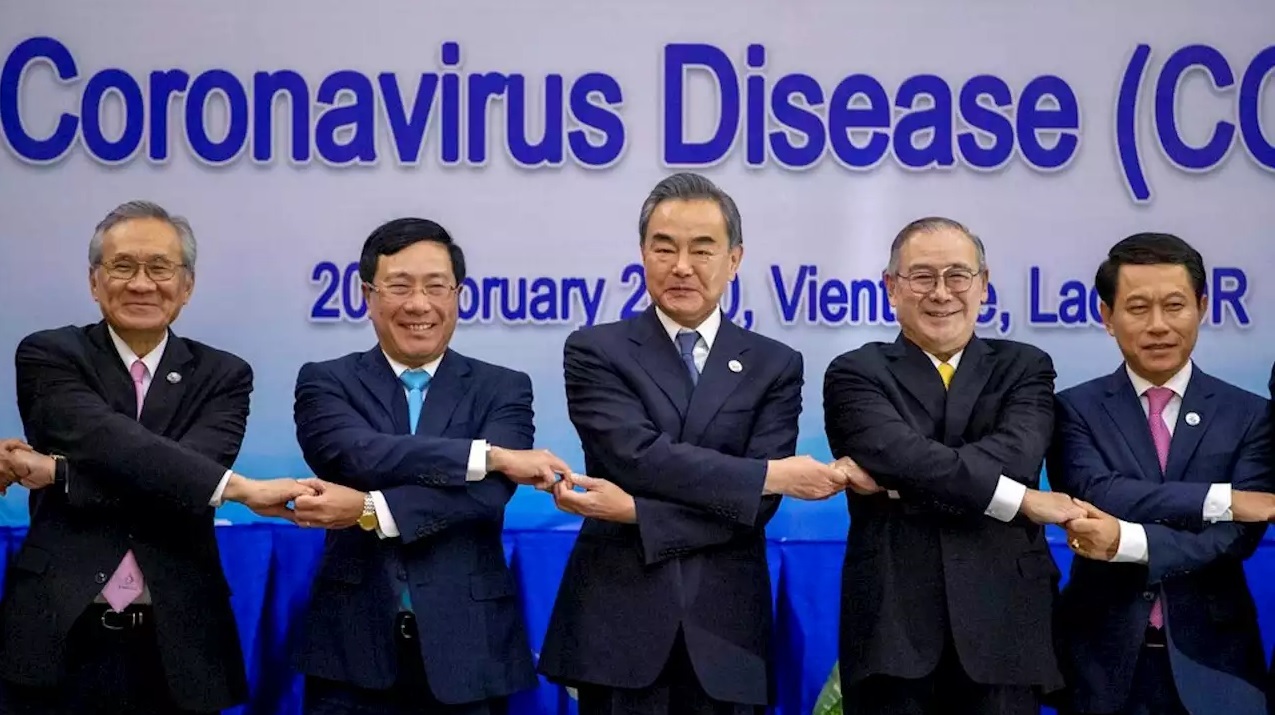 The COVID-19 pandemic has ravaged most countries of the world, developed and developing notwithstanding. The novel Coronavirus, as it is known, originated in the Wuhan province of China late last year and claimed a handful of lives initially. Since then, however, it has become a rage with deaths numbering in hundreds of thousands.

Southeast Asia, a critical region in terms of strategic, political, economic, and military influence on Asia and the world-at-large, has been no less infected than most other regions in the world. Some of the countries of the region such as Indonesia have witnessed spiralling cases amounting to thousands, while stringent lockdowns have been implemented by national governments state-wide since the outbreak of the Coronavirus.

The region’s response has been in sync with several countries of the world. This includes the impact on the supply chains for the availability of essential commodities, lockdowns.

The world’s sole superpower – the United States of America – has been the most affected by a pandemic that has left no nation on planet Earth outside of its reach. American leaders, most visibly led by none other than President Donald Trump, have been scrambling for any and all medication that would help treat the pandemic, while also assisting allies such as India financially. The US exported surgical masks and ventilators to China in the early days of the pandemic. The exports amounted to over US$ 58 million. In the upcoming days, the US will be exporting 8000 ventilators to European allies such as France as well as pandemic-ravaged countries such as Spain and Italy. The United States supplied personal protective equipment (PPEs) to Laos in early February, signalling the importance of the US-Lao Comprehensive Partnership. The US is the largest donor to the World Health Organization (WHO). The WHO has assisted several Southeast Asian countries such as Cambodia, Timor-Leste, and the Philippines through the supply of PPEs.

The country being blamed for the origins of the COVID19 pandemic, too, is attempting to expand its ‘medical diplomacy’ to Southeast Asia through both official and unofficial sources.  However, the Chinese have received a global reprimand for its faulty testing kits from countries such as India, which has further exacerbated the belief that the Chinese government is directly responsible for the spread of the Coronavirus.

Southeast Asian countries have refrained from criticizing China, owing to the present state of ASEAN-China relations – the signing of the Declaration on Conduct in the South China Sea – as well as the traditional posture of some of the countries in the region to not antagonize China.

In late March, the owner of the Chinese e-commerce giant Ali Baba, Jack Ma, contributed millions of protective masks, and test kits to countries in Southeast Asia such as Indonesia and Malaysia. This was indicative of the Peoples’ Republic’s multi-fold strategy, involving the spread of the virus as well as a broad approach to assistance from within President Xi Jinping’s establishment and the private sector. At this point, the rapid manufacturing of Coronavirus-related equipment will also serve Chinese interests in Southeast Asia.

A Foreign Policy Article warned the world of Russian and Chinese overtures in regard to the export of equipment that helps fight the virus, dismissing the assistance as driven by ulterior motives – one being the export of cheap equipment. The US and China have been at odds since the very beginning of the pandemic. President Trump initially called the pandemic ‘a Chinese virus’, but later retracted the statement. In retort, Chinese officials dismissed Trump’s assertions and put forward their own claims to the virus having occurred naturally from a Wuhan fish market and not artificially in the Chinese government’s labs in Wuhan. Conspiracy theorists have been up and about claiming that the US ‘created’ the virus in a Chinese lab, and this has only added to the confusion surrounding the intricacies of the delicate and oft-turbulent geopolitical state of affairs between the US and China in Southeast Asia.

Emerging powers such as India and South Korea have received considerable praise, with the former having been described as the ‘world’s pharmacy’ because of its production and exports of PPEs, and the latter having been praised for quick and efficient rapid-testing. While the present-day ‘race’ to the world’s apex is viewed by most scholars as a contest between the United States and China, countries such as India, Brazil, Russia, Japan, and South Korea have been mooted as possessing the requisite acumen for the long-term in their attempts to achieve parity with the US and China.

India Today reported that a World Health Organization meeting between Indian manufacturers of a novel Coronavirus vaccine took place in end-April with companies from Southeast Asia. This meeting addressed the need for the production of a vaccine with the potential for exports around the globe. This meeting further endorsed India’s highly influential role in the manufacture of vaccines to combat the virus.

Conclusion: An Extension of a Rivalry or ‘Responsible Joint Assistance’ Among Superpowers?

A pandemic is a global emergency that brings within its wake a united world, for the most part, barring critical standoffs related to national security such as those in the South China Sea between China and several Southeast Asian countries. In the case of the novel Coronavirus, however, an enemy forging unity across the globe seems to be China. The origin of the Coronavirus has been definitively traced to the Peoples’ Republic, with neighbouring Southeast Asia bearing the brunt.

It is difficult to ascertain if the superpowers that are largely involved in the region are competing amongst themselves through large-scale medical assistance or establishing a ‘new order’ of combined assistance to countries in dire need of equipment to deal with the Coronavirus, given the seriousness of the COVID19 pandemic. Given the wide gap between seeking to achieve hawkish objectives such as the many conflagrations resulting due to US-China rivalry in the South China Sea and benign assistance as a result of treaties and agreements in favour of emergency trade between a superpower and countries of the ASEAN region, the Coronavirus crisis has become a case of odds and evens.

Disclaimer: The views reflected in the article are the opinions of the author in a personal capacity and do not reflect the views of his employers.

Jay Maniyar
The author is a Research Associate at the National Maritime Foundation in New Delhi, India. The views expressed above are in a personal capacity, and do not reflect the views of his employers. He can be reached via email at jaymaniyar@gmail.com, and can be contacted on the professional networking platform, LinkedIn.
Tags:
Southeast Asia Superpowers ASEAN Competition China Rivalry India CoronaVirus Covid19 pandemic United States Novel Coronavirus
Share:
Share this...