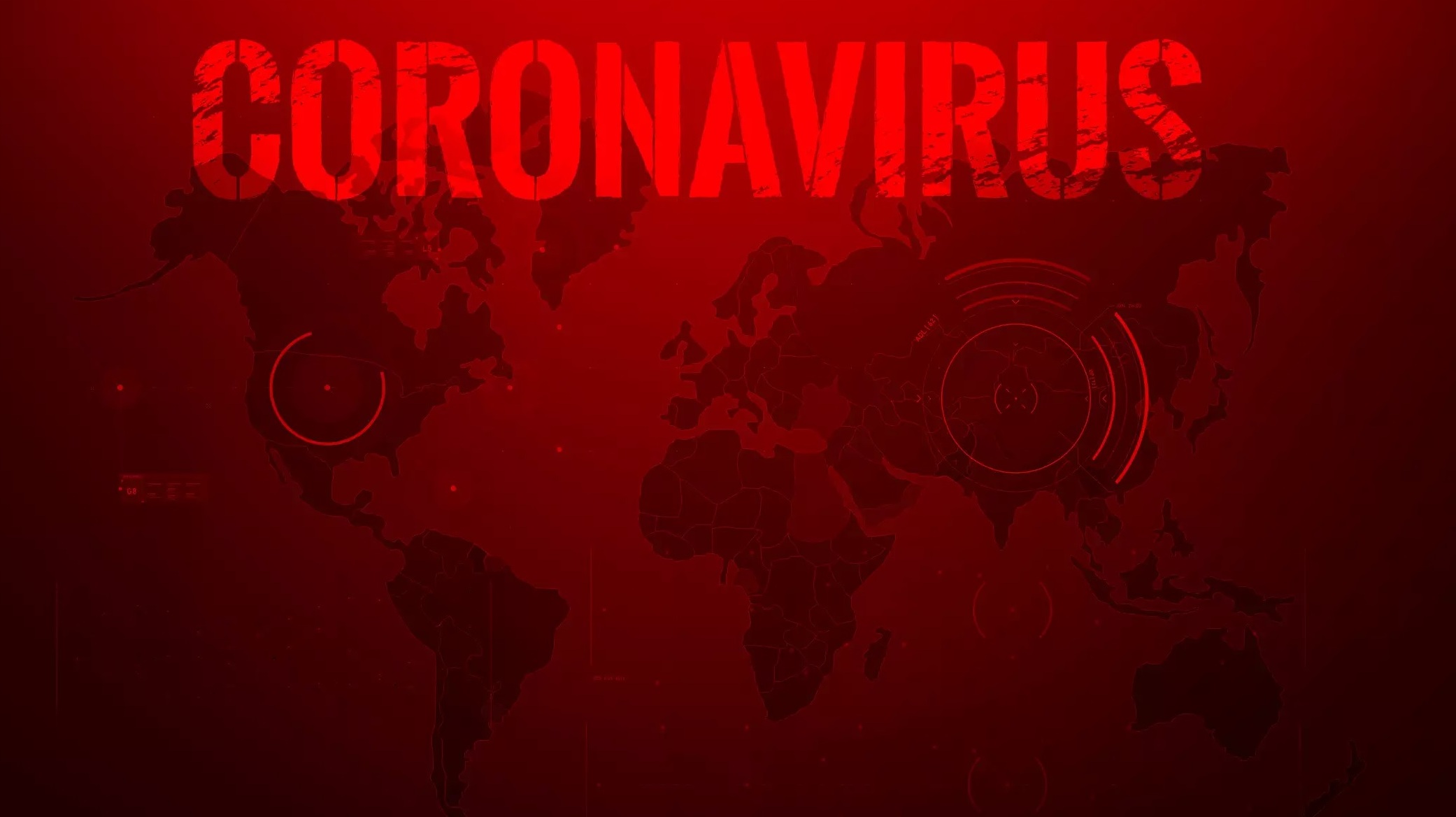 Power play in international politics never ceased, whether it was World War I or II, Great Depression of 1930, SARS, Ebola and other outbreaks. It will also not cease after COVID-19; no matter how many countries get affected by it.  Therefore, a study on power projections in the world is relevant at all times. In this context, it may be noted that two recent Reports have fuelled speculations about the world’s leading powers now and in the future. The First Report, released in 2017 by the London-based Price Waterhouse Cooper (PWC), and titled, “The World in 2050” indicated major economies in the world in the year 2050; with a corresponding standing of major economies in 2016, the year preceding the publication of the report. The PWC Report ranked ten top economies of the world in 2050 on the basis of Gross Domestic Product (GDP) at Purchasing Power Parity (PPP). It was released as an advisory for an opportunity in business in leading economies of the world in the future. But the PWC Report has been viewed as a guideline by several leading organizations, like the BBC, to create awareness for their clientele about leading economic destinations. But the PWC Report was released much before the outbreak of COVID-19. It has become clear by this time that COVID-19 will impact the national and global economy. Hence a natural query creeps in here: Will the PWC Report hold good after COVID-19? This issue will be taken up shortly in this analysis. But before that, focus shifts to the Second Report, as mentioned at the beginning.

The Second Report in contention was released in the year 2020 by Global Fire Power, an international body working on military powers of 138 nations across the globe. Global Fire Power (GFP) has been providing such reports since 2006. The latest report titled “2020 Military Strength Ranking”, lists military powers of many countries in the world on the basis of conventional weapons. Not surprisingly, nations with a strong or emerging economy are also top military powers of the globe. Now if we take into account these two reports, it is possible to indicate the leading powers of the world at present and in the next three decades, i.e., up to 2050. But there is a word of caution. Measurement of National Power (NP) does not depend solely on the economy or military capability of a state, although these two are vital elements of NP. A nation’s power actually depends on many attributes like geography, economy, military capability, industrial and technological development, leadership, political stability, demographic issues et.al. It is improper to go for a study of NP calculations without taking into account all these factors. However, economy and military strengths had always proved to be crucial factors in any calculations of NP. Therefore, this analysis will take into account PWC and GFP Reports mentioned above, while projecting about leading global powers of the future, without ignoring other elements of NP.

Who are the major economies of the world now? PWC listed some nations as top economies in 2016 on the basis of GDP at PPP. The 2016 ranking also holds valid now, in 2020. In order of ranking from above (1,2,3 etc.), the top ten economies of the world today are China, U.S., India, Japan, Germany, Russia, Brazil, Indonesia, U.K. and France. Among these according to PWC, five nations belong to advance G – 7 economies (U.S., Japan, Germany, U.K and France); while the remaining five (China, India, Russia, Brazil, Indonesia) to Emerging Markets (E – 7). Therefore, currently, five G – 7 nations and five E – 7 nations belong to the top ten categories on the basis of GDP at PPP. According to the PWC Report, in the year 2050 six E – 7 countries and four G – 7 nations will be in this category. In 2050, the top ten economies will be China, India, U.S., Indonesia, Brazil, Russia, Mexico, Japan, Germany, U.K, in that order. Therefore, among the top five, E – 7 countries will dominate with four in this group. This indicates a major shift in the economic powers of the globe in 2050. But as mentioned earlier, this projection was prepared before the outbreak of COVID-19. Will COVID-19 impact this ranking? Well, not much.

In order to know the impact of COVID-19 on Global and national economy, we need to refer to a third Report, released recently by the IMF (International Monetary Fund). This report titled “World Economic Outlook, April 2020: The Great Lockdown” observed, “As a result of the pandemic, the global economy is projected to contract sharply by –3 percent in 2020, much worse than during the 2008–09 financial crisis”. But Interestingly, the IMF Report claimed that Advanced Economies like the U.S., Euro area, Japan, U.K., Canada and other countries will be hit hard due to the pandemic than Developing Economies like China, India and some ASEAN (Association of South East Asian Nations) countries. Among the current top ten economies, only China and India will have a positive real GDP growth rate in 2020 (1.2 and 1.9 percent respectively). All other countries in the top ten, real GDP growth rates will be negative in terms of percent (Source: IMF Report). In 2021, due to several corrective measures, all countries in the top ten will have positive real GDP growth rates, while China and India and some ASEAN countries are projected to grow substantially at 9.2 percent, 7.4 percent and 7.8 percent respectively (IMF Report). Advanced Economies will grow at an average rate of 4.5 percent (Real GDP) in 2021. Therefore, according to the IMF Report, the global and national economy will revert back to the path of growth from 2021. IMF claimed in this Report that its predictions turned out to be correct during the 2008 – 09 economic crises and immediately thereafter. This time also, believes the IMF, it would be correct. Therefore, as pointed out earlier, the impact of COVID-19 over the global and national economy will be heavy in the year 2020, but due to correctional measures from 2021, the global and national economy will be somehow stable, if IMF Report turns out to be true.

As a consequence, the top ten economies in the world now (2020) will continue to be in their positions during this decade (2020 – 2030). But who among these nations will be top global powers till 2030, in terms of their political, military and economic influences? Well, two countries U.S. and China will continue to remain as number 1 and number 2 ‘Top Powers’ respectively till 2030, not only for their economic prosperity but due to their strong military (GFP Report), territorial size, industrial and technological progress and strong presence in all global forums like the UNO, WTO, NSG, IAEA, G – 20 et.al. Although the European powers have lost their preeminence in global politics and economy after World War II, a few European powers like Britain, France, Russia and the European Union (EU) [as a successful economic bloc] will enjoy ‘Major Powers’ status till 2030 due to their sufficiently strong industrial bases, military powers (GFP Report) and influence in global politics. Currently, Britain, France and Russia are permanent members of the UN Security Council and substantial military powers (GFP Report). Japan is also included in this category for its industrial and technological strength and military capability. During this decade (2020 – 2030) India, Germany, Brazil and Indonesia may be in the ‘Potential Major Powers’ category. These are either strong or strong emerging economies with big territories and potent military capabilities. In countries like Brazil, India and Indonesia social institutions and infrastructures require to be strengthened; and manufacturing sectors need to be augmented. In this context, the ‘Make in India’ policy of the present government in India is a good initiative. Despite some deficiencies, these nations are surely in the reckoning, if one takes into account all positive aspects presented in the PWC, GFP and IMF Reports. Therefore, during 2020 – 2030, important global powers may be ranked this way: Top Powers – U.S., China; Major Powers – Britain, Japan, France, Russia and the EU; Potential Major Powers – Germany, India, Brazil and Indonesia.

However, there will be a few changes in global power calculations from 2030 to 2050. Countries with strong NP credentials will remain in the list, but there will be a few surprises. By all indications, France may not be in the list of ‘Major Powers’ by 2050. Its place may be taken over by India. Both Japan and Germany will have capabilities to be in the ‘Major Powers’ list; but going by indications as provided by Reports cited earlier, Japan will have an edge over Germany. Hence, the scenario in 2050 will look like this: Top Powers –  China, U.S.; Major Powers – Britain, Japan, Russia, India and the EU; Potential Major Powers – Germany, Brazil and Indonesia. In 2050, there will be many ‘Middle Powers’ vying for places in upper categories. On the basis of overall performances (economy, military, Industrial & technological development, political stability etc.), these Middle Powers will be South Africa, Mexico, Nigeria, Vietnam, South Korea and Turkey. Therefore, many Middle Powers will be from the developing regions of Africa, Asia and Latin America. This phenomenon marks an important shift in global power calculations in the future.

As observed, China and the U.S. will continue to dominate as two top powers in the world till 2050. Will there be a new Cold War between these two nations? In my view, this possibility is unlikely. During the four and half decades-long Cold War between the U.S. and Soviet Union, there was negligible trade and investment engagements between the two nations. On the contrary, the U.S. and China are strong trading partners, with substantial investment by both in the other nation.  Economic interests will rule over political differences in Sino – American relations in the future. Moreover, ‘soft power’ issues will also impact bilateral relations. Chinese Americans will play an important role in determining American policies toward China and American private business will put pressure on all American governments to be less harsh on China. Taking into account these factors, a Cold War like scenario is ruled out in Sino – American relations in the future. On the contrary, a new ‘Balance of Power’ politics may emerge in international relations in the future, say around 2040 – 2050. In this new ‘Balance of Power’ countries in the ‘Top’, ‘Major Power’ and ‘Potential Major Power’ categories projected for 2050, may play important roles. However, like any Balance of Power system, this one will also remain vulnerable to changes.

Aneek Chatterjee
Author is a senior academic and analyst on international relations. He served as Professor and Head of Political Science at Presidency College, and later at Presidency University, Kolkata, India. He was a Fulbright Visiting Fellow at the University of Virginia (USA) and a recipient of the ICCR Chair to teach abroad.
Tags:
Military Power China India IMF Russia pandemic COVID-19 Corona Crisis U.S.A.
Share:
Share this...