Non-Aligned Movement in The 21st Century: Relevant or No? 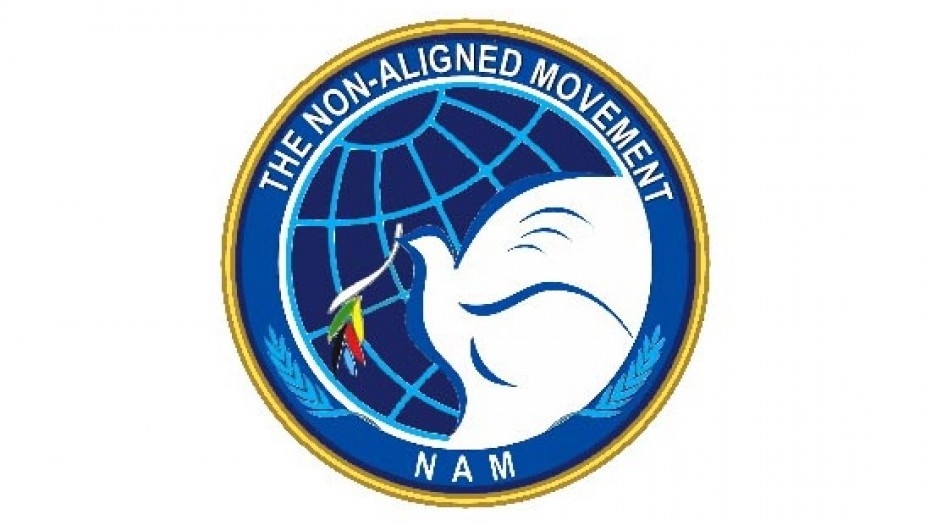 Gautama Buddha, ancient mediator, philosopher and the founder of world religion Buddhism once remarked, “Everything is constantly changing and nothing can completely satisfy you.” The statement holds utmost significance in the 21st century where every move has a counter move and the present day politics of any continent is considered to be a million-dollar question. The paper in this regard, takes into account the prolonged controversy regarding the Non-Aligned Movement and tries to address the unfavourable opinions regarding its economic and political ideology, explaining how it still holds relevance in this dynamic world.

Non Aligned Movement, commonly known as NAM, took birth at the 1st Belgrade Conference of 1961 orchestrated by Jawaharlal Nehru (first Prime Minister of India), Josip Broz Tito (President of Yugoslavia) and Gamal Abdel Nassar (President of Egypt). Originating with a participation of 25 members, it has become the biggest independent and informal association comprising of 120 member nations and 17 observers who disavow bloc divisions and sail ships of neutrality. NAM’s primary objectives of neutrality, national independence, sovereignty, territorial integrity and security of non-aligned countries began to gain recognition after two historic events: i) The Sino-Indian Agreement 1954 ii) Bandung Conference 1955. Both the events adopted Panchsheel/ the five principles of peaceful co-existence as the ideological foundation of the movement, which in Nehru’s perspective offered an ethical alternative to war where the world had no other choice- either it was Panchsheel or a hydrogen bomb!

One can believe that the movement can never lose relevance till the sovereign state system exists; NAM’s steadily growing membership- maintaining its schedule of periodic meetings is perhaps another supporting stance. Those who doubt its pertinence must first contemplate why what began with a membership of 25 is able to uphold 2/3 of the total membership of the world community today?

It is often argued that the movement was conceived at the onset of Cold War and that the end of Cold War calls for its immediate withdrawal- what is then the reason behind successful post-cold war NAM summit conferences held in Indonesia 1992, Columbia 1995 and South Africa 1997. The fact remains that the movement was initiated with an intent to combat the conditions of Cold War which included neo-colonial pressures from former colonies, many of which still sustain- for example, US hegemony in international forums like UN, strong mediation of Pax-Americana concept, US preparations for the launch of lethal anti-missile system and so on. Likewise, if the validity of the creations of the Cold War era has expired, even NATO remains a big question mark.

NAM’s support for the cause of Puerto Rico and Western Sahara Self Determination before UN since 1960-70s, brings into limelight its urge to achieve a New International Economic Order and democratisation of the international system, which barely goes noticed. The movement receives criticism with regards to globalisation, donor conditionality, decline in foreign aid, lack of democracy and modernisation, neocons constantly fail to analyze organisation’s efforts trying to appeal for the protection of cultural diversity and the tolerance of sociocultural, religious, and historical peculiarities defining human rights, especially for the well-being of member states with poor human rights records like Syria and Egypt.

Pranab Mukherjee on the active role of NAM

Pranab Mukherjee, India’s former External Affairs Minister spoke on the contemporary relevance of NAM in terms of North-South Dialogue, South-South cooperation and new international economic order. He said, “NAM members, mostly developing countries have a voice in almost all international matters; have been playing a very active role in international organisations like UN.”

NAM: What about the UN’s inefficiency in dealing with certain issues?

The aforementioned remark holds particularly true as the movement collaborated with G77 and formed joint committees to represent the shared interests of both the groups, where NAM countries also made clear their unanimous position on various hotspot issues, including an appeal for stopping Israel settlement activities on Palestinian territories, ending the economic embargo against Cuba and immediate restoration of the ousted Honduran President. Thus, if NAM is invalidated based on some omissions, how would critics vindicate UN’s inefficiency to deal with historic issues like Kashmir dispute, Israel’s ethnic cleansing, Yemen civil war, Rohingya Crisis, Rwandan crisis, and the Syrian Civil war?

The emergence of a unipolar world has led to serious economic and political repercussions. This is because it has widened the wealth gap between rich and poor which is resulting into war, exploitation, disease and poverty- a crisis further calling out for a common strategy to adjust the terms of dialogue for global negotiations, while integrating social, economic and developmental aspects. The only possible way for such unification lies in the solidarity amongst NAM member nations to take up a strong stand as the biggest representatives of the developing world withthea potential to pressurise even the international society!

Need of the hour: NAM’s revitalisation and not abandonment

It would thus be wrong to question the significance of a long-lasting movement like NAM, sui generis in its purpose of serving the national interest of member nations and promoting the cause of humanity. ‘The need of the hour is to call out for NAM’s revitalisation for it to be able to cater to the 21st Century needs of Third World countries more efficiently,’ India’s current Vice President M. Venkaiah Naidu points out. That being said, it would be surprising to note India’s work on NAM 2.0: A Foreign and Strategic Policy for India in the 21st Century- as an attempt to refine the country’s foreign policy with an amalgamation of ‘soft’ and ‘hard power’ so that either could be applied with full confidence.

On a closing note, each member nation, scholar and civilian must come forward and contribute to the success of NAM 2.0 so that South-South Development gets the acceptance and appreciation it deserves. My message in response to the neocons pulling our morale down is “People throw stones at you and you convert them into milestones” – Sachin Tendulkar.

3 replies on “Non-Aligned Movement in The 21st Century: Relevant or No?”