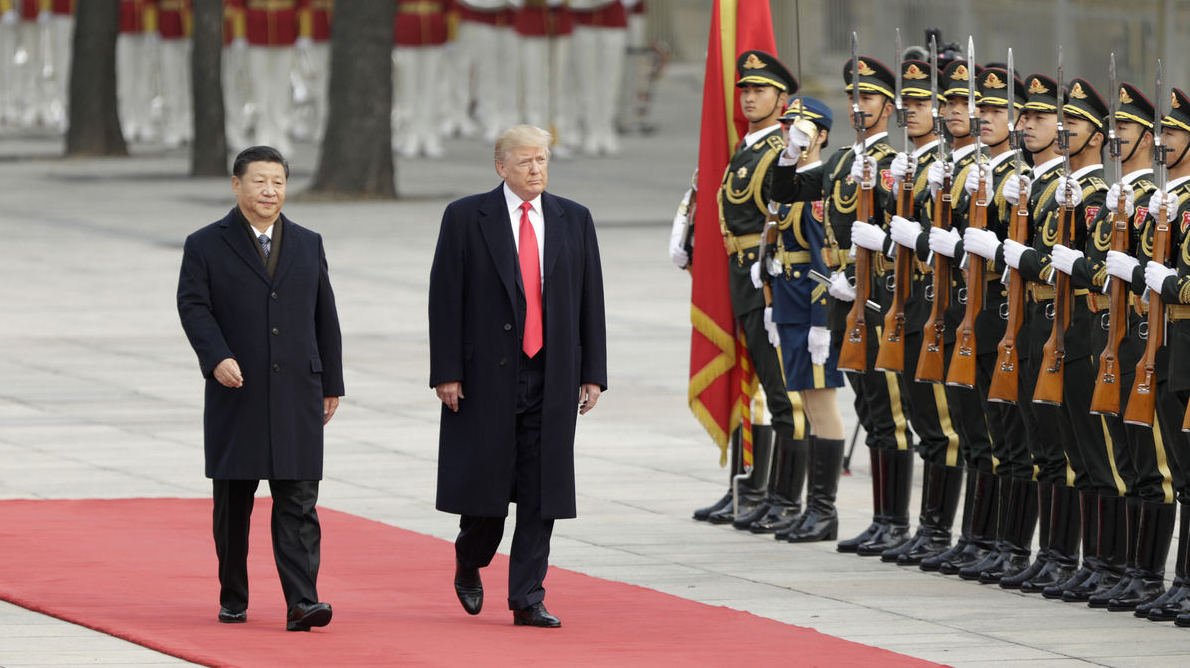 It is clear that the COVID-19 pandemic has caused a death blow to all major economies around the world. There is a dire need for vaccines not only against this insidious virus but also to insulate the economies from further shocks.

As the US and China have already been at daggers drawn over a plethora of issues, the COVID-19 has become a fresh irritant between the two countries. The US-China trade deal, which is seen as a last-ditch attempt to bring calm and stability for the global economy by many observers, has been facing an uncertain future given the fresh wave of blame game over the COVID-19 pandemic. Initially, Trump had paid no heed to the impending health crisis. The flaccid response in handling the COVID-19 has become an albatross around his neck.

As the presidential election ahead, Donald Trump, who lacks savoir-faire, has been trying to win his spurs by spreading barefaced lies and scapegoating the WHO. The US, under the leadership of Donald Trump, has been playing fast and loose with its allies and expecting its foes and friends to act at its beck and call. The US has been saddling with its own set of troubles and lost its play God status, thanks to its maverick leadership. It has become clear that there is no end to trump’s faux pas and imbecility even at a time when the whole of humanity is in the blues. There has been a widespread hue and cry among the chattering classes in the US against Trump’s leadership and his handling of the COVID-19 crisis. Seemingly, Trump’s iniquitous philippic would become a recipe for disaster to the US foreign policy and its geopolitical interests. The US, a broken reed in eyes of its All-weather allies during these tough times, has to come up with facing saving measures in order to retain its “Big brother” status. As a result of Donald trump’s parochial outlook and presumptuous attitude, its European allies, who have a natural predilection towards the US, are left high and dry.

It is visible that the global order is at sixes and sevens as there is no true leadership in the battle against the invisible enemy. The global leadership vacuum ensued the international institutions to fall apart at the seams.

Since the collapse of the Soviet Union, the US has been under the dillusion of unchallengeable power and stayed at the ivory tower, turning the blind eye on the emergence of a multipolar world. China has edged out all possible competitors in the geopolitical game and has been checkmating the US in terms of influence and the wherewithal. China has been beefing up its paraphernalia in order to attain the superpower status. It is pertinent to say that the US and China are on collision course and the tussle of epic proportions between them would to the Cold War 2.0, as COVID-19 die down.

Apart from an affray over trade, there are other bones of contention between the US and China. With its ambitious Belt and Road initiative(BRI) and the expansionist agenda in the South China Sea, China has been demonstrating its prodigious economical and defence capabilities.

The time has come for India to stop playing second fiddle to the superpowers in the international arena and has to push the envelope in creating new allies. India has been biding its time to ensconce itself as the “vishwaguru”. As the third world powers upping the ante for greater reforms in the international order, India has to push all the right buttons to lead the third world, home to about two-thirds of humanity. In the world of bipolar confrontation, India had caught between a rock and a hard place, a time where India had to make a stark choice between the then superpowers, the US and the Soviet. Even though the NAM (Non-Alignment movement) members remained aloof from the bitter power struggle between the superpowers, they looked upon the then power blocs, the US and the Soviet, for the wherewithal and the defence needs. Following the collapse of the Soviet Union, NAM is as dead as dodo. Soon, India embraced liberal reforms and its proclivity towards the US has become more apparent.

India has stolen a march on its competitors at a defining moment in the battle against the COVID-19 pandemic and has won the laurels for its diplomatic outreach. The time has come to turn over a new leaf and India should keep its momentum going in the diplomatic arena. It is important to realise that there’s no time like the present for India to lead the aspirations of the third world nations rather than playing a waiting game.

As the global political space trapped in a bitter tiff between the US and China, India should try to pour oil on troubling waters through its soft power stature and by creating an alternative platform for the neutral and middle players. In the post-liberal era, NAM had fallen off the radar but received a much-awaited fillip with the recent virtual meet in the wake of COVID-19.NAM has got a new lease of life and the interest around it has been piqued in the Indian diplomatic circles as the world is moving from the multipolarity to the brand new order of bipolarity, where China and the US would remain as new bipoles. Due to the emergence of middle powers, the post COVID-19 bipolarity at the global scene would be different from the Ideological bipolar world, an era dominated by the ideological war between the US and the Soviet. India, a front runner among the middle powers, has a chance to a pivotal role to lead the aspirations of middle powers, who act as shock absorbers and stand as a tower of strength for the third world nations.

As the COVID-19 pandemic taking the whole world into uncharted waters and the economies that are built on sand are expected to receive a severe blow in aftermath of the COVID-19, the third world nations have to get their acts together to deal with the post COVID-19 international order.