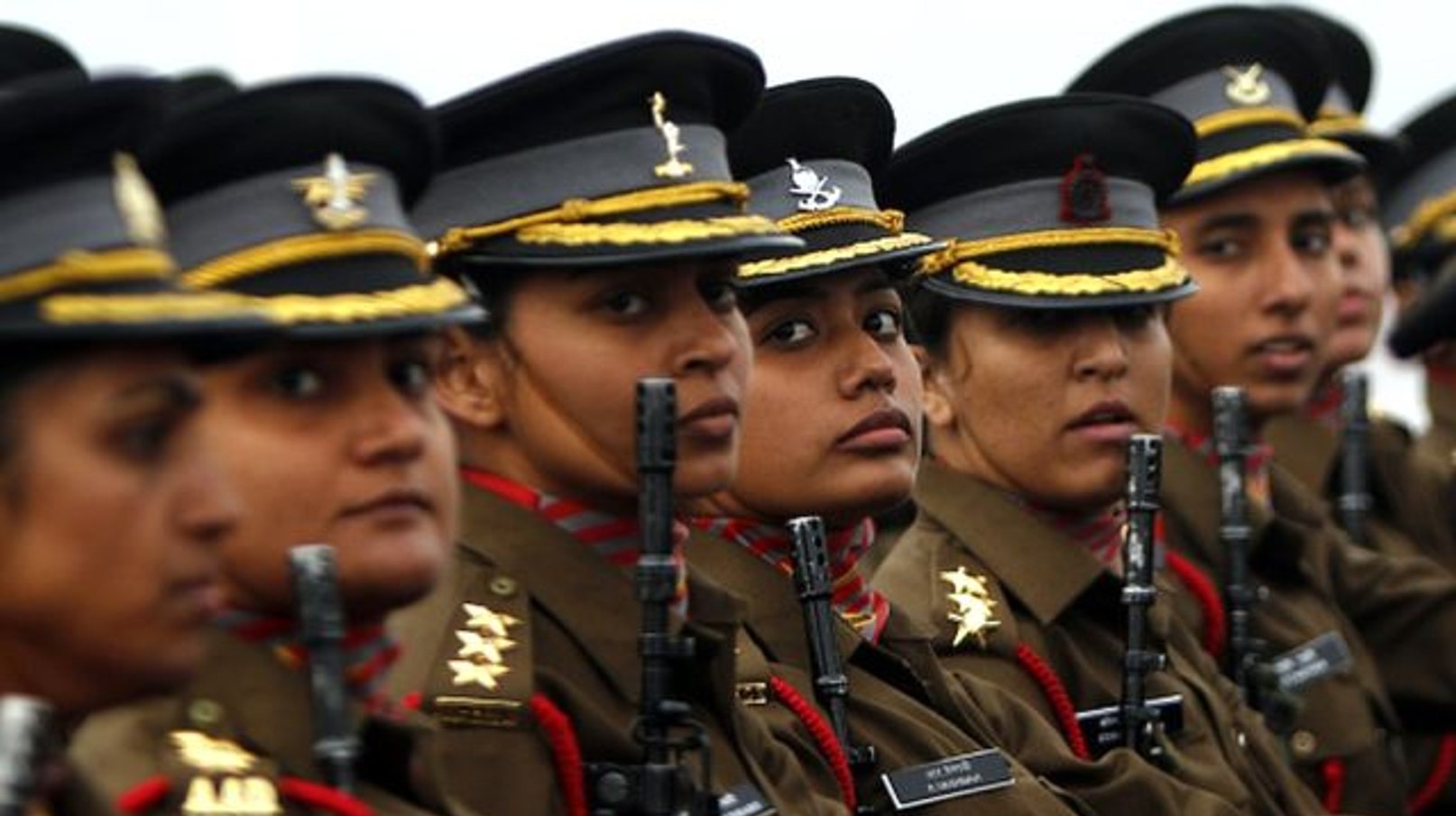 India has been ranked the fourth most powerful military power in the world after the United States, Russia and China and no doubt has an unstoppable and highly capable military power. But gender equality has been a challenge in the armed forces. The Supreme Court in February ruled that women could serve as army commanders, brushing aside the government’s stance that male soldiers were not ready to accept orders from female officers as “disturbing”.

The Centre had earlier informed the Supreme Court that women don’t fit into the command posts in the Indian army. As per the affidavit, the Centre has stated reasons such as patriarchal societal norms, family demands, over-exposing women officers to combat situations, Composition of rank and file being male who are predominantly from a rural background that are not mentally schooled to accept female officers in command. The following reasons go against gender equality and women empowerment in India.

The role of women in the Indian army began in 1888 when the “Indian Military Nursing Service” was formed during the British Raj. In 1992, women were first inducted into the armed forces as officers. India’s army totals to 1.2 million active personnel. Women were not allowed to serve in combat units such as the infantry, armored corps and mechanized infantry apart from the combat specialist forces like the Garud Commando Force, MARCOS, Para commandos and so on. But through the years, women have been inducted into various arms and branches of the three services. In 2015 India also opened new combat air force roles for women as fighter pilots in addition to inducting women as helicopter pilots in the Indian Air Force. The first all-women peacekeeping force for the United Nations was in 2007 that consisted of 105 Indian women deployed to Liberia. Women in Indian army make up 3% of the army as compared to 4.5% in China, 16% in the United States, 10% in Russia, 40% in North Korea, 5.5% in South Korea where women have taken senior military ranks and the country plans to increase the number of women serving in a senior position to 7% from 5.5% by 2020. In 2013, all combat positions were made available to women in the United States. The United Kingdom as well lifted a ban on women serving in close combat ground roles opening the gateway for them to serve in the elite special forces. In Israel, there has been an increase in women entering the Israeli Defence Forces (IDF) in the last few years. Israel is one of the few countries in the world to have a mandatory military service requirement for women and has a military draft. The other countries with a military draft include Morocco, North Korea, Tunisia, Mali and Eritrea. According to the 2014 UN report, India has the world’s largest young population so a change of mindset towards women is very much needed for the nation today. Its important for India to also introduce conscription of military service equally for both men and women that would instill a sense of belonging, patriotism and pride in the country. Most importantly, it should also be properly implemented and not just be left out on the paper.

Recruitment in the Indian armed forces is voluntary that means that every citizen of India is eligible irrespective of caste, religion, sex, etc. Young, bright and energetic women and men are the bulk of strength in the armed forces. In January 2020, the corps of Indian military police inducted the first batch of women military police to its rank and file that began training for 61 days in basic military training and advanced provost training who will train as per the same conditions, duties and terms pertinent to their male counterparts in Bengaluru, India. This, in fact, shows India is gradually moving for an optimistic change but more needs to be done. The Indian government should realize that the nature of warfare in the future is going to be completely different in contrast to the warfare what India has experienced in the past. For sustained growth, a strong nation like India needs to strengthen its military capability by inducting more women into military keeping in mind the changing domain of the battlefield.

Another important drawback regarding the non-inclusion of women in armed forces the Government of India recently mentioned were challenges of soldiers being taken prisoners of war (PoW) due to past incidents. The Geneva Conventions and additional protocols are considered the core of International humanitarian law; that contains the most important rules that regulate the conduct of armed conflicts in order to protect the PoW and wounded soldiers. Though the convention was adopted in 1949 after the Second World War, the four Geneva Conventions along with the three protocols added since 1977- continue to apply for armed conflicts today without the discrimination on the basis of colour, race, gender, religion or faith. The convention prohibits acts such as mutilation, torture, outrages upon personal dignity and execution without judgment and as per article 13 in the Third Geneva Convention, PoWs must be “humanly treated” at all times. Any country that doesn’t follow this and further goes on to endanger the health of a PoW in its custody would be considered as a serious breach of the present Convention.

It is quite clear that the women who have decided to serve in the military have chosen a tough path. Hence they have already proved their courage and spirit in moving forward and barriers such as PoW and so on shouldn’t come in the way. In the present day warfare, the most indispensable factor is controlling stress levels where it is scientifically proven that women handle stress better and are mentally tougher. Apart from that women have also done extremely well in physical training.

India, as a nation is striding towards a $5 trillion economy and giving importance to all sectors, is considered equally important for the country to play an epoch-making role to make the $5 trillion economy dream come true. The Defence is one such sector but the defence budget of 2020-2021 that was announced recently shows that the budget was only increased by 5.8%, a little of 2.1% increase when compared to the revised estimation of the previous budget allocation.

In a country like India, which aspires to be an emerging superpower in the future, discrimination on the basis of gender in the armed forces would certainly be a backlog for the country. Women should be considered on par with men in almost every aspect. Institutional and administrative policies such as transfers and maternity leave must be protected and given attention from time to time. There has to be a revamping on India’s attitude towards women, which would help in the overall economic growth, women empowerment and also showcase India in a positive light in the global arena.

I personally believe that apart from military diplomacy where the Indian army is looking for women language interpreters to understand the foreign language while conversing with other nations i.e. military to military and also with the recent pitching by India’s move to boost defence exports to become the world’s largest arms exporters, the armed forces and government of India must step forward to make such decisions in other recruitment arenas as well. India has produced many infamous women freedom and leaders since time immemorial. In the motherland of Rani of Jhansi, Capt. Laxmi Sehgal, Sarojini Naidu and many others it is a matter of time about creating the feminism power in the Armed Forces as well. With the recent judgment made by the Supreme Court, women will get the same opportunities and benefits just like their male counterparts in terms of promotions, ranks, and pensions and be allowed to serve for longer tenures. A positive sea change in society is required for further women empowerment, gender equality and also in keeping mind the national security of the country, which will definitely pave way for a better India.

2 replies on “Regendering Equality: Women in the Indian Armed Forces”