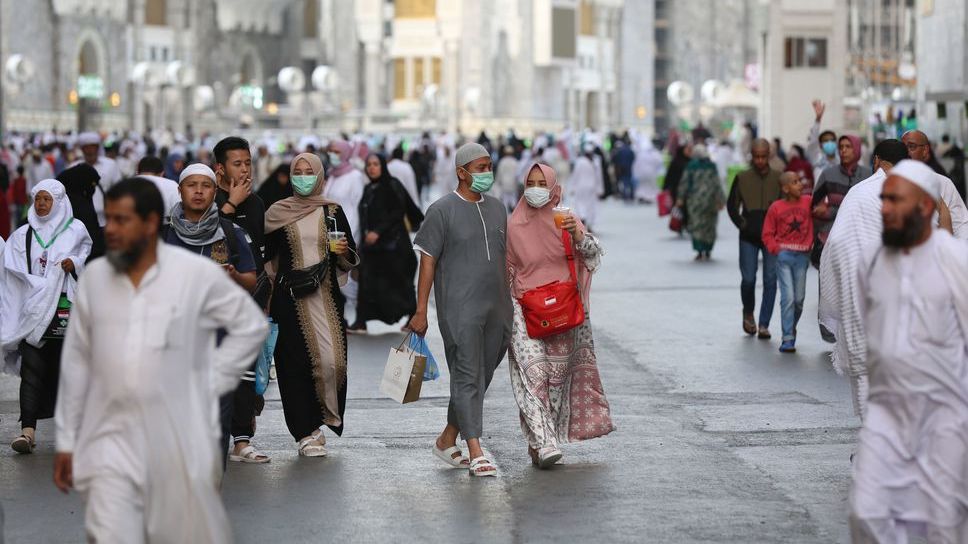 Since the modern Middle East came into existence in the aftermath of World War I, the region has been evolving as an intriguing conflict complex. The conflicting interests of the external and regional powers have accentuated the regional fault lines. Arab-Israeli wars, Pan-Arabism, Ba’athism and the Islamic revolution have produced a lethal cocktail for the politico-security landscape of the region. In the post-cold war, the US replaced its “Two Pillar Policy” with the policy of “Dual Containment” of Iran and Iraq, the subsequent invasion of Iraq and ‘Maximum pressure’ on Iran. In the last decade, the Arab spring, civil wars and the rising spectre of Jihadi violence with Al Qaida and ISIS to mention a few, have turned the region into a regional complex of multi-layered and multidimensional conflicts- within the states, between the states, between the regional powers and external powers.

The lethal global pandemic underway has put the whole world on hold as never before and put the governments and regimes in the region into the test to prove their capacity and legitimacy. The humanitarian work done by the non-state entities during the pandemic may earn public support and gain political legitimacy in the war zones like Syria, Iraq and Yemen in the absence of government machinery and their capacity. This can further diminish the weak states and regimes in the region and complicate the power structure and political stability.

The political regimes and political class buttressed by the foreign powers are under public watch during the pandemic lockdown. Sharp public criticism in Saudi Arabia against the Saudi-owned channel (MBC Network-comedy series called “Exit 7), praising Israel over the Palestinian forced the Saudi king, Salman bin Abdul Aziz, to reiterate that “The Palestinian issue was and is still the Arab and Muslims central issue and the first priority for the kingdom since its inception as it rejected any measure or type of occupation of Palestinian territories and stood steadfast by the side of the Palestinian people.” Thus the expansion plan of the new unity government in Israel in the West bank can bring the intractable Palestine question at the centre once again.

Thus, the COVID-19 response of the governments and regimes will determine the course of civil wars, conflicts and regime stability. The common GCC pandemic response mechanism and tracking system has considerably eased the GCC crisis. The humanitarian responses of Kuwait, UAE and Qatar to the worst-hit Iran appear to be a sign of the new realisation of regional spirit and cooperation. The Saudi-Iran rivalry can be on a mitigating track subject to the evolving Saudi-US relations. The Saudi-US alliance is purely a marriage of convenience based on mutual security and business interests. With falling oil prices, the US lawmakers are calling for a ban on oil imports from Saudi Arabia and the latter is on a “Priority Watch List” by the US for expensive piracy (Intellectual Property Right) carried out by its beoutQ channel system in the kingdom. The scaling down of US and its commitment has been pushing Saudi Arabia in a new realm of the security dilemma. The oil price war also hit the economic power of the kingdom. The reduced economic power of the Gulf regimes will deprive them of the capacity to ensure the involvement of the powers for economic revival and their security.

What this war infested and conflict-ridden region need is the de-escalation of conflicts and total ceasefire to cope with the unprecedented pandemic. The fragile and near absent health infrastructure needs immediate attention of the government and the aid agencies to prevent impending health and humanitarian catastrophe. The call of global ceasefire by the UN Secretary-General has not been received and found attention in the region. Only there is a conditional ceasefire in Yemen subject to numerous confidence-building measures by the parties involved. Thus the dire and disastrous consequences of the pandemic can have equal political ramifications leading to more instability complicating the future trajectory of conflicts and violence making security more difficult. It seems, therefore, that the pandemic may reduce the intensity of the civil wars and conflict for some time but the pattern will remain unchanged given the tenacity of the conflicting interests and demands.

Among the external powers, the US is already in the mode of scaling down which may speed up in the post-pandemic economic recovery and with the increasing geopolitical contest in the South China Sea and the broader Indo-Pacific. The Oil price war of Saudi Arabia and Russia has badly affected the oil market and the oil companies in the Gulf in particular. Such a course is at loggerheads with US interests and forced the US President to warn to reduce military sales to the kingdom. This hints to the potential syndrome of reduced security commitments of the US in the region and the countries. The pandemic has pushed the European countries into the abyss of the health and economic crisis and will remain busy to resuscitate their economy in the continent. The Russian political willingness will be limited by its sanctioned economy under the pandemic and oil price crash. The monopolistic economic pursuit of the Chinese is at loggerheads with the vision of economic diversification of the countries in the region.

The multilateral arrangement of security may assume shape through the crisis in the region in the post-COVID-19 period. The “Collective Security Concept for the Persian Gulf” in August, 2019 by Russia for creation of new multilateral security structure and cooperation in the region which included Russia, China, the United States, the EU and India besides the Gulf States and other stakeholders as observers or associated members was presented to ease the spiralling tension between Iran and the US verging on hot conflict. The proposition has the chance of gaining momentum with challenges and responses to the pandemic in the region.

Among the proposed, India assumes the significant mention. It was an important moment for India to be accepted as a responsible power for the security of the region. The 9 million-strong Indian diaspora in the Gulf provides India a peerless soft power and the necessity to engage as a responsible power and stakeholder for the security of the region. It must utilise the multilateral platform to mitigate the conflict syndrome as a leading member to position gradually itself into a dominant role in managing the potentially disruptive role and efforts of Pakistan or any other.

The “Extended Neighbourhood Policy” of the Modi government and its diplomatic outreach has brought the region into the close orbit of Indian influence and power. India’s vision of ‘Five trillion Economy’ is compatible with and complementing the vision of ‘Economic Diversification’ of the Gulf States with mutual investment and trade. The onerous evacuation exercise, therefore, must be undertaken in consonance with long term interests of India and the requisite and evolving security concerns of the region. The pandemic crisis can become a historic moment for India to position itself as a dominant power of multilateral security system in the region.