Amidst COVID-19: Political Instability in Nepal 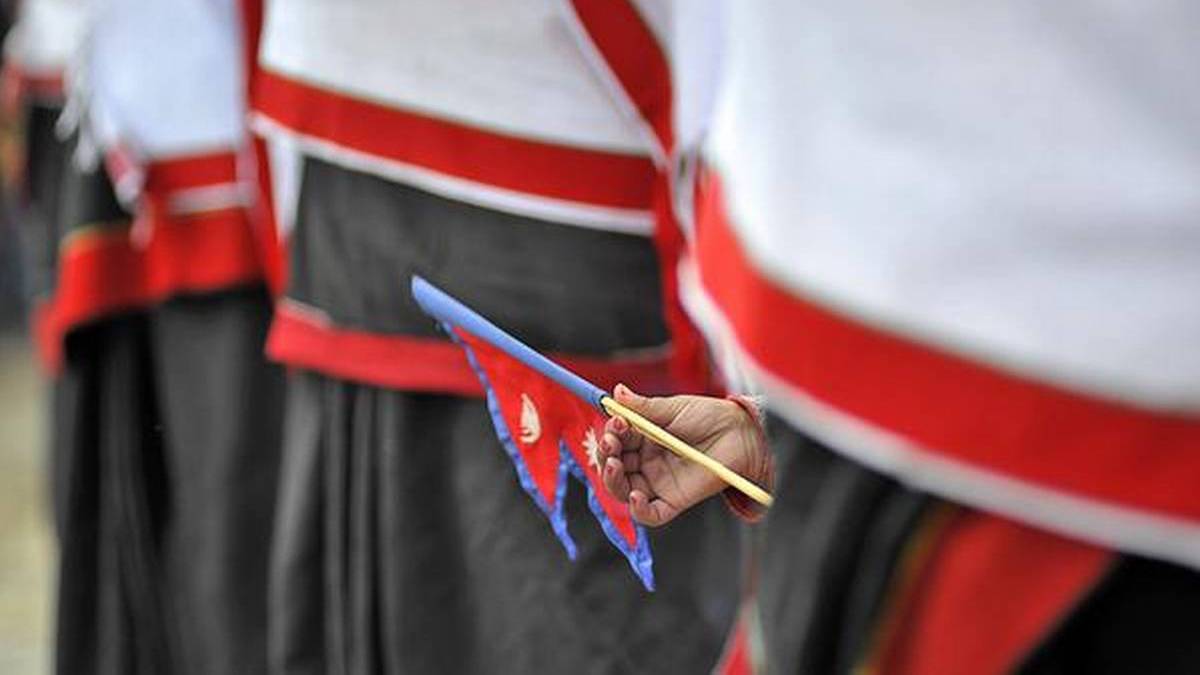 With the increasing number of COVID-19 cases, countries across the world are either under lockdown. As a result, regular Government and public businesses have come to a halt, and the focus has shifted to containing the COVID-19 pandemic. Meanwhile, in rare events, South Korea and Israel conducted their national elections and a country like Burundi in Africa is preparing to hold national elections amidst criticism from International Organisations for defying social distancing during election campaigns. On a similar note, the next-door neighbour Nepal is caught in a political turmoil amidst its fight against the COVID-19 epidemic.

On April 20, Nepalese Prime Minister KP Sharma Oli introduced two ordinances, entirely unrelated to the COVID-19. The ordinances were introduced under Article 114 of the newly implemented Constitution. The first Ordinance was introduced to amend the provisions in the Political Parties Act which mandates- in order to split, a political party requires 40 percent support from both the Party Central Committee and Parliamentary Party and with the amendment. But with an amendment in place, a party needed only 40 percent from any of the two. The second Ordinance was related to ease the process of appointing the office bearers of the Constitutional Council.

The two Ordinances were recommended for President’s approval at a Cabinet meeting held at Prime Minister KP Oli’s official residence on April 20, 2020. The ordinances were approved within hours of the Cabinet meeting by President Bidya Devi Bhandari. As soon the approvals were announced officially, it spiked a wave of criticism, anger and panic across the ruling Nepal Communist Party (NCP). Oli received flak as the decision was taken without consulting the top brass of the Nepal Communist Party in co-chair. The NCP co-chair Pushpa Kamala Dahal asked the NCP Chair and Prime Minister – KP Oli to appear before the Secretariat Meeting to explain the matter.

Also, opposition to ordinances within the Cabinet was completely ignored including by the Foreign Minister Pradeep Gyawali and Agriculture Minister Ghanshyam Bhusal. While Oli called it a need of the hour to ensure smooth functioning of the democratic practices in the country, several members of the NCP’s Central Committee Members and Oli’s old comrades including former Prime Ministers Madhav Kumar Nepal, Jhal Nath Khanal, and party man Bamdev Gautam called it undemocratic

Amidst criticism within the NCP and pressure from the co-chair of the party to respect the principles of the power-sharing, the two Ordinances were repealed and withdrawn by the President on the recommendation of the cabinet. By withdrawing the two Ordinances, KP Oli might have bought some time to himself in safeguarding his position as the Prime Minister. Still, considering the power equation within the NCP, the margin of support remains pale. In the party, Oli is losing cadre support on a daily basis due to his imposing behaviour, unilateral decision-making process, side-lining the party co-Chair in party affairs and avoiding veterans of the NCP. With these self-made challenges, Oli has been holding onto the fear that the co-Chair of the NCP- Dahal might challenge his position and a potential coup d’état will bring his political career to a close.

Going by the numbers, out of total 174 lawmakers from the Nepal Communist Party (NCP), Maoist fraction under Dahal has 53 members and rest members of the Oli fraction remain largely divided between Oli and Dahal. In case Dahal attempts to withdraw support or split the party, Oli will require support from other parties to save his Government. Hence, by introducing the new Ordinance, Oli had planned to align with the fourth largest party in the parliament- Samajbadi Party, which was further seeing a split. With the Ordinance in place, Samajbadi fraction led by Renu Yadav would have merged with NCP and provided a comfortable majority in case Dahal was putting the calculations upfront.

However, instead of splitting, the Madhesh based Samajbadi Party merged with the Janta Party to form a new party- Janta Samajbadi Party, which is now the second-largest opposition in the Parliament after Nepali Congress. Therefore, a failed attempt by Renu Yadav to split Samajbadi Party and criticism from all across party lines, Oli’s plan failed to garner him new hopes of survival. Meanwhile, the withdrawal is seen as a victory of the Dahal camp which includes co-chair Pushpa Kamal Dahal, party veterans Madhav Kumar Nepal, Jhal Nath Khanal and Bamdev Gautam. Importantly, NCP General Secretary has also joined Dahal which leaves Oli with just one confidant Ishwor Pokhrel, who is the current Secretariat Member of the NCP.

Noteworthy, soon after the 2018 National Elections in Nepal, the newly formed NCP had struck a majority in the parliament. Election outcomes were the result of Oli’s political foresight where he had not only aligned his erstwhile Communist Party of Nepal (Unified Marxist Leninist) with the arch-rival Maoist Party led by Pushpa Kamal Dahal but also merged the two to form the Nepal Communist Party. As part of the power-sharing during the merger, Oli and Dahal held the positions of the Chair and Co-Chairs of the NCP respectively. The position of the Prime Minister went to Oli for an initial two and a half years, and later Dahal was supposed to reign the rest. With Oli holding the Office of the Prime Minister, Dahal has continued to build trust among the confidants of Oli camp.

Now, after two years in power, Oli administration has miserably failed at Governance as well as differences within the NCP and between two-party Chairs are wide in the open. On the governance front, Oli is accused of misusing his power position in appointing his close confidants for several important posts, granting contracts, and allowing Chinese influence in Nepalese politics and business. The poor handling of the COVID-19 epidemic has further worsened his position in the country. While the country lacks substantial health facilities, the recent cases of corruption in procuring poor quality health equipment to fight COVID-19 have made the headlines.

At present, NCP and Secretariat members are demanding a Standing Committee meeting of the NCP. In the Standing Committee, Oli is supported by less than 15 members of a total of 44 members. Despite repeated demands, Oli is avoiding to call the meeting, and in case the meeting takes place, Oli may lose the Office of the Prime Minister, and the NCP may decide on new leadership, probably naming co-Chair Dahal as new Prime Minister.

KP Oli is a veteran of the Nepalese politics who spent years in fighting against erstwhile Monarchy followed by holding the positions as Home Minister in 1994 and then Prime Minister in 2015. However, he earned a name to himself after accusing India of the alleged blockade at the India-Nepal border in 2015, and it eventually gave him mass public support. His victory in 2018 was the product of his nationalistic posture, but his favoritism and unilateral means of Governance are forcing the country into prolonged political instability. The country has already witnessed a decade-long Maoist Movement followed by acutely unstable politics which saw more than ten Prime Ministers in ten years. Hence, amidst the COVID-19 health crisis, a leader like Oli needs to work along with the party leaders, including Opposition. This is a time for Nepal to plan and execute a roadmap to contain COVID-19 cases and sustain its people in the post-COVID-19 phase, not a time to priorities political differences.