The Fallible Intricacies of Humanitarian Intervention 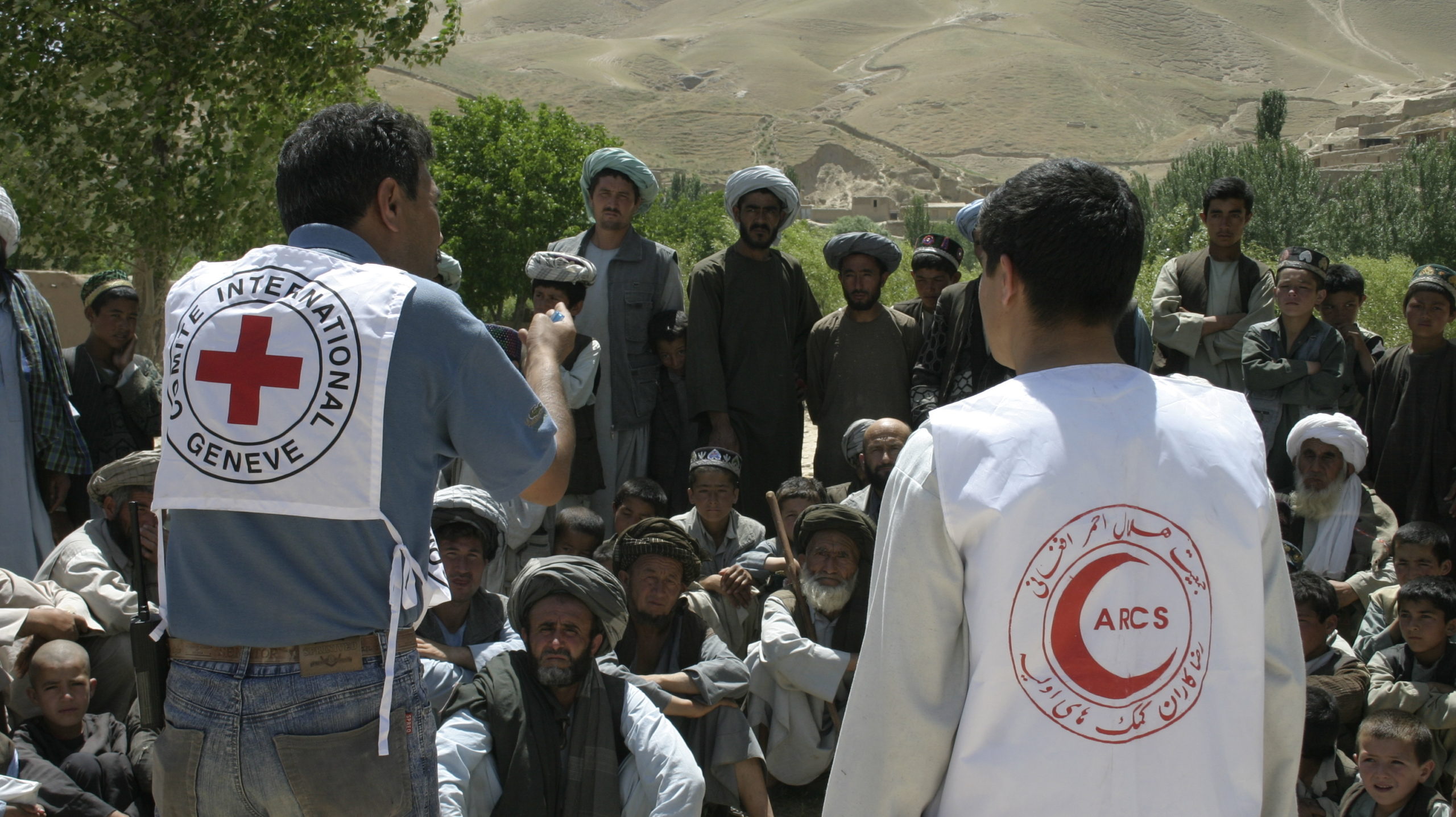 Humanitarian Intervention, as we know it today, has been a concept effectively used by nation-states and international organisations, mostly in the domain of international affairs. As it is speculated and understood, effective instances of the jargon have been put to use back in 480 B.C when the Kingdom of Syracuse led by Gelon intervened in the Carthaginian practice of child sacrifice to God Saturnor, or when in 1860, the combined efforts of six countries saw a mobilization of 12,000 odd troops into the then Ottoman-controlled Lebanon, to intervene in the massacre of the Maronites (Alynna, 2009).

However, in modern times, what has been the potent reason for the creation of such a system of intervention? Has the modern international political system bracketed by internal policies, international exchanges, and hence crisis managed to form a proper international concern towards the issue that clouds the judgement required to deliver a sound humanitarian intervention in a region marred by conflict?

The international order is no stranger to the fact that the world, for the last three decades, has seen extensive human suffering. The majority of this is a result of traditional security threats involving perils from human to human itself, i.e. ethnic cleansing, civil war, government aggression, political instability, and forced starvation. The struggle to tackle these man-made but rather unpredictable crises resulted in the norms and practice of humanitarian intervention. However, down the line, as the world progressed, the concept faced unavoidable controversies in the field, where the act of saving a harmless unknown presented an unavoidable danger of intervening in another country’s sovereignty, thoroughly protected by the Principle of Sovereignty in the Treaty of Westphalia, and Chapter 1 (Article 2) of the United Nations’ Charter. Moreover, with every passing decade, the record of engagement of the international community in crisis became mixed, implying its topsy-turvy history in the urgency to act responsibly. Nevertheless, as the world rests its ambiguous ambitions to protect human rights and respond to suffering under the ambit of humanitarian law, the norm of birthright sovereignty of states as it is widely believed was initially ignored to make humanitarian intervention a more accepted practice, even if legally it raises eyebrows, sceptical about its long-term authenticity.

The 1990s witnessed the rise of legal precedents for humanitarian intervention without prior permission from the affected nation. It started in Iraq, where the United Nations Security Council passed Resolution 688 of 1991 to enable urgent assistance against humanitarian crisis facing the Kurds (UNSCR, 1991). It led to the mobilisation of a huge military force aimed towards providing assistance to over 500,000 refugees and was code-named “Operation Provide Comfort” (Ricks, 2017). Few years later in 1993 a similar effort, albeit infamous, was seen in Somalia, led by the USA to end human suffering, and was code-named “Operation Restore Hope”. Unlike the situation in Iraq, the situation in Somalia moved beyond the imperative of relief, to the use of active, coercive military force to restore order (Robinson, 2001). This, in turn, changed the terms of humanitarian intervention, which bypassed state sovereignty, and called for an integrated multilateral response. However, as the term was gaining wide repute, the events of Rwanda, Bosnia, and Kosovo, and currently entire West Asia, marred by unilateral action or no action at all, has again put a question mark on this sacrosanct initiative, which the international community till now is unable to answer.

In 2001, led by Former UN Secretary General Kofi Annan, the International Commission on Intervention and State Sovereignty (ICISS), respecting Article 55 and Article 56 of the UN Charter, again drew the world’s attention to legitimizing intrusion upon state sovereignty as the necessary protocol to protect its citizens. Responsibility to Protect (R2P), as it was called, it established several criteria for international involvement, mainly – large scale loss to life with genocidal intent; deliberate state action leading to neglect; inability to act; failed state situation; ethnic cleansing by killing; forced expulsion or rape. Implying at sovereignty to be a responsibility and not just power, it called for a minimum content of good international citizenship, and coercive intervention for human protection, rejecting the idea of unwarranted unilateral action. R2P however, did not at any cost license self-motivated aggression under legal language nor did it provide a rationale to strong states for strategic expansion.  However, did the norms became successful in creating a failproof policy of intervention?

R2P, in modern times, suffers from operational lackluster fuelled by the lack of commitment from stronger, more capable states. These states raise questions against actual obligation for involvement, as it provides them no selfish incentives, which affects the consistency promised for humanitarian intervention. The political will and motivation surrounding the new world leaders has created a picture of a slow, politically backlashed picture of intervention, which is surrounded by more rhetorical optimism than pragmatic on-field records.

At this point a preliminary model to create situations conducive for international and domestic milieu for humanitarian intervention is highly needed. This will create an environment of what can be called as “Global Good Samaritan” (Alynna, 2009). It should stress on the basic framework of humanitarian intervention to create a dynamic chain between institutional and non-institutional influences to determine the creation of humanitarian involvement. This will cancel all the negativity that is presumed as self-interest in the system, which if we look at the case of US and Russian intervention in Syria, holds true. The Global Good Samaritan policy will also create a system of accountability, which will focus more on curbing the crisis, rather than imposing power, as it will create a bandwagon effect where the public, with the help of media, will look for positive results to end human suffering. These potential factors will cut down on hidden secondary motives and help researchers to use these factors as dependent and independent variables to get thousands of post-positivist probability for a certain situation.

In the very end, the question of scepticism and apathy towards R2P still looms large as many nations from Global South look at it as a West created, West propagated imperialism to meddle in their internal affairs. It has been described as a western strategy of neutralizing its enemies, pushed by realpolitik, and self-interested pursuits”. Apart from that, the growing reluctance among states from Global North to commit resources for this, followed by a dip in the UN’s popularity and a clash between ideals of UN, EU, NATO, and AU, has resulted in rising expectations, but less substantial supply. The ever-rising tension to sovereignty, followed by new definitions to humanitarian intervention, characterizing a shift from short term to systemic root-oriented involvement has made the politics around it a very thin bubble, ready to burst with a pin of high vulnerability and volatility. The issue of collective paralysis mentioned herewith, non-obligation to the UN, unchecked veto powers, and an increased unilateral commitment to pursue self-motivated goals much against the ideals of R2P has kept the future of humanitarian intervention in never-ending darkness and beyond the understanding of its audience.

Sabyasachi Biswal
Author is an alumnus of the prestigious School of International Affairs at O.P. Jindal Global University – India. He has completed his master’s in Diplomacy, Law, and Business with a specialisation in Conflict and Peace Studies. His academic interest lies at interfaith and intercultural conflicts, peacebuilding theories vis a vis political dynamicity of the Middle East.
Tags:
MiddleEast World Health Organisation United Nations Conflict Humanitarian Cooperation
Share:
Share this...