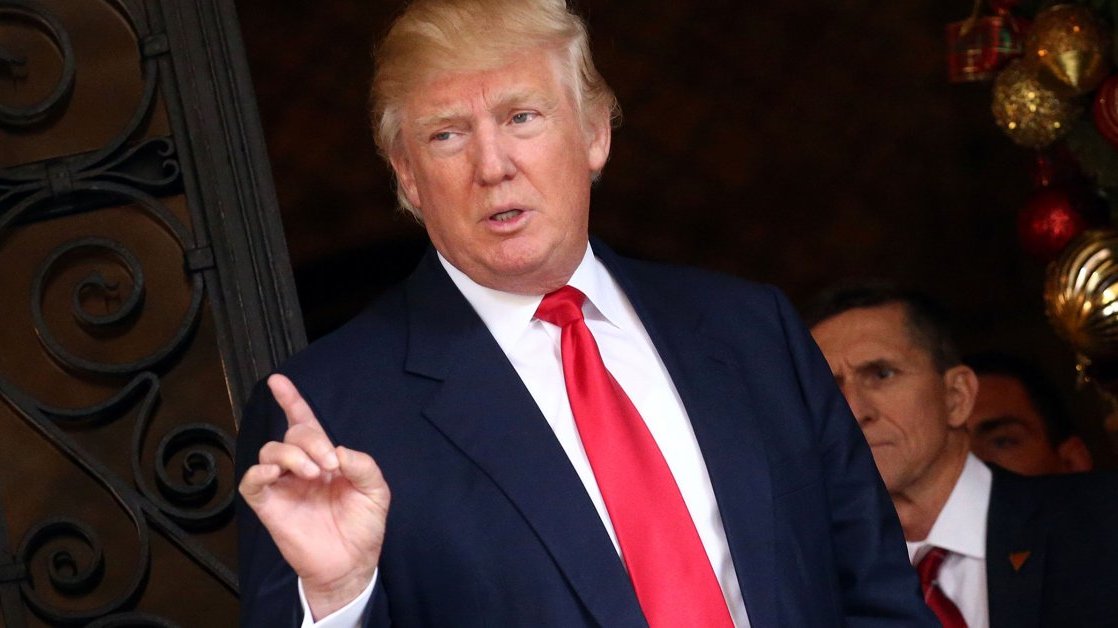 From its inception, the Trump administration has had three objectives in relation to Israel and the Palestinians. The most important of these has been to “change the paradigm” of peacemaking. U.S. Ambassador to Israel David Friedman indicated this in a February 11, 2020 presentation at the Jerusalem Center for Public Affairs, and this has been a theme in many of the public pronouncements by Trump’s advisors. Their view, echoing that of the president, has been that all previous peace efforts have failed and that they know best how to make a good deal.

The second objective has been the marginalization of the Palestinians as an actor with a critical stake in the conflict. The administration has done almost everything possible to deny Palestinian agency and standing. The administration shuttered the Palestine Liberation Organization (PLO) office in Washington and the American Consulate General in Jerusalem, thereby closing the two most important formal channels of communication with Palestinian officials. Administration officials also denigrated Palestinians through an almost daily bombardment of criticisms — for example, the Twitter barrage by Jason Greenblatt, the former Trump envoy.

Perhaps the most far-reaching objective of the administration has been to change the situation on the ground and to remake the way American officials are supposed to talk about the conflict. Not only did Trump move the U.S. embassy to Jerusalem, but he also declared that Jerusalem was off the table: “We took it off the table. We don’t have to talk about it anymore.” Secretary of State Mike Pompeo announced the administration’s view that “[the] establishment of Israeli civilian settlements in the West Bank is not per se inconsistent with international law.” This statement — made without releasing the legal arguments employed to justify it — cast the United States as an outlier on this critical issue. The administration also reportedly advised against calling the Occupied Palestinian Territory “occupied,” thus adopting an Orwellian approach to the use of language to try to obfuscate reality.

For three years, the administration refused to articulate support for a two-state solution, and when it finally did in Trump’s “vision,” the Palestinian state is envisaged as comprising six cantons totally surrounded by Israel and stripped of almost every attribute of even a minimal definition of sovereignty. To add a certain mockery of reality to this already fraught mix, the administration also recognized Israel’s annexation of the Golan Heights, notwithstanding the statement attributed to then-Prime Minister Menachem Begin that he would not use the word “annexation” to describe Israel’s decision to extend law, administration and jurisdiction in Golan.

In other words, the administration never intended to advance a serious peace proposal or even to advance a new paradigm to replace what every administration before Trump had adhered to. Indeed, the idea of a plan appeared to be conceived as an illusion to provide cover for what the administration was actually doing on the ground. Diplomatic actions and the creation of facts on the ground; words that obscured the real situation on the ground; and blatant bias against one of the two parties in this protracted conflict — these have constituted the underlying strategy and objectives of Trump and his advisors. If nothing else, they have given lie to the pretense of the United States as an “honest broker” in the resolution of the Israeli-Palestinian conflict, and they have provided a pathway, complete with a promise of U.S. support, for Israel’s annexation of large areas of the West Bank.

Administration officials, including Jared Kushner, have urged Palestinians to engage on the “vision,” noting that the U.S. team might be amenable to accepting some Palestinian amendments, but that the plan would move ahead with or without their inputs. Last year Kushner ruled out the Arab Peace Initiative as a basis for making peace: “I think we all have to recognize that if there ever is a deal, it’s not going to be along the lines of the Arab peace initiative.”6 U.S. officials have also warned the Palestinians that, unless they engage on the terms of the U.S. vision, Israel will be allowed to start implementing the vision’s elements as Israel sees fit.

The “Vision” and Its Reception

Against the backdrop of this strategy and these objectives, the release of the Trump “vision” was clearly something of an afterthought. The timing of release was dictated not by a substantive or strategic calculation but rather by the administration’s hope that it would boost the political fortunes and election chances of Benjamin Netanyahu. Indeed, it is inconceivable — though perhaps true — that the officials working on this issue in the Trump administration could have believed that anyone would take the vision seriously. This issue of Palestine-Israel Journal and dozens of articulate evaluations by real experts and professional diplomats have provided all the evidence necessary to understand how foolish the “vision” is.

Thus, there are two important questions: What should the international community and the Palestinians do, and what impact will this vision have on future U.S. policy? Frankly, international opposition to the “vision” has been tepid, giving the administration reason to believe that some might actually see merit in it. The administration’s team has pointed to private expressions of interest among some Arab leaders, and others and have argued that public statements of the Arab League and the Organization of Islamic Cooperation were pro forma and not to be taken seriously. Trump’s advisors have similarly dismissed critical statements by the European Union and individual European leaders.

Clearly, conflict fatigue has set in, and the Palestinian issue is not as central to Arab state concerns as it has been over the years. Some Arab states are also caught in the messy and as yet unresolved challenges of the 2011 Arab revolutions, and most of their energies are concentrated at home. Some other Arab states are equally caught up in meddling in the affairs of others in the neighborhood, whether in Syria, Yemen or Libya. There is thus less political will for many Arab states to take up the banner of Palestinian rights, self-determination, and statehood.

The Palestinians themselves are also beset by internal divisions and an almost complete absence of creative leadership. President Mahmoud Abbas (Abu Mazen) lambasted Trump’s vision at a February 20 emergency meeting of the United Nations Security Council (UNSC) and called for an international conference. However, the Palestinians have done no forward-looking diplomacy to advance their ideas. This was on full display during Abbas’ previous appearance before the Security Council, when he delivered a speech and then exited the Council chamber without bothering to listen to any comment from other speakers. In the perception of most people, there is no Palestinian peace plan on the table, only a series of statements rejecting the ideas of others.

What is clearly needed, therefore, is a categorical rejection of the Trump “vision” by the international community and the articulation of a serious peace proposal by the PLO. A good place to start would be the publication of a map showing how Palestinians define their state in the West Bank, Gaza, and East Jerusalem; the map should also note acceptance of “swaps,” that is, allowing Israel to keep a small number of settlements blocs adjoining the “Green Line” while receiving from Israel equivalent quantity and quality of land in return.

Third, the PLO should find a way to revive the ideas that were under consideration during the 2008 negotiations involving former Israeli Prime Minister Ehud Olmert and Abbas, ideas that reportedly were far-reaching but to which the Palestinians did not respond at the time. To be sure, the Palestinians argue that since Olmert was about to be indicted, it was not a propitious time to consider concessions, and they say that a planned visit to Washington to discuss the Olmert ideas was interrupted by the outbreak of war in Gaza. Thus, while it is challenging to recapture a historical moment that did not come to fruition, this is the time to try to do so.

Such public moves by the PLO, underpinned by active diplomacy and supported internationally and in the Arab and Muslim world, would represent a strong counterpoint to the “vision” put forward by the U.S. Administration. Because the U.S. under Trump would not support the PLO’s actions, it is unlikely that there would actually be movement toward resuming negotiations right away. However, the PLO would have challenged the Israeli public and the U.S. to consider a far more realistic and honest way to move forward.

As long as Trump is in office, the poorly conceived Trump “vision” will remain U.S. policy, notwithstanding its unrealistic and one-sided content. There is a need, however, to think beyond Trump, to a time when U.S. policy can be reset on a more reasonable course. There are two ingredients necessary to do this.

First, the next administration needs to reverse as many of Trump’s actions on the ground as possible. The next administration should pursue the legal and/or legislative ways to reopen the main channels of communication with the PLO — namely, the PLO office in Washington and the American consulate general. The Palestinians must hear not only that Jerusalem is back on the table but also that the U.S. will support the principle of East Jerusalem — whose border will be subject to agreement in negotiations — as the capital of the Palestinian state and will locate the U.S. embassy there.

The next administration will also need to find ways to resume aid to the Palestinian Authority (PA) and the UN agency that provides assistance to Palestinian refugees. This will require building support within Congress on legislation where required.

Second, the next administration will need to articulate a clear policy to restore sanity to American policy for resolving the Palestinian-Israeli conflict. There are at least six critical requirements in this regard:13

What Needs to Be Done Now?

The Palestinian and U.S. agendas outlined above will be irrelevant unless several actions are undertaken immediately to stem the deterioration of the situation on the ground. At least two things must not happen in the period ahead. First, the international community and the supporters of peace in the United States must send a clear message to the Israeli government against annexation — whether the large-scale annexation envisaged in the Trump “vision” or annexationist steps that link settlements and outposts even more closely to the Israeli legal and administrative system.

Second, more specifically, Europe, Russia, China and Arab states must put up a large “stop” sign — with clear consequences for speeding through without stopping — regarding possible Israeli plans to build up the areas of E1, Givat Hamatos and Atarot. Any Israeli activity in these areas could foreclose the possibility of dealing with the Jerusalem issue in the future.

This article was originally published in the Palestine-Israel Journal (www.pij.org).