India’s Need for an Iron Fist: Lessons from South Korea 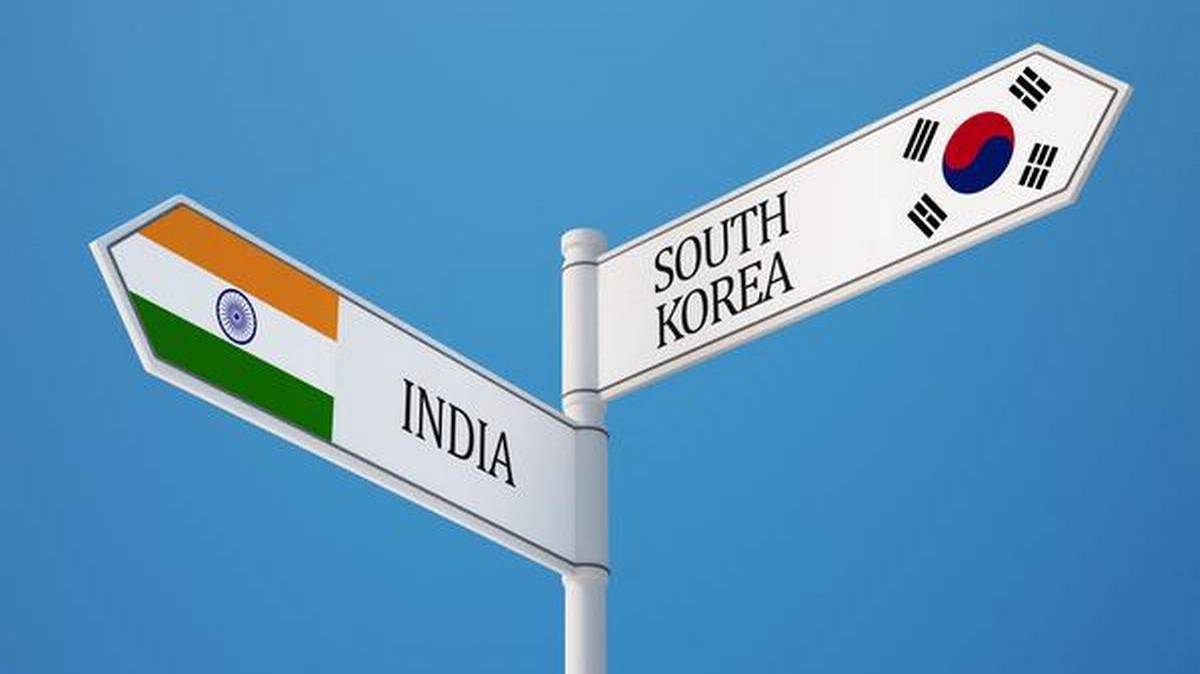 India is undoubtedly seen as a young and growing economy, a hub of human resources, cheap labour, a talent pool, vast land, a sub-continent with huge potential of production and trade. All these sum up the qualities which foreign private investors seeking a destination to outsource their business and India has a wide sector of industries outsourced by several foreign conglomerates. However, the rate at which India is supposed to benefit from these investments, its potential is not aligned with what is in paper, in fact comparatively less compared to many other small nations which did not even have the resources for an economy. The best example is the way how South Korea transformed its small and poor economy into one of the biggest in the world, that too in a short time. Given South Korea’s limited geographical size, natural resources and population, the rate at which they expanded their wings over economic development is surprisingly a miracle.

South Korea started as an agriculture-based economy in the 1960s, and it became the 12th largest economy in the world in terms of GDP in 2019. Many studies attribute South Korea’s structural transformation to policy reforms aimed at opening the country to foreign markets. The capitalist developmental state of South Korea played the most vital role in making the Korean economy vibrant. Other than the export-oriented policies of South Korea, the developmental state which created a favourable and improved business environment along with policies incentivizing investments in innovation also played significant roles in the rise of the Korean economy.

The meritocratic society which always looked for sheer hard work accelerated the innovations in South Korea. The hard state politics which searched for innovations from the private sector through incentives, along with adequate land reforms with both the land owners and landless in minds, acted as a catalyst for the business firms to rise. In fact, the state-supported the job creators in the economy, and created a realm of Chaebols; the top 10 Chaebols account for 67.8% of South Korea’s GDP. However, the hard state is often criticised for being biased to these groups; which is often replied to with the capitalistic intentions of the state, and the numbers which prove how much they have benefitted from being biased to such wealth creators. A socialist state would always criticise such measures for not letting young entrepreneurs grow, or even shutting down firms if they go against the state’s interests. But being a capitalist state, profit motives are always up ahead the list, and despite the social constraints it would create, the economy would always benefit paving way for better standards of living.

In the Korean rise, the most important step ever taken was done by Park Chung-hee on laying his iron fist to build the economy, rather than going after history or culture. He created the developmental state for South Korea, the platform for its own business groups to grow, innovations to rise, opened up the markets for foreign investments, provided skill and demand for its own human resources, even the land reforms, which eventually ended up in the Asian miracle.

A strong business environment fosters growth in the domestic market and attracts foreign investors. According to the World Bank, South Korea is ranked at the 5th position in terms of the overall Ease of Doing Business index in 2020. South Korea dominates in the ease of starting a business and enforcing contracts. All these play a significant role in encouraging investment, production, communication and eventually economic growth. South Korea has devoted extra attention to technology development and innovation to promote growth. Innovation and technology are the key factors that have underpinned South Korean export competitiveness and fuelled the country’s remarkable economic rise over the past decades. Moreover, the spending on research and development by the Korean government is huge and has very much benefitted a lot in their economic rise. The intensity of R&D in Korea is almost in par with that of United States and Japan. Meanwhile, the rate of spending in R&D in India is too less with respect to the potential which Indian human resources occupy. The environment favouring a new business start up in India, investing on a new platform or firm, the risk-taking attitude by the Indian state itself is very less likely to happen, due to several reasons; as in the political corruption, social constraints, socialist ideology, pressure groups and many more.

Rajiv Kumar, director and Chief Executive of the Indian Council for Research on International Economic Relations, on his visit to Seoul in 1984, realised the three important reasons for a country’s economic growth. First, countries and firms cannot succeed in a fiercely competitive global economy unless industry and government worked closely together to achieve national goals. Second, developing countries should not be unduly concerned about national pride and national brands as long as they can generate the necessary employment for a young workforce by successfully attracting the necessary technology and foreign direct investment. Third, a country is only as good as its human capital.

Koreans had been working on these three factors upon meritocracy, meanwhile, the mismanagement of socialist ideology prevailing in India seeks disparities to rise, and the mismanaged public sector is creating burdens and a hindrance to Indian economic growth. The large diverse population which is unskilled is no use of human capital. The government and industry are still not working together for a common aim.

The gap between the Indian industry and education is on the rise which embarked a huge increase in unemployment. The amount of skilled labourers produced is marginally low and are unable to find themselves incorporated into the market and industry opportunities which India provides, leading to a huge brain drain. They would work abroad with a higher standard of living and earnings. The state is unable to provide the same in Indian context compared to the skill they received. The corruption from the state level, representatives being busy filling up their own pockets, often led to the neglect of this gap of industry and education. Most importantly, unlike in Korea, culture overwhelms economy in India as it has become the greatest source of electoral gains. The mismanagement of policies led to the improper utilisation of Indian assets and resources, which Indians still suffer to make use of. The lack of proper infrastructure, increasing poverty and unemployment, discriminatory societal system and norms, all point towards a failed state.

However, India does have enough potential to rise with all the richness it has on resources front. The foreign investments already increasing with many private entrepreneurs to outsource to India is signalling India’s cheap labour potential. Moreover, the quality of skilled labour’s produced by Indian institutes are increasingly high, however, as mentioned earlier, the industry-education gap leads to brain drain from India leaving behind unskilled low wage workers in India. If India can try to reduce the brain drain, provide proper incentives, and invest more in research and development, India can undoubtedly rise above its potential. All it needs is a hard state which is focused on economy and development rather than culture and religions. Moreover, India is still not ready to compete in the global market even after decades of independence, which is visible through the policies of protectionism the government is focusing on rather than investing more in improving the conditions of the domestic business environment to compete globally. This incompetency can be taken away with proper policies of an iron fist as seen in the case of South Korea and other Asian tigers. However, the nature of liberty consciousness is totally different from India compared to these Neo-Confucian states. India can only learn from the practices they have made, and its implementation requires further detailed study. India can also look up to the Scandinavian countries in the development pattern they have.

What India can do is to place an iron fist over some pragmatic policies, as in to reduce the gap between education and industry, provide skilled labour, and create demand for Indian labourers. The demand for labourers should be created within the Indian economic realm, in order to prevent brain drain from the country, by working hand in hand with the industrial sector. The education-industry-government trio would play the fundamental foundation for boosting economic calibre and acumen. All India needs are some policies which are beneficial for the development of living standards and infrastructure, so that quality increases. Incentives should be provided to retain the talents within India, by providing enough quality of life and an investment-friendly environment.