Diplomatist > World > A State of Flux in the World Order

A State of Flux in the World Order 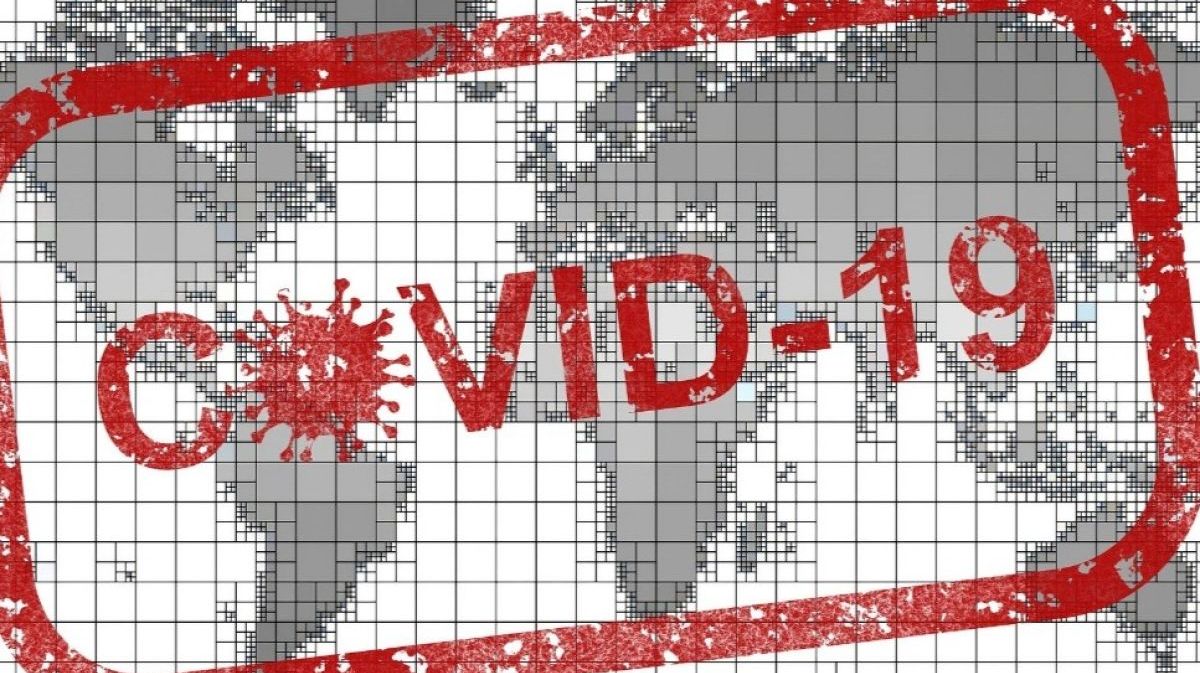 Most of the world population, natural resources, and economic activities are located not in the western hemisphere but in Eurasia. This basic feature of world geography lead U.S. strategists and policymakers to pursue a goal of preventing the emergence of a single, independent, or multiple dependent hegemons in Eurasia. According to President Donald Trump’s 2017 national security strategy, page 4, “the U.S. will compete with all tools of national power to ensure that regions of the world are not dominated by one power.” (read: The Grand Chess Board, American Primacy and its Geostrategic Imperative, Zbigniew Brzezinski, 1997). The emergence of such a reality (a single, or multiple Hegmon(s) in Eurasia) would represent a concentration of power large enough to be able to threaten U.S. vital interests in the region and globally. This will be the major driver of U.S. dynamism on the world stage and will continue to dictate the U.S. perspective on geopolitics and grand strategy in the post-pandemic world order.

Equally important, since the treaty of Westphalia, Russian diplomats believed in the doctrine of the balance of powers where different countries live and let live.  They strongly believed that the strategic equilibrium is a balance of powers where no country interferes in the domestic affairs of other countries and that this condition should be the state of affairs maintained on the international plane ad infinitum.  Over the past several years, Russian strategic intentions, imperatives and goals are to increase their sphere of influence in a multi-polar world by territorial expansion of their borders and by creating strategic buffer zones in Eastern Europe.  This sphere of influence has grown rapidly in the past two decades to include, Eastern Europe, Middle East, South Asia, Latin America, Africa, and the Arctic.  They justify their annexation of Crimea, supporting separatists in the Donbas, and continued support for the frozen conflicts in Georgia, Moldova, and between Azerbaijan and Armenia as being part of their sphere of influence. Their global activities are driven by a desire shared by Russian elites for Russia to be a great power that has absolute control of their own sphere of influence.  Moreover, they have the desire to protect Russian identity and broader Slavic identity through their belief that they have a right to regional dominance for divine and ethnic purposes. This belief stems from the history that goes back 1000 years, where Prince Vladimir was baptized in 988 and became a Christian, specifically a Russian orthodox, and he brought with him his people (Slavs) or the “Rus”, who more than 1000 years later comprise the Moldovans, Kazakhstanis, and other Slavic ethnicities. All of this happened in modern-day “Crimea”.

As a result of the state of flux between competing visions on how the world order needs to be re-configured, in order to achieve a strategic equilibrium, the post-pandemic world order may be shaped up by at least three plausible scenarios.  First, historical geostrategic factors between China and Russia manifest on the current global geopolitical landscape as a strategic partnership in the military, economic, as well as ideological measures.   Since 2018, Russian and Chinese relations have been growing in a variety of issues around the world.  For example, according to various press reports, in September of 2019, Russia carried out a series of large-scale military exercises with China, India and Pakistan called “Tsentr-2019”. Chinese and Russian troops took part in joint military manoeuvres to strengthen their military readiness.

Furthermore, this strategic cooperation can be seen taking shape in the form of an increase in direct trade between the two countries. According to data from Statista, trade between Russia and China exceeded $100 billion, a record level compared to previous years.  Equally important, China’s LNG imports from Russia more than doubled in 2019 subsequent to operating the “Power of Siberia” “ gas pipeline that runs across over 1400 miles from Russia’s Chayanda natural gas field and connects to China along the border of Heilongjiang province with a total initial capacity of 5 Billion Cubic meters (BCM) of gas with a targeted capacity of 38 BCM by 2025 which constitutes 13% of China’s 2018 demand.  Finally, China’s Huawei Technologies Co. struck a deal to develop a 5G network in Russia. These interactions between Russia and China in the military and economic measures demonstrate a growing trend in strategic cooperation between the two countries and may be driven by an ideological denominator, where both countries view the U.S as a strategic adversary.

Second; Russia, the EU, and China can come together and cooperate, and rival to replace the US as the sole global power.  According to the EU-China 2020 Strategic Agenda for Cooperation”.  China is the EU’s biggest source of imports and its second-biggest export market. China and Europe trade on average over €1 billion a day.  Both countries enjoy one of the world’s biggest and most dynamic trading relationships.  Trade and investment exchanges between Europe and China have become a major engine driving their respective economic development and innovation.  Likewise, projects for economic and geographic integration are under development such as the Eurasian Economic Union (EAEU) which is largely a Russian-backed initiative.  The EAEU is a system of post-soviet states, established in 2015 and consists of Armenia, Belarus, Kazakhstan, Kyrgyzstan and the Russian federation. The EAEU has an annual GDP of $1.5 trillion and a consumer market of 180 million.  It allows cross border trade and labour migration and aims to eliminate non-tariff trade barriers among member states in addition to developing a shared energy market. According to the 2019 BP Statistical Review of World Energy, Russia and Kazakhstan both hold 136 billion barrels of oil which constitute 94% of total CIS proven reserves and 40 trillion cubic meters of proven gas reserves, equivalent to 63.5% of total CIS proven gas reserves.

Equally important is China’s expanding Belt and Road Initiative (BRI) initiative, which is China’s major economic development project. The BRI is an ambitious plan to build an open and balanced regional economic architecture connecting dozens of countries in Asia, Eurasia, and Europe by constructing six international economic corridors and an extensive rail network linking China to Europe through a “new Eurasian Land-Bridge”. In the same way, the project aims to construct economic corridors linking China, Mongolia, and Russia, also china to west, central, and South Asia.  The evolving dynamics of economic corridors connecting all sub-regions in Asia, and between Asia, Europe, and Africa is consistent with the idea and geography of a Unified Economic Landscape called Greater Eurasia. Greater Eurasia refers to countries that are on the territory of the Eurasian continent across Asia, Europe and the Middle East. It includes 91 countries, which represents two-thirds of the world population, exports of goods and services and GDP.  It consists of two regions of energy consumption (Europe & Asia Pacific) and three regions of energy production (Russia and the Arctic & Caspian & Middle East) in between.  Shifting geopolitics in Greater Eurasia driving the strategic convergence in economic power between Russia, China, and the EU is posing challenges to U.S. leadership in the world. These evolving and developing geographic and economic integration projects based on cooperation create a geographic mass of countries across, Asia, Europe, and the Middle East that are increasingly interdependent, and their interests are more closely intertwined than ever before.  Greater Eurasia – is a huge economic and energy space that makes Eurasian gravity stronger than any external influences. The movement towards a united Eurasia seems to be organic and natural.

Finally, the world that is divided into a balance of powers, configured around spheres of influence between the US, Russia, and China.  As a result of global warming and Carbon Dioxide emissions, countries are in the process of shifting part of their energy policy’s to increase the weight of the natural gas (NG) component in their energy portfolios.  Natural gas is an environmentally friendlier source of energy and has the lowest carbon emissions of any fossil fuel.   As the world shifts to sources of energy with a lower carbon footprint, with the ultimate objective of building a green economy, the natural link between a fossil-based economy and a green economy is natural gas and its liquid form liquefied natural gas (LNG).

Natural gas will be a major driver of this global trend of increasing world connectivity through the construction of pipelines to transmit natural gas from producer nations to consumers.   As a result, a new global competition between the major players in the NG trade is emerging, driven by the need to expand current markets, and secure access to new markets, and/or maintain current NG/LNG market share. For example, Nordstream 2 and Turkstream gas pipelines which exports natural gas from Russia to Europe and both pipelines are highly contested by the U.S. because in the view of U.S. strategists they do not help in diversifying or reducing European dependency on Russian gas and would increase Russian control over the European energy market. As a consequence, the global natural gas trade will be a driver of the evolving world order adding strategic volatility to existing and emerging relations between friends, allies, and foes, driven by the changes in the relative position of states as geo-economic powerhouses, and the emergence of new energy leaders, more diverse energy actors, and new alliances. All of these emerging dynamics in international relations, at the regional and global levels, are being partly redefined based on natural gas spheres of influence with boundary demarcations based on corridors of natural gas pipelines and import facilities. It is projected that the United States will become a net energy exporter by 2022.  If the United States moves ahead with a proposal to create a North American Alliance on energy, encompassing the United States, Canada, Mexico. Then the U.S could truly become the major energy player in the world on all types of energy, an energy superpower balancing the energy power of Greater Eurasia while Europe will remain in a state of suspense as competing powers between the American block and the Eurasian block compete to control the European energy market.

All things are in a “state of flux” declared Heraclitus. The world’s state of affairs has always existed in a pathological condition of possible, plausible, probable, and actual war. The core question remains whether this massive pandemic risk event (COVID-19) in the global environment will help solidify the competing views of how the world order ought to be constructed and reconfigured to achieve a steady-state of cooperation and stability. Or will it lead to a terra incognita of geopolitical risks that will fail to rebut this monstrous incubus of war!