The Leadership of PM Narendra Modi 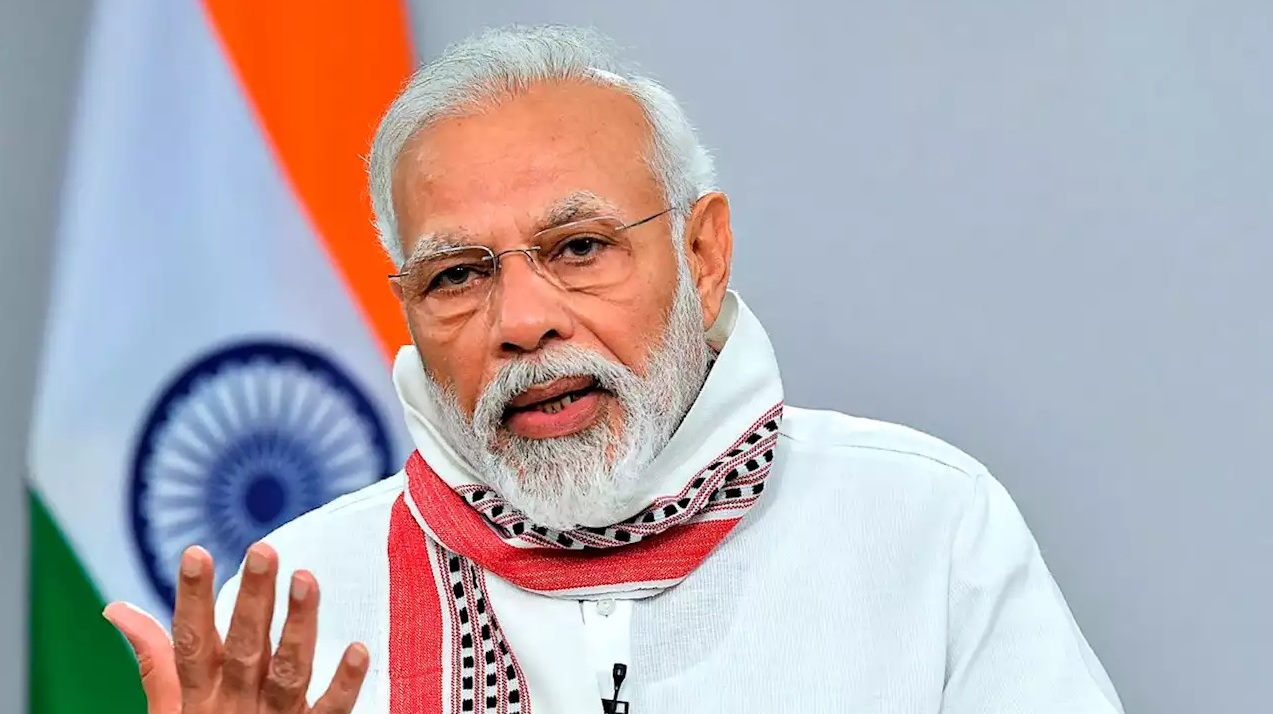 Unusual circumstances demand unusual measures to deal with. This is why the Union government in Bharat was left with no other option but to further extend the ongoing countrywide lockdown 2.0 for another two weeks as 3.0. As is visible that despite two months-long best continuing efforts of both Union as well as state governments to contain the consistent spread of COVID-19, the pandemic is still beyond the desired control limits in many parts of the country. Many reasons may be assigned to the increasing figures of so-infected patients all over the country.

As is clear that quite a big number of countrymen are still rooted in their unfounded and illogical reasoning or self-driven dictates of their religions or grossly irrational and unscientific commandments of their religious heads and hence adamant to not only ignore the scientific rationales underscoring preventive measures to fight the epidemic but are hell-bent to violate them, even at the cost of their own lives or that of their near and dear ones. This is crystal clear from their highly offending and openly illegal and inhuman acts of stone-pelting, spitting, or blatantly attacking over doctors, policemen and other supporting staff on roads and in hospitals. Although the government has now armed these policemen and doctors with a protective legal cover inviting strict punitive actions against those indulging into such gross illegal acts against ‘saviours of humanity’, but such stringent law has still to deter these obstinate and criminal-minded rots as is being witnessed in the continuing attacks over these ‘saviours of humanity’. In fact, they are doing their best even in the most adversarial circumstances, while passing sleep-less nights away from their homes and risking their own lives. We all know that many doctors and policemen have so far sacrificed their lives while ceaselessly serving the so-infected patients as they themselves got infected unfortunately due to unavoidable exposure while treating or handling these corona patients. As obvious these stubborn elements have no regard or gratitude for them who have saved them even risking or at the cost of their own lives.

Against this worrisome and disgusting scenario in the country, the role of political leadership assumes crucial significance as to how to handle a mammoth crisis emerged due to this very grave contagious Corona epidemic in a large peninsular sized country like Bharat, where a huge population follows myriads of traditions and customs as reflected in its vast cultural diversities in language, religion, faith, belief, eatables, dresses and revelry, etc.

Thus, sensing the possibility of the impending disaster, PM Narendra Modi immediately swung into action and resorted to nationwide lockdown 1.0 so as to break the continuing human chain as a potential carrier of the virus. That indeed resulted in successfully containing the pandemic to just a few thousands of the so-infected patients, so far, which otherwise would have risen to lacks or more given the huge population of the country. Besides ensuring proper management and availability of extra-beds, ventilators and other life-supporting facilities in the hospitals with a requisite number of doctors and supporting staff, quarantine centres were also established in all over the country to separate the possible infected people from the not-so infected lot to contain the pandemic. With that continuing effort, the overall situation in Bharat is far better as compared to most of the highly advanced countries of Europe and the US where the number of infected patients and those ultimately died have risen far ahead with mounting figures on each passing day.

As the lockdown has adversely affected the daily wage-earners and many other weaker sections of society, the government is looking after them by providing food, medicines and the reasonable economic help to mitigate their woes. PM Modi has also appealed to all countrymen to donate in the PM Cares Fund needed for providing help to thousands of millions of the needy people and that has led to a massive outpouring of largesse by rich and competent countrymen and charitable trusts of several temples, besides many other organisations, government employees, and even common people including children and few beggars as well. Such is the en-mass effect of his appeal towards arousing confidence and assurance among all countrymen that the entire nation has taken it as an opportunity for offering service towards humanity. Following the true spirit of Vasudhaiva Kutumbakam and reflecting statesmanship, PM Modi has extended magnanimous help to not only neighbouring countries in South Asia but also to the US and few European countries by providing medicines and dispatching Bharatiya doctors.

Thus, the visionary leadership of the PM Modi is now being recognised not only in Bharat but also in the whole world and by the WHO as well. While his all-out successful efforts to contain the epidemic has earned him the top position with 68 percent of rating among the global ranking of leaders, the most powerful ruler in the world, US President Donald Trump has ranked the -3rd position, thereby signifying the marked contrast between the two and underscoring the leadership’s success story that our country has accomplished for this end.

As ours is a large and hugely populated country due to fast-rising population, diverse challenges and various concerns among masses are bound to emerge thereby leading to few exceptions to the contrary, yet Bharat has managed to overcome perhaps the most dangerous pandemic of this century due to self-confidence and self-reliance of the competent and distinct leadership of the PM Narendra Modi.