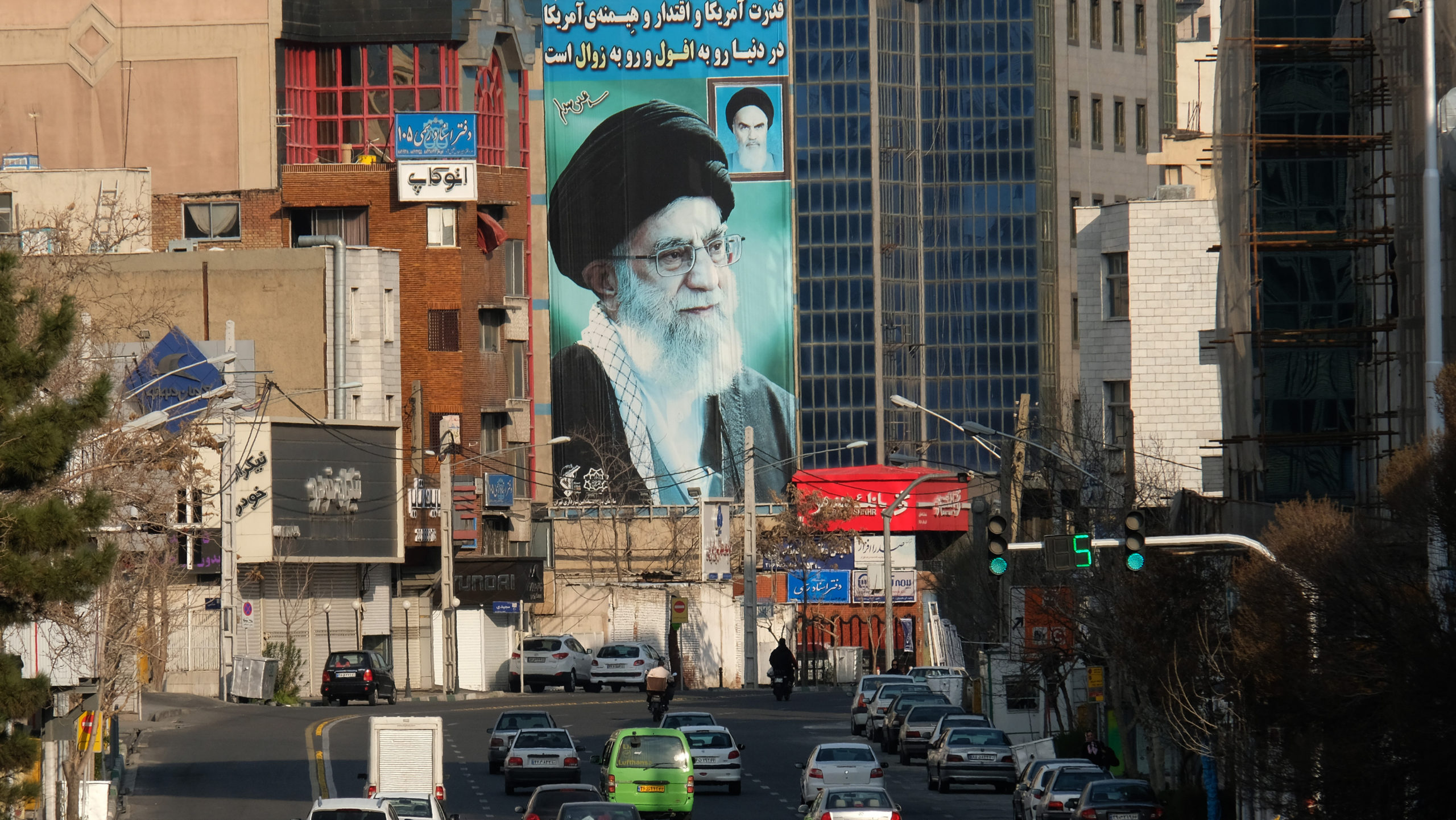 The first confirmed case of COVID-19 in Iran was reported on February 19, when a merchant from Qom Province travelled back from China. The delayed response of the administration to contain the spread of deadly virus left Iran to be the regional hub of the virus outbreak. Currently, there are 94,640 confirmed cases in the country with an increasing death proportion. The outbreak has not only managed to turn into a health crisis but, at the same time, has also demonstrated Iran’s fragile mechanism to confront it. Government officials, initially, rejected the idea of the lockdown of cities, markets and shops, and enforcing social distancing. Besides, Iranian officials seemed to condemn the shutdown as a way to weaken the country by the West. With deteriorating economic conditions and political grievances, the contagion appears to be leverage for the government to pressure the U.S. to minimise the terms of the harsh sanctions. However, the U.S. has refused to ease down sanctions imposed upon them, resulting in difficulty for Iran to import and export goods in this hour of need as countries fear to fall under legal consequences. Now, Iran is struggling hard to withstand the outbreak with its limited resources.

The politics of Iran combines elements of theocracy and presidential democracy. There has always existed a power struggle between the military and the President. The Armed Force comes directly under the control of the supreme leader, whereas the President heads the civilian administration. With the outbreak of the virus in the region, initially, the supreme leader refused the threats and accused the U.S. of spreading rumours. Ignorance and religious dogma led Iran to become the global epicentre of the COVID-19 after China. The management has failed to identify, isolate, and treat people who came in contact with the virus.

On the one hand, Ayatollah Khamenei issued a written order to the General of Armed Forces to take charge of the situation in the city. As a result, the military proposed the lockdown of the towns, all shops and limit movement of the people. However, Mr. Rouhani, the President, refused the closure of cities and limiting the movements of people stating that the government does not have enough resources to support millions of people under quarantine.  He also deterred the military from imposing strict rules. These mixed and confusing instructions clearly show that the government lacks the strategy to fight the pandemic. The rivalry between the government and the military has left people wondering who is in charge of curbing the crisis. While the medical community requested the closure of religious pilgrims, few religious leaders opposed the idea of calling it the disease of the westerns. Religious leaders baffled out on the closure of the sacred sites in Qom and allowed people to visit the shrines, which have provided further opportunity for the virus to spread.

With a tumbling health care system, Iran is finding it challenging to provide its civilians with proper medical care. Earlier the government was reluctant to enforce lockdown and distancing, but as infections started spreading at an exponential rate, the Iranian healthcare system, alone, lacks the ability to curb it. With the number of increasing patients, everyday hospitals are overflowed; parking lots and wedding halls are converted into temporary field hospitals. There is a shortage of medical equipment, and doctors are pleading for more medical supplies. Many NGOs have set up hospitals and are providing medical assistance to treat patients. Iran, even after the announcement of the virus as a global epidemic, was seen exporting facial masks to China, and currently, their hospitals lack masks for their doctors and patients.

The outbreak of the virus is going to undermine the Iranian economy leading to a decrease in the gross domestic product. According to the New York Times, it is estimated that 15 percent of the economy might get affected. The government is already undergoing severe challenges posed by the U.S. sanctions on the country, and with the crisis hitting all sectors indifferently, it would likely hurt the sectors less affected by the sanctions severely. The International Monetary Fund (IMF) estimated that the economy contracted by 9.5 percent last year; even the Iranian Rial lost 50 percent of its value against the U.S. Dollar after U.S.’ withdrawal from the nuclear deal. The inflation rates have dropped by 40 percent since then. Oil prices in the region have sharply fallen from $60 a barrel to $25 a barrel by the end of March. Again, this restriction on international trade and commerce and the movement of goods has sternly reduced their imports of raw materials and their ability to export non-oil products. Most of the small businesses are closed for more than a month now, all restaurants and hotels are also shut down to curb the crisis in the most lucrative month of the year, April, which is the holy month of Ramadan. Economists speculate that this lockdown of the market will lead to a $200 billion loss of revenue. It has also been speculated that with the falling of the economy, Iran’s funding and assistance of terrorism in the region will decrease.

The Iranian government has requested $5 billion loans from the IMF, first time after the Iranian revolution in the 1960s. The European Union has donated $22 million as humanitarian aid along with Japan who has shown their support by assisting an amount of $23.5 million. With already a distressed economy, several sectors are in dire need of economic assistance. Moreover, the Central Bank of Iran has instructed all the commercial banks in the country to extend low-interest loans to businesses hugely affected by COVID-19, especially those of the tourism, food and beverage, airlines, textiles, entertainment, event management, and leather industries. The government is now trying to limit the economic stress on the low-income class. To achieve this goal, the government is offering out cash to people whose daily source of livelihood has been snatched away due to the pandemic.

Additionally, retailers and street vendors are to receive $20 million, which can be repaid in 30 months. There is also a discussion about a 50 percent increment in salaries of the civil servants. The maximum of them belongs to the poor strata of society, and with soared inflation, their purchasing abilities will decrease. These efforts are yet to initiate and to do so, they need financial assistance, which with a teetering economy, will add on to the borrowing and additional expenses of the government.

Indisputably, the utter negligence of the government has led to the widespread of the virus in the region. It is time for Iran to learn from their past experiences and come to a unanimous decision to tackle the increasing number of infected cases. It is the incompetence and poor judgment of the government that they failed to comprehend the severity of the crisis. At the same time, the widespread religious fallacy has led people to overlook the warnings of the officials. The constant friction between medicine and religious dogma, perhaps, making the civilians more prone and vulnerable to the infectious virus outbreak.

Furthermore, economic distress before the sanctions has brought the Iranians to protest several times, and in times like now, it can get even worse. Like most of the countries, the Iranian economy, as well, is going to hit massively; therefore, instead of deflecting their lack of quick governance to the U.S. sanctions, efforts must be made to build the economy. Perhaps, strategising and accessing their economy would help better to sustain the country’s economy. Also, with a reduced amount of funding to the terrorist groups in the region, it might be able to improve their diplomatic relations with the U.S. Countries like Iran with a frail healthcare system cannot stand against a nationwide health crisis. However, if the U.S.’ President, Mr. Trump, decides to ease down the sanctions during the crisis, it would help Iran to transport medical equipment and humanitarian aids to support its population.

The administration’s incomprehension towards the outbreak and a willingness to conceal the crisis shows a fear of population panic. At the same time, the President and his cabinet lack the power to oppose the religious establishment. It seems the current leadership has forgotten the Constitutional revolution, which led to the establishment of parliamentary democracy in the country. If Iranian authorities do not adopt immediate actions to stop the contagion, the virus outbreak is likely to erode the economy and, perhaps, the religious rule in the country.