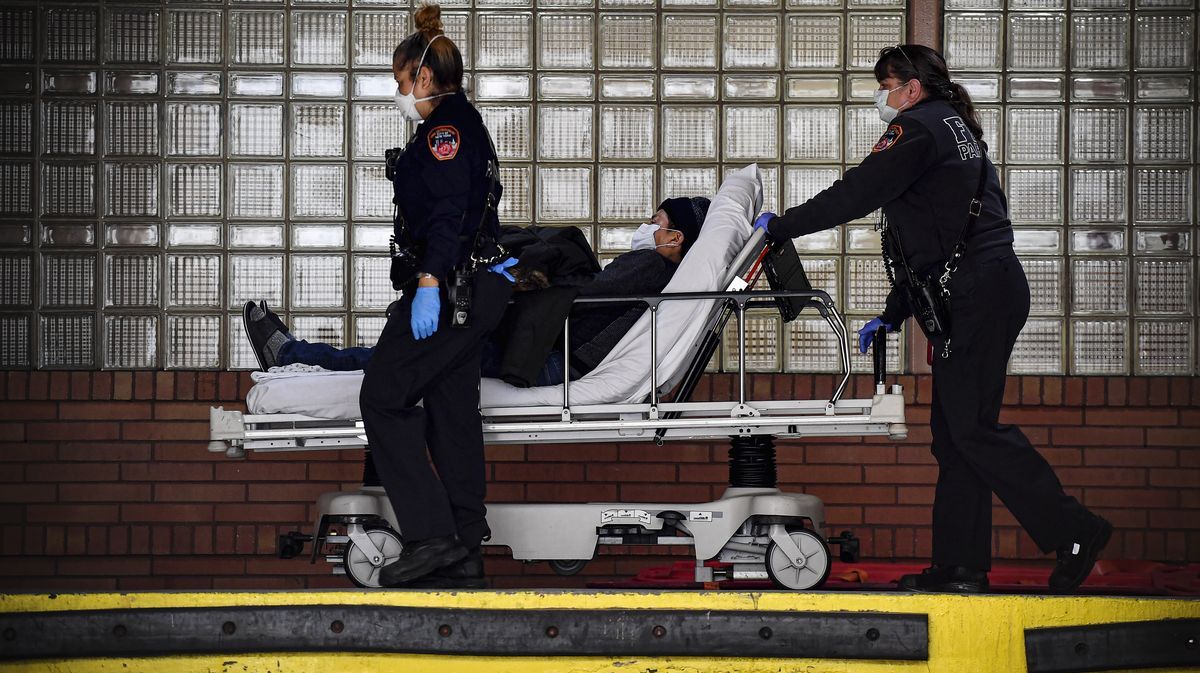 COVID-19 continues to spread across the world and it is one of the greatest challenges of the time. In this context, if we obtain data more about the virus and the populations most at risk, we can easily ascertain the group of populations most in need, and help them in guiding policy decisions, inform the donor community, and support decision-making. Record of demographic factors such as socio-economic, personal health, and environmental factors are perceived to be correlated with a heightened risk of mortality. Information from the earliest confirmed COVID-19 cases indicates that some groups of people are at a higher risk for infection and more severe reactions to infection than others. And this is why the Public health organizations such as the World Health Organization, the Centers for Disease Control and Prevention, and Public Health England have released warnings for those at higher risk to take extra precautionary measures. Several demographic related factors affect COVID-19 and are applicable to this particular virus. At present, there emerged many known drivers of increased risk of mortality. It includes age, smoking, air and chronic medical conditions-heart disease, lung disease, diabetes, hypertension, etc.

Age has been noted by all as a risk for getting very sick from COVID-19. Data from the earliest cases in China, Italy, and South Korea have shown that case fatality ratios are higher among older than adults. Japan tops the list at 27.6 percent and Italy ranks second in the world with more than 22.8 percent of the country aged 65 years or older. Most countries have an older population that makes up between 0 and 13 percent of the entire country population. However, there is also a smaller group of countries with a slightly higher percentage of older adults ranging between 15 and 20 percent of the country population. In China, Italy, and elsewhere, deaths from COVID-19 have been concentrated among seniors. In China, more than 50 percent of COVID-19 deaths have been people who are over 70 years old even though most COVID-19 cases are being contracted by people below 70. Young people have interpreted this as an indication that they do not need to worry about the virus, while old people are being warned to take extreme caution. It is true that young people have a smaller chance than old people of dying from COVID-19, but they have a smaller chance of dying of almost any other health risk as well. In China, the age at which people died from COVID-19 was very similar to the age at which people died normally. And there are already signs that the age profile of deaths in China may not be the same as the age profile elsewhere, so it is useful for people of all ages to take extreme care.

Effects of smoking and pollution

Research on confirmed cases in China indicates that individuals with cardiovascular and respiratory conditions caused by tobacco use or otherwise are at higher risk of developing severe COVID-19 symptoms and the crude fatality ratio is significantly higher among those with the cardiovascular or chronic respiratory disease than those with no pre-existing medical conditions. Consequently, one may expect countries with a higher prevalence of smoking to also be at greater risk of suffering increased pressure on their health systems in responding to COVID-19.  This is a normal distribution in which the majority of countries are clustered in the 20 to 30 percent range. In many countries people share common cultural practices from the same regions appear together: there is a significant representation of countries from the Oceania, Middle East and North Africa, and Eastern and Southern European regions. While most countries in this graph do not appear in the Age +65 section, there are a few notable exceptions from Southern and Eastern Europe.

In addition to smoking, exposure to air pollution is a major concern as it relates to coronavirus. The PM2.5 air pollution, mean annual exposure of the Global Burden of Disease Study (2017) provides some indication of which countries are at particular risk. In this group, there is a greater representation of low- and middle-income countries. In some cases, this can be attributable to the greater economic presence of the heavy industry in these countries. Several countries where DAI has a strong presence have particularly high air pollution exposure, including Afghanistan, Egypt, Iraq, Libya, Nepal, Nigeria, Pakistan, and Uganda.  Several other variables, most notably the percent of the labour force working in industry and population density, are all correlated at the country level. On April 14 the total number of recorded deaths from the novel coronavirus stood above one lakh and twenty thousand. This is a large number and is bound to increase, exponentially for a time, but it needs to be understood in context. It can be large or small depending on the time frame, the geographic scale, and the demographic composition of the population affected. It’s hard to estimate the impact on total deaths from the COVID-19 disease because, in addition to the direct effects that are measured, there are also large indirect effects from the policy responses. For a start, the direct impact itself is totally unknown and unknowable at this point.  Italy is an advanced economy with a strong public health system and large numbers of hospital beds, ventilators, and other essentials to keep death rates low. The havoc that could be wreaked in developing countries without such advantages is unimaginable.

Dimensions of infections and transmission

Respiratory infections can be transmitted through droplets of different sizes: when the droplet particles are >5-10 μm in diameter they are referred to as respiratory droplets, and when then are <5μm in diameter, they are referred to as droplet nuclei. According to current evidence, the COVID-19 virus is primarily transmitted between people through respiratory droplets and contact routes.   Droplet transmission occurs when a person is in close contact (within 1 m) with someone who has respiratory symptoms (e.g., coughing or sneezing) and is therefore at risk of having his/her mucosae (mouth and nose) or conjunctiva (eyes) exposed to potentially infective respiratory droplets. Transmission may also occur through fomites in the immediate environment around the infected person. Therefore, the transmission of the COVID-19 virus can occur by direct contact with infected people and indirect contact with surfaces in the immediate environment or with objects used on the infected person.

Airborne transmission is different from droplet transmission as it refers to the presence of microbes within droplet nuclei, which are generally considered to be particles <5μm in diameter, can remain in the air for long periods of time and be transmitted to others over distances greater than 1 m.  In the context of COVID-19, the airborne transmission may be possible in specific circumstances and settings in which procedures or support treatments that generate aerosols are performed; i.e., endotracheal intubation, bronchoscopy, open suctioning, administration of nebulized treatment, manual ventilation before intubation, turning the patient to the prone position, disconnecting the patient from the ventilator, non-invasive positive-pressure ventilation, tracheostomy, and cardiopulmonary resuscitation. There is some evidence that COVID-19 infection may lead to intestinal infection and be present in faces.