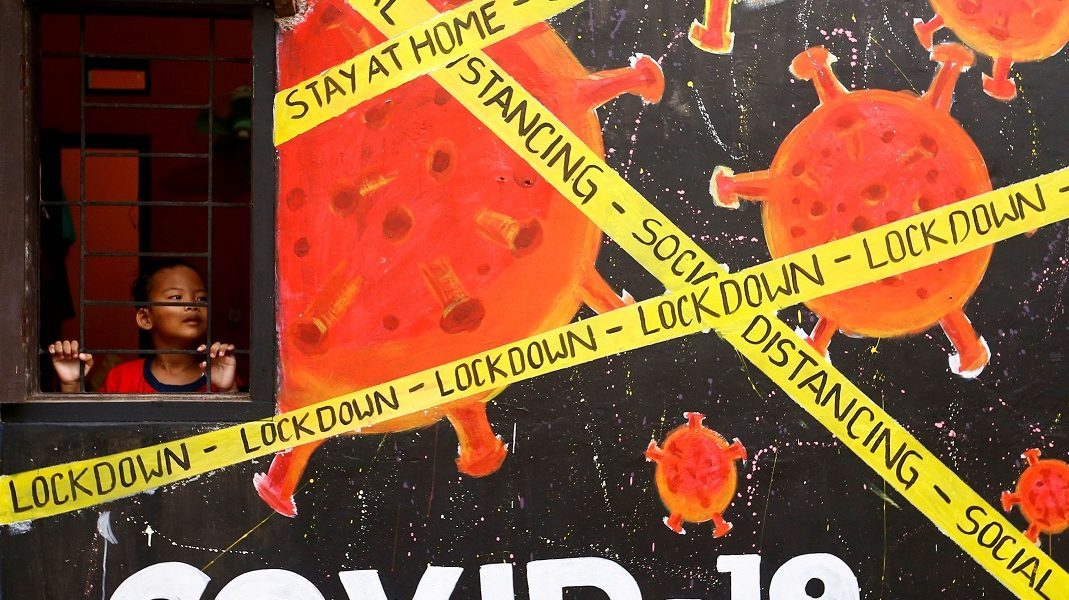 Following from the month-long lockdown ordered by Prime Minister Modi due to the rising pandemic across India, the overall deaths have seen a slight stagnancy. The potential horizon for doom has not yet subsided but has been feared by multiple stakeholders to have deep political, social and economic implications for the 1.38 billion population. Sure, the global repercussions from this pandemic have become eponymous to the larger parameters of poverty, inequality, migration and economic (in)activity and trade. But India’s response to the crisis has been vicariously reported as a distinct national issue, wider at hand to probe into during and after this phase of lockdown. It will investigate the perils of the world’s largest modern democracy tackle vital issues that delve into the demographic divide, great economic loss and the future of accessibility in sectors of healthcare, employment and education.

The Covid outbreak came at a time when India was battling communal hatred, borne from the fresh Citizenship Amendment Act (CAA). Prime locations such as Shaheen Bagh in Delhi, Kolkata and Mumbai were ridden with civilian demonstrations to defy the controversial bill that illustrates marginalization to Muslim refugees. This was a blot on the secularist political identity India has withheld some odd 70 years after independence. Now, this had a crucial impact on the pandemic’s landing into the state.

COVID-19 has refreshed the urge for Hindu nationalists to pitch against Indian Muslims who now fear incessant attacks and the abhorrent rumours of being primary carriers of the virus, being tainted as threats to communities. Social media rounds of these false claims are being popularized by the #CoronaJihad tag, bringing in a dehumanizing tenure to this pandemic. Indeed, the deepening socio-religious divide during the pandemic is worrying given that the root of this tension has been long anticipated under the ruling Bharatiya Janata Party (BJP). It has definitely led to a more sordid Islamophobic tone to the state’s nationalism.

Although international organizations such as the World Health Organization (WHO) have praised India’s timely implementation to contain the virus, it has led to several socio-economic fabrics to burden themselves of the ongoing turbulence. As it is, this pandemic has forced us to evaluate the hostage situations it has held over poorer and minority demographics in several parts of the country where discrimination has persisted. One of the earliest groups of civilians to bear the brunt of the lockdown without longer notice were India’s migrant, semi/low skilled labourer both in rural and urban sides of the country.

From the time the preliminary 21day lockdown had started from the 24th of March, viral pictures of thousands of migrant workers travelling on foot to their home villages have been captured by numerous media outlets slandering the devastating halt to production as the sudden start of the lockdown ensued. The disparity was clearly underrated by the haste decision to lockdown and many critics have touted it to be irresponsible for the government to not provide social protection for the working class who have been isolated from a livelihood, transport and food. There prove to be a looming internal migration crisis as there has been an overload of displacement camps and settlements, following from the evictions of countless Muslim civilians who have been rendered homeless who now join the ranks of these dislocated labourers. This has also incited protests from the migrant workers to express their dissent against the lockdown.

India’s response to combat the virus has been met with praise, zeal and optimist but also criticism and interrogation. But the argument now has zoned into the progressive steps that are anticipated after the extended lockdown (dated till 3rd May) will be. The ad hoc policies made have polarized commentators and civilians alike especially if looked at the particular enforcement targeted on minority groups.

After the Indian government’s statement condemning an Islamic seminary in the nation’s capital New Delhi in being responsible for the cause of thousands of infections, there has been an implosive state of religious hatred in this pandemic which forecasts communal tensions in the future, right in the aftermath. But amidst the inconvenience of social distancing and perpetually staying indoors that are distinctively felt by different strata, the transfer to community vigilance has been exasperating. Hindu right-wing gangs are found patrolling the streets in rural India, to evoke the fear of movement.

The nature of this pandemic has been diverse in matters of accountability, conflict and economic solidarity. While hate crimes have flourished during the Indian lockdown, police brutality and violence have been normalized as a measure to ensure security and non-contagion during this lockdown period. This has also been an emerging concern for observers who have commented that the culture of state control will grow beyond limits of credibility and find itself to harm the vulnerable members of society. The glaring inequality has also caught headlines, where the repeated imagery of thousands of migrant workers and labourers on foot, being forcibly bathed in disinfectant meant for cleaning buildings, are indicative of the abusive treatment minority and poor demographics receive at the hand of healthcare workers.

This pandemic is a broken mirror to the declining democracy India is harbouring. In the heart of its decaying institutions and safeguards of legitimacy, the fundamental human rights of minority groups are consistently at risk. As the nation prepares to face the reopening to further deter from a relapse into the virus spread, the government must adhere to the international set-work of human rights protection to negate any possible failure of the world’s largest democracy.

Sumona Bose
Author is an MPhil Candidate at the University of Cape Town specializing in Justice and Transformation. Her research percolates around citizenship and socio-political exclusion of minority identities in South Asia. She is passionate about human rights, democracy and gender equality.
Tags:
COVID-19 Migrant Workers Minority Anti-Muslim Hindu Nationalist
Share:
Share this...