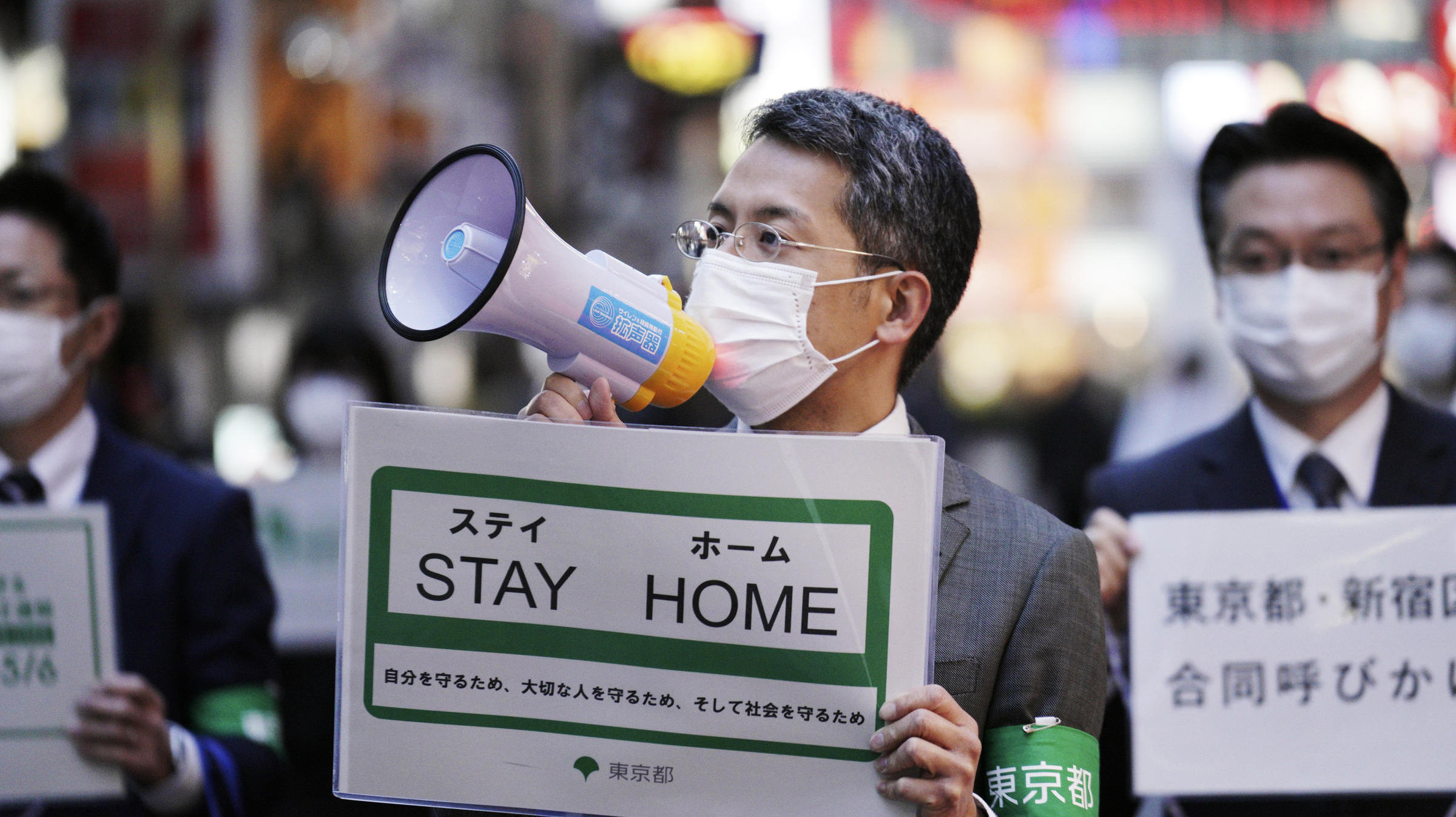 Japan, the third-largest economy in the world has been the second country to be hit by the COVID-19 after China. Japan is a country which is notorious for being struck widely by natural disasters like earthquakes, tsunamis and also known for its measures to counter disasters effectively. However, this Global Pandemic is one of the serious challenges for the Japanese government.

As of 26th April, Japan has crossed over 13,000 COVID-19 cases with over 300 deaths in the nation. The rate of infection has shown a drastic increase in the month of April after which Prime Minister Shinzo Abe declared an Emergency in Tokyo on 7th April 2020. Furthermore, looking at the dramatic spread in the number of cases, Abe extended the emergency to the entire nation on 16th April. Japan was one of the first countries to confirm its cases, while it had been 66 by 17th February. The situation became tense when the Cruise Ship, Diamond Princess was quarantined in Yokohama Port and the virus had spread to around 3700 crew members and passengers. Since it is the country with the highest proportion of people over the age of 65, it seemed even more detrimental knowing the factor of ageing society of the country.

According to some of the Japanese experts, the widespread spring celebrations held on 21st to 22nd march to mark the blooming of Cherry trees also led to the increase in the number of the people affected by the virus. Due to the Coronavirus, summer’s Olympic Games which were supposed to be held in Japan this year got postponed until July 2021. This will inevitably downturn the Japanese economy.

Abe’s Administration has been quite slow in containing the virus initially and lacked proper equipment too. The government has witnessed various contagious diseases and should have planned for this and should have anticipated this type of contingency well on time to contain the pandemic effectively. However, Japan has come up with quite a lot of strategies in trying to contain the COVID-19.

Japan’s strategies to contain the COVID-19

Two prominent strategies for containment of the coronavirus was practicing social distancing and wearing masks. These two factors were already quite common among Japanese residents as a part of their culture and daily lives. It is normal to see people wearing face masks on the streets in Japan. Hiroshi Nishiura, Hokkaido University Epidemiologist, has been urging the public to reduce social contact by 80 percent in order to contain the growth of Japan’s COVID-19 epidemic. However, the government has been quite slow in implementing the policy of social distancing. While it closed schools for the month of March initially, the workplaces, shops and restaurants still stayed open. Finally, after PM Abe declared an emergency in the entire nation, the Prefectural Governors got the authority to close schools and other public facilities. The State of Emergency came at a very later stage when the virus had spread dramatically. Had it been imposed well in advance and if people were more aware of the situation, the virus could have been contained to a large extent. Delivery companies in Japan are also taking measures to avoid direct contact between customers and delivery workers.

PM Abe also enforced severe restrictions on the entry of thousands of Chinese and Korean travellers in the month of March only. Visas that were issued to 2.8 million Chinese have been suspended.

The testing for suspected people was limited and missed many mild infections. The government has urged citizens who feel ill to stay home and observe their health and body temperature for days and request a test only if symptoms continue and grow worse with time. However, the intention behind this was to avoid people with common flu and cold to be petrified by the virus and test centers. Initially, the Japanese government was trying to hold back data on the number of tests taken to make it look like the situation is normal. Hospitals too had trouble getting suspected COVID-19 patients tested and now 20 percent of the new cases reported in Tokyo are linked to hospital acquired infections among patients and staff. Testing is now being expanded and the government hopes to conduct 20,000 tests per day by the end of the month of April. One of the reasons for the reluctance to conduct more tests is that Japan’s Health Ministry feels that hospitals will be overwhelmed by people who test negative and have minor symptoms. Japan feels that the focus should be on serious cases because if everyone gets testing done, then medical institutions will be overflowing with people who do not need to be there. It is given for a fact that people and patients are likely to be exposed to higher risks of infection in crowded hospitals and clinics.

Over a period of time, it is seen that the strategy of social distancing has not achieved much success as expected. People are still travelling through the mode of public transportation and hospitals are overcrowded. Moreover, there are a lot of complaints about the shortage of protective kits, masks and gowns. Japan also lacks enough hospital beds, equipment and ICUs. This itself shows the lack of preparedness on part of the Japanese government regarding this pandemic. Due to the severe conditions of the people, Abe has introduced an economic stimulus package of about 108 trillion Yen to bring some relief to the people.

The reality of the severity of the novel coronavirus seems to go on a lot longer than most people expect if adequate measures are not taken effectively and efficiently. Professor Kenji Shibuya of King’s College, London, thinks without tougher measures, Japan has a little scope of controlling the ‘second wave’ of infections that is taking place across the country. Tokyo’s governor, Yuriko Koike called for an extension of the nationwide state of Emergency to reduce the spread of this outbreak. The emergency declared by Abe lasts till 6th May. The government remains apprehensive about the increase in the cases if people let go of social distancing restrictions too soon. It is quite difficult to analyse the long term impact the Japanese economy will have due to the present situation. The Japanese government says that Japan’s economy is worsening rapidly in an extremely severe condition. Despite the Japanese government being quite slow in containing the spread of the virus, it is trying to implement strategies. Abe recently suggested that he may consider starting the academic year from September. Containing this global pandemic is of utmost necessity as of now since only its containment can bring back everyone’s life to normalcy and uplift the economy too. The main goal of the Japanese government is to minimise contact between the people to stop the spread of the virus until the vaccine is made.

Simran Walia
Author is a Research Scholar, Pursuing M.Phil in Japanese Studies under the Centre for East Asian Studies from Jawaharlal Nehru University. Prior to this, she was working as a Research Assistant at the Observer Research Foundation. She can be reached at simranwalia995@gmail.com.
Tags:
Japan CoronaVirus pandemic World Health Organisation COVID-19 Corona Crisis
Share:
Share this...