Coronavirus: Chinese Students Staying Away From US Universities 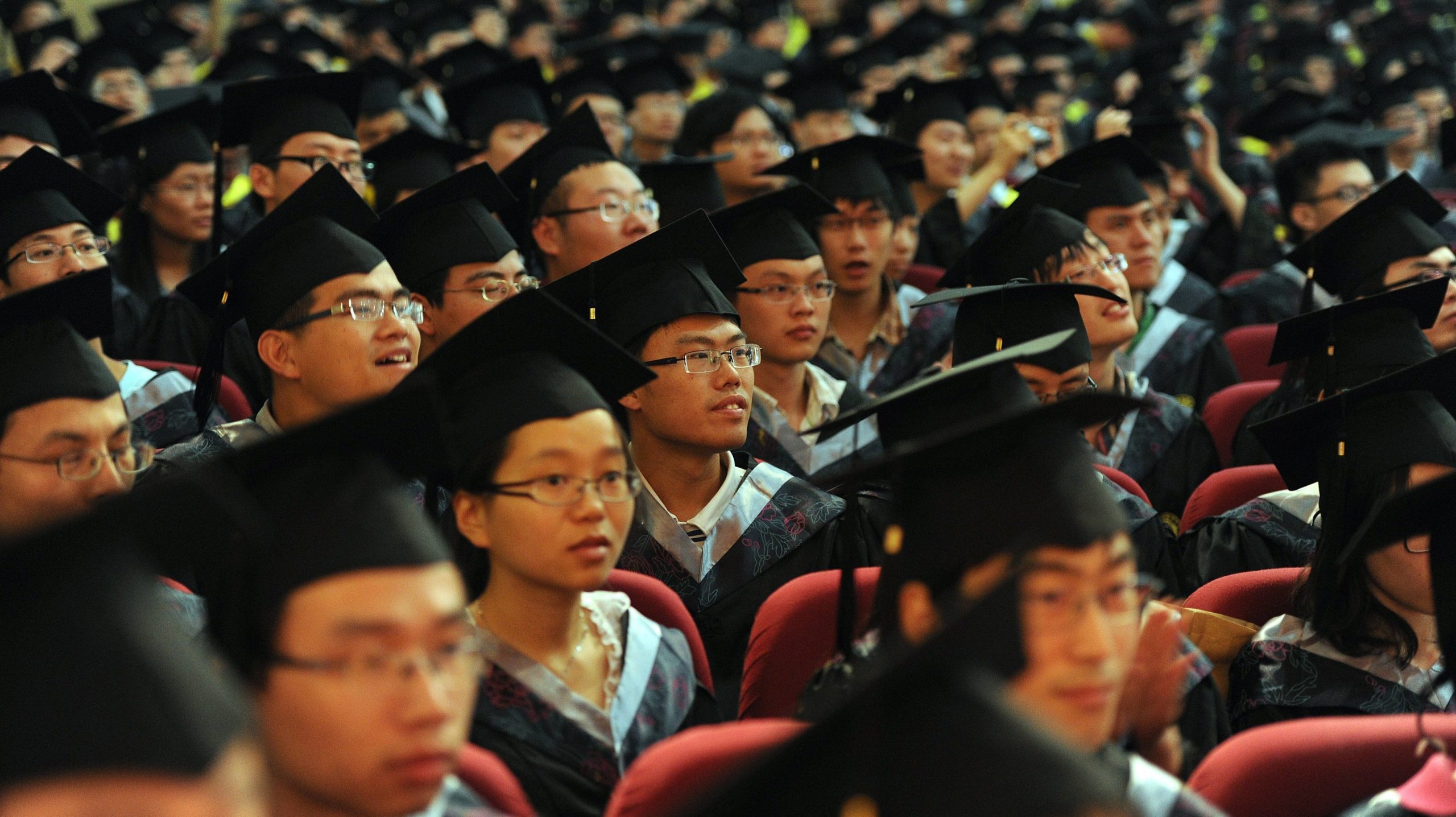 According to a Congressional report (published on April 21) which seeks to the economic impact of the pandemic on the US economy, a large number of Chinese students, who were planning to enrol in US universities in 2020-2021, are likely to opt-out.

Chinese Students in the US

As of 2019, there were a total of 3,69,000 Chinese students in the US (if in 2020-2021, Chinese students actually decide not to pursue an education in the US, American colleges could lose up to 15 Billion USD in the form of tuition fee). Even before the outbreak of the coronavirus epidemic, there was a drop in the number of Chinese students opting for US universities. Tensions between Beijing and Washington which began with the imposition of trade tariffs, and the ensuing trade wars, began to cast a shadow on relations in other areas, including the sphere of education, where the Trump administration brought out certain visa changes, which specifically impacted Chinese students. In 2018, the Trump administration made a change to the visa system, according to which, a one year cap can be put on the visas of students enrolled in subjects such as robotics, aviation and high tech. The reason cited for this decision by the Trump administration was concerns with regard to ‘intellectual data theft’ by Chinese students. It would be pertinent to point out, that this change was first indicated in the Trump Administration’s National Security Strategy Report published in 2017.

This move of Trump received support, especially from Republicans, though a number of US academics and commentators were critical of the move. Only recently, Senator Tom Cotton, a Republican from Arkansas, made the point, that the US should not allow Chinese students to obtain science-related degrees from the US.

In recent years, there has also been a growing scepticism vis-à-vis Confucious Institutes and Confucious Centres (set up by the Chinese Ministry of Education and Hanban) which according to policymakers in the US in the garb of teaching Mandarin and promoting Chinese culture, were actually pushing forward China’s political agenda and there have been instances of employees of these institutes being involved in espionage activities. This threat was flagged by  A Senate Report, published in 2019, criticized the functioning of these Institutes and raised questions with regard to the aims and objectives of these institutes, as well as the ‘academic freedom’. Two bills have been brought in to counter China’s growing presence on US campuses – with a specific objective of keeping a watch on the activities of Confucious Institutes and greater transparency with regard to financial disclosure requirements for foreign actors who fund activities on US campuses. The first bill was the Stop Higher Education Espionage and Theft Act (introduced by Senator Ted Cruz in 2018) and the Foreign Agents Disclosure and Registration Enhancement Act (introduced by Senator Chuck Grassley in 2019). The second bill received bipartisan support.

In spite of all the tensions, it was believed that Chinese students studying in the US would benefit the bilateral relationship. As mentioned earlier a number of academics and policymakers had opposed the Trump Administration’s revisions to the visa regime and specific targeting of Chinese students. Post the coronavirus pandemic, in the run-up to the Presidential election, the Democrats are likely to adopt an equally aggressive approach towards China and will not really be in a position to criticise Trump’s China policy – even if they lack nuance.

The reduction of Chinese students will not only impact the US economy but also removes one possible means of improving ties between both countries. While for the time being, it is believed that other countries like the UK and Canada will benefit from the drop. Even in other countries, especially Australia and the UK, there has been a change in perception vis-à-vis Chinese students. In the UK, the intelligence community has warned the Boris Johnson Government to be cautious vis-à-vis Chinese students and ensure that they do not get access to sensitive research, in Australia too a number of policymakers and academics have raised the red flag with regard to Chinese interference on Australian university campuses. Ties between Australia and China have soured, after Australia, called for an investigation into the origins of the coronavirus and this is likely to have an impact on ties in other areas, including education.

What is clear is that in liberal democracies, other than the US, not only will economic linkages with China tied to ‘security issues’, but even areas like education and people to people contact, which was key components of ‘Soft Power’, which were earlier dehyphenated from security will not be delinked any more.

One thing is for sure, that in the near future, especially until the US Presidential Election, Anti-China rhetoric in the US is likely to rise, and the overall narrative on China is likely to change. The drop in Chinese students enrolling at higher institutions will have an impact on the US economy but given the current mood, not much attention is likely to be given the same. What is significant is that even countries like the UK which did not follow the US approach towards ties with China are likely to adopt a similar approach. It remains to be seen how China deals with the hardening of attitudes not just in the US, but also countries like UK and Australia, and how these countries balance their economic interests, given that they share close economic ties with China, with their strategic goals.