Impact of COVID-19 on Rural India 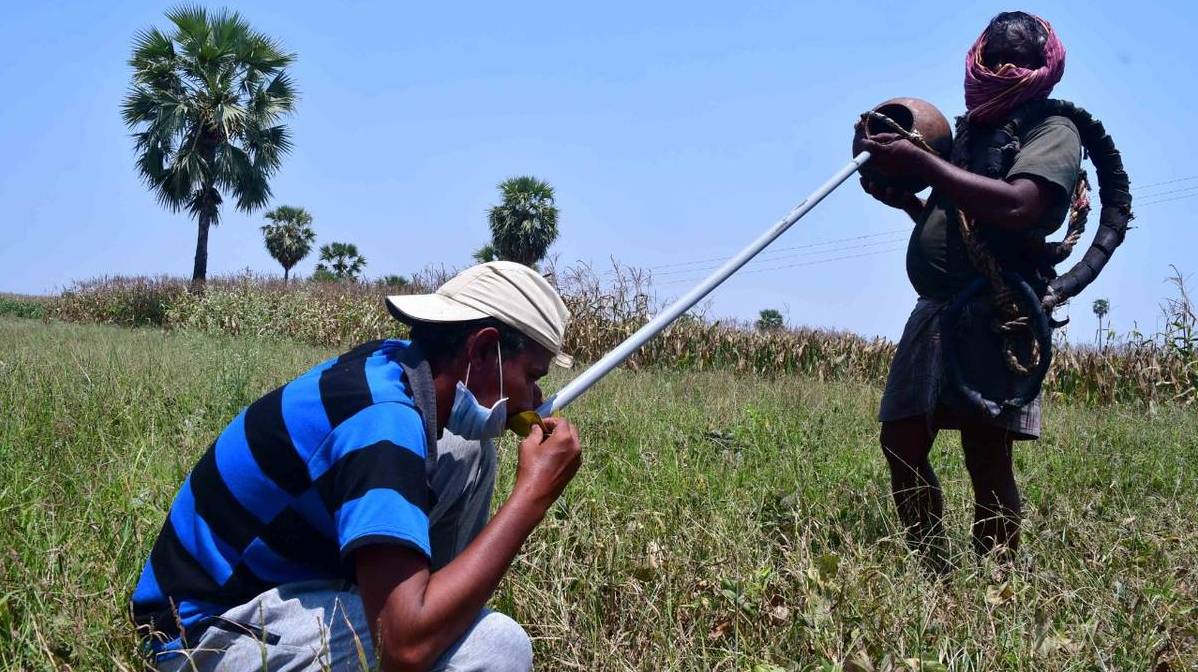 The COVID-19 spread disrupted the status quo activities in Indian states — the immediate effect created chaos among people and states to develop strategies accordingly. But, a country like India which composed mainly of workforces in the unorganized sector implicated generous concerns over the rural half of the country. The mode of connectivity, absence of proper communication, poverty and lack of decentralized health systems find it difficult to implement public policies compositely. On 24th March 2020, Indian Prime Minister Narendra Modi announced a nationwide lockdown and extended subsequently. The decision was a ‘necessary evil’ which inflicted on the daily wage earners and farmers across the country.

The nationwide lockdown halted interstate transportation excluding passage of essential goods. In Kerala, a sudden blockage on the diary sector resulted in wastage of milk in thousands of litres and the grape farmers of Karnataka dumbed their produce to compost pits. Majority of the states insisted to deliver essential needs for the people but failed to include farmers in the realm. The interruption in the supply chain of products made farmers’ life worse and resulted in financial implications amidst the pandemic.

Cities are the economic centres and their financial distress reflects on the rural side also. The migrated labourers from rural to the urban are suffering much, as governments providing free rations will minimise the effects but is not enough to cover day to day affairs. The majority of the workers belong to the unorganized sector. The 1.7 relief package given by the Government of India will have limited scope as it incorporates majority formal sector employees. In the lockdown period the protests carried out by the migrant workers in New Delhi is an example of how the pandemic created inconsistency in disseminating information to the grassroots and absence of economic measures which reaches the bottom.

As far as the rural population is concerned there are high chances for propagating fake news and the deficiency of state mechanisms to mitigate COVID-19, this will trigger high proximity for spreading. The poultry farming industry got a setback after fake news circulated that the virus will spread through animals.

Insufficient health care workers and problems like limited access to necessities make situation vulnerable in the rural livelihood. The space of the primary sector in urban arenas are narrow, the reduced economic activities in rural areas implicating the urban households which range from vegetables to daily requirements.

According to the World Health Organization (WHO), there should be one doctor for every 1000 people, but there is only one doctor for 10,189 people currently in the Indian context. The union ministry of Health and Family Welfare study points out that there is a 12 percent deficiency of Primary Health Centers (PHC) and 50 percent of Community Health Centers (CHC) across Rural India. As rural workers are majority daily wage earners, the PHCs far from the rural settings compels them to consult private practitioners. In 2017-18, India spent only 1.28 percent of its GDP on health which considerably low as compared to neighbouring countries such as Sri Lanka and Indonesia where they spent 1.68 percent and 1.4 percent respectively. In India, 75 percent of public health care investment is concentrated in the urban sector where 27 percent of the population is living. In the case of COVID-19, the lack of healthcare mechanisms will have direct implications in the rural fringes of the country. The government has taken measures by converting trains, hotels and even houseboats as treating centres for COVID patients resulted in exclusive nature restricted to urban sides.

The government of India took substantive measures to reach rural India utilizing Jan Dhan Yojana which credited 500 rupees to the bank accounts of poor women. Under the aegis of PM-KISAN scheme 2000 rupees credited to the accounts of farmers. As in the state of reduced economic activity, increasing the amount will help the peoples to cover their necessities. The role of local self-governments is significant for assisting people with the help of ASHA workers and civil society groups. A well-equipped Public Distribution System can ensure the appropriate delivery of free rations by following social distancing. The role of self-help groups to create community kitchens as did in Kerala are adaptable for other states to ensure zero hunger in times of pandemic. The government aid in means of paying MGNREGA wages as an advance for support will ease the livelihoods of the rural population.

In the case of agriculture, to reinstating the supply chain mechanism with due transport mechanism are inadequate, but due to the high toll of COVID positive cases, it’s a challenge before states to promote inter-state transportation. This is the peak time of Rabi harvesting in North India and the harvested goods should reach the market in time. Several states are assisting to collect products from farmers to revive the supply chain. As promised by the government’s moratorium for three months will not help to mitigate financial threats from COVID-19. Government of India data shows that monthly Indian families have a surplus of only 1413 rupees and they still owing debts.

In the education sector in rural India, the case of education from lower to higher education is at crossroads. The connectivity issues create problems for states in digitalizing education. And this connectivity has also affected in delivering proper information to people in rural areas.

In summary, the current state investment by government in rural areas are limited as compared to urban settings. The government of India is providing proactive measures to contain the virus but fails to accommodate concerns of migrant workers and farmers. The cases of perishable goods and products should be transported properly only when the government should affirm to avoid disruptions in supply chains. Rural areas are highly sensitive to virus spread so local governance should regulate effective service delivery for a considerable section of the population.

Kannan R. Nair
Author is working as an advocate for the Global Schools Programme, He also worked as a research intern at the National Institute of Advanced Studies, Bengaluru. Currently, pursuing his postgraduate degree in Political Science from the Department of Politics and International Studies, Central University of Pondicherry.
Tags:
COVID-19 Corona Crisis PM-KISAN India CoronaVirus
Share:
Share this...