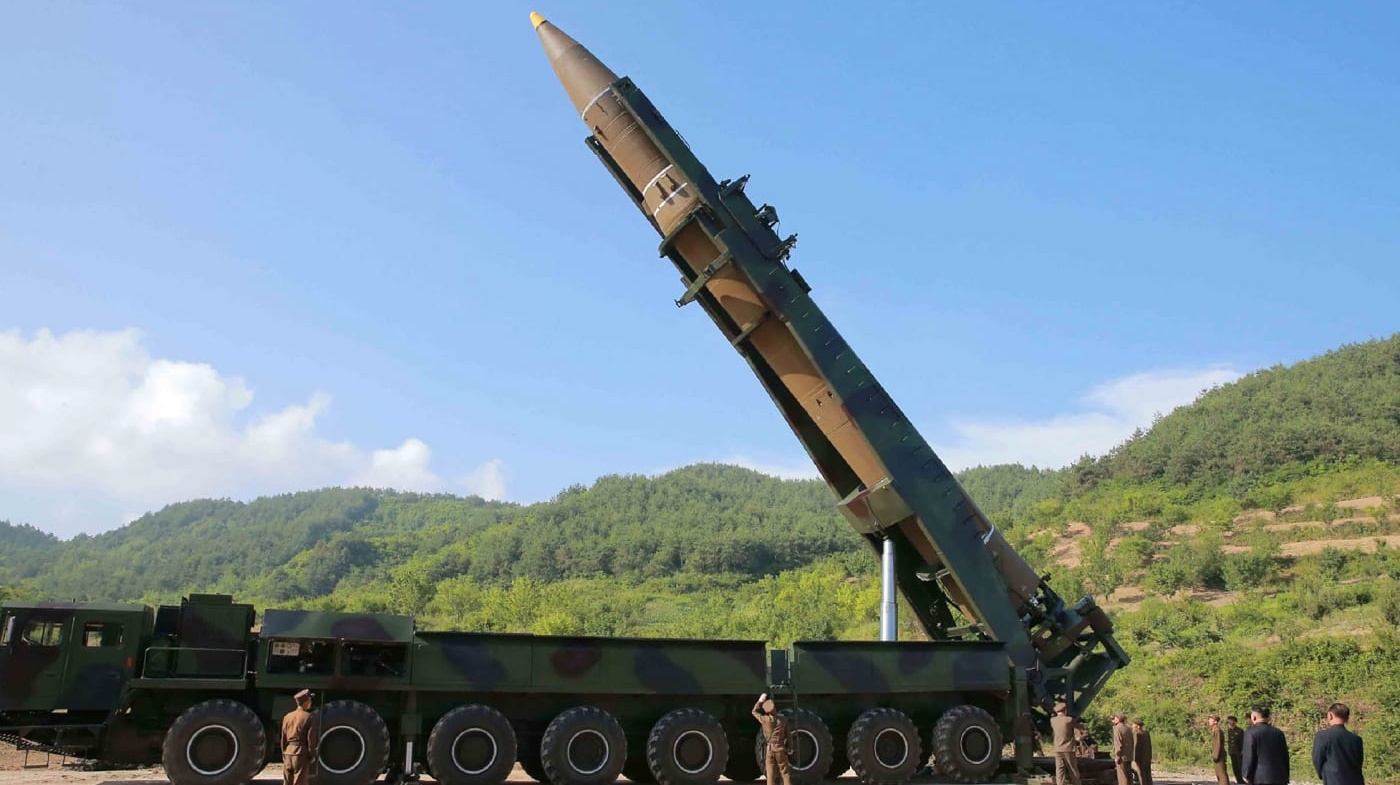 Tweaking Thomas Hobbes’s philosophical underpinnings, COVID-19 has made man’s life solitary, poor, nasty, brutish and short. Many scholars argue we are at rock bottom and no worse could be the case than this. Let me give a small dossier, lately, in the USA’s Executive committee on findings on adherence to compliance report with Arms Control, Non-Proliferation and Disarmament, Agreements and Commitment 2020 has accused China of violating the norms of Comprehensive Test-Ban-Treaty (CTBT) by conducting a low yield nuclear test in 2019 at its Lop Nur testing site. The US also claims that China has violated the “zero yield “standard raising the risk of nuclear dangers.

Such events of nuclear proliferation have been steadily growing over the past few decades. States engaging in the arms race constitute a greater threat of using weapons if push comes to shove resulting in wiping out the entire human race within hours. No Nuclear weapon possessor is willing to give up or reduce its nuclear arsenal. This somewhere tells that attaining nuclear capabilities is like crossing a Rubicon, once the state possesses its disarmament becomes onerous. This may be because of the great power status which comes along with the weapons. These advances and practices not only hinder world peace but also procrastinates the goal of universal disarmament.

In the Atomic Age, the spread of nuclear weapon technology continues to be an important issue. Globalisation and the end of the cold war have posed complex challenges like the growth of nuclear energy, nuclear safety and security and problems with nuclear strategy and nuclear terrorism to the world. This puts the Nuclear Non- proliferation treaty (NPT) into jeopardy which might ultimately suffer a slow and consequential death. Therefore, the fate of nuclear weapons remains dubious.

Also, a Global Zero Movement has gained traction in 2007 when four senior statesmen of the cold war, subsequently nicknamed as the ‘Four Horsemen’ – George Shultz, Henry Kissinger, Sam Nunn and William Perry wrote an editorial at Wall Street Journal. They asserted that the dependency on nuclear weapons for sustained security is becoming ‘increasingly hazardous and decreasing effective…unless urgent new actions are taken’. They also called for ‘USA to work with the leaders of the countries in the possession of nuclear weapons to turn the goal of a world without nuclear weapons into a joint enterprise’.

Global Zero plays a key role of a catalyst for bold leadership towards wiping out nuclear weapons. It is actively working with leaders, experts, artists and cultural icons, peace ambassadors with a goal of bringing about a holistic understanding and applies necessary pressure to bring a world without nuclear weapons within reach.

The increase in the number of Nuclear States is commonly called the Nth nation problem. The increase in the number of Nuclear-Weapon States (NWS) is called horizontal proliferation. In contrast, increase in the existing nuclear capability of a state is called vertical proliferation.  The assumption is that when once state possesses nuclear weapons it tends to create a domino effect, which makes other states to possess the same. Therefore, it is highly apprehended that more and more states possessing nuclear weapons would be more inclined towards using them. It could be very well seen in American acquisition of NW which has led the Soviet Union to follow the trail.

A peculiar trend of vertical proliferation for regime survival could also be seen in North Korea’s case of expanding the thermonuclear capabilities which are designed for bargaining and sabre-rattling.

It is arduous to speculate an actual nuclear conflict. But some have predicted the “rate” of one million dead per megaton in an isolated explosion. One nuclear weapon is sufficient to level a major city in the world. Even a small number of weapons aimed with precision might cause tremendous damage and destruction.

Radioactive fallout could be one serious problem in countries adjacent to the belligerent countries, and during the decades after a major nuclear war, the fallout could take millions of lives worldwide.

Besides radioactive fallout, the global consequence of a large nuclear war on the world economy and on vital functions of the international community would be immense. The food insecurity, ecological outcomes, widespread famines, massive deaths are only the tip of the iceberg. Even the non-belligerent countries have to face the effect of this turmoil.

The devastating effects of nuclear weapons have frightened the people of both big and small countries. The threat to world peace has made many people and the world restless, alienated, mentally sick and tormented. To put an end to this agony and pain they have been agitating hard to make their voices echo deeply into the society. In many countries around the world, several groups are opposing nuclear weapons by launching peace movements. They were able to move the conscience of many people and made them aware of the potential grave danger that these weapons posed to them and the rest of the world.

Many scholars argue that nuclear weapons have its own impact on national power. Nuclear capability has diffused and punctured the traditional definition of national power. It has reshaped the great power status to a nuclear proficient state.

The traditional factors like territory, population, industrial facilities, etc. are no more regarded as the elements of national power.

Structural realist Kenneth Waltz articulates that Nuclear Weapons: The more the better. He furthered that the spread of nuclear weapons is slow and gradual which will contribute to nuclear stability. He further makes a point that the likelihood of war decreases deterrent and defensive capability increases. Nuclear weapons make wars hard to start. Scott Sagan, Professor of Political Science at Stanford University, in contrast, argues that the more the nuclear weapons the worst because of the common biases, inflexible routines, and parochial interests – display organisational behaviours that likely to lead to deterrence failures and accidental wars. Sam Nunn, former US Senator, compares nuclear disarmament to a mountain, with the summit beyond the current grasp and perhaps even out of sight. Manpreet Sethi, a senior fellow at Centre for Air Power Studies argues that a global acceptance to No First Use (NFU) could be one significant step by all nuclear-armed states. If every country was to commit not to be the first to use the weapon, there would be no nuclear use. Such commitments would be especially helpful during times of crisis.

There are a number of associated debates and perceptions about nuclear weapons, their possession, command, control and use. Also, as the grey area of uncertainty exists with the weapons, scholars, academics and government agencies draw facts on the basis of speculations and past experience because the notion of one size fits all doesn’t apply to nuclear weapons.

Global Zero is the key to achieve sustainable peace and universal disarmament. Although near-term prospects are dim. To achieve a Nuclear Zero, state parties must bring the consensus in a phased manner. Also, all we need is a reinvigorated nuclear order by bringing out a lex communis (a common law) which emerging global powers need to create by a renewed consensus that addresses the challenges to the non-proliferation order. Painting a broader picture, this new consensus must include a widened circle of nuclear non-proliferation, changing power dynamics, a renewed and more credible commitment to eliminate nuclear dangers, and strategic dialogues to reduce risk and mitigate conflict among nuclear weapons possessors.

A sustainable nuclear order for the 21st century must also accommodate changing global power dynamics. Based on economic projections, China, India, Brazil, and Indonesia are anticipated to be among the top powers by 2050.  India and China expected to surpass the United States by GDP in the coming decades. Emerging powers should be invited and encouraged to assume leadership roles within a renewed order stating the horrors and dangers of nuclear weapons. A similar echo came in the late 80’s when former Indian Prime Minister Rajiv Gandhi was laying foundations of the ‘Action Plan for Global disarmament’ in UNGA:

“It is a dangerous delusion to believe that nuclear weapons have bought us peace. It is true that, in the past four decades, parts of the world have experienced an absence of war. But the mere absence of war is not a durable peace.”

What the state parties need is a strong political will and a holistic understanding that a nuclear weapon free world will be a much durable one. A sequence of steps towards a new non-nuclear order and achieving complete disarmament in a phased manner is a need of the hour to achieve Global Zero and decide the fate of the weapons.

Nichole Ballawar
Author is a Senior Visiting Faculty member at Nagpur's Government Law College. He has also served as a Research Associate at the Centre for Air Power Studies (CAPS) as a Defence Analyst for Janes. He has also worked as a China Research Assistant for the Ministry of External Affairs and as an Intern for the United Nations Development Program. He collaborated with organizations such as NIICE, The Diplomatist, and 9dashline, among others, and produced a number of research publications. He has written several essays on China, nuclear nonproliferation, and arms control.
Tags:
United Nations COVID-19 Nuclear Weapons Global Zero China United States
Share:
Share this...