COVID-19 Pandemic in Central Asia and its Repercussions 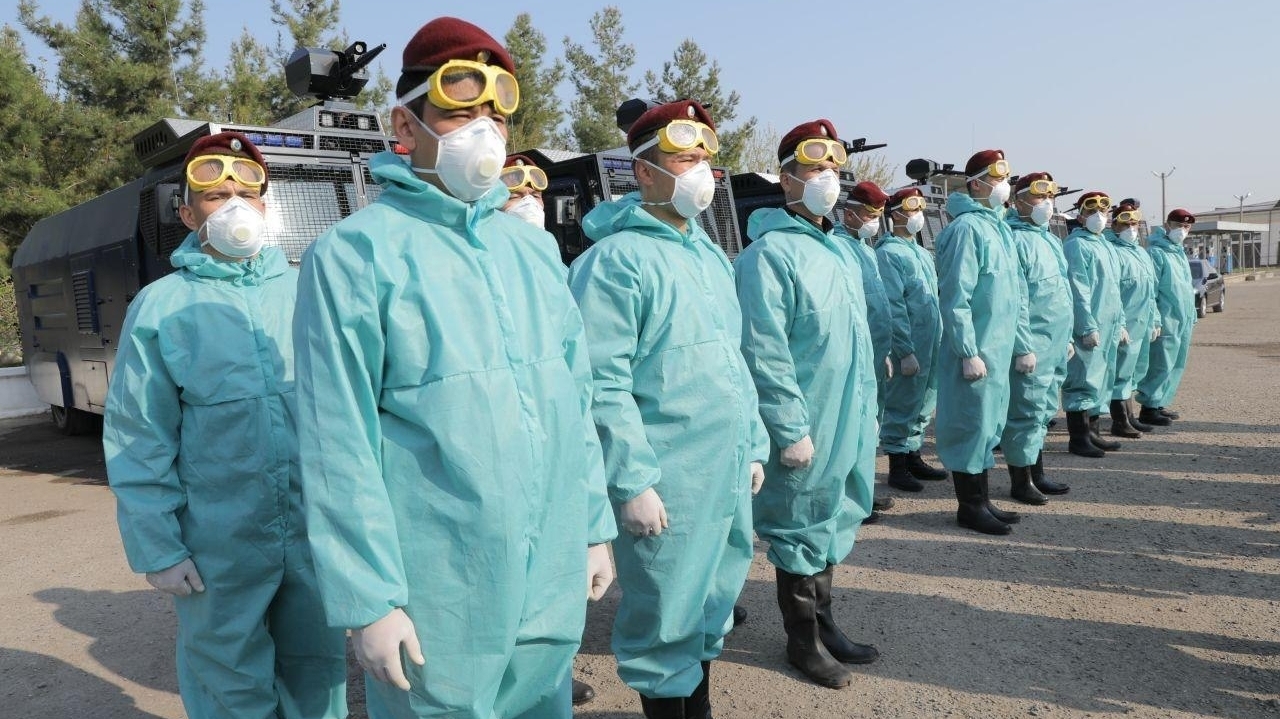 The coronavirus outbreak has posed an international threat to the lives of millions of people around the globe. The virus has impacted over 180 countries, dreading the world economy while international markets have suffered huge losses unseen since the 2008 financial crisis. Till date, the outbreak has taken 220,609 lives and over 3,150,995 people are infected worldwide. Almost 90 percent of the global COVID-19 cases are currently outside China.

The Central Asian countries are no immune to this rampant disease, the region is widely exposed to the infection. States in Central Asia have already shut their physical boundaries to contain the spread of deadly COVID-19 virus. When COVID-19 showed up in the region, the travel restrictions came into force with immediate effect. Even borders between Russia and its neighbouring countries where the mobility was usual, has been sterned, like between Russia and Kazakhstan.

As of 28th April, the coronavirus has shaken Central Asia with economies being crippled and on its knees, the cases of COVID-19 infections rise to 2,860 in Kazakhstan, 1,808 in Armenia, 695 in Kyrgyzstan, and 1,904 in Uzbekistan. There are 70 deaths cases reported in the Central Asian region where 25 people in Kazakhstan, 8 in Kyrgyzstan, 8 in Uzbekistan and 29 citizens in Armenia are dead.

On the contrary, Turkmenistan and Tajikistan have not reported a single case of COVID-19 in their country. Earlier, Reporters Without Borders, a leading international non-profit and non-governmental organization had uncovered that Turkmenistan has banned the use of the word coronavirus in the official documents and in media. Although in March, Tajikistan had called a ban on the entry of citizens from 35 nations and claimed unaffected by this contagious virus.

Kazakh President Kasym-Zhomart Tokaev has already announced a ‘state of emergency’ — a highly sensitive situation and approached the citizens to take necessary measures in the fight against this pandemic and provide financial assistance to the nation’s healthcare framework and financial market. Reportedly, 300 billion tenges (around 700 million dollars) will be invested towards making 200 thousand new job openings, benefitting the society.

The Kazakh government also compensated around 2.7 million of its citizens, whose income was disrupted due to the ongoing lockdown in the nation. The direct-payment to the people has been the boldest step towards reviving the economy and to tackle the social fallout by the curfew caused by the COVID-19 pandemic. On April 14, Deputy Health Minister of Kazakhstan Lyazat Aktayeva said that experts are hopeful that the pandemic is plateauing in Kazakhstan in remarks that are raising hopes of an imminent transition to a gradual return to normality.

On the other hand, Kyrgyzstan has introduced the state of emergency in its two major cities and several districts due to the outbreak, the government has extended the period of emergency to April 30. The Central Asian country neighbouring China has confirmed 489 cases of the virus and has imposed strict curfew in its capital, Bishkek. Kyrgyzstan is finding it difficult to protect the health workers from the spread of the coronavirus, at least 86 of the 489 people identifies with COVID-19 infection were known to be medical staff. And the trouble appears to be increasing rapidly. This figure was 40 before a week. The authority has promised to recompense every healthcare worker diagnosed with COVID-19 with the amount of 200,000 som ($2,570). In case of death, families will be provided 1 million som ($12,850) payment.

In Armenia, the first coronavirus case emerged on March 01 — a 29-year-old man who returned with his wife from Iran. The government declared one month state of emergency on March 16, every educational establishment has been closed until the end of the emergency, while the borders between neighbourhood Georgia and Iran have been shut. Public events and gatherings with over 20 people have been outlawed. In this current scenario, over 1200 people are infected with the contagious disease, one of the reasons behind the spread is the Armenian diaspora living in neighbouring countries like Iran where the virus has killed thousands of people.

Armenian Parliament has also passed a controversial bill which has given broad authority to the government to track citizens’ location and contacts through their smartphones as a measure to slow down the overspread of COVID-19.

To help control the dangerous wild-fire like COVID-19 virus in Armenia, the TOSP apparel manufacturer is enhancing production to manufacture medical masks. Arthur Frangyan, CEO of TOSP said, “To respond to the COVID-19 situation in the country, and specifically to the shortage of masks, we initiated production and distributed the masks among our employees and customers. Then, we started receiving orders from companies and organizations.”

In Uzbekistan, all provinces are under lockdown and the government has banned all the citizens from leaving their houses, omitting people for grocery or medicine shopping. Public gathering from numbers greater than three are not allowed and the administration has suggested maintaining social distancing of at least 2 metres from each other. Some of the biggest cities which are under locking are Namangan and the capital, Tashkent, outside which the government has built a quarantine facility accommodating 20,000 beds in modified cargo containers.

The health workers in Uzbekistan are highly exposed to the infection, and accordingly, Uzbek President Shavkat Mirziyoyev announced large bonus payments for medical workers working with Corona patients. Medical personnel who get infected while treating virus patients will get $10,000 each. President has also ordered regional leaders and figureheads of the industry to prepare and ensure enhanced agricultural produce and called for the expansion of the country’s food reserves. He said, “This is the only way to partially compensate for losses in other sectors of the economy and to protect employment and incomes.”

To win the battle against the most feared disease of the generation, every nation must come together and fight as one. The Central Asian countries are lacking healthcare cooperation in these tough times. To be honest, the five countries have no more of a similar policy or response to the corona crisis than any other region on the planet. The multilateralism between the countries could serve its purpose by defeating the virus together and by setting an example for the rise of humanity again.