Will COVID-19 Influence the Current Global Order? Analysing How Socialism is Attaining Global Support in This Pandemic 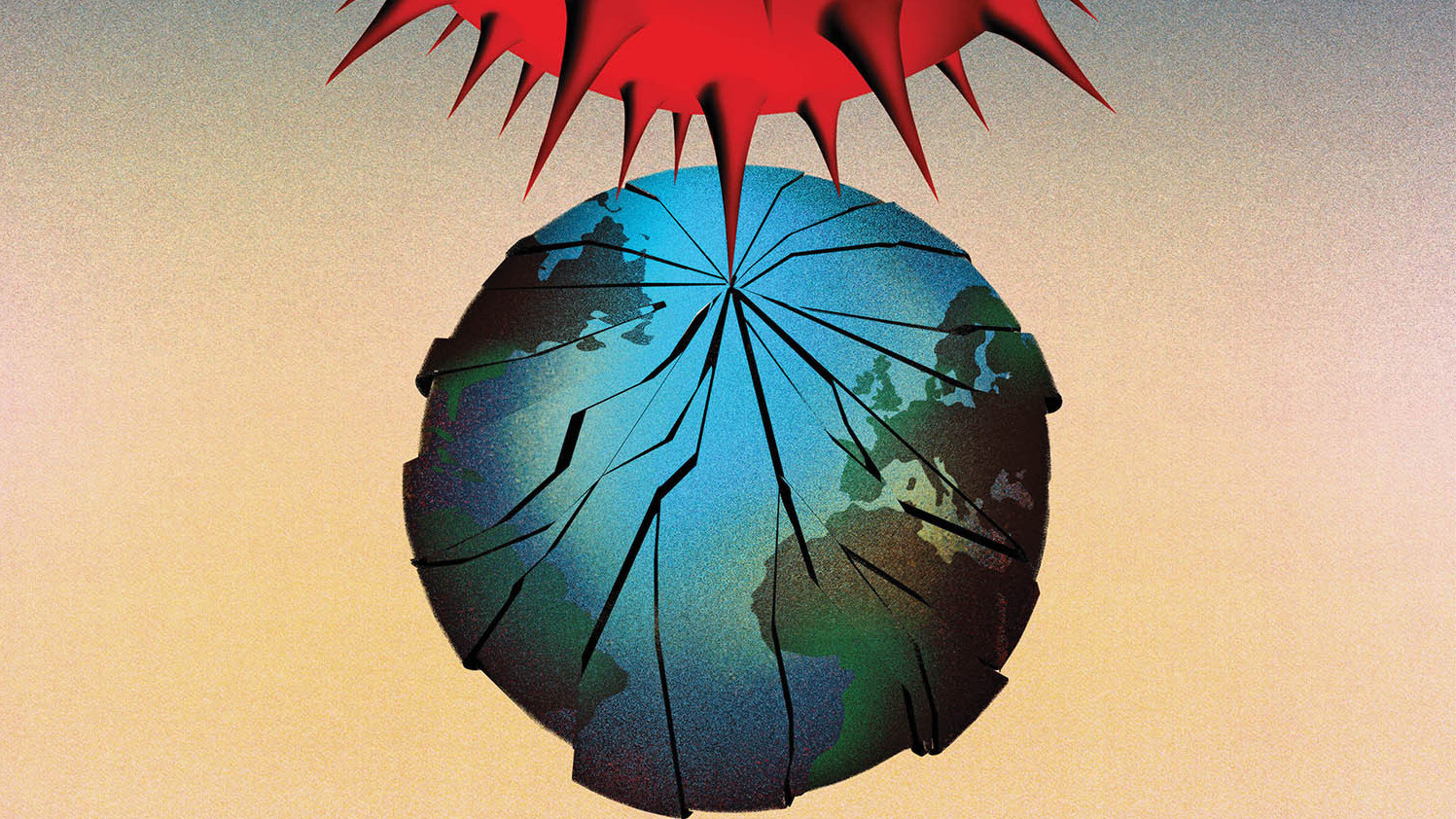 To a certain extent, the pandemic will redefine the existing global order. But it is not going to happen in a day. Even though World War II changed the then existing global order, and UN Secretary-General himself said that the World is going through a most challenging crisis since WWII, it will take time to change the present global system. It will depend on the scale and intensity of pandemic and the capability of nations preventing it.

In all aspects, COVID-19 will be a step to the new global orders. Global North nations are struggling from the Covid-19. By this time the United States of America (USA), the United Kingdom (UK) and Italy have faced huge setbacks in their economy. ‘Belt and Road Initiative’ of China now facing a crisis due to pandemic. COVID-19 accelerated the crisis of the Indian economy. The unemployment rate of India has risen to 26%, which is going to affect around 140 million people. Regional organisations such as the European Union (EU) and the Association of South-East Asian Nations (ASEAN) are still struggling to organise their member nations to fight against the pandemic. As of now developing or global south nations are not much affected by COVID-19, as compared to developed nations. The lack of testing, lack of medical facilities and also lack of awareness may be the reasons for the low reporting of COVID-19 in these nations. In the coming days, it is going to be a great challenge for these poor nations to resist the pandemic.

The world witnessed the role of Socialist nations in this pandemic. Socialist nations or socialist governments are giving importance to policies to resist the pandemic. But populist pro-capitalist nations are giving importance to propaganda and emotional politics. They accused China of this pandemic. The conspiracy theories, fake news and Sinophobia made them possible to blame China. The USA took a long time to formulate the protocol to resist COVID-19. But Kerala, a state in India already formulated this protocol before a couple of weeks prior to the USA. US President Donald Trump attacked China by calling ‘Wuhan Virus’ and ‘China Virus’ rather than using the medical terms.  Right-wing governments, right-wing parties and some religious leaders are propagating conspiracy theories and sinophobia during this pandemic. On the other side, we saw the efficiency and commitment of socialist nations in preventing COVID-19 at its initial period itself.

The life of poor people is difficult in the so-called developed nations or global north nations. The lack of a public health system, lack of people-friendly policies and welfare plans compelled them to risk their lives. These nations are not giving concern to old age people and differently-abled persons, which exposed the real face of these so-called liberal democratic nations. The stagnation of the economy will also shake the present global power structure. Many multinational companies and other global giants faced severe setbacks from the pandemic. Market-oriented nations will face severe setbacks in the future.

Will COVID-19 become another Black Fever?

If we examine the consequences and aftermath of Black Fever or Plague of the 13th century, we can see how it made an impact on the global system. The black fever accelerated the decaying of serfdom in medieval Europe. Many people migrated to urban areas. Black fever also affected the domination of the Church all over Europe. The church propagated that the black fever was the ‘Punishment of God’. But this propaganda failed to a certain extent. People then began to question the supreme authority of the church, especially the authority of the church over salvation. Thus, Black Fever became a locomotive of political, social and economic changes.

Like a black fever, the present pandemic will influence the global order. The global powers are facing severe criticisms from all over the world. The continuing sanctions of the USA and other pro-US nations against Iran, Venezuela, Cuba and others, even in this time of pandemic generated public opinion against US hegemony. G8 nations faced severe setbacks from COVID-19. In the future, the role of the Shanghai Cooperation Organisation (SCO) and tri-continental nations will increase. Most importantly the godfathers of the global economy such as IMF and World Bank will reduce its influence in proportion to weakening the US economy. The West Asian nations especially Saudi Arabia and the United Arab Emirates (UAE) are still lagging in diversifying their economy. Pandemic seriously affected the oil industry and OPEC (Organization of the Petroleum Exporting Countries) nations. By this time many nations including Italy, Serbia and others inclined towards China. After the pandemic, there is a chance that more nations may join in China’s Belt and Road Initiative.

The other perspective about the impact of the pandemic on global power structure is that the drug companies and technology companies are now fit to determine the global economic powerhouses. The hybrid war will intense after the pandemic. If we take different periods of world history, we can see the impact of certain economic fields on the global economy which also influenced history. Role of textile industry during the 17th century, iron and coal in the 18th and 19th century, oil in mid of the 20th century are some examples of economic inputs that determined the output of economic structure and progress. Even now many nations due to economic imperialism of the USA and hybrid war are suffering from medical shortages such as Iran and Venezuela. Unfortunately, India did not express any solidarity or not even sent a single flight of aid or assistance to Iran; the nation which expressed solidarity to Iran in 1990s now became the most trusted amigo of the USA.

Ideology can influence in determining the global order. Whether it is the ideology of hatred or the ideology that stood for humanity and the welfare of people, it can influence the global system. Many political parties with the support of government itself are promoting jingoism and unscientific non-humanitarian arguments to divert the attention of people from the existing social realities. This is dangerous. Neo-fascism is able to convert the harsh social conditions into their favour by injecting racism, xenophobia, religion and politics of hatred. The pro-government post-truth national and international media will assist in this war of information. We witnessed this in the cold war era. During the cold war, pro-capitalist media, radios, movie industry, cartoons and many more succeed in creating the consumerist hallucinations and pro-US emotions among people.

Socialist nations will become key actors in the changing world order if the nations come forward to condemn and act against the USA for their hardships over others. Socialist nations such as China, Vietnam and Cuba are extending their solidarity, mentally and physically, towards the victim of imperialism and poverty. By this time Cuba succeed in gaining the global attention and trust of many nations, the nations which also have the stain of sin equivocally to the USA and its hybrid war. The ‘Cuban Medical Internationalism’ became a shining chapter in this pandemic. Until March 2020, the ‘White Army’ of Cuba was present in already 59 countries.

As mentioned above, it will take some time to manifest the impact of the pandemic over the existing world order. Anyhow, it is a reality that the present global system is struggling for its existence and pandemic enhanced the momentum of crisis. It will also become a step to determine the future world order and change in all aspects.

1 reply on “Will COVID-19 Influence the Current Global Order? Analysing How Socialism is Attaining Global Support in This Pandemic”